Present at the show were children of all ages and experience, from those who ride once a week to more advanced riders who lease or own horses at the barn. The only criterion was that participants were active riders at the farm. 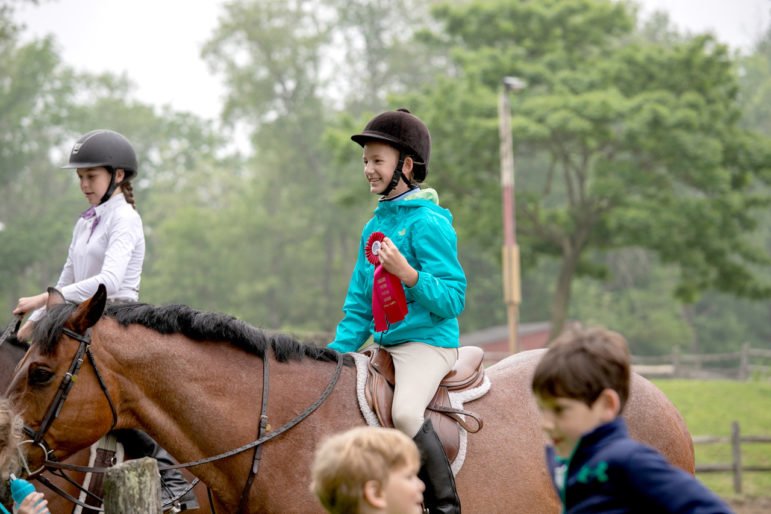 Kelsey Farm was purchased in 1949, initially to house two rented ponies from Playland, but soon became a local business.

Since then, hundreds of children have filtered through the farm and the affiliated Pony Club.

Elise “Easy” Kelsey, who owns and runs Kelsey Farm, explained what sets the annual horse show apart. “It is completely friendly… We are there for the riders to have fun and try their best, and also to show their parents what they’ve done because a lot of the parents have not been able to see.” She added, “People meet each other and realize, ‘Oh, your child rides at Kelsey too,’ and new friendships are made. It’s just a very intimate, cozy sort of thing.” 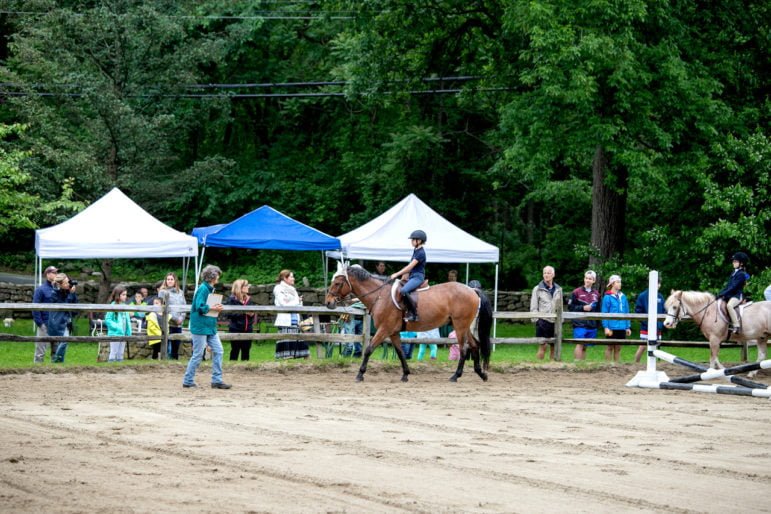 Despite some light rain and wind forcing part of the show inside and a few rider mishaps, the day was a success. There were seven divisions to account for the different age groups and skill levels present.

The regular employees of the farm were all in the ring helping run the show or watching from the side, and often Kelsey would turn to the crowd to explain the details of an event. As usual, the Greenwich Pony Club ran the concessions stand. 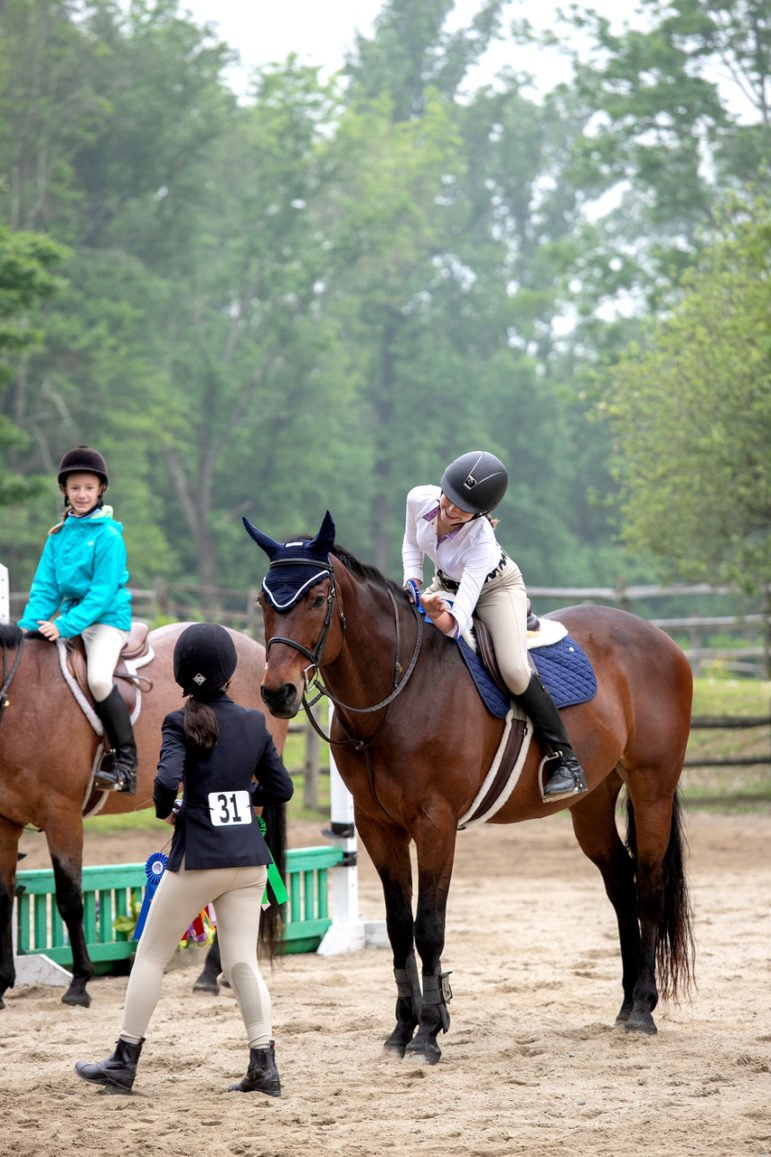 The show was a casual, unrated event, meaning that it did not help riders qualify for larger shows. However, there was a judge and prizes were awarded in the usual form of ribbons (handed out by Kelsey’s granddaughter Bix Merrow, aged six). Kelsey felt this provided a good balance, saying, “It’s a great first show for [some of the younger] kids, but it’s also a good test for the older kids.”

For many of the competing riders, the Kelsey Horse Show is their introduction to the world of competitive horse riding, while for others it’s a casual event in-between larger shows and a chance to compete among friends. Regardless of experience, Kelsey emphasized that, above all, “it’s supposed to be fun.” 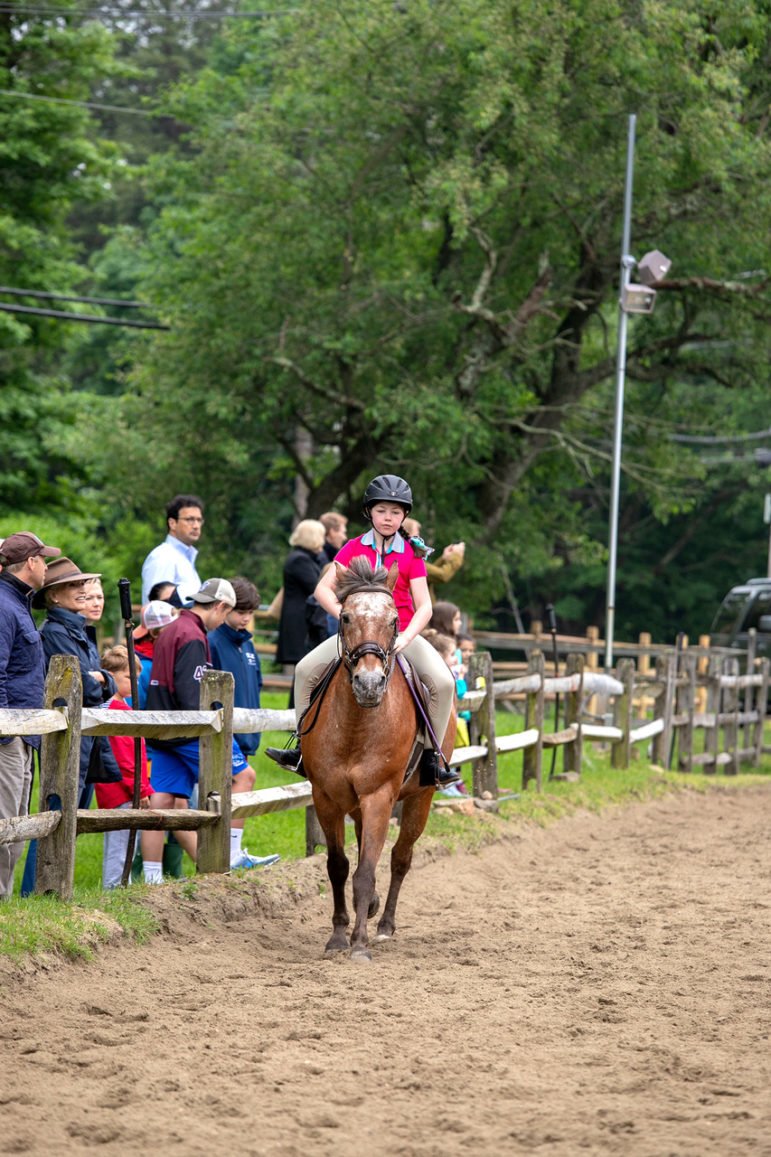