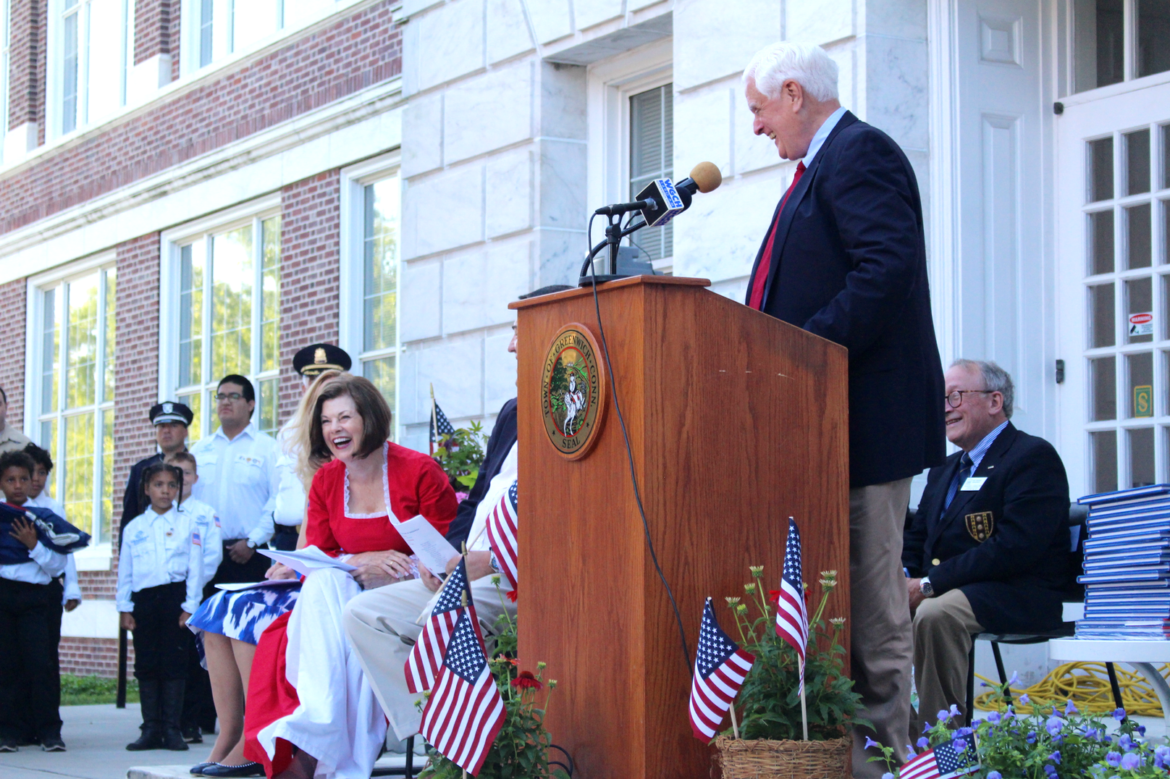 The Independence Day Association of Greenwich put on a very special Fourth of July Ceremony at Town Hall. Bea Crumbine, who introduced dignitaries including John Toner, State Rep Mike Bocchino, State Rep Fred Camillo, Police Chief Jim Heavey  and several former Greenwich Selectmen, said that an event like Monday’s takes the work of friends, volunteers and organizations whose goal is to make the 4th of July meaningful for the children of Greenwich, and take some of the focus off fireworks, barbecues and picnics.

“The holiday is so much more as we try to understand what Greenwich was like in the Revolutionary War and who these patriots were who built and saved our town,” Crumbine said.

Crumbine went on to quote Lincoln’s 1852 eulogy of Henry Clay: “On the fourth day of July, 1776, the people of a few feeble and oppressed colonies of Great Britain, inhabiting a portion of the Atlantic coast of North America, publicly declared their national independence, and made their appeal to the justice of their cause, and to the God of battles, for the maintenance of that declaration. That people were few in numbers, and without resources, save only their own wise heads and stout hearts.”

The event featured the Boy Scouts presentation of 13 Colonial flags, a reading by Carter and Peter Hughes, and flag raising by the Boys & Girls Club of Greenwich honor guard. 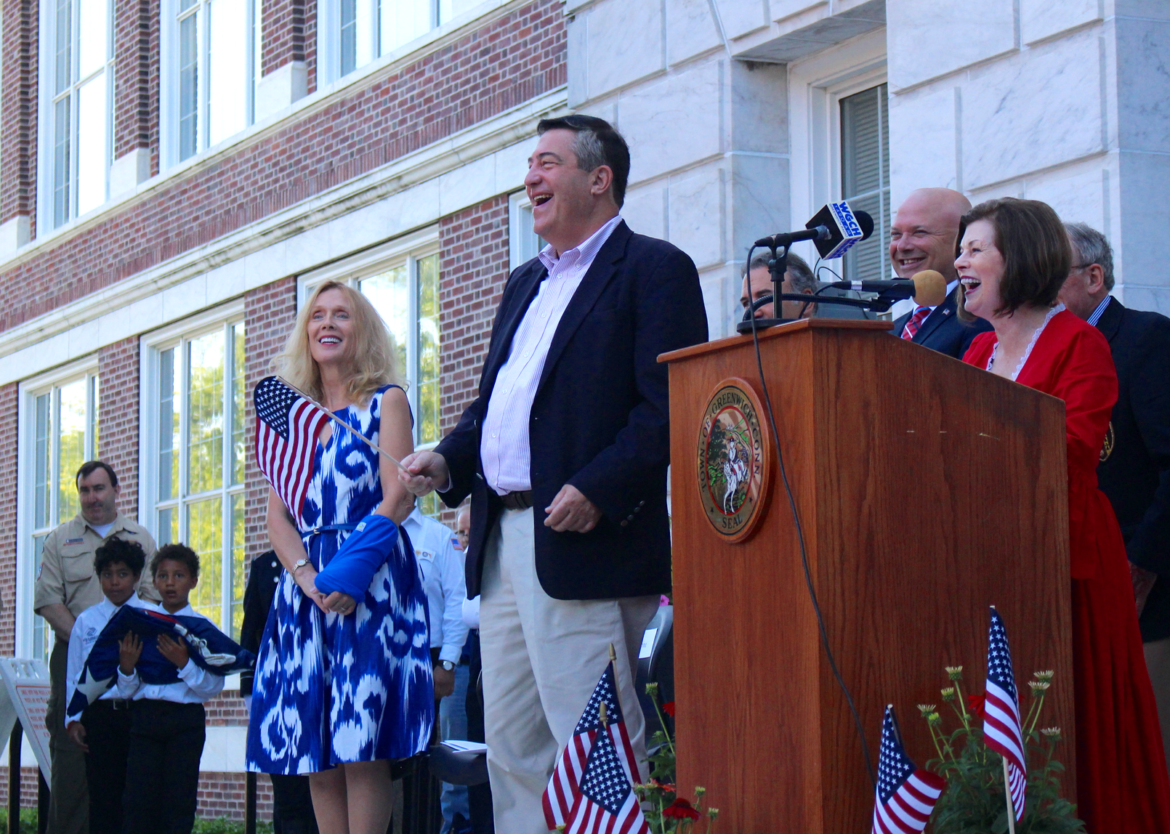 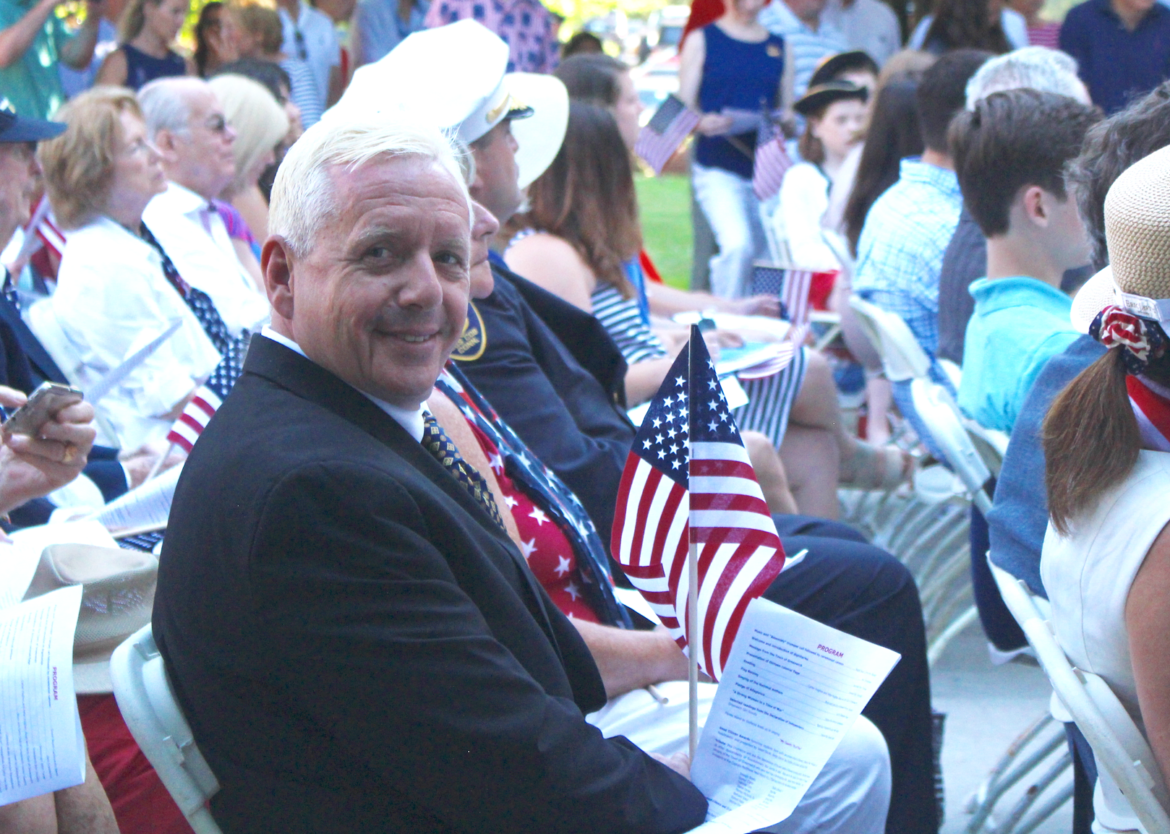 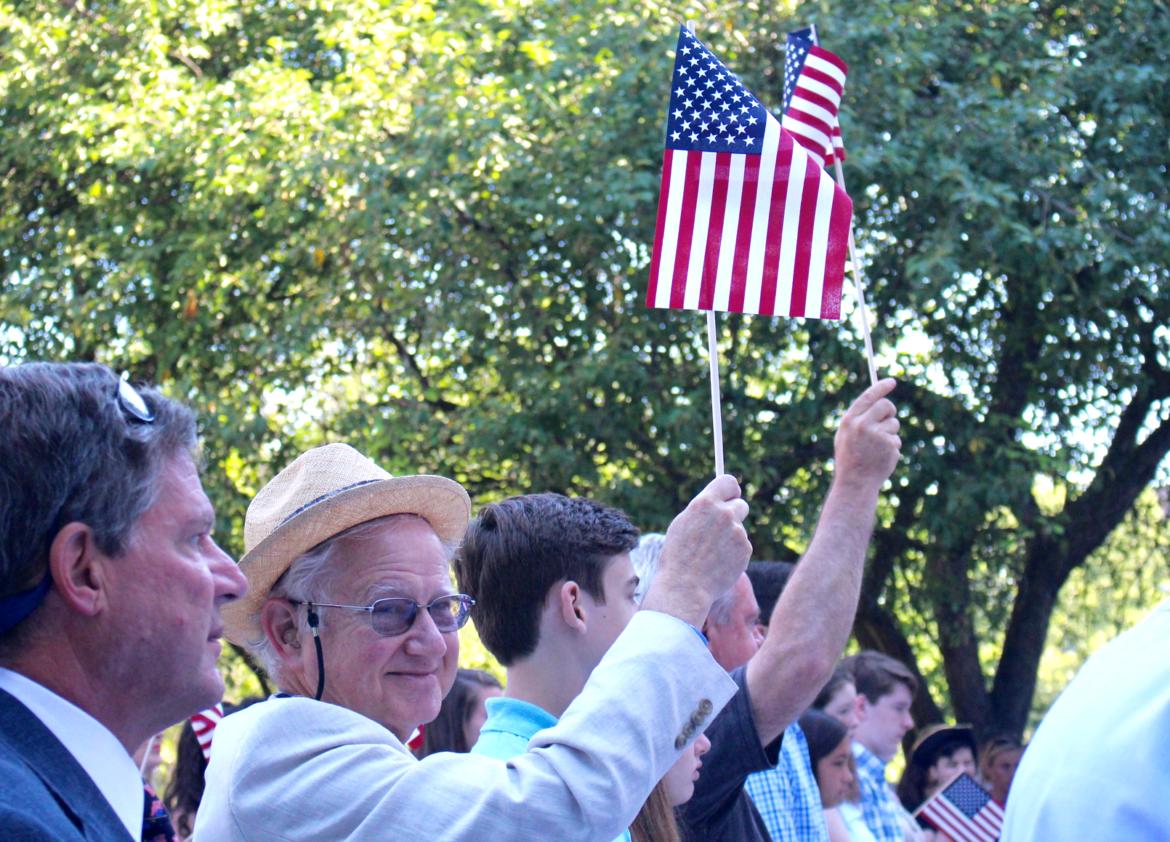 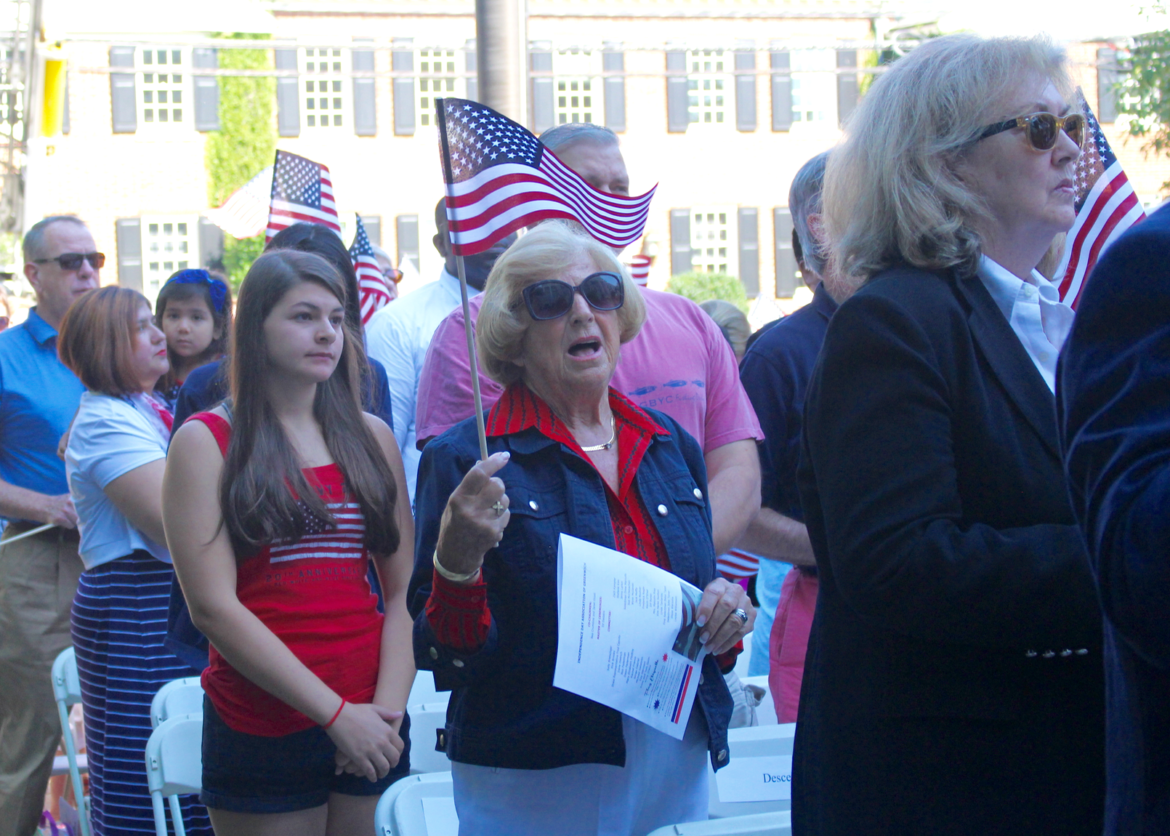 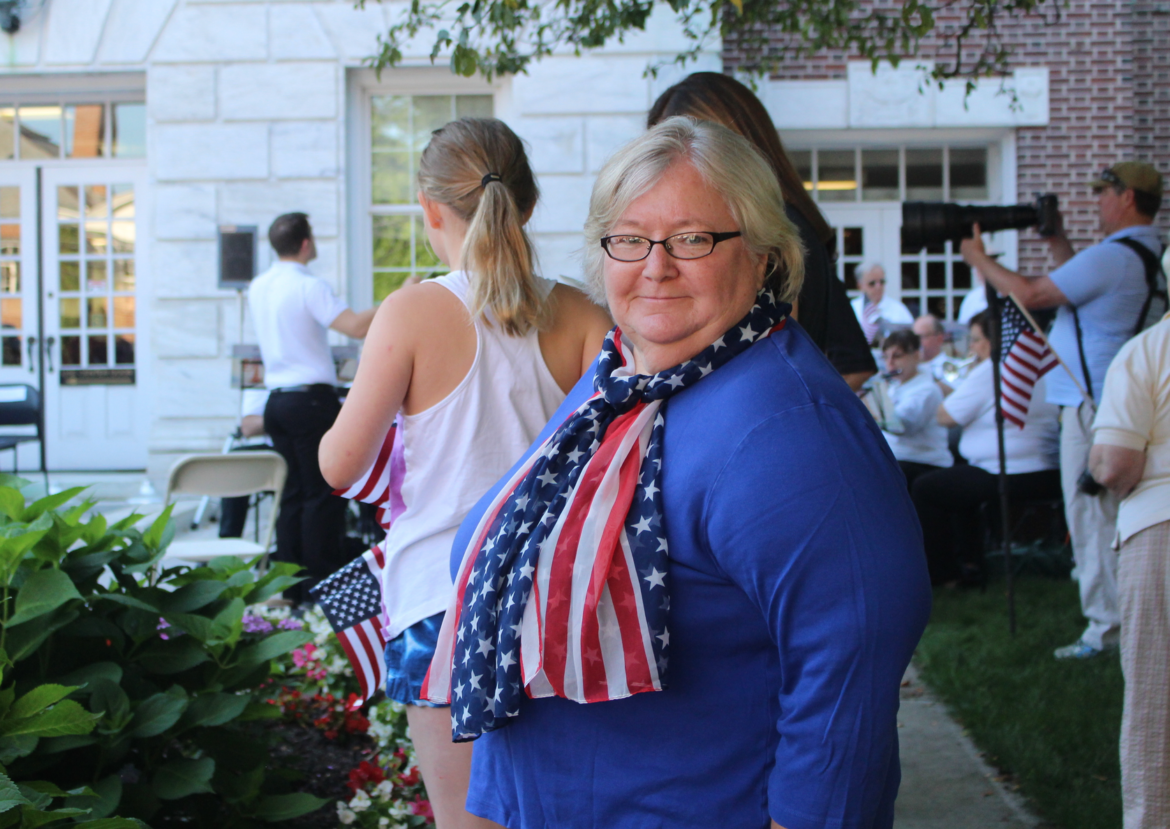 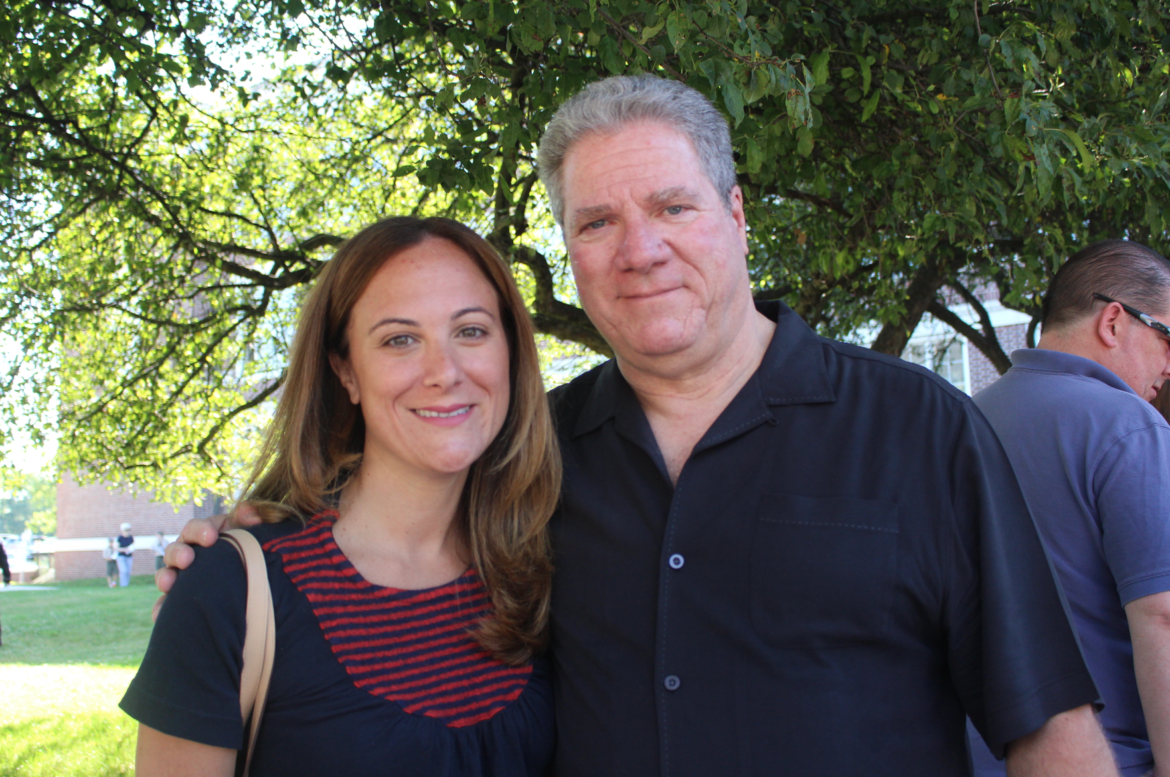 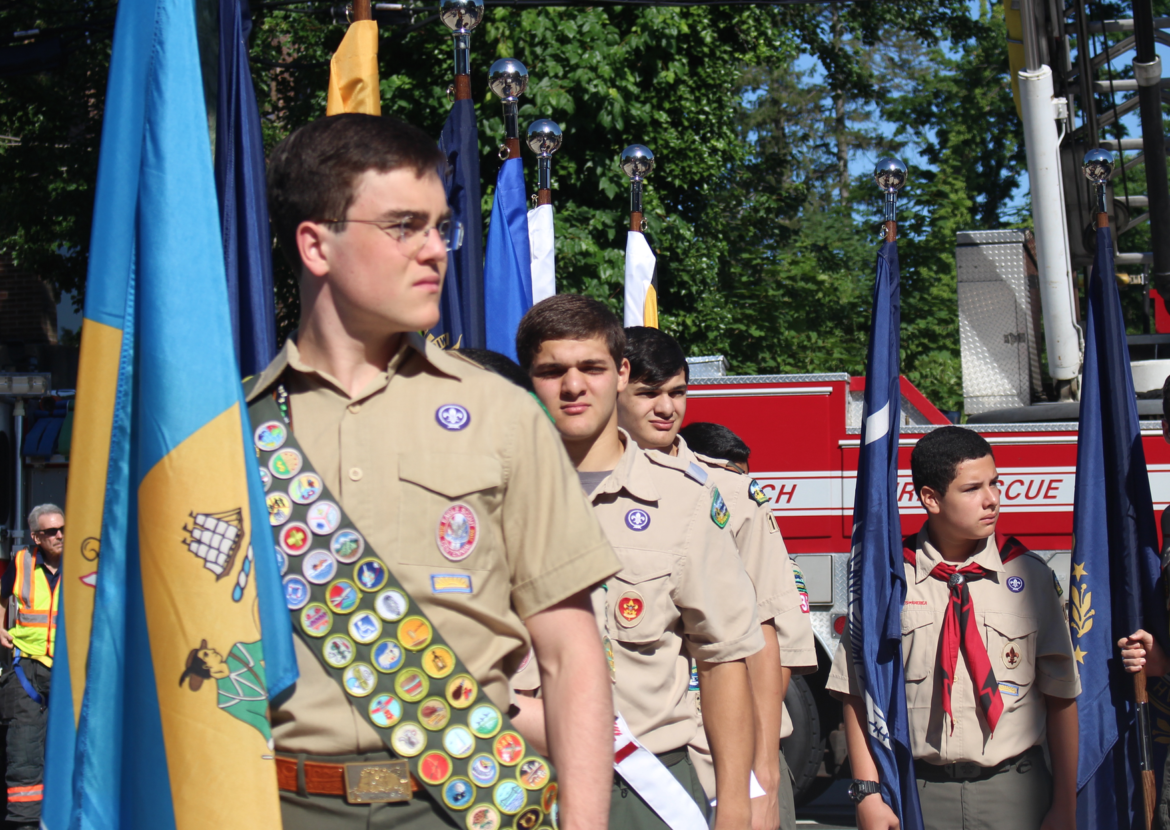 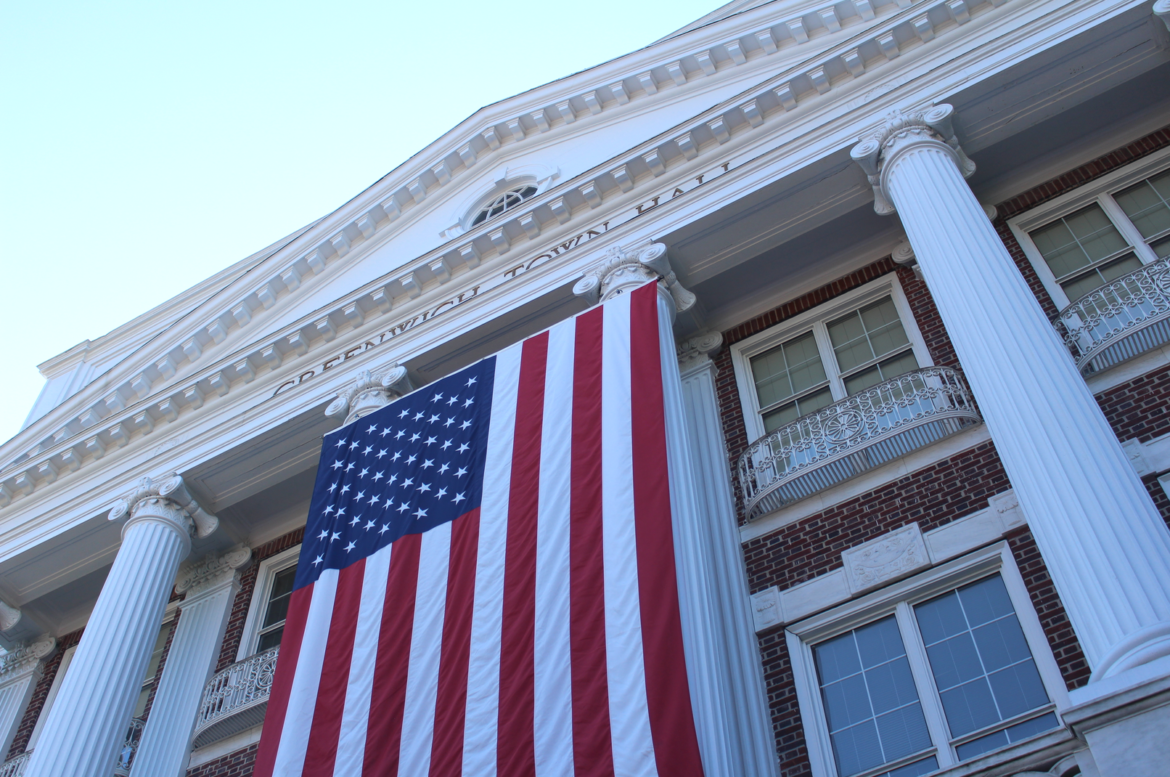 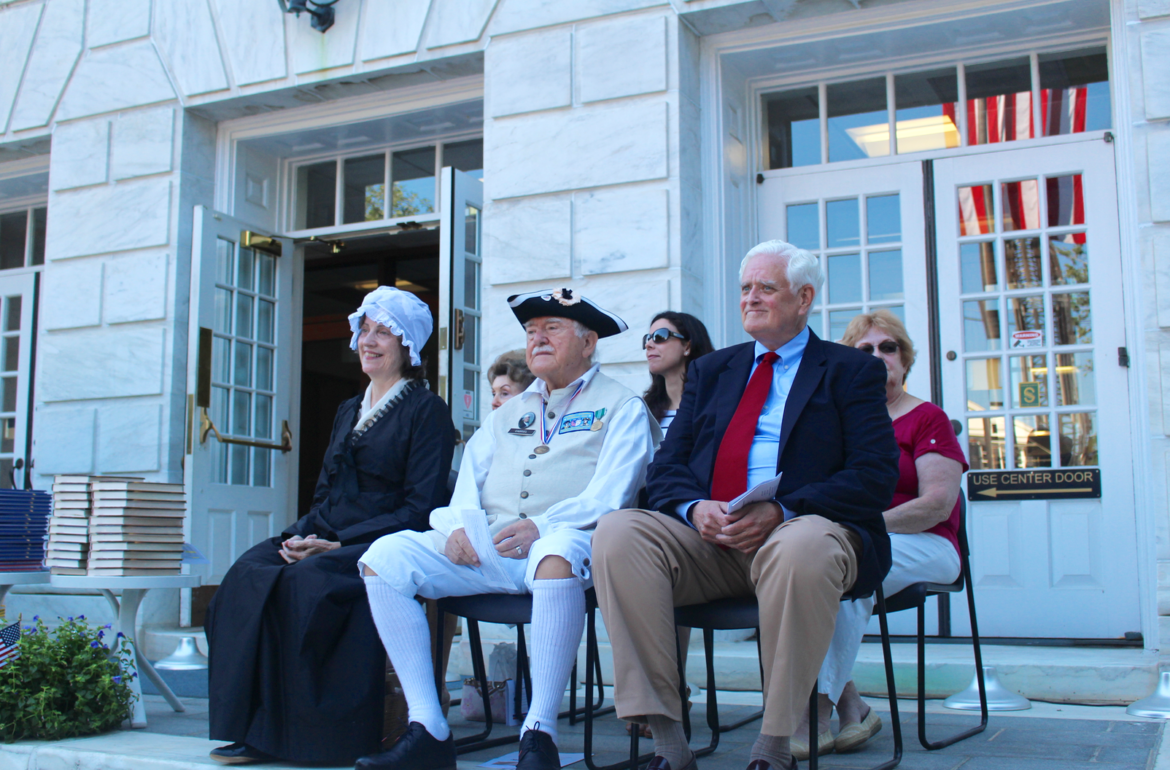 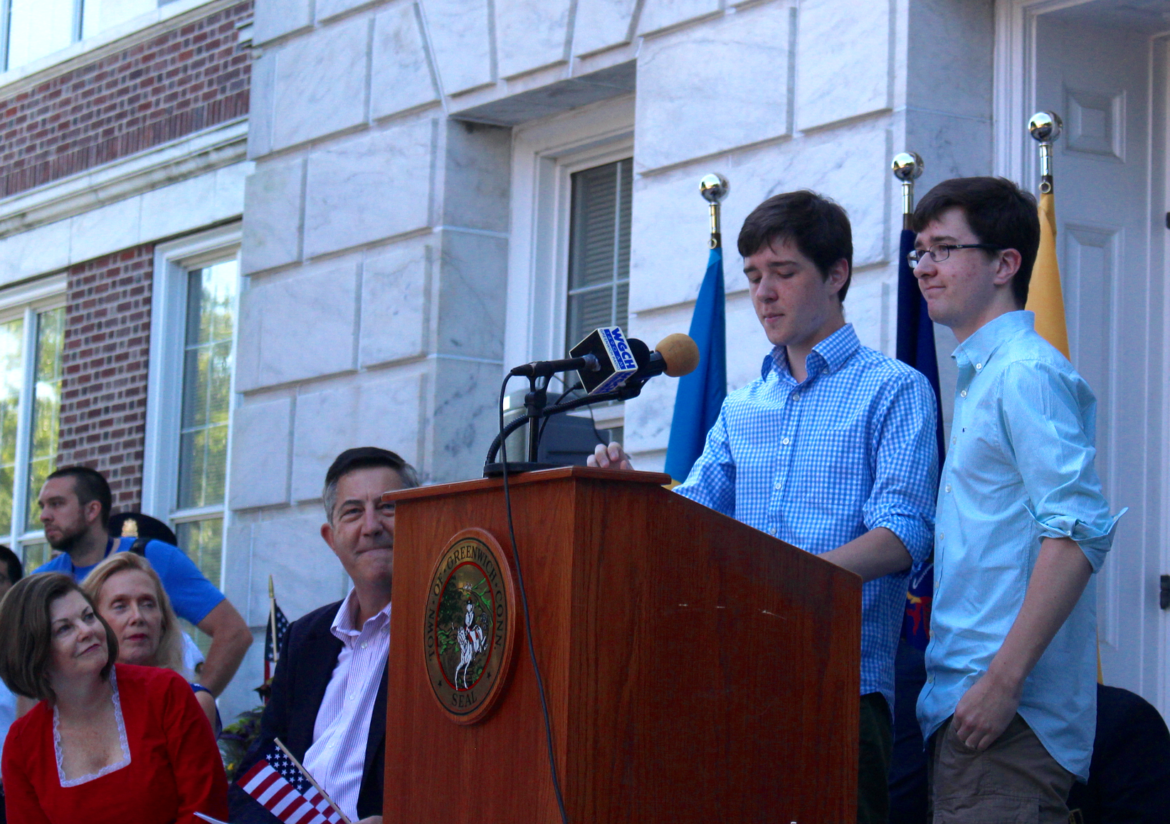 Carter and Peter Hughes paid a tribute to the American flag at the Independence Day ceremony at Town Hall, July 4, 2016 Credit: Leslie Yager