New Lebanon School fifth graders paid it forward on Tuesday by participating in a longtime sweet tradition at their elementary school in Byram. 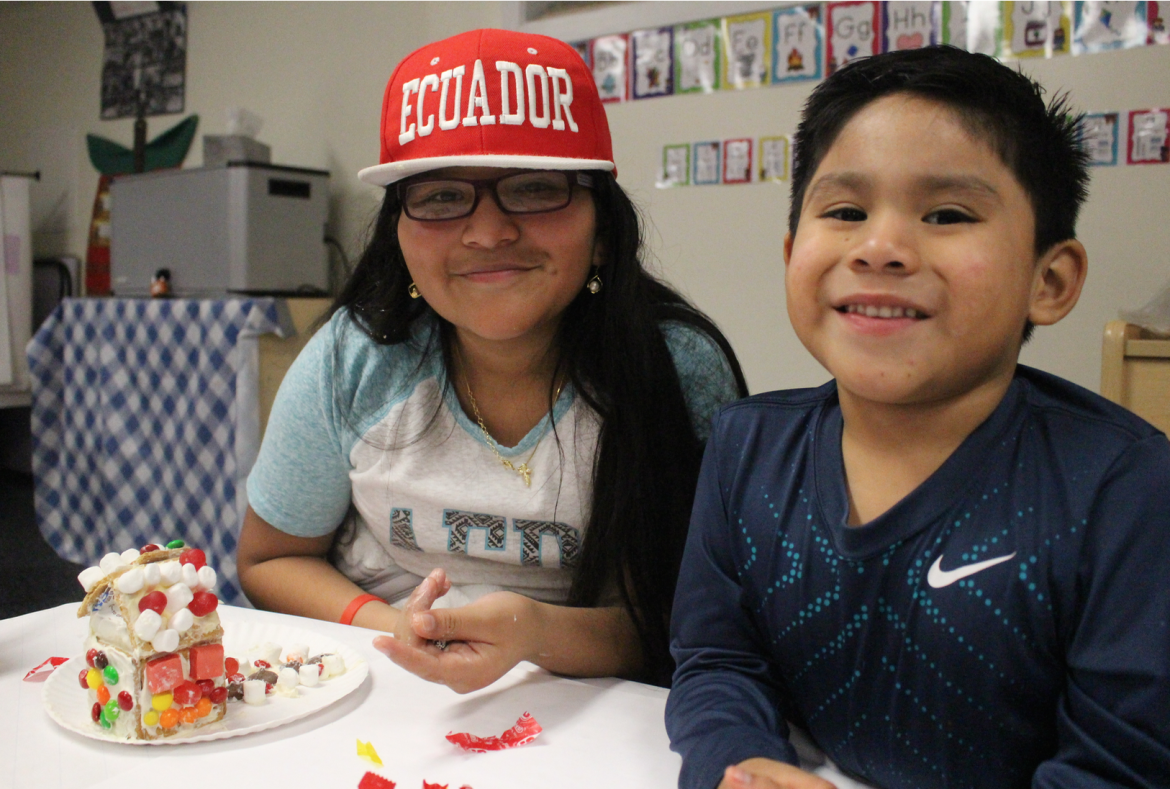 Venturing over the Byram Archibald Neighborhood Center (BANC) from the main New Lebanon campus, the fifth graders paired up with the kindergartners to make gingerbread houses. The frosting was flowing, and the candy – starburst, peppermints, Starbursts, marshmallows and chocolate drops – along with graham cracker for walls and roofs were assembled with enthusiasm. 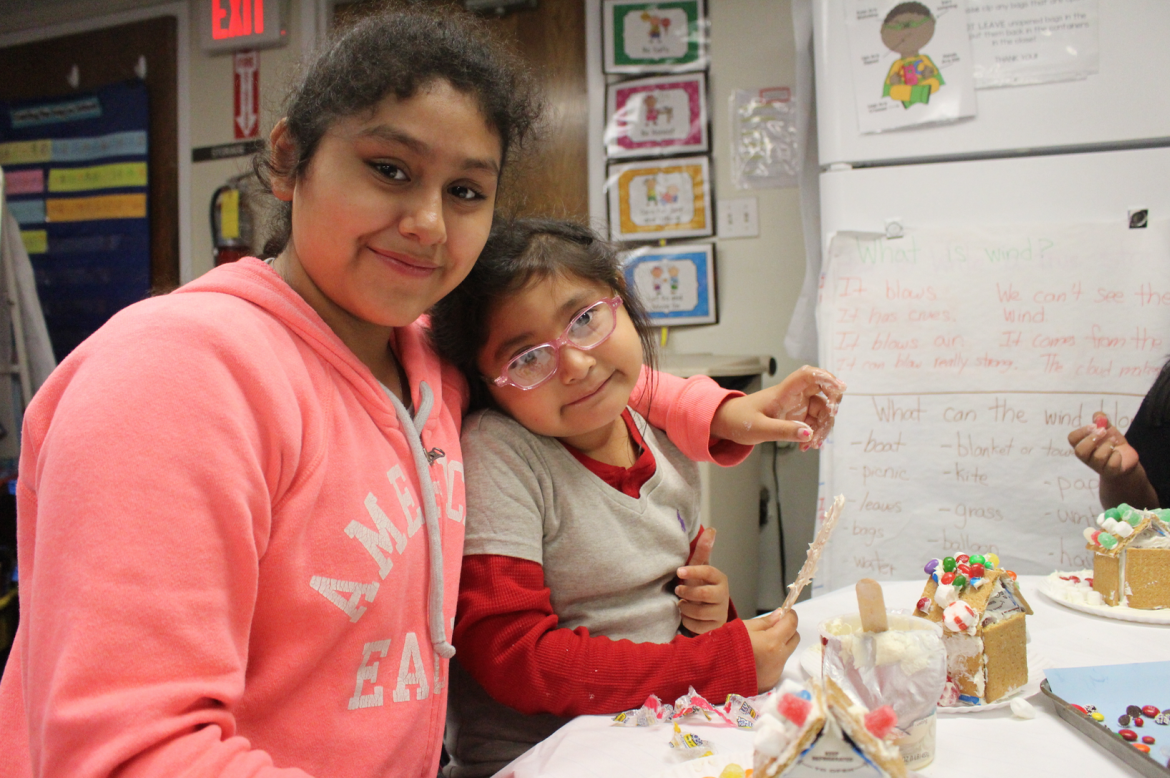 Sisters Alondra Santana (5th) and Margarita Garista (K) got a rare chance to spend time together during the school day when they made gingerbread houses together, Dec. 22, 2015 Credit: Leslie Yager

Longtime Fifth grade teacher Linda Shirley said she loves this tradition, which she guessed goes back about ten years.

Fifth grader Jocelyn Zhingri said she remembered making the gingerbread houses when she was in kindergarten. “It’s more fun to help the kindergartners do this than it was to do it when we were in kindergarten,” she said.

“It’s a New Lebanon tradition for fifth graders to do fun activities with the kindergartners. We did videos with them too. We took the cheerleader song and changed the words, so it was ‘Oo, I think I found myself a text feature…’,” Jocelyn said.

Ashley Quicano, 11, made her gingerbread house with her downstairs neighbor, kindergartner Thiago Mendoza, 5. “I love spending time with Thiago. He’s like a brother,” she said, adding that she misses her sister who doesn’t live here. 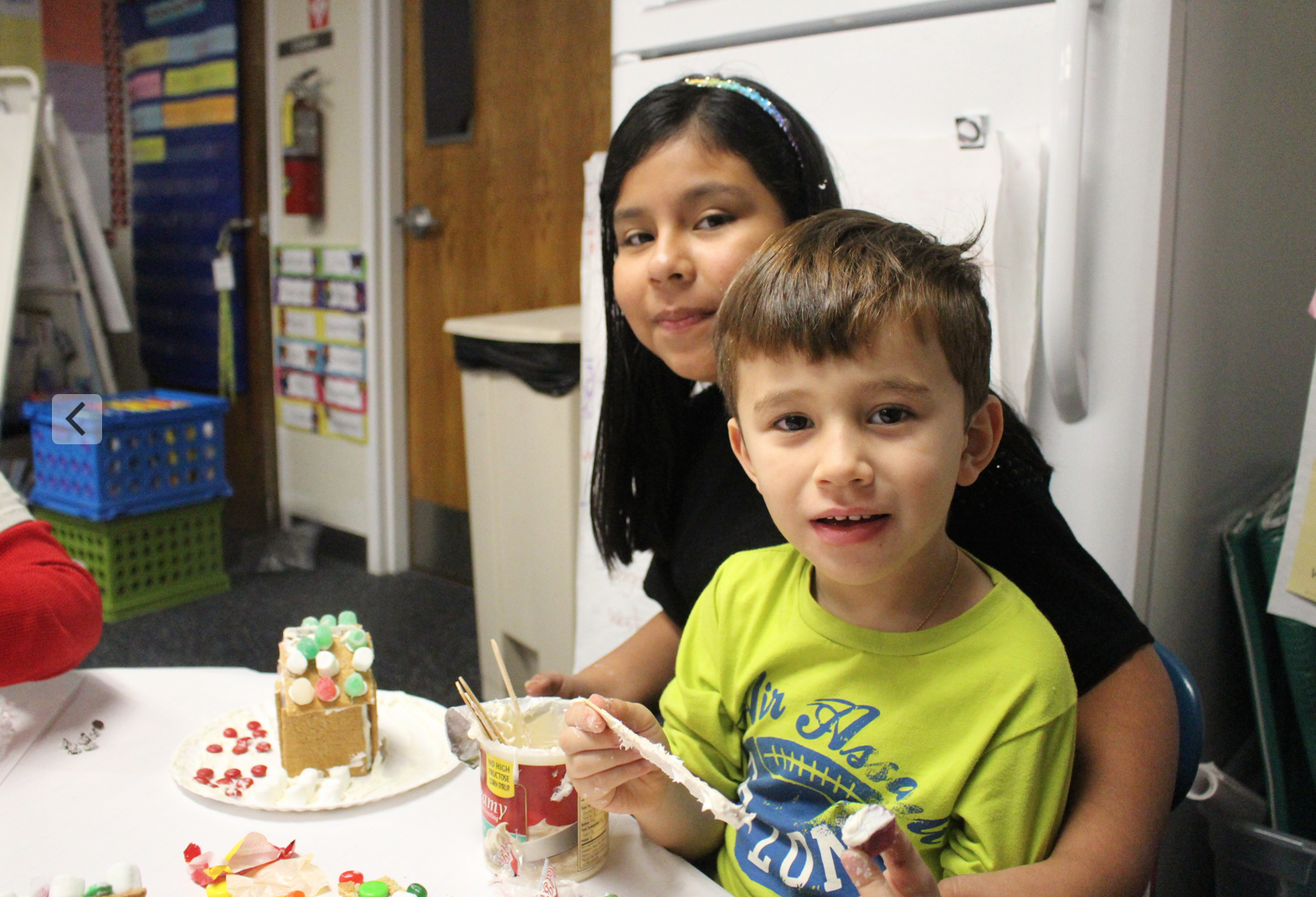 Ashley Quicano (5)  and Thiago (K) happen to live in the same building in Byram and enjoy spending time together, Dec. 22, 2015 Credit: Leslie Yager 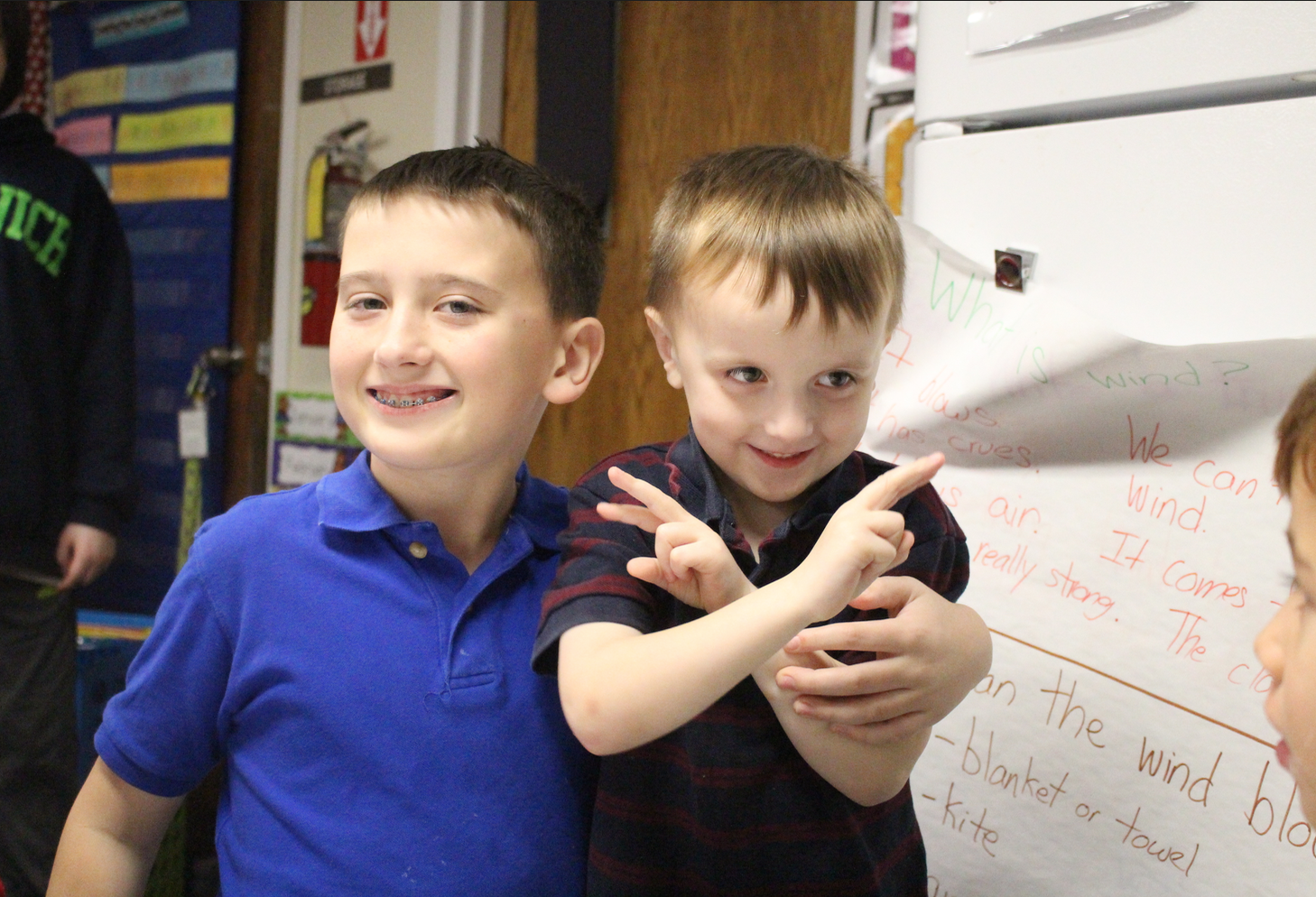 Peter Kilgallen (5) and his brother Daniel (K) at the gingerbread project at BANC on Dec. 22, 2015. Credit: Leslie Yater 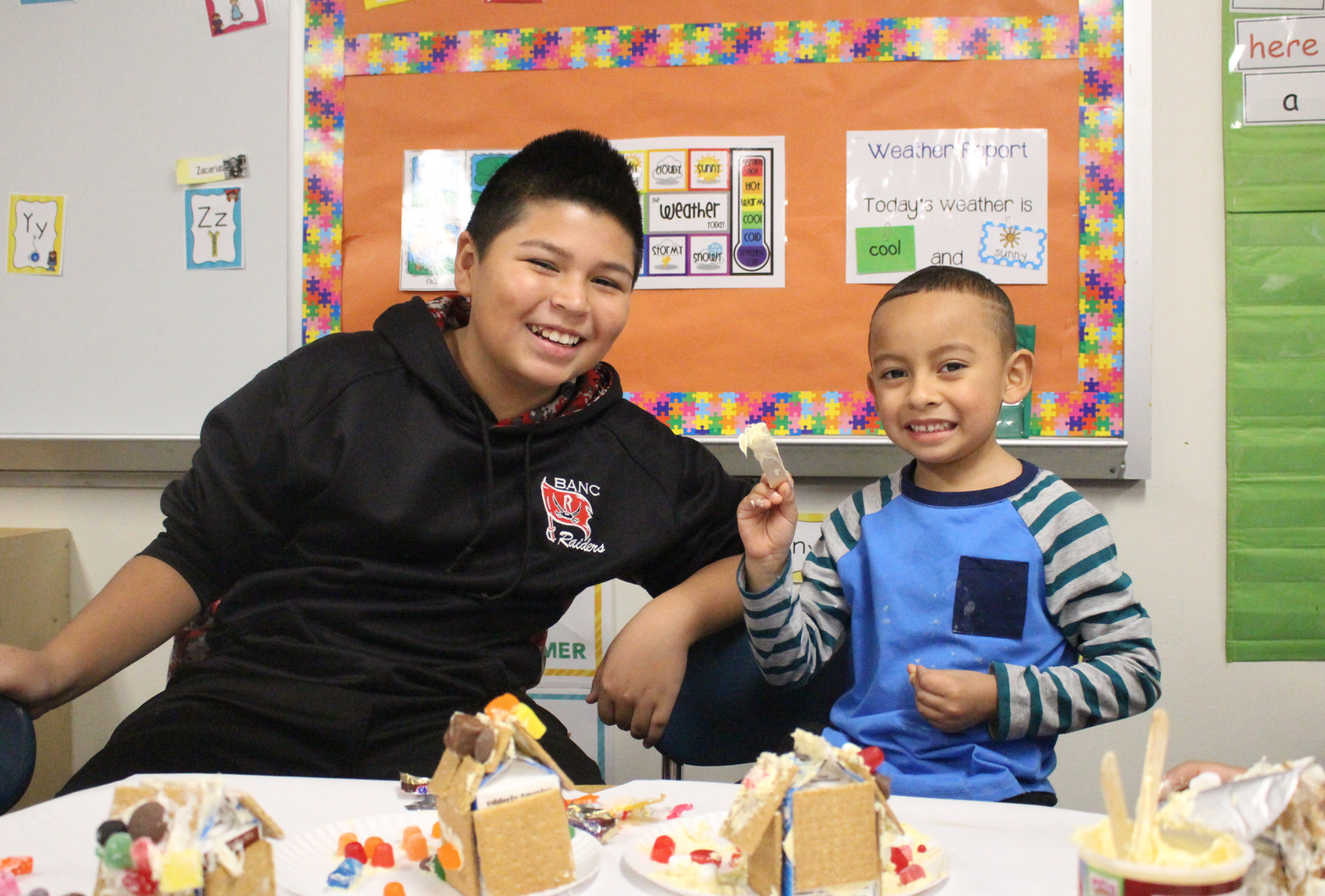 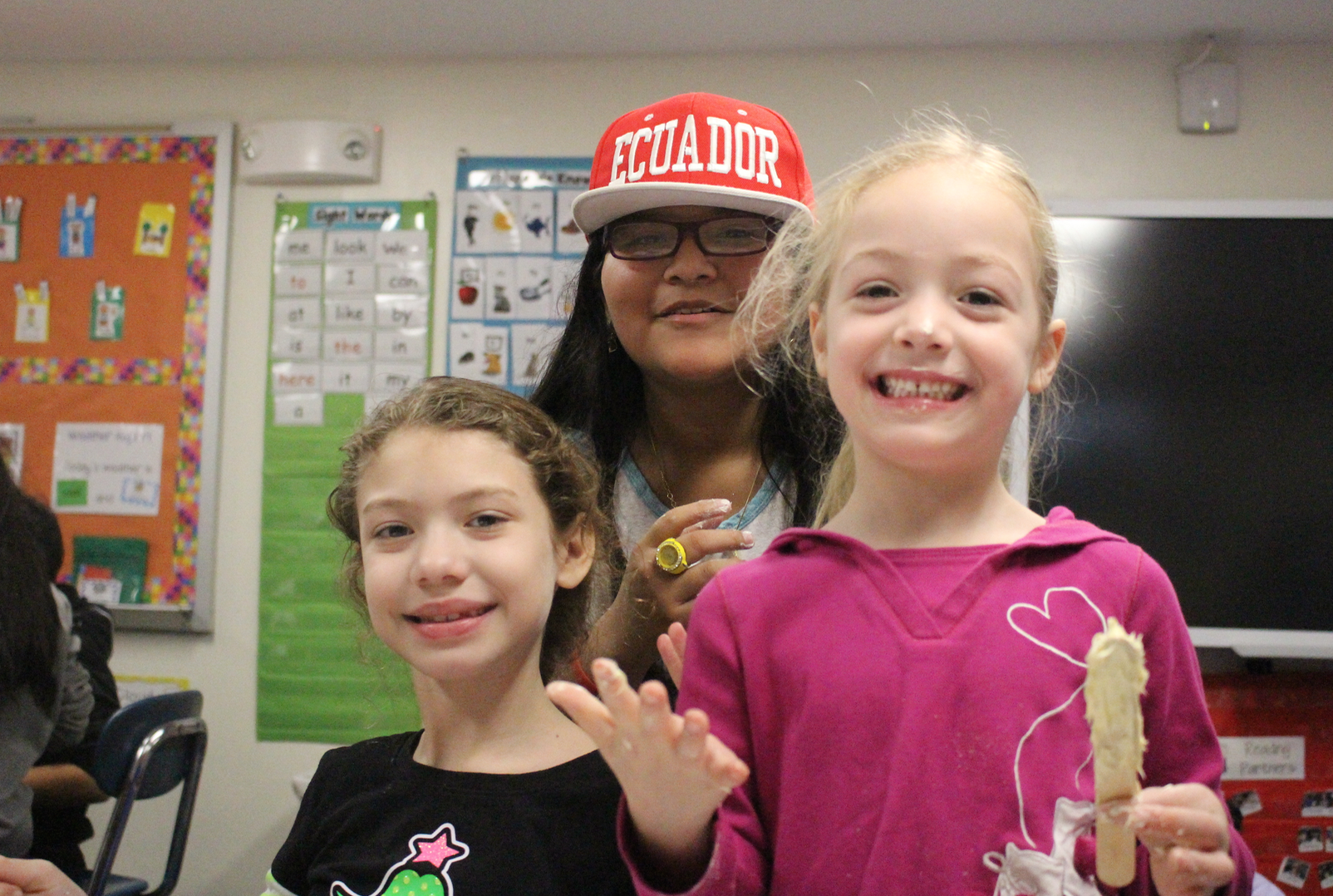 Caitlyn O’Neill has a bit of frosting on her nose on Tuesday at BANC. Dec 22, 2015 Credit: Leslie Yager 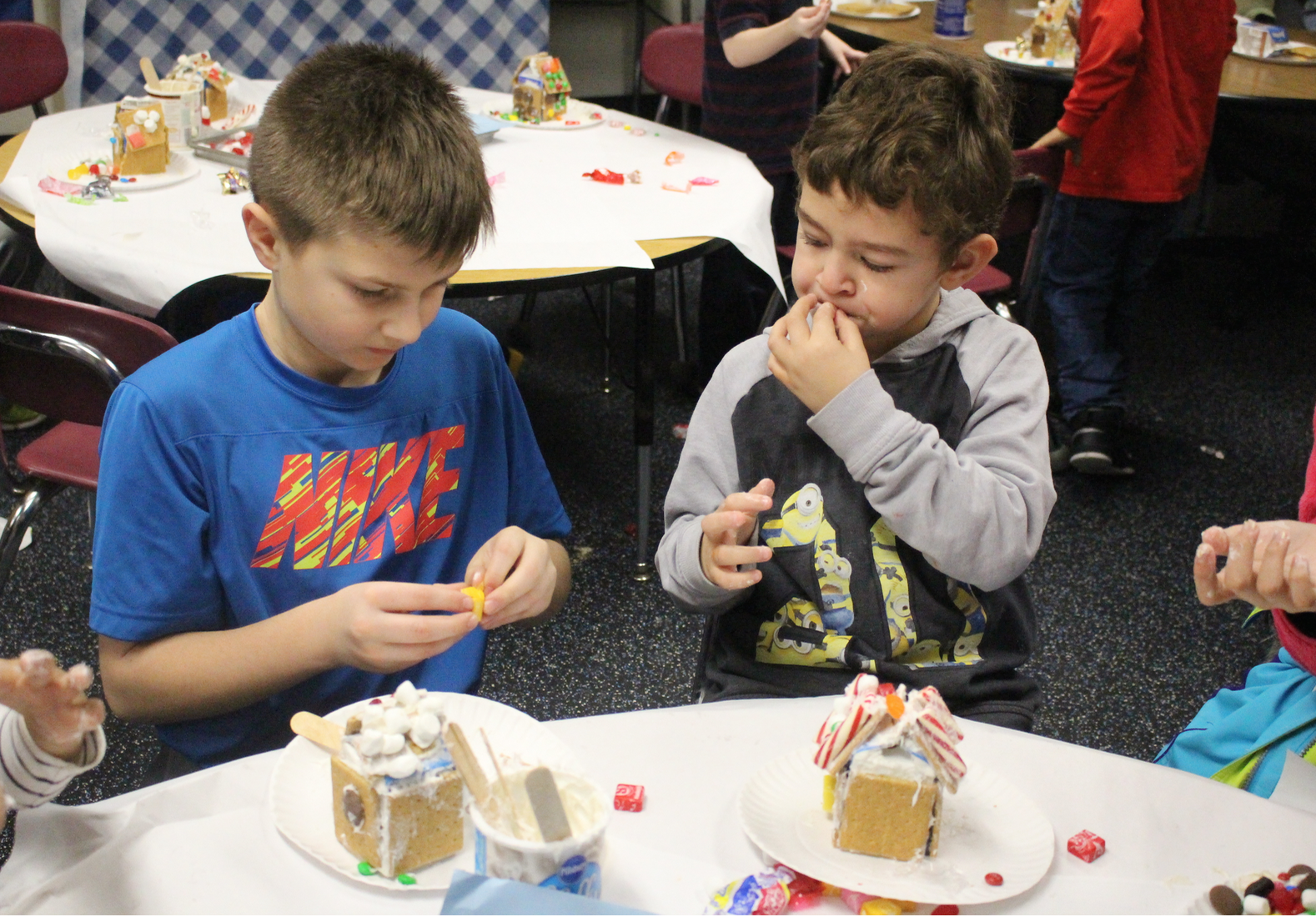 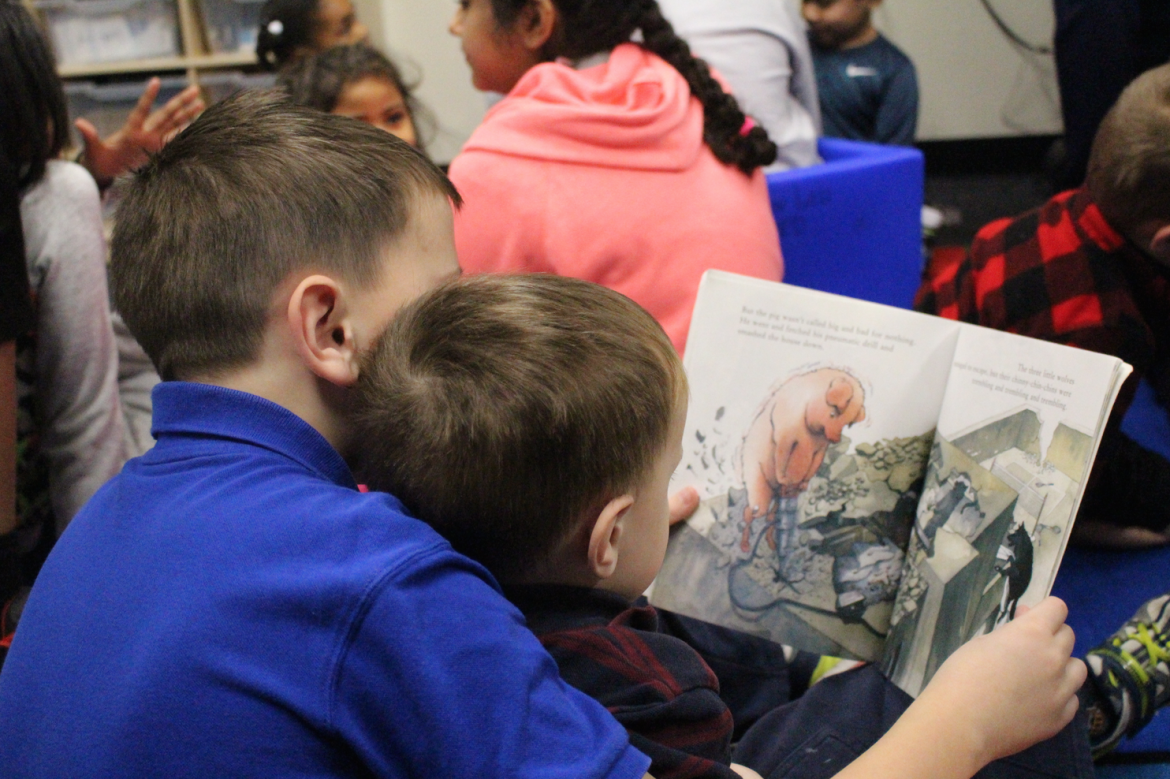 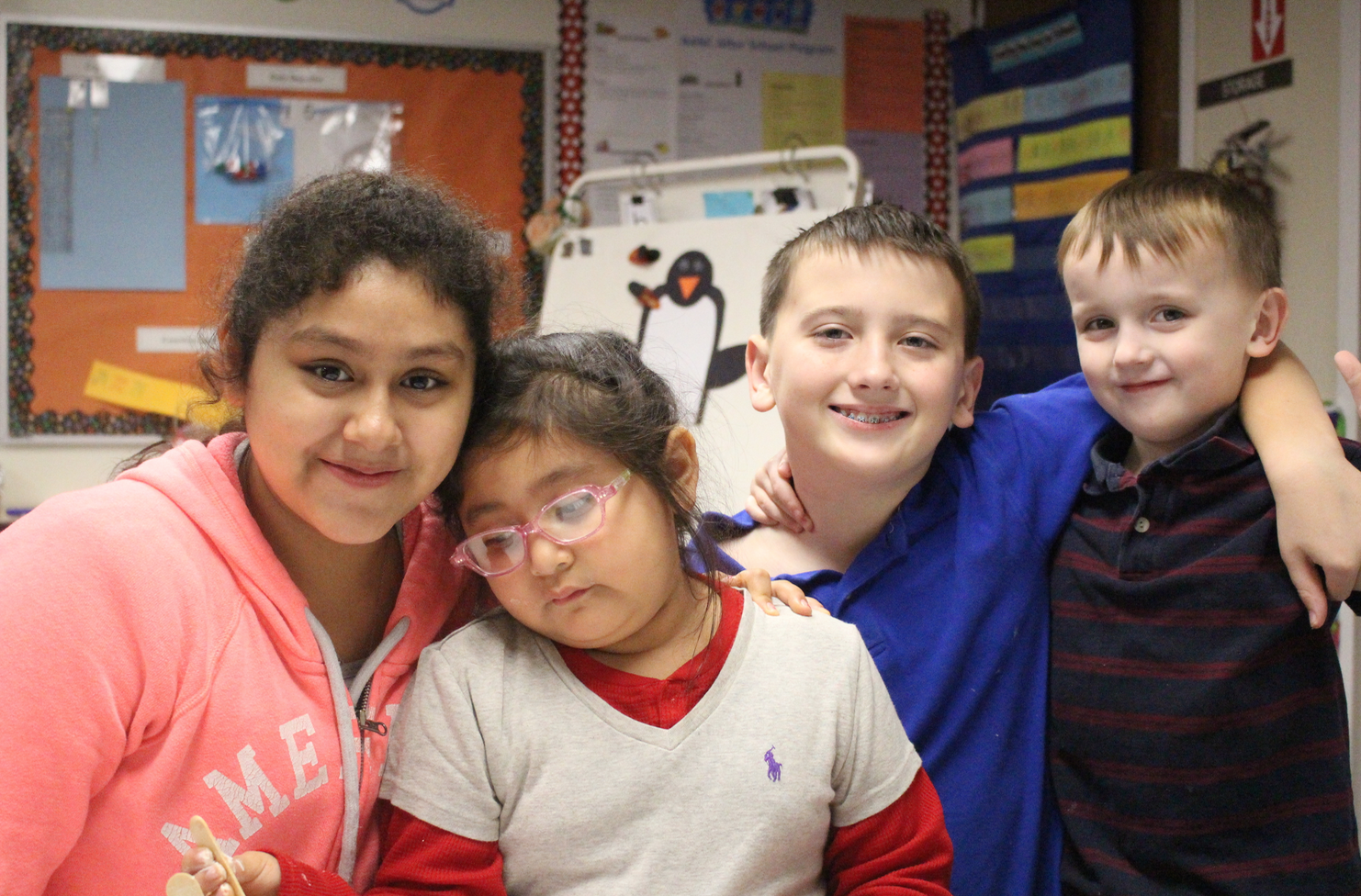 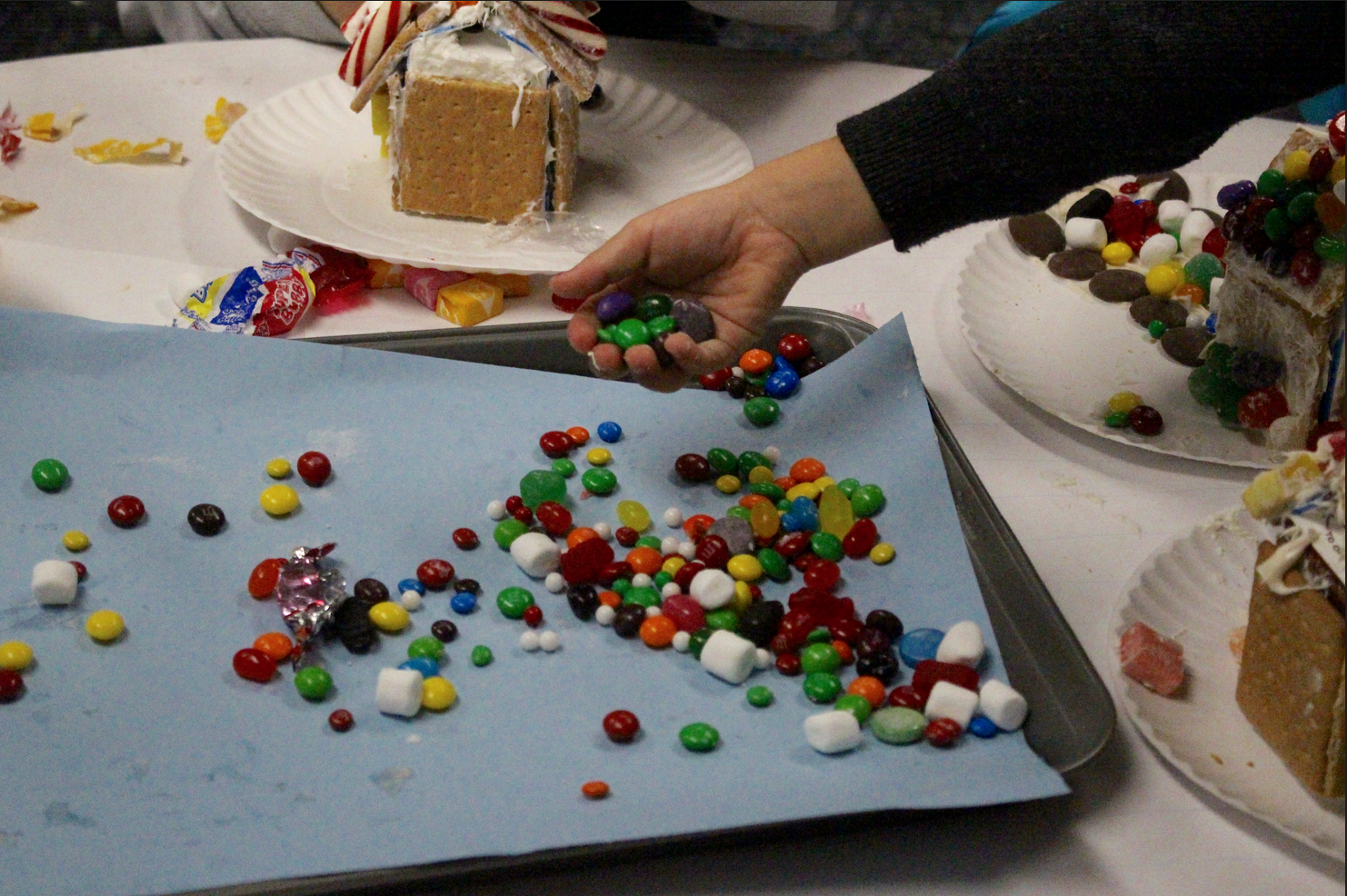