He was a WWII Army Major sent to first to New Guinea and later to the Solomon Islands then finally to Manila, Philippines. But he hadn’t planned to attend Tuesday’s community walk.

Albert Hartig, who said most friends call him Al, explained it was as recently as this Sunday at church that he was encouraged to ride in one of the antique cars during the Veteran’s Day community walk. Two days later Hartig glided down Greenwich Avenue in a little red sports car, grinning and holding an American flag. 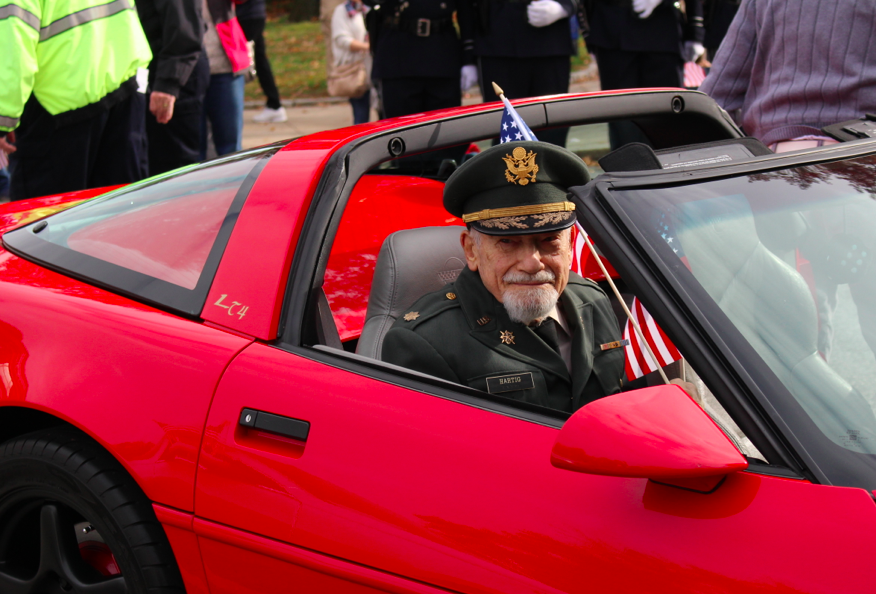 Hartig, who is widowed two times, lives with his wife life in Belle Haven. Though he  participated in the Old Greenwich Memorial Day parade earlier this year, the community walk was his first.

One of the most photographed veterans of Tuesday’s event, Hartig has a compelling smile and genial disposition. He mentioned matter of factly that he broke his foot in January, which put an end to his volunteering, but not an end to his weekly bridge playing.

Hartig rattled off a long list of volunteer jobs he’s held until recently, including stints at Greenwich Hospital, Nathaniel Witherell, Red Cross blood drive and Meals on Wheels. He said his wife, 27 years his junior, does drive for Meals on Wheels, and earlier Tuesday morning he said he rode along with her wearing his uniform.

Asked by a friend who greeted him whether he’d be at an upcoming social event, the veteran didn’t hesitate to say yes. “I don’t miss any food,” Hartig said. “I still have my appetite.” 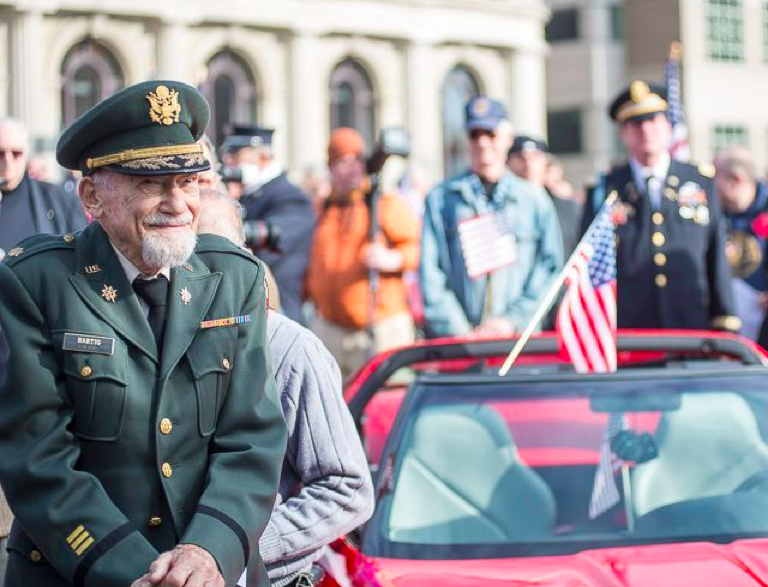