Hamilton Avenue School organized an event to honor both veterans and activity members of the military at an outdoor ceremony Friday morning. Among the honored guests were the familiar crossing guards Alex Crawford, who served in the US Army in 1962, and John Szymanski, who served in the US Navy from 1952-1956.

Also among the honored guests were two women, Sarah Haag-Fisk who is a Hamilton Avenue School parent to Pippa and Theo, as well as a Second Lieutenant in the US Army, and Lt Colonel Jennifer Mondido, a Black Hawk pilot and psychological operations officer for the US Army.

The Black Hawk is the military’s most versatile helicopter, suited for a variety of missions, including command and control, air assaults, medical evacuations, and lift operations.

Ms. Mondido explained that there are many opportunities in the US military that children at Hamilton Avenue might aspire to. She said it’s unfortunate that many children aren’t accustom to being around members of the armed forces. 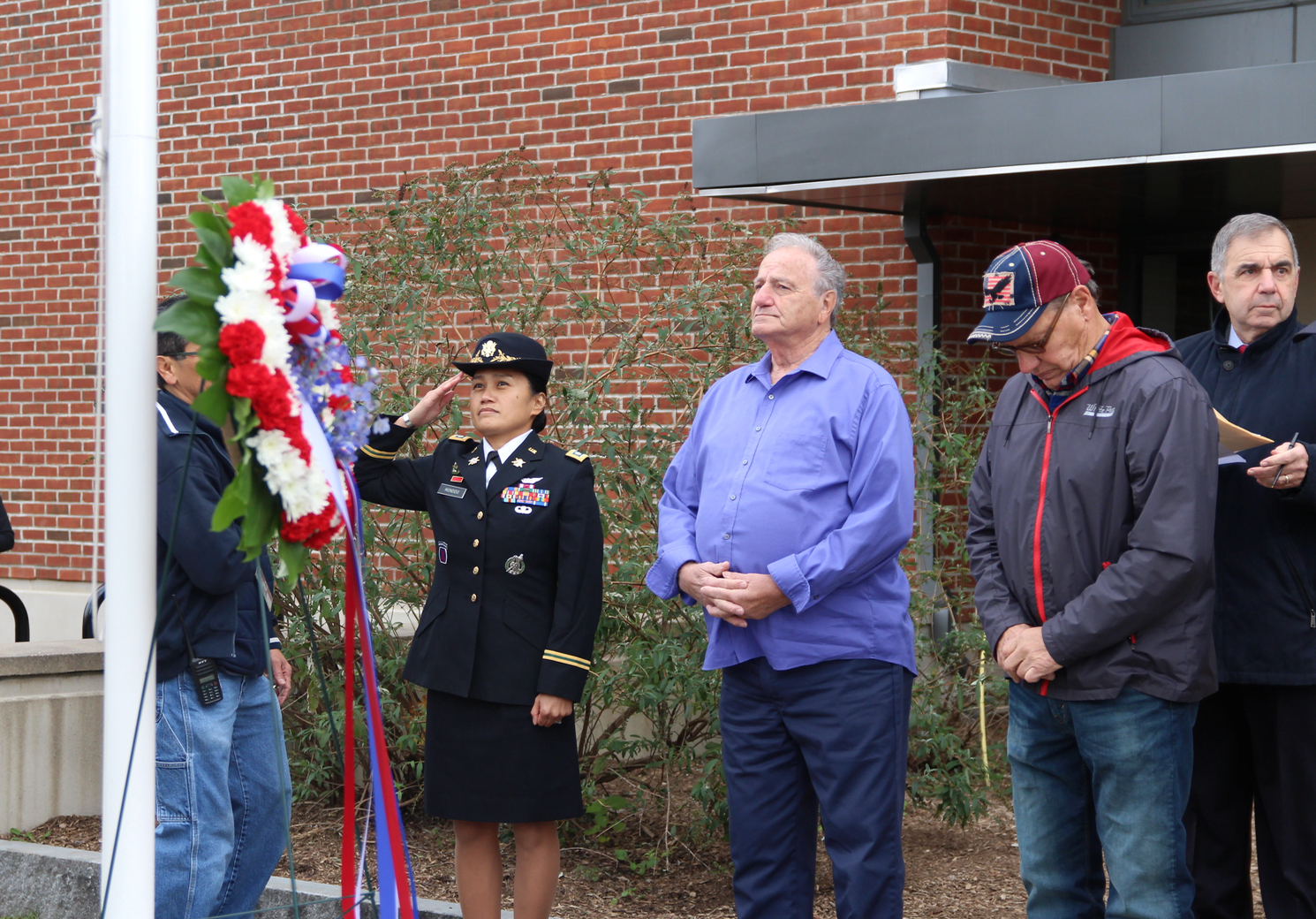 “It’s good for children to meet minority female leaders in the military,” she said.

Mondido said she often visits high schools and shares her experiences with teens.

Mondido said the glass ceiling has been shattered. “We represent every little girls’ dream,” she said. “They can be whatever they want to be.”

Other veterans at the Hamilton Avenue ceremony included Salvatore Servello who served in the US Air Force from 1967 to 1951, and Steve Tuers who served from 1968 to 1974.

During the ceremony the honored guests hoisted the American flag while the children, who waved smaller American flags, pledged allegiance. 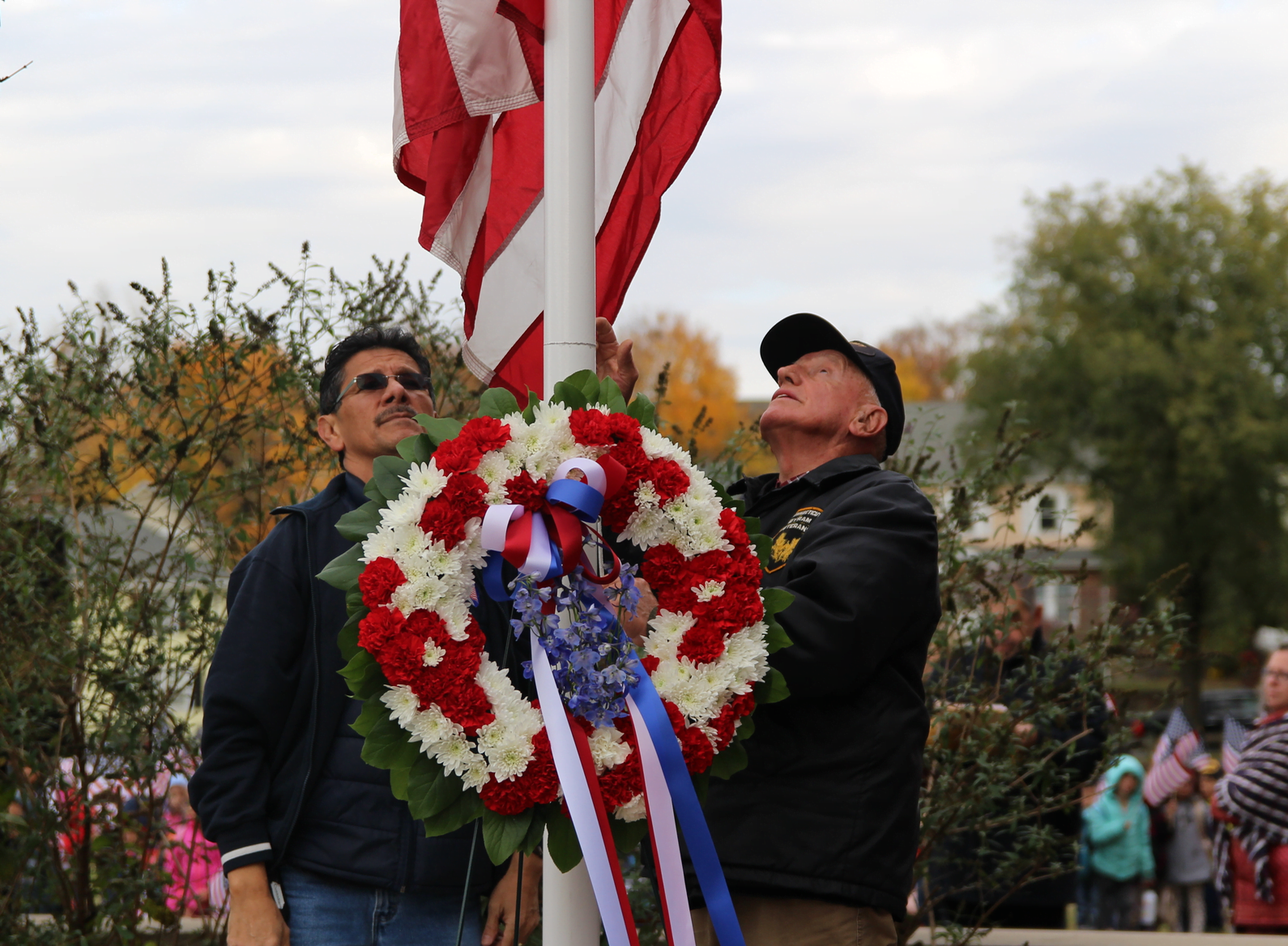 John Szymanski, who many know as a Hamilton Avenue School crossing guard, is also a veteran. On Friday he hoisted the American flag. Nov 9, 2018 Photo: Leslie Yager 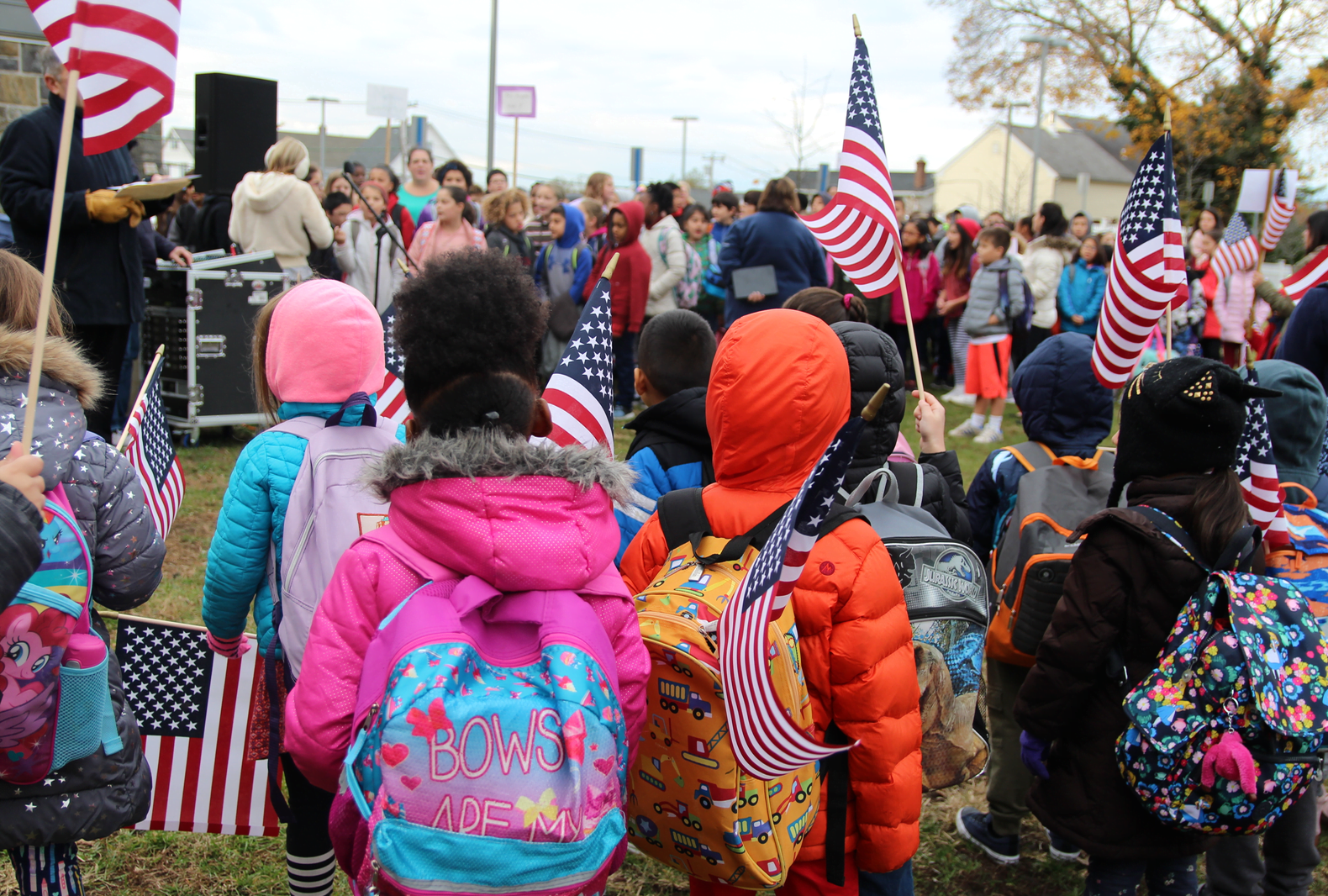