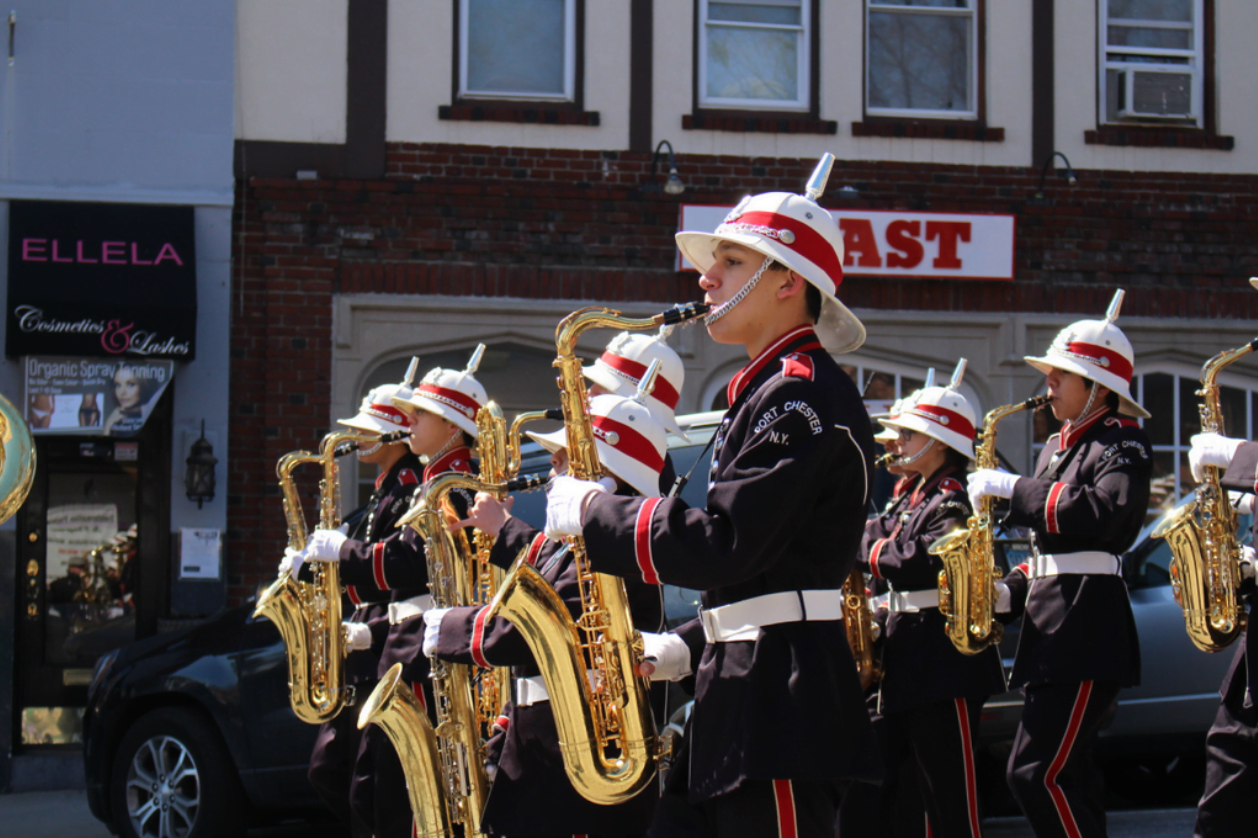 The 44th annual Greenwich St. Patrick’s Parade sponsored by the Greenwich Hibernian Association will be held this Sunday, March 18 at 2:00 p.m.

The Parade will start from Town Hall promptly at 2:00 p.m. when Detective Kyle O’Neill of the Greenwich Police Department blows the ceremonial whistle.

Detective O’Neill is the senior investigator in Squad C, a group of elite criminal detectives. After graduating from Jonathan Law High School in his hometown of Milford, Connecticut, in 2001, Detective O’Neil went to University of Hartford where he graduated in 2005 with a bachelor’s degree in criminal justice. Detective O’Neill and his wife Heather have two children, a son, Connor (age 2) and a daughter, Camryn (age 9 months). Detective O’Neill’s great-grandfather came from County Tyrone,
Ireland and his great-grandmother was from Cork, Ireland.

For the first time a body of troops representing the Irish Naval Service Reserve will march in the parade. There will be four bagpipe bands: Greenwich Pipe Band, Fairfield Gaelic Pipe Band, Fairfield County Police Pipes and Drums and Westchester County Firefighters. In addition there will be three other bands: Port Chester High School Marching Band, Tappan Zee Bridgemen and the Nash Drum Corp. Finally there will be more than thirty community organizations, schools, police and fire departments participating including three Irish Dance groups.

The Greenwich Hibernian’s will kick off St. Patrick’s weekend with a raising of the Irish
flag at Town Hall at 9 a.m. on St. Patrick’s Day, March 17. Parade day, March 18 , will begin with Mass at St. Mary Church at 10:30 am, followed by a reception in the Church Hall. The Parade will start at Town Hall at 2:00 p.m. and will follow its usual route up Field Point Road, east on Route 1 and then down the length of Greenwich Avenue.