It offers them a first job experience and opportunities to learn teamwork and practical skills while also improving the Town’s environment.

The director of this empowering program, Christina Nappi, said, “We saw a need for teens to do something productive during the summer since they were at that age where they are a little too old for most camps, but a little too young to start working this was able to provide both.”

Nappi said the teens learn about a variety of different topics such as environmental issues, teen resources, and how to manage the money they are going to make.

“Teaching them these important skills in work, education, and social, is important because they are transferable skills meaning they can use these skills at work or just in life in the future,” she said.

Nappi went on to say the 41-year program has planted over 20 trees throughout Greenwich including some at the Holly Grove and behind Town Hall.

They have also removed invasive species and plants at Tod’s Point, Byram Beach, and Binney Park. 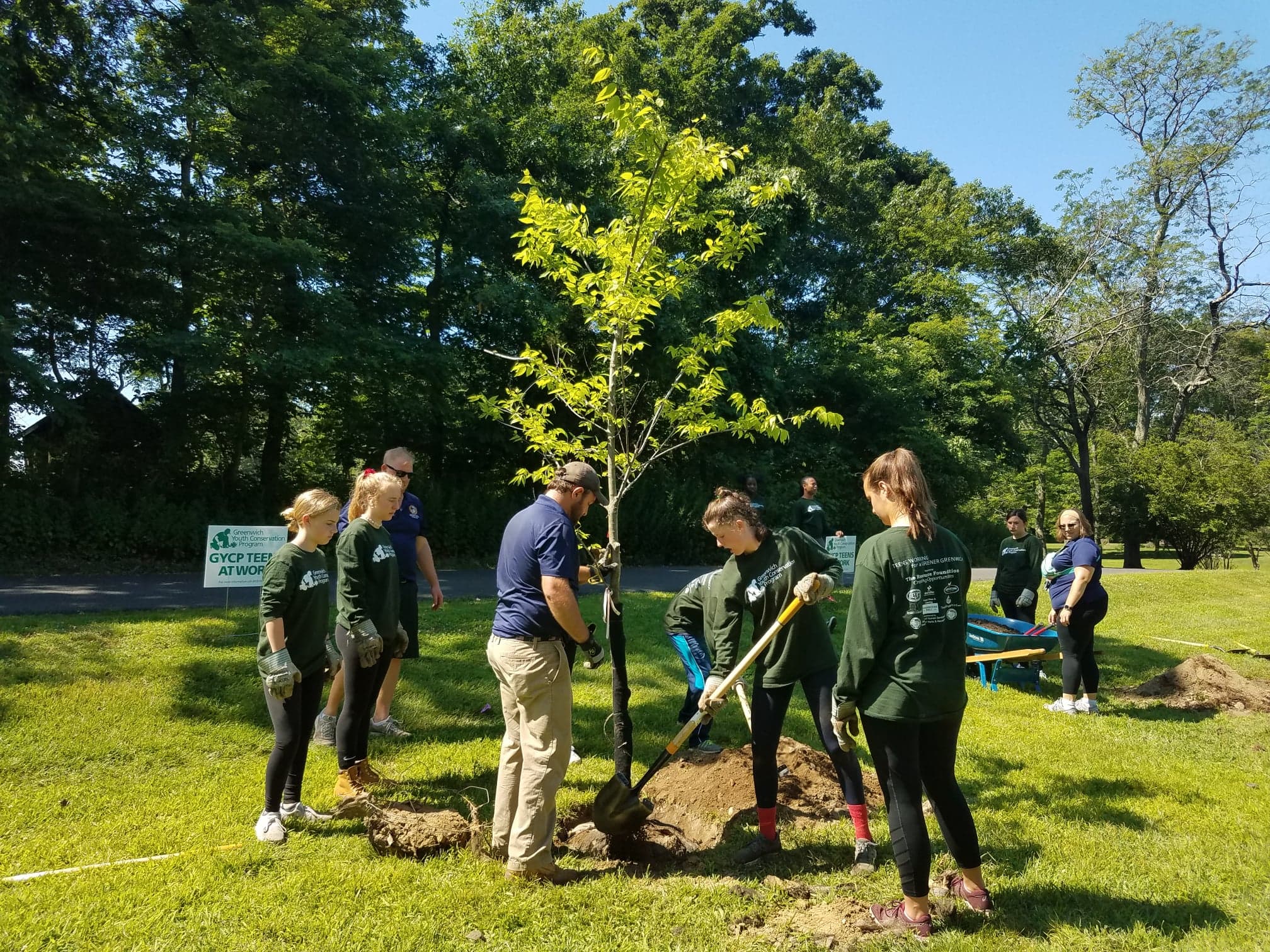 Nappi also mentioned how the members amaze her everyday because, “they are so environmentally aware and conscious.”

Maggie McKenzie, a member of the program, said “I was interested in this program because one of our biggest problems right now is how we are treating our Earth. Change starts small and in order to make that change in the environment you have to make that effort which this program promotes.”

Program member, Mackenzie Boolbol, said she wanted to be apart of something that wasn’t like a camp, but was still involved in nature. Her said she enjoyed planting the trees the most. “It’s a big project and we all get to do it together while also getting to know others through helping the Earth,” she said.

Megan Young, another program member, also said she wanted to help the community and said planting trees adds a beautiful touch to the environment. 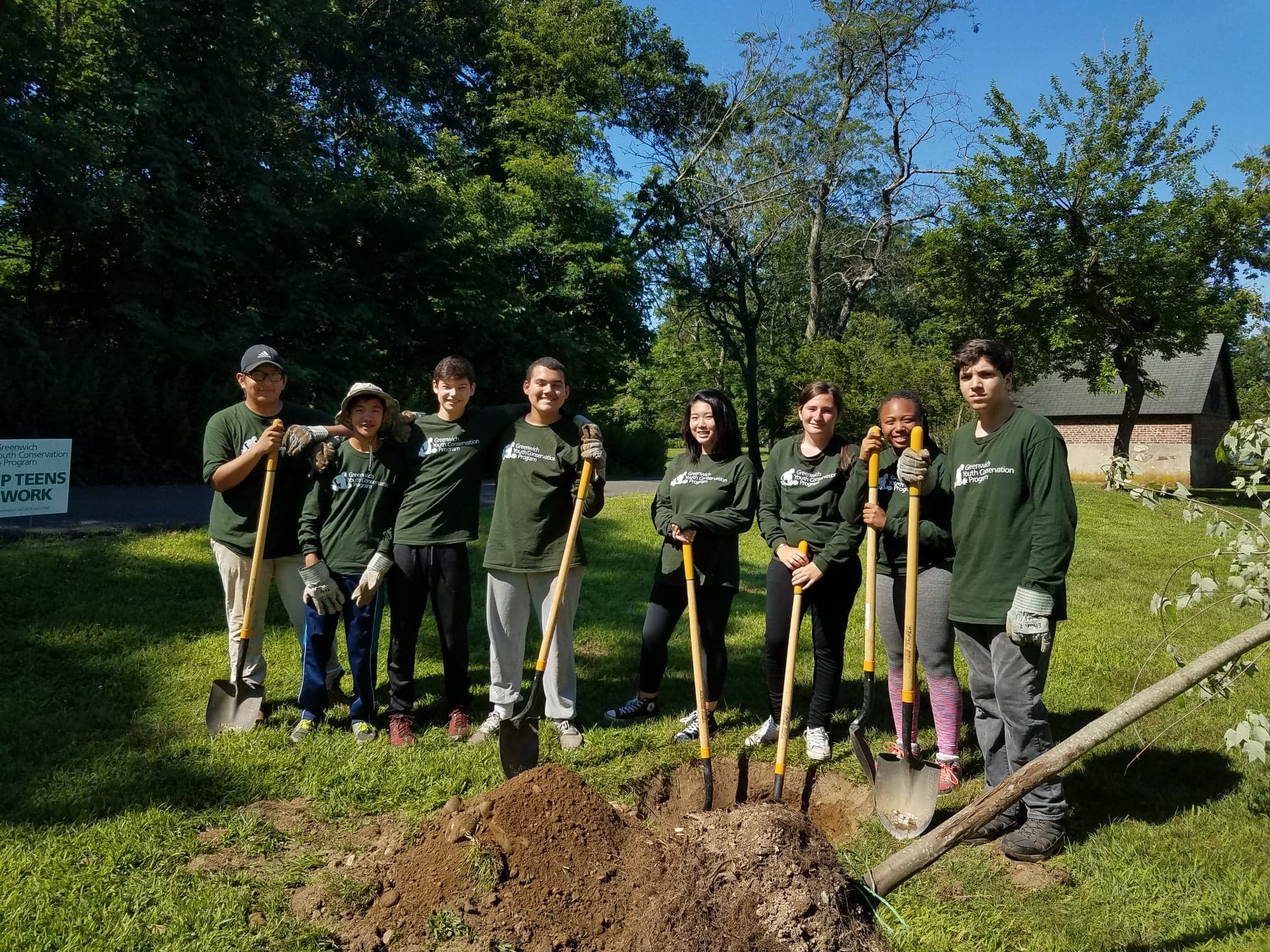 A GYCP Group in front of a hole they dug for a tree. Photo: Anne Marie Kristoff 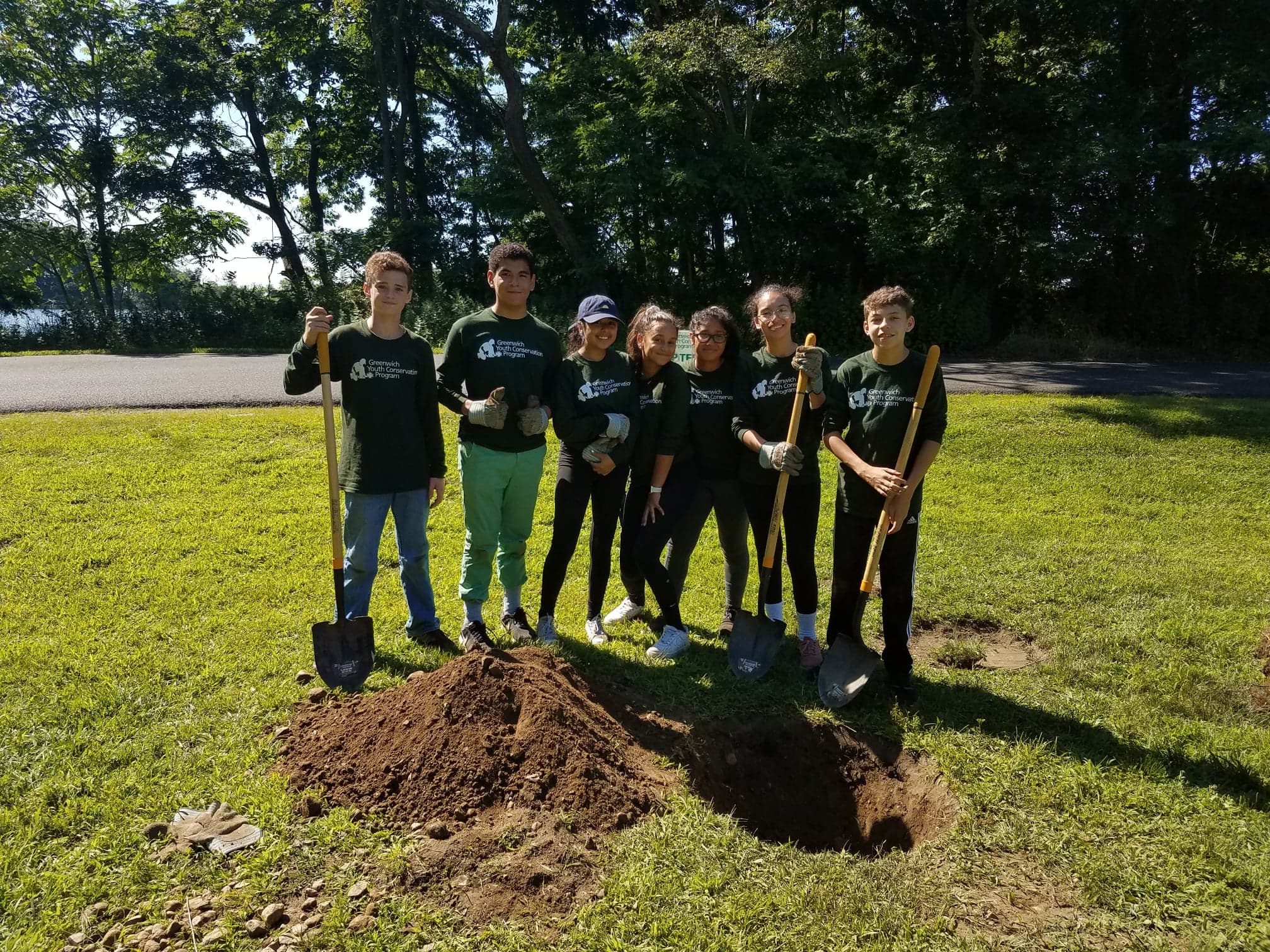 Another GYCP Group posing in front of a hole they dug for a tree. Photo: Anne Marie Kristoff 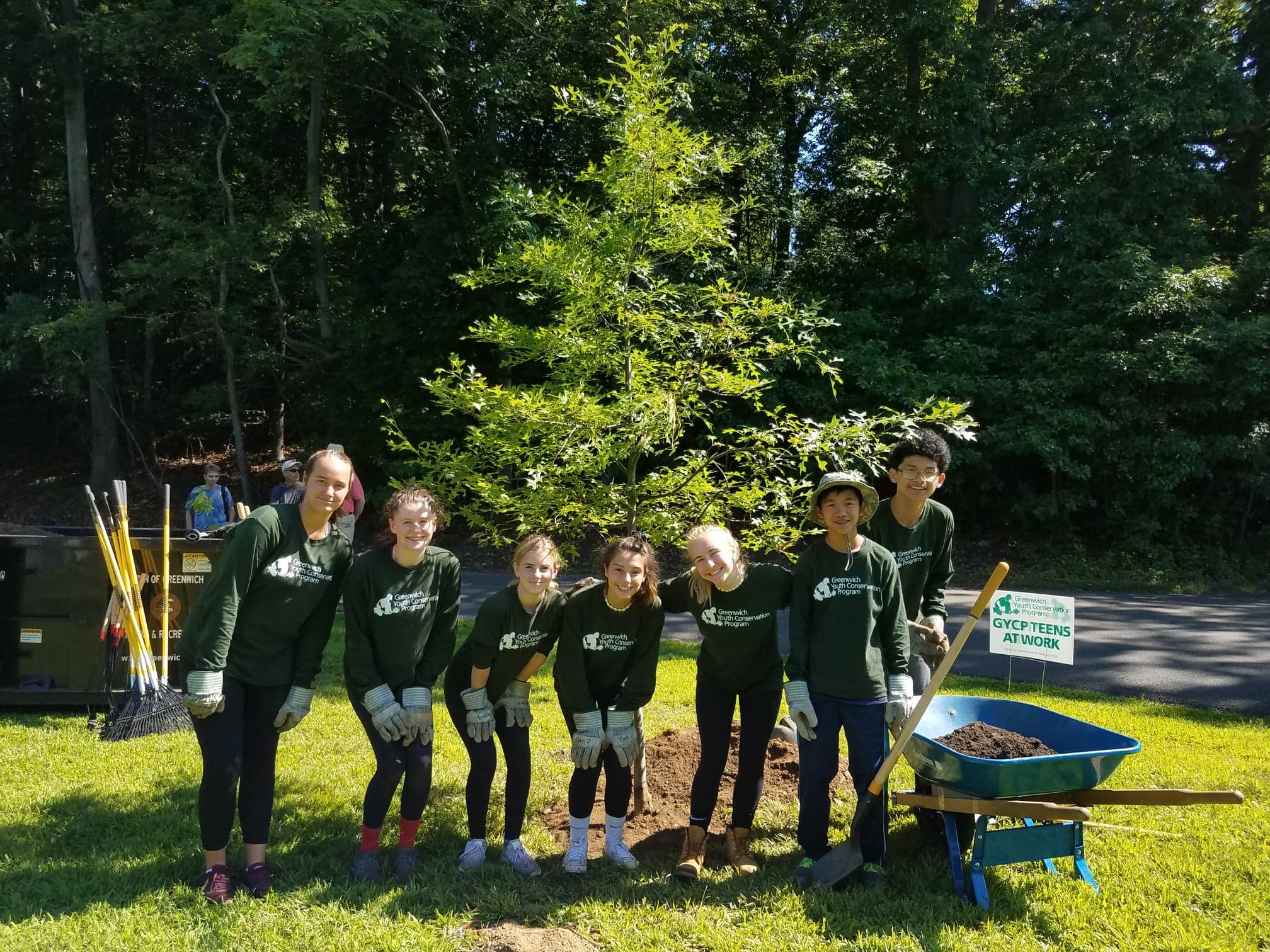 Another GYCP Group in front a tree they planted. Photo: Anne Marie Kristoff 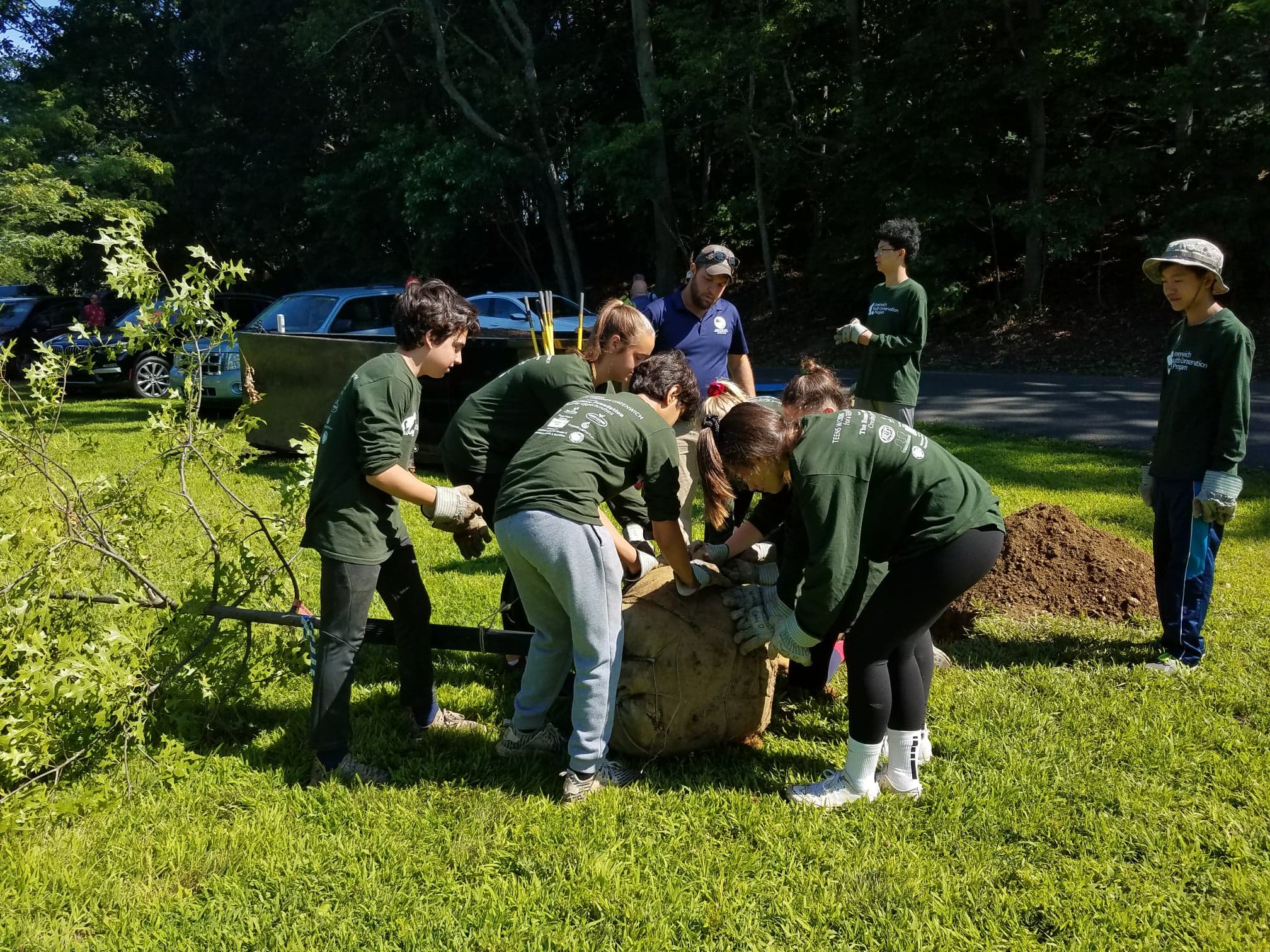 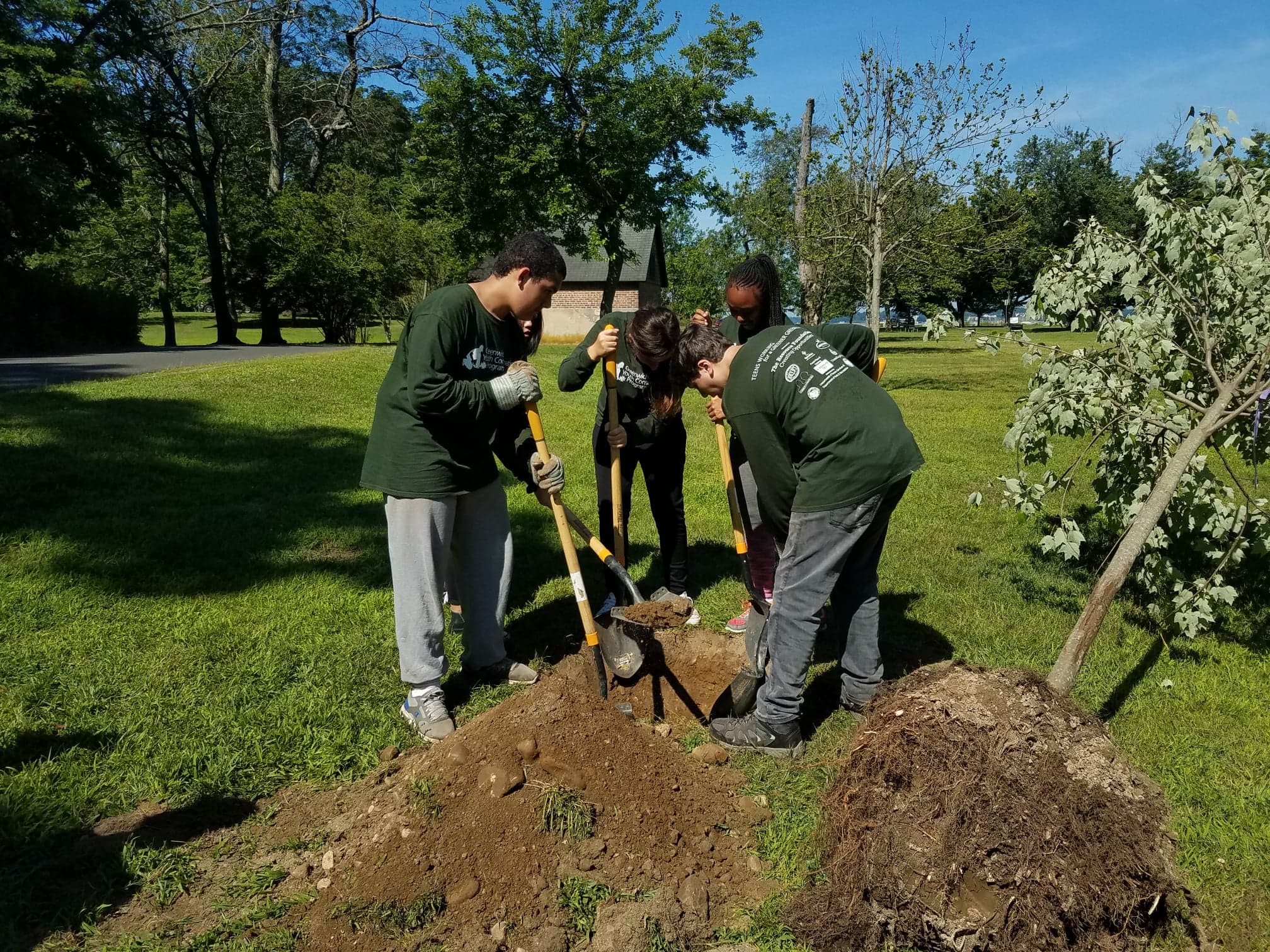 GYCP Members digging a hole for a tree to go into. Photo: Anne Marie Kristoff