First Presbyterian Church of Greenwich hosted its 20th Annual Thanksgiving Dinner for Greenwich senior citizens on Thursday, November 23. A total of 136 guests came to the church for the sit down meal, and 103 meals were delivered to homebound seniors.

Among volunteers were the entire Kelley family who have been helping at the event for five years.

“I could be home watching the parade on TV,” said Mason Kelley, a student at North Mianus School.” But I wanted to be here and help other people.”

Mason and his sister Morgan were assigned the task of serving seniors bread rolls. The meal included salad, nuts, turkey, gravy, cranberry sauce, stuffing, peas, mashed potatoes and a choice of apple, pumpkin or pecan pie. Nothing was wasted; leftovers were sent over to Pacific House emergency men’s shelter in Stamford.

“For us volunteers, it’s possibly a more rewarding time than it is for the people eating the meal,” said volunteer Bob Barber.

“It is really a very satisfying thing to do” agreed volunteer Cele Halsey.

Approximately 100 volunteers orchestrated the sit-down meal for Greenwich seniors who might otherwise be alone on Thanksgiving. Volunteers bought ingredients, cooked turkeys, prepared side dishes, and served meals. They also baked and wrapped pumpkin loaves for seniors to take home after the holiday meal.

But there were even more creative ways to volunteer.

Lucas Lippey, a 5th grader at Greenwich Country Day school gave the gift of music. Lucas studies under Randall Atcheson, the minister of music at the church.

Dana and Oscar Rodriguez who brought their two children Layla, 10, and Rafael, 6, to volunteer said the event was extra special.  Oscar’s mother, Amalia, 93, who lives at Agnes Morley Heights, was among the guests. 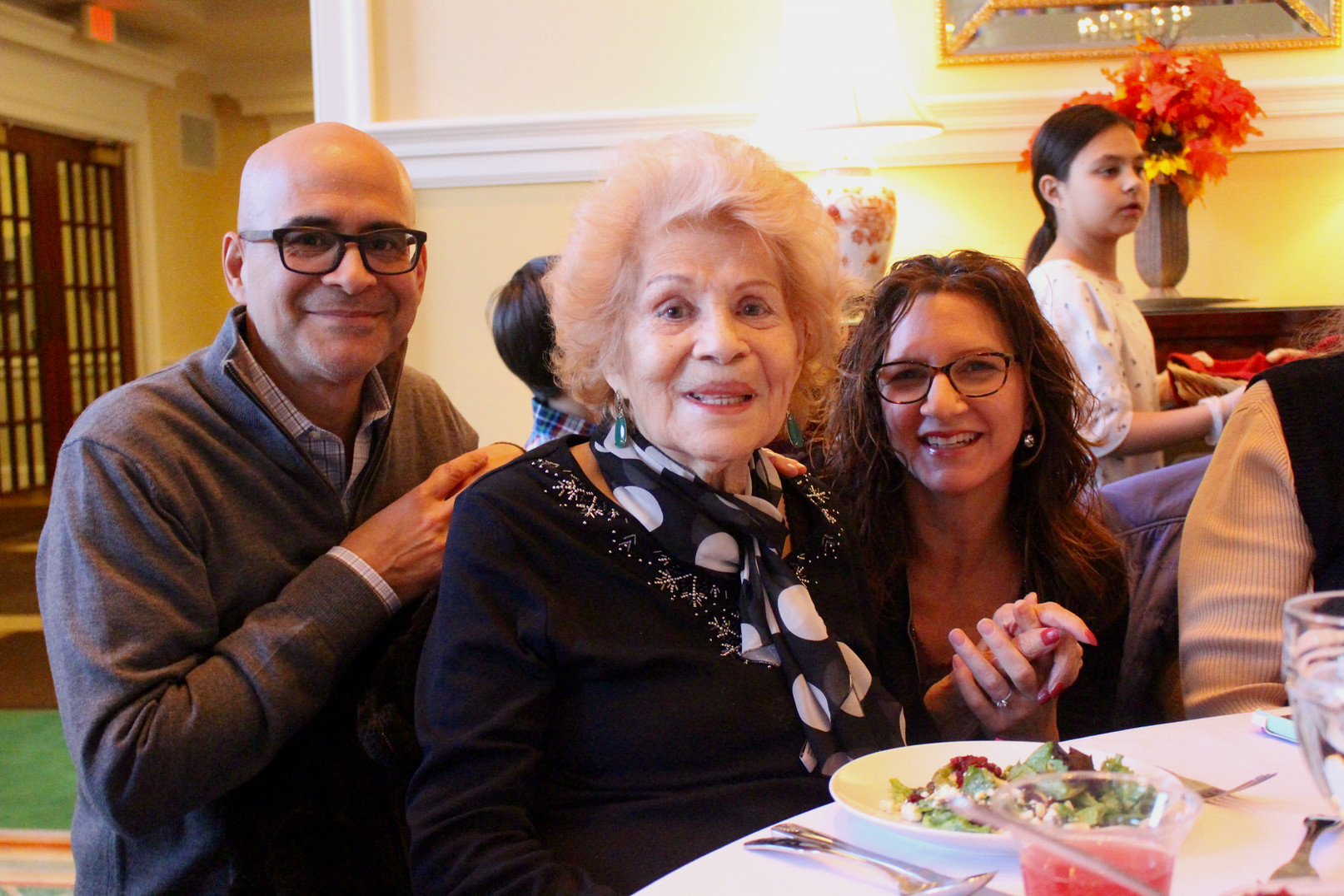 Also, among the guests was Mary O’Connor who said she had been coming to the event  since 2006.

“Each year has been just lovely,” O’Connor said.

Others have been coming to the event even longer than O’Conner.

Virginia Campbell said she had been coming to the church since 1955. With her was Nancy Sears and Robert Murch. Ms. Sears said she’d come to the event, first as a cook, then as a server. “Now we are just enjoying the meal,” she said. 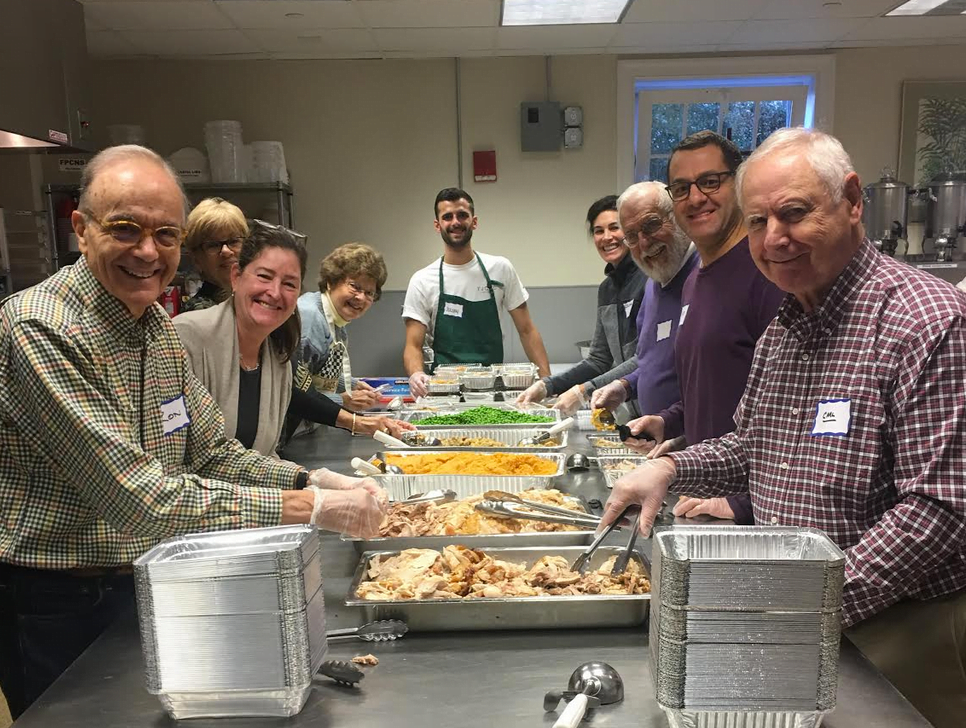 Many of the dozens of volunteers at First Presbyterian Church Thanksgiving dinner, Nov. 23, 2017 Photo: Diane Brown 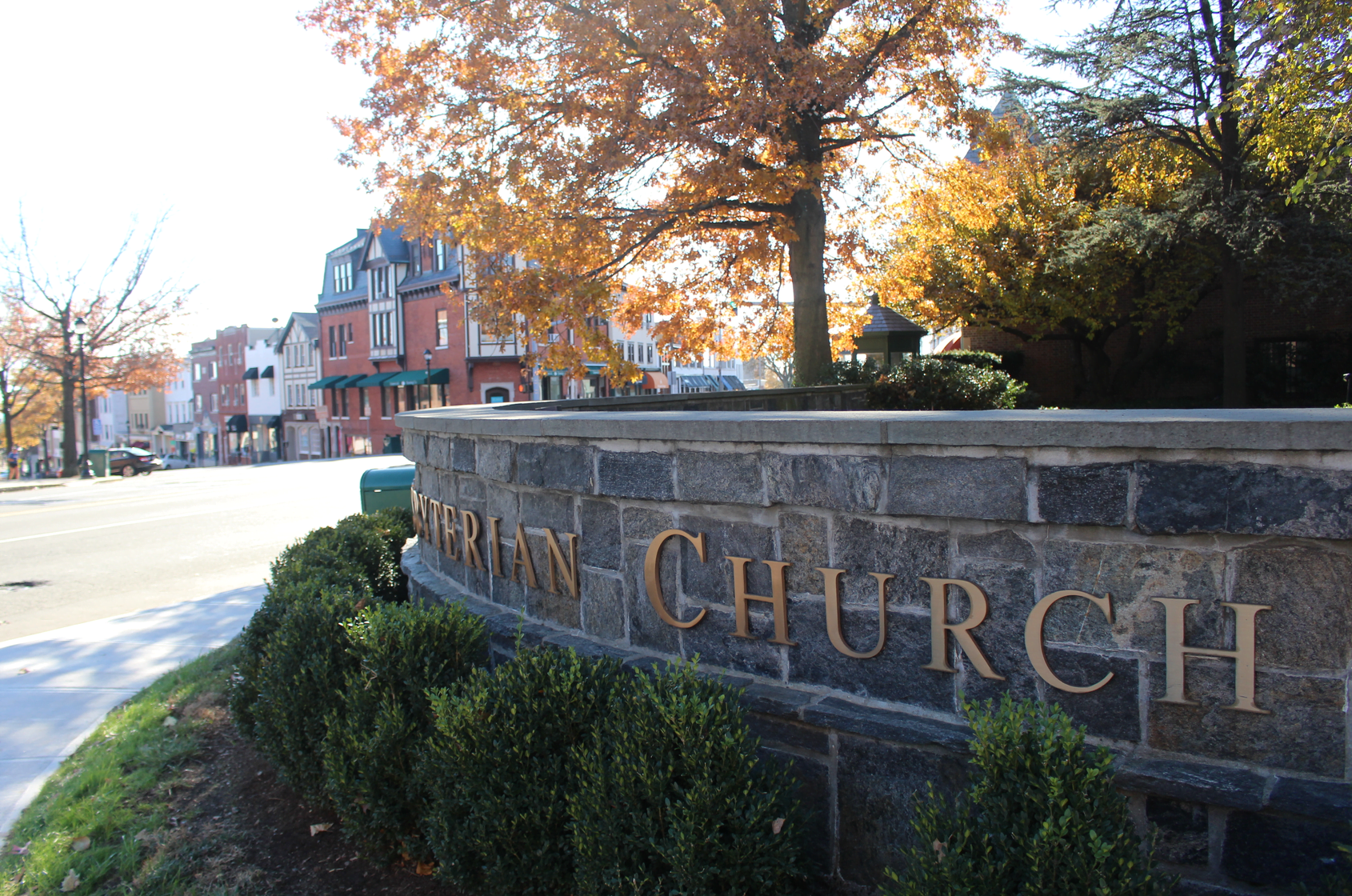