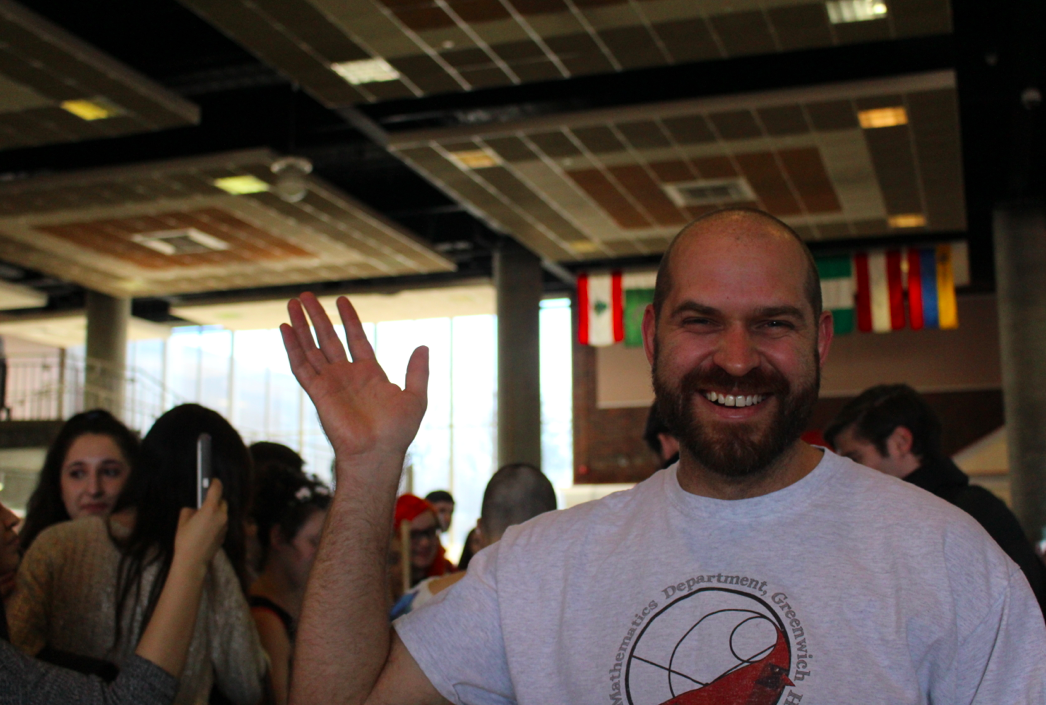 Jimmy Catalano has been volunteering with Art from the Heart, a non-profit that that redecorates the rooms of children with life threatening diseases including Cancer and Leukemia.

Jimmy said he was motivated to shave his head for St. Baldrick’s Foundation because that organization is second in donating to fight childhood cancer, ranking only behind the federal government.

On Thursday, in addition to Jimmy, a wide cross-section of the GHS community climbed an elevated platform in the student center, donned a barber’s smock and winced as the volunteers from Generations Barber Parlors buzzed them bald, or, alternately, lopped off a minimum 8″ ponytail to be made into wigs for cancer patients through for Pantene Beautiful Lengths. 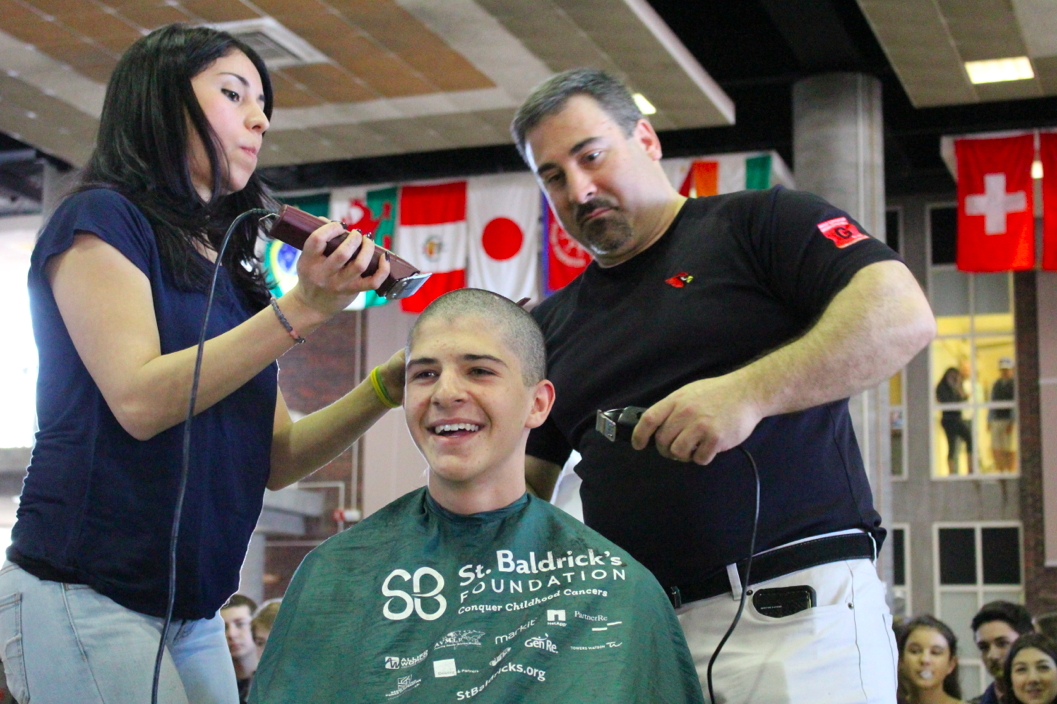 “It’s really hard to go into these homes and see these kids younger than me with this awful disease,” Jimmy said of his involvement with Art from the Heart.

“It’s devastating. I just wanted to do something more. I could do something as simple as shaving my head and raise $12,000 by myself.”

Jimmy’s mother Alice was on hand along with a couple thousand students who filled the spiral staircases and balconies over the cavernous student center cheering and applauding as Generations Barber Parlor staff doubled up for the task.

“I’m super proud of Jimmy,” Alice said. “We thought he’d raise a couple thousand dollars, but now it’s almost $12,000 and the story went viral.” Alice said Jimmy’s is best friends with Kyle Morgenbesser, whose mother was a founder of Art from the Heart. 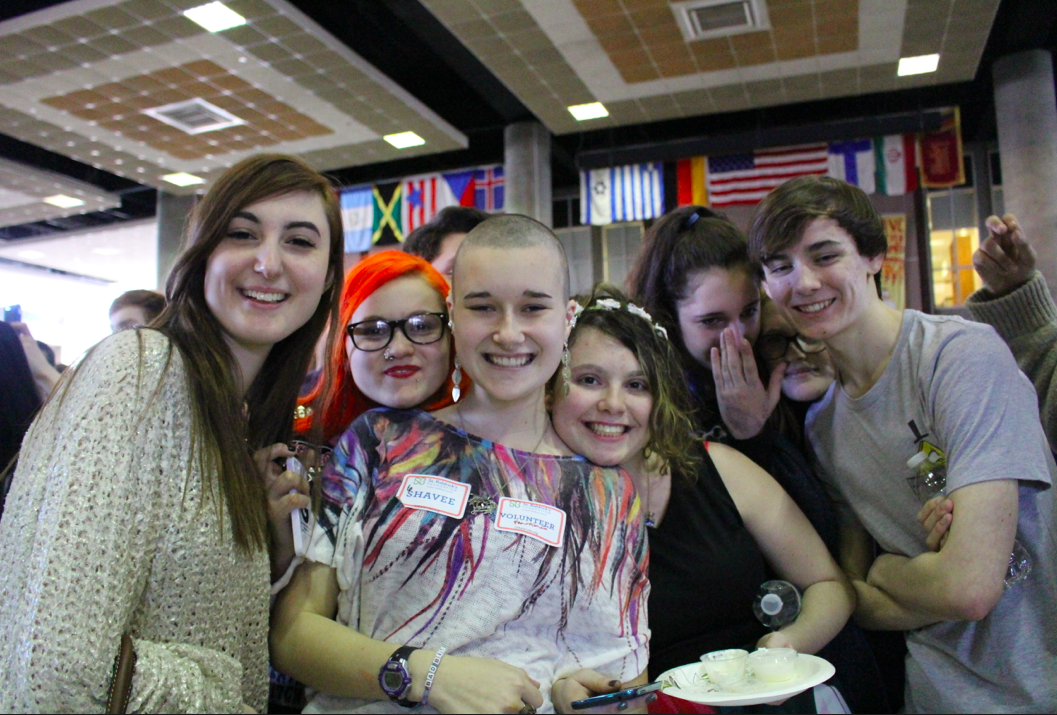 Some of the other donors who sacrificed all their hair included a brave Jenya Perr-Krisenko who gave more than a ponytail in shaving her head bald for the charity event.  “If it makes someone’s life better to have a wig, it’s worth it,” Jenya said. 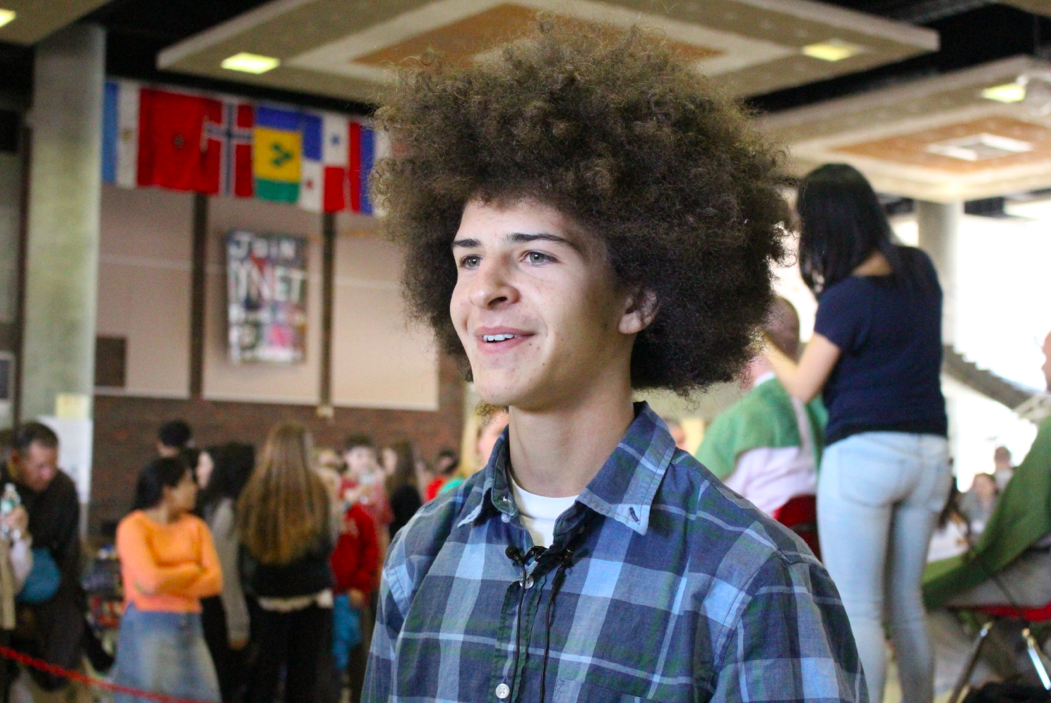 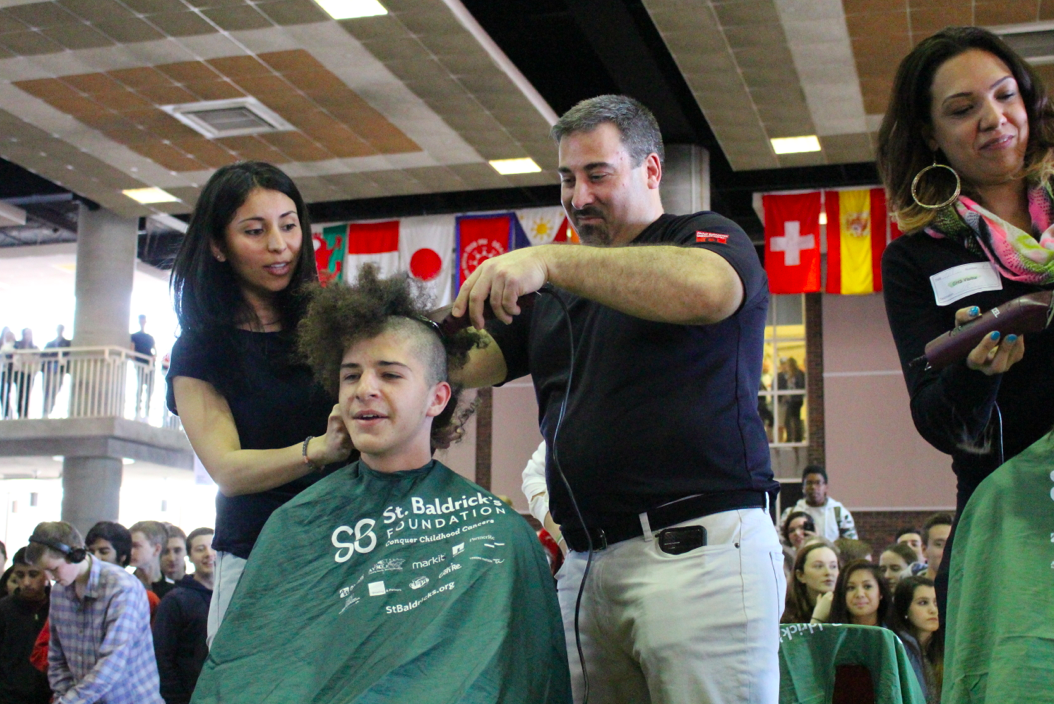 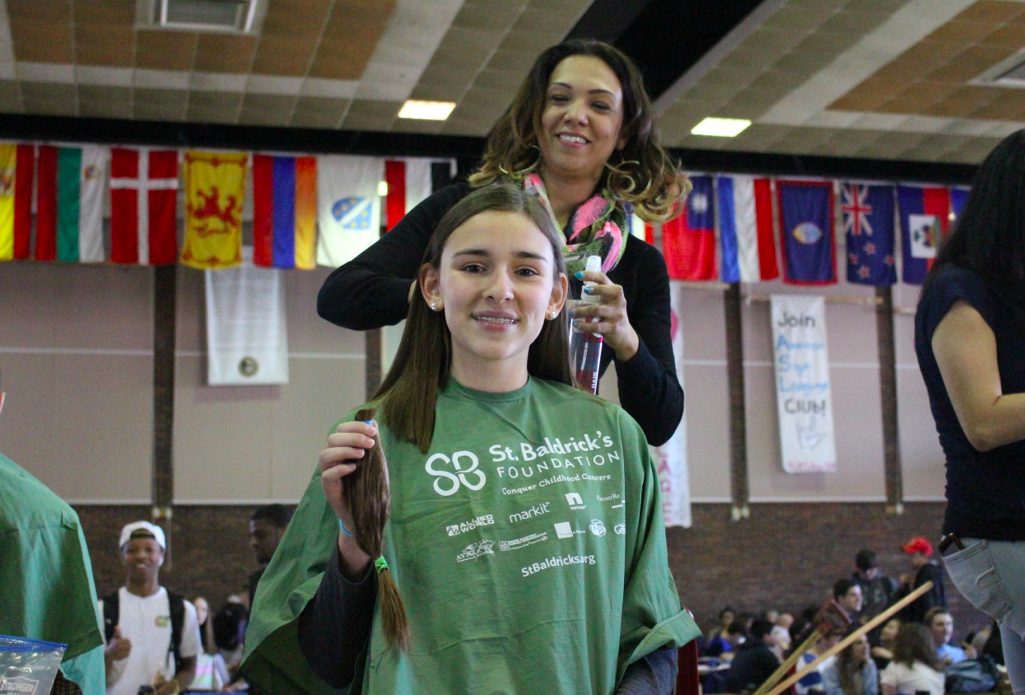 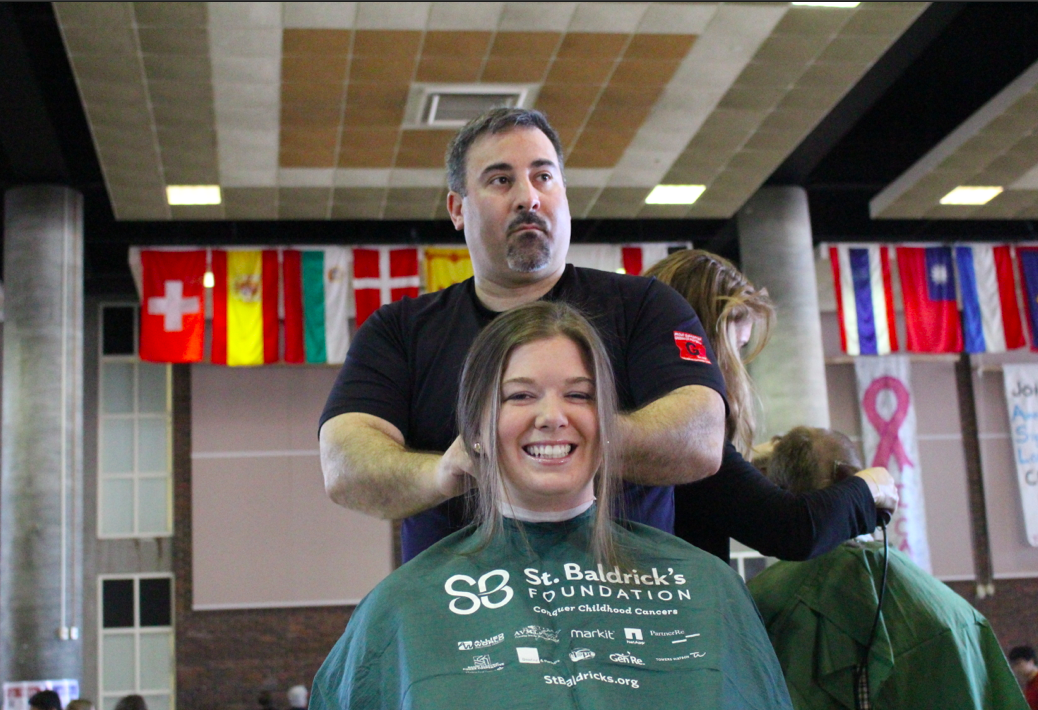 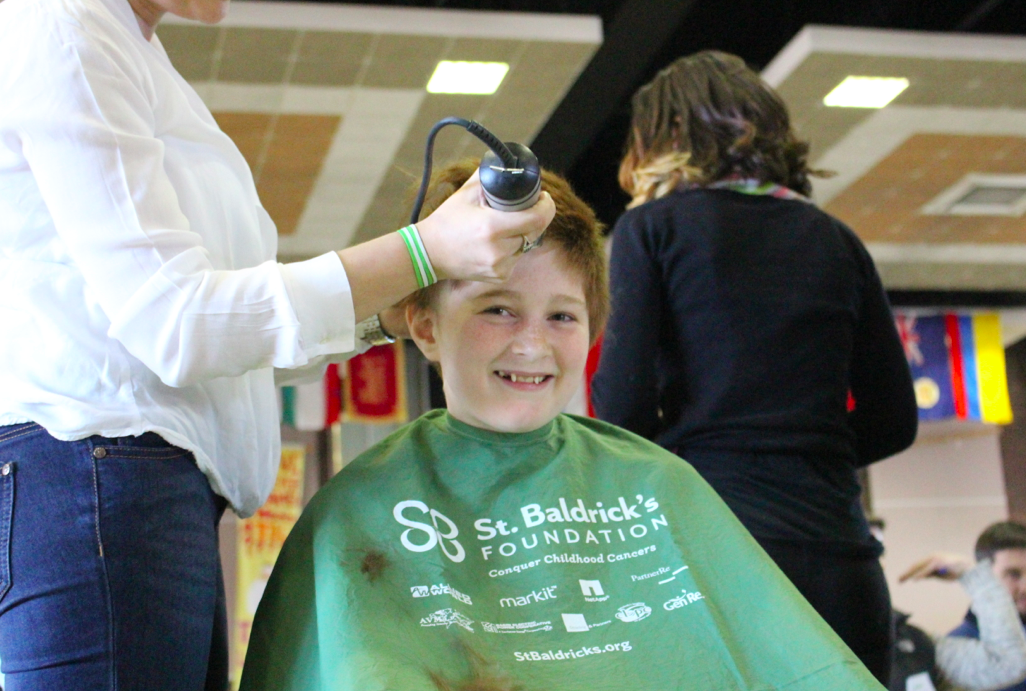 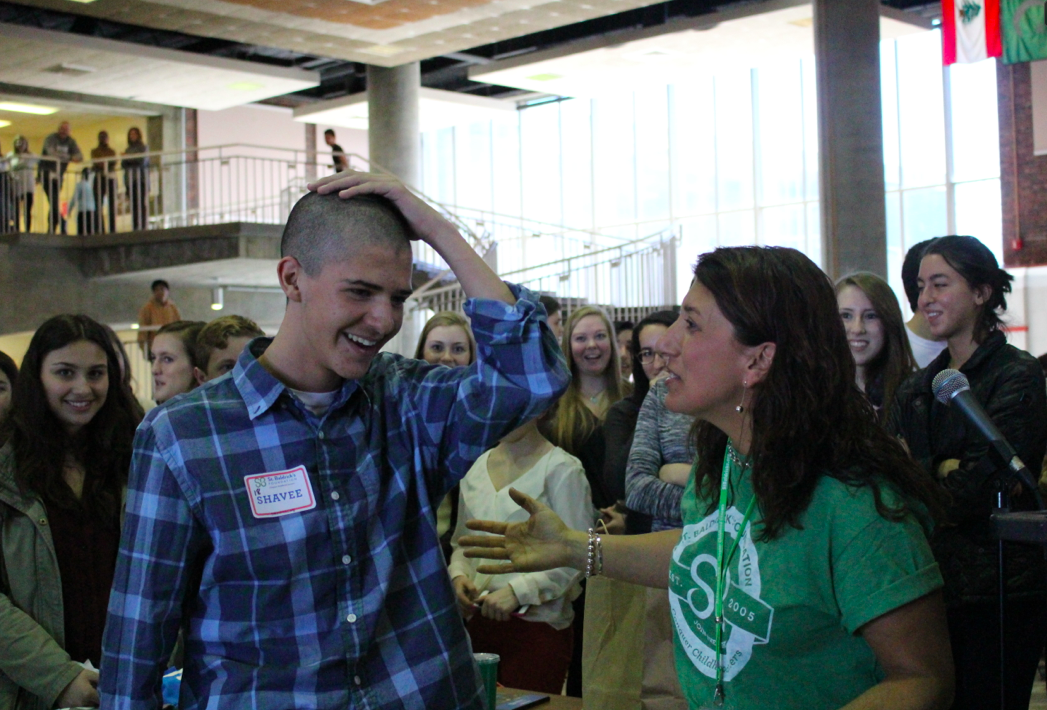 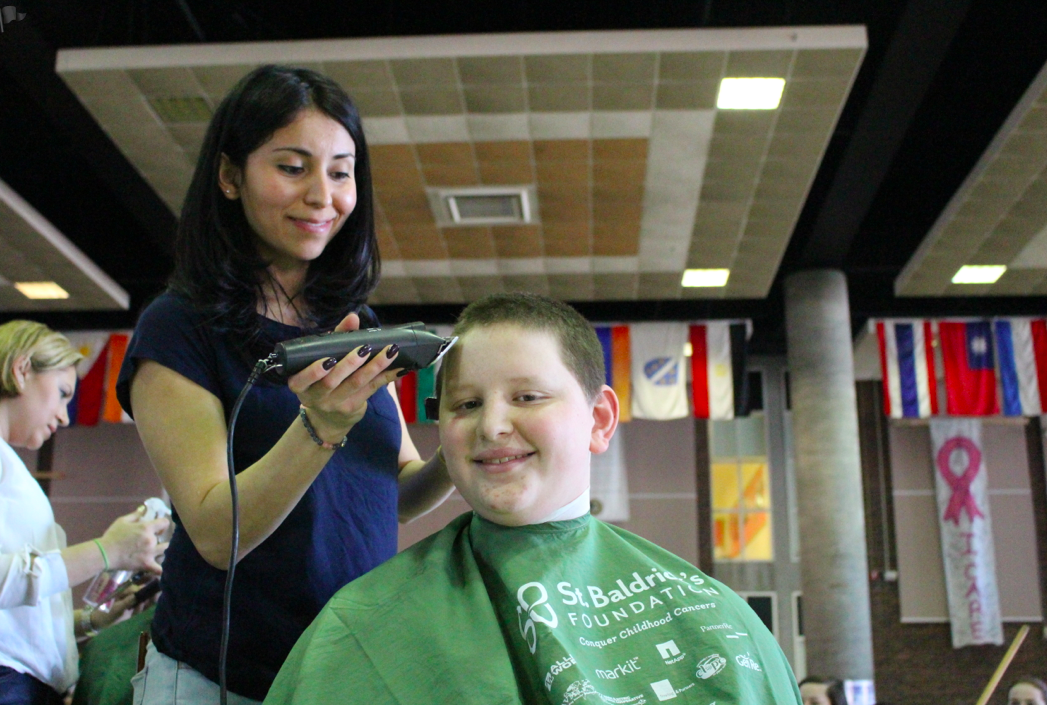 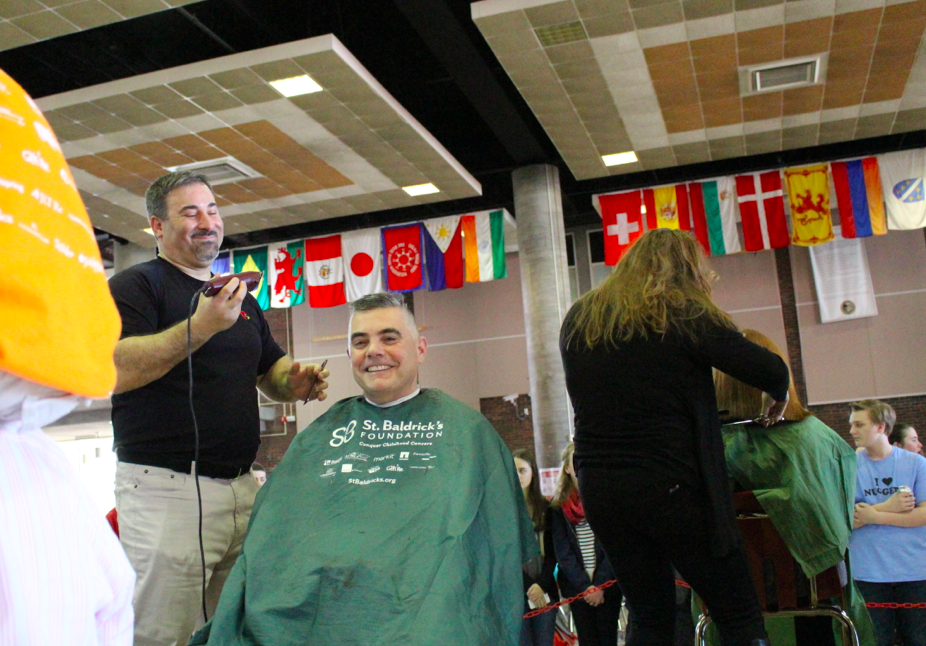 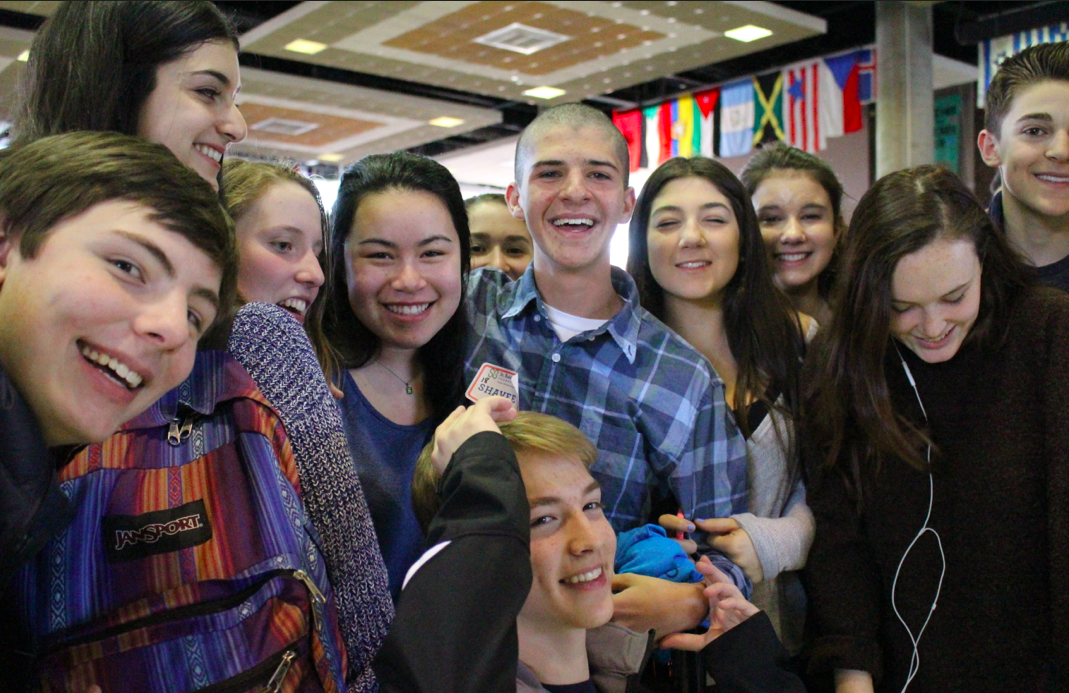 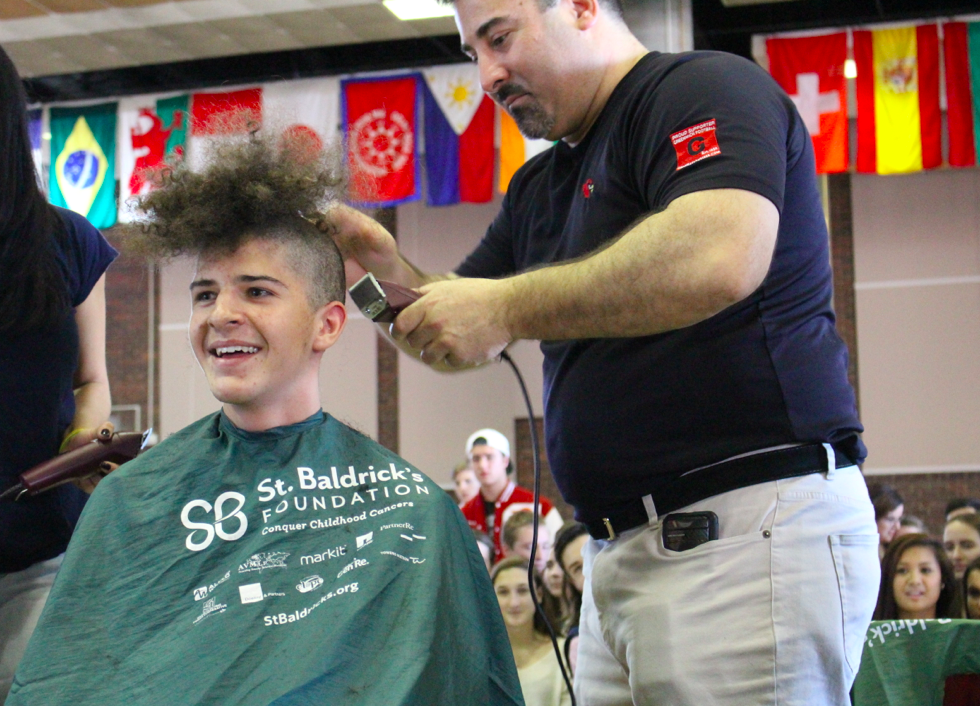 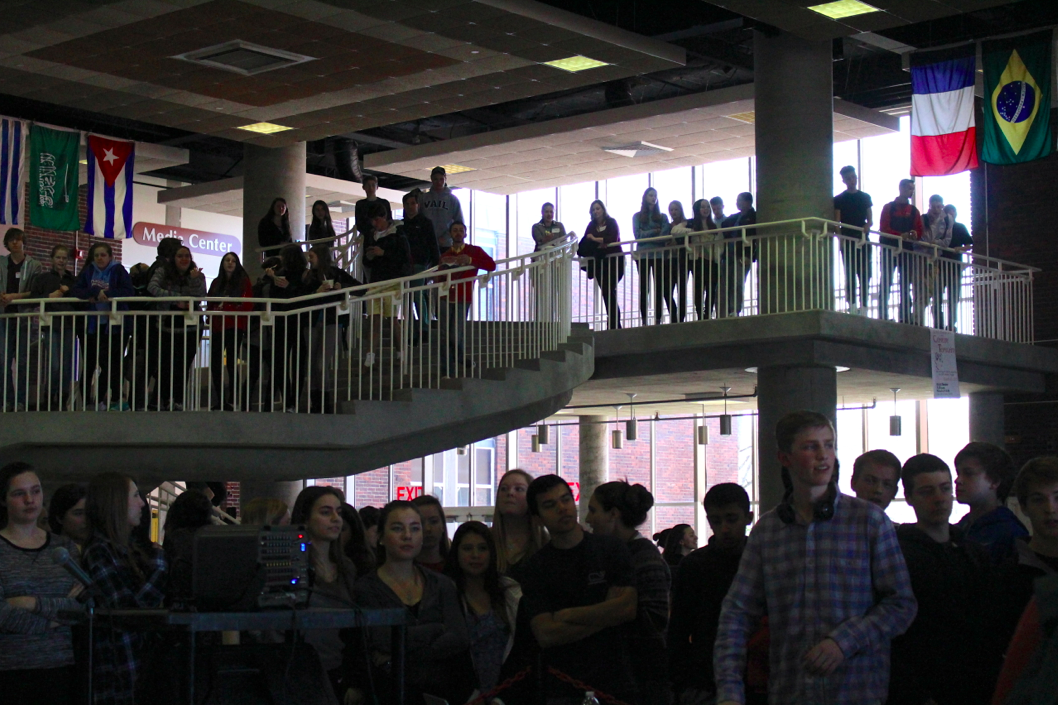 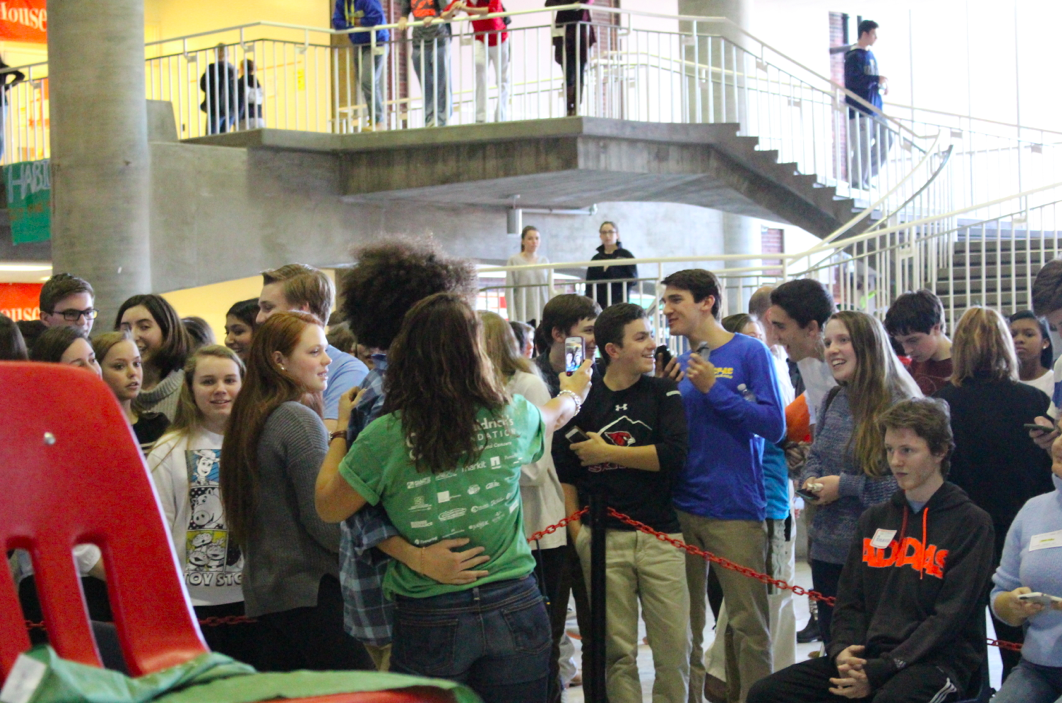 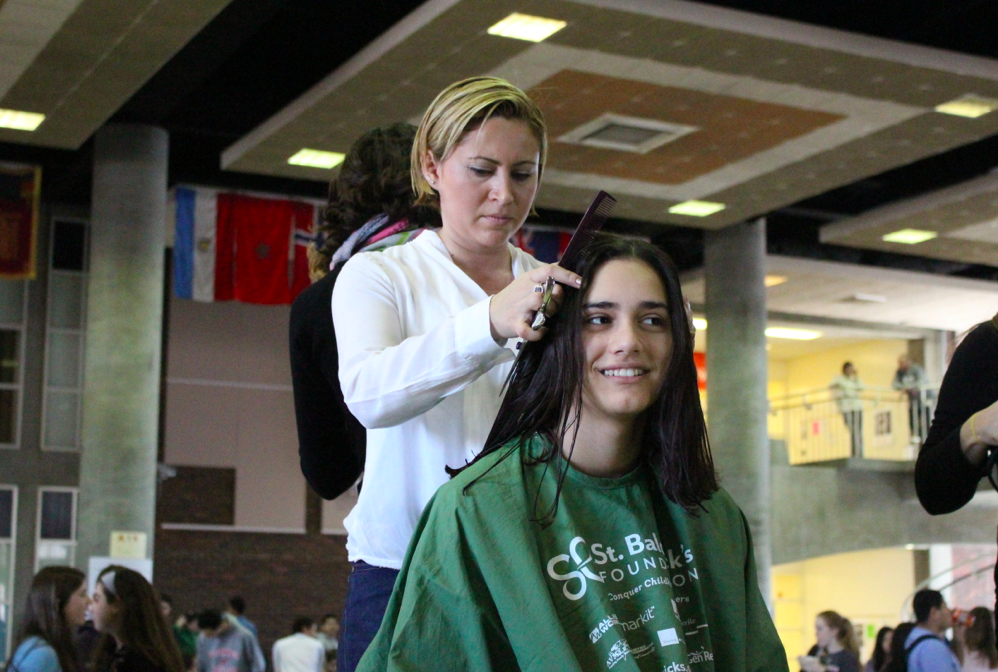 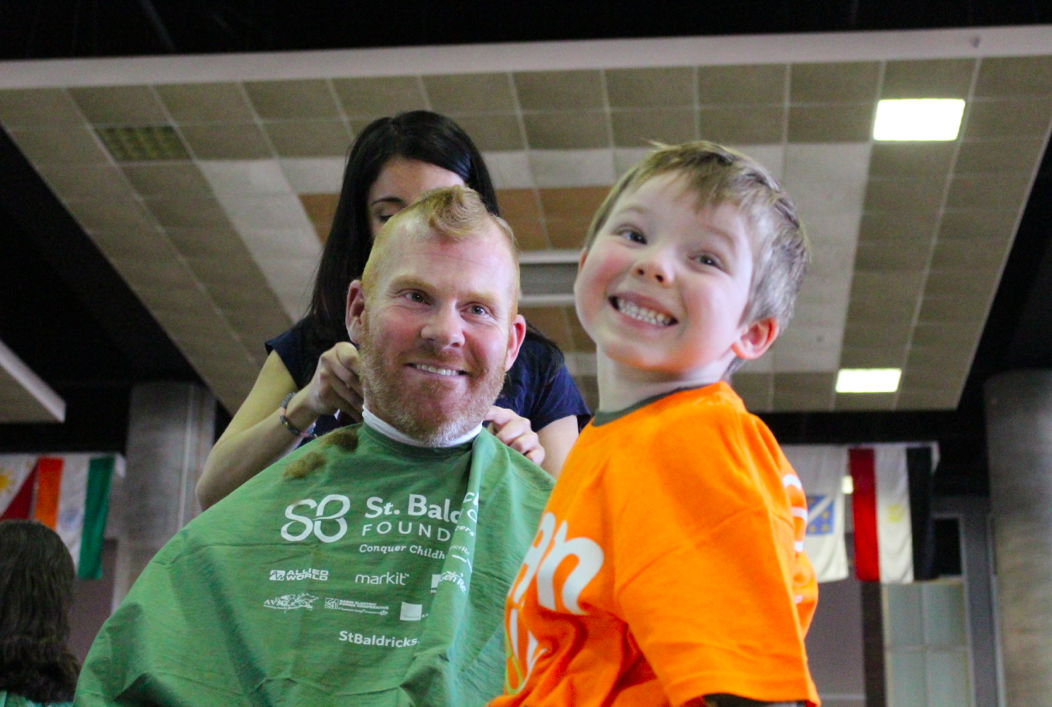 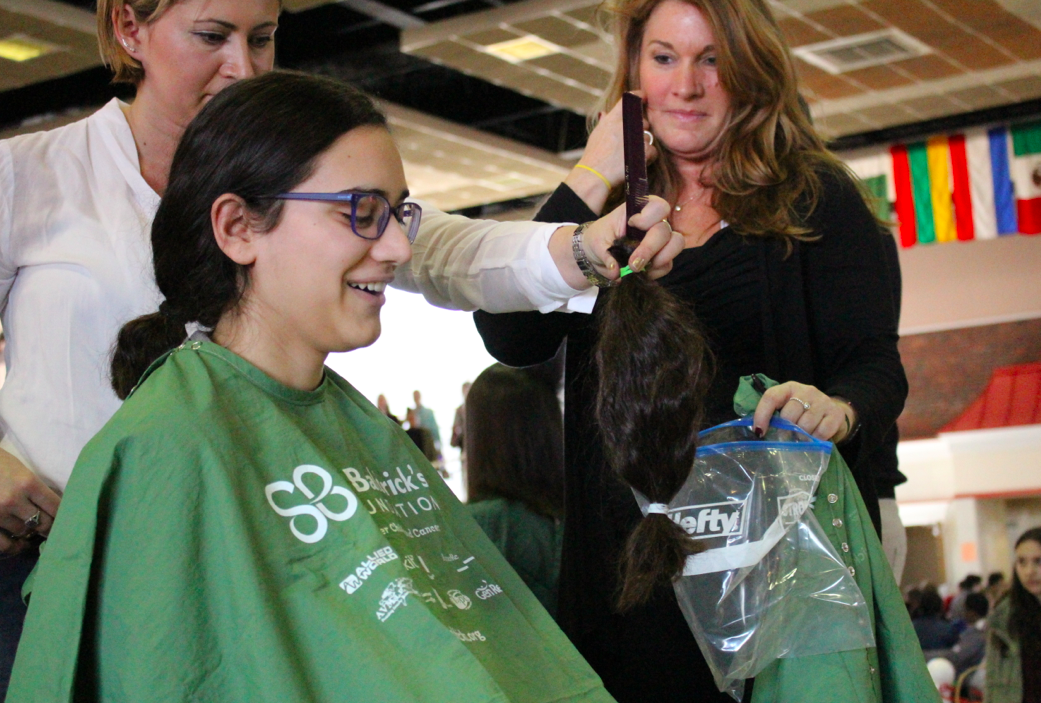 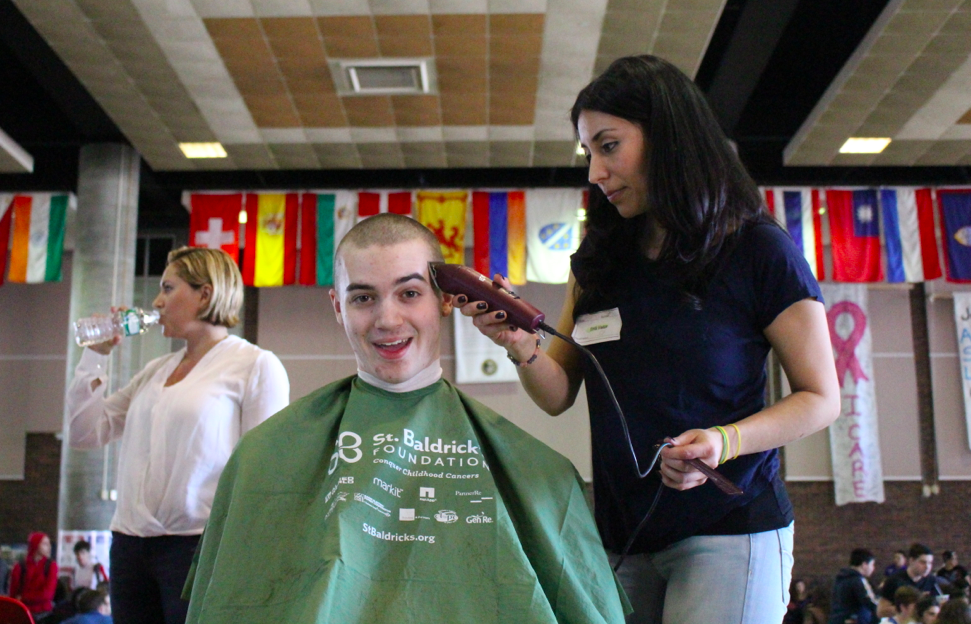 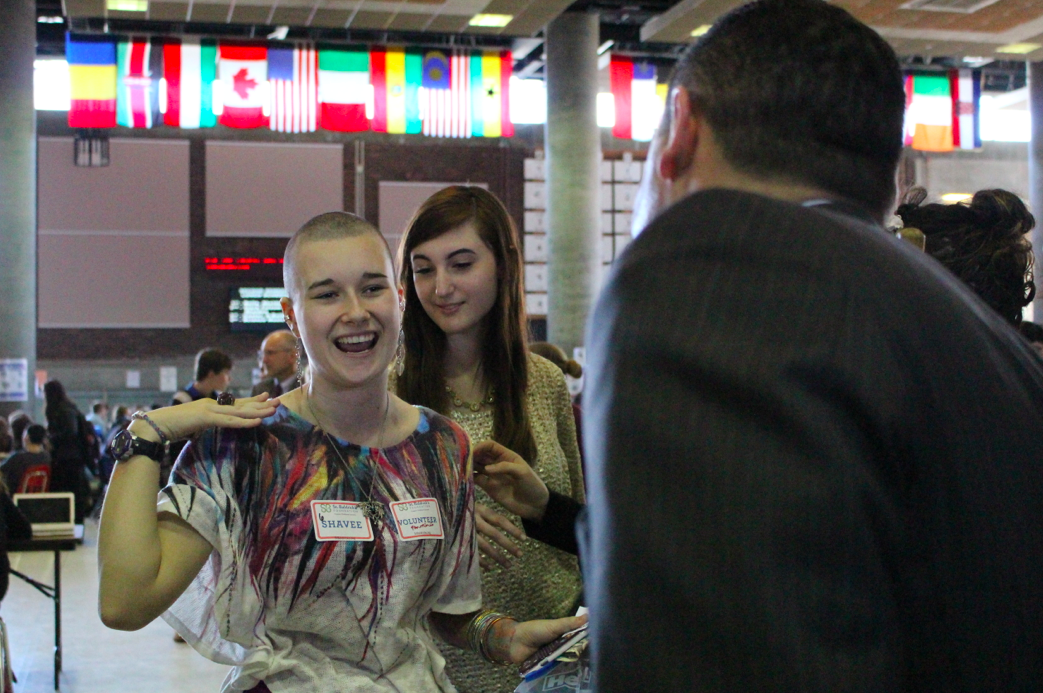 Jimmy’s Shaving His Signature Fro for St. Baldrick’s at GHS