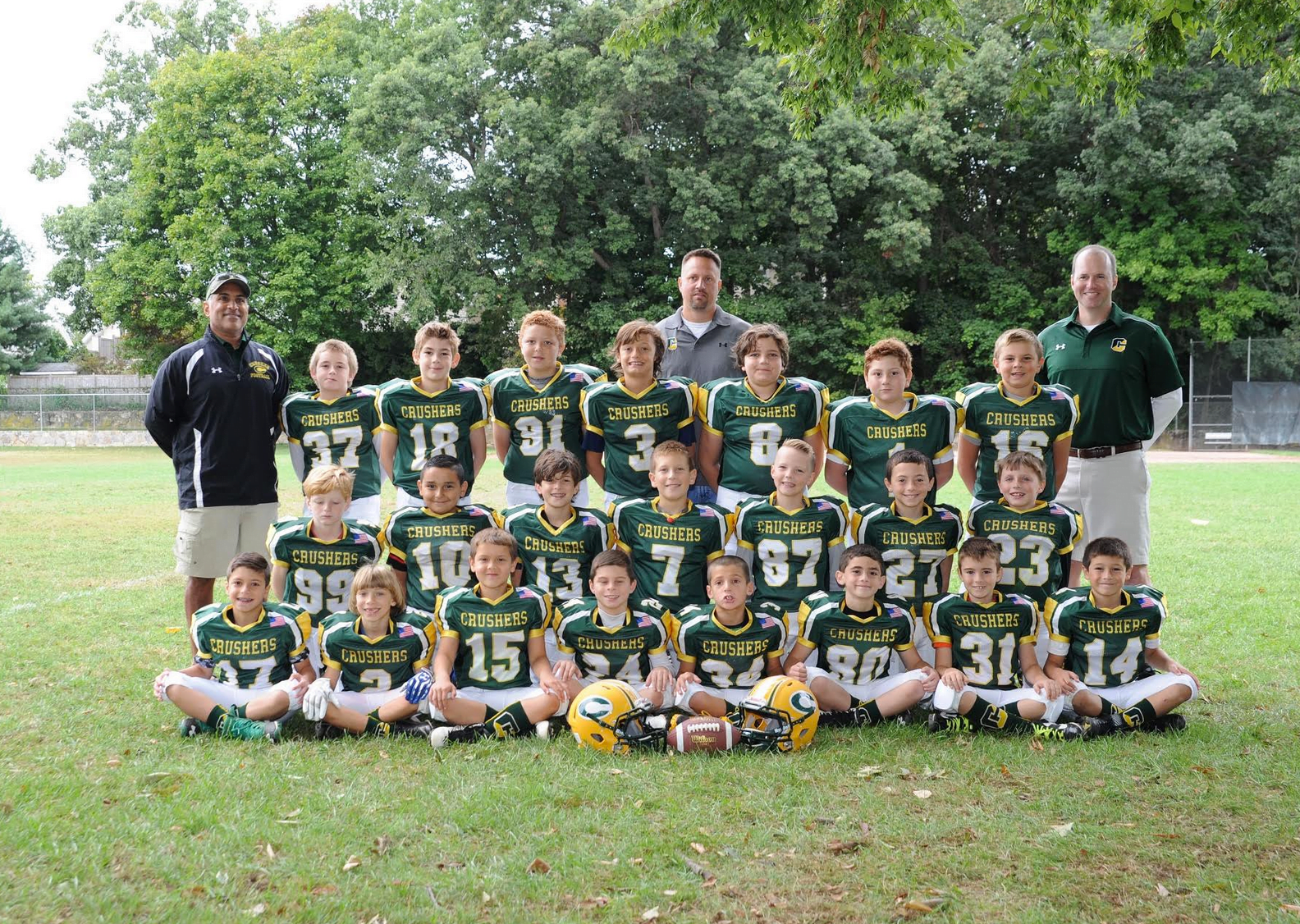 Cos Cob Crusher collected 721 lbs of healthy food in a “virtual collection” for Neighbor to Neighbor. Contributed photo

In Greenwich teens teamed up to collect fresh produce for Greenwich families through an online platform during the 2016 football season.

The food drive allowed fans to support their local team and make a food donation online through the Amp Your Good (AMP) website (ampyourgood.com).

The GYFL season ended with a series of award dinners in late November that concluded the drive with teams reaching the following amounts of pounds donated:

“This has been a fantastic joint venture by the Greenwich Jr United Way and Greenwich Football and Cheerleading organizations,” said said Duncan Lawson, Operations Coordinator at Neighbor to Neighbor.

“This food drive has Neighbor to Neighbor covered for approximately two months worth of fresh produce, which is unbelievable,” Lawson added.

AMP was founded based upon the idea of using technology to make helping out easier and efficient.

The website was created to amplify the good in everyone by enabling their good intentions to have the greatest impact.

“We talk a lot about how we are more than a team, we are family”, said Pat Bria, President of the Cos Cob Crushers organization. He continued, “The Greenwich Youth Football League Fan Food Drive presented by Greenwich Jr United Way was an obvious way for us to unite as a team, to help local families who are in need. We are thrilled and proud to have been the lead blockers for a generous cause.” Bria will be presented with a plaque in honor of the team’s off-field win by Greenwich Jr United Way later this month.

The Greenwich Jr United Way was created by teens to enable teens to get involved in solving problems in their local community. Led by and for young people under the guidance of adults, teens choose focus areas, develop their own ideas and make a measurable difference. All middle school and high school students in the Town of Greenwich are eligible to volunteer.