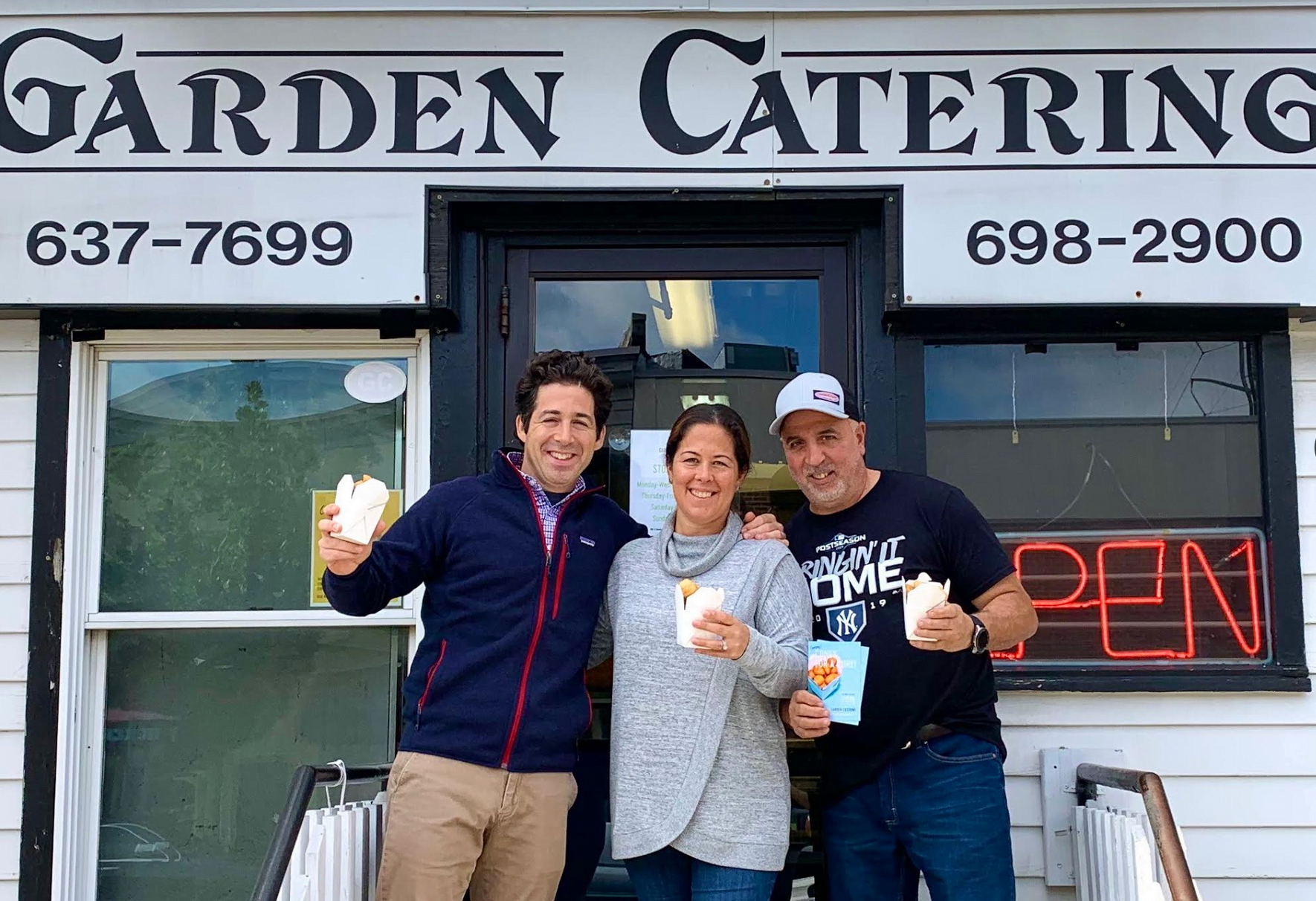 Garden Catering is giving away free cones on October 23 to highlight its “Cones for the Cure”partnership with The Connecticut Chapter of the Cure Starts Now Cancer Research Foundation.

All six of Garden Catering’s Connecticut locations will participate by giving away free portions of their popular potato cones from 4:00pm-8:00pm on October 23.

Although there is no purchase necessary to stop in and get free cones on either day, guests will be able to make donations to the “Cones for the Cure” campaign, which started Wednesday October 16, and runs through October 23. As an incentive, Garden Catering will offer a coupon booklet with up to $25 in savings for every donation of $5 or more, while supplies last.

There is a special $50 booklet, which includes $250 worth of coupons, including a coupon for free cones for a year. 100% of proceeds from coupon books will be donated to the campaign.

Frank Carpenteri Jr., who owns Garden Catering with his father Frank and his sister Tina, said, “Over the last few months, we were introduced to a local family who lost their daughter to a rare form of brain cancer. Their story was heart-wrenching and while we can’t even begin to imagine their pain, we are honored to support them through Cones for the Cure.”

The Connecticut chapter of The Cure Starts Now was formed in honor of and love for our brave hero Lea who was diagnosed with DIPG in August of 2017.

Throughout her battle, she taught our community about the truest meaning of strength, courage, and family. Lea gained her angel wings in May 2018. We are dedicated to continuing Lea’s fight and believe that starting this chapter will help provide future miracles in the fight against pediatric brain cancer. The Cure Starts Now (501c3 Federal Non-Profit) is one of the only cancer foundations dedicated to a “homerun” cure for all cancers, starting first with one of the most deadly and di.cult cancers: pediatric brain cancer. Many experts believe that the lessons we learn from fighting pediatric cancer may in fact provide us the critical first step in winning the battle against all forms of cancer, both pediatric and adult.