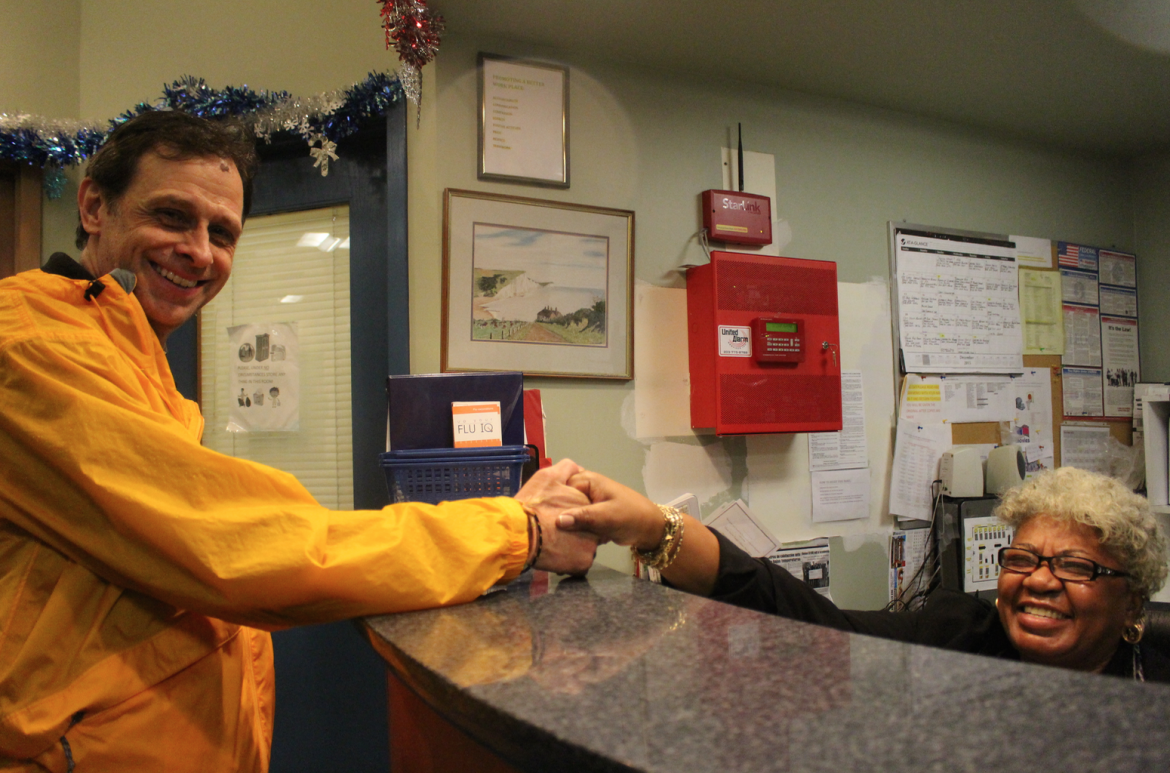 The first day of winter was marked at Pacific House by the delivery of 60 brand new men’s coats and 25 new sleeping bags – all through the efforts of Don Adams and Peace Community Chapel in Old Greenwich. 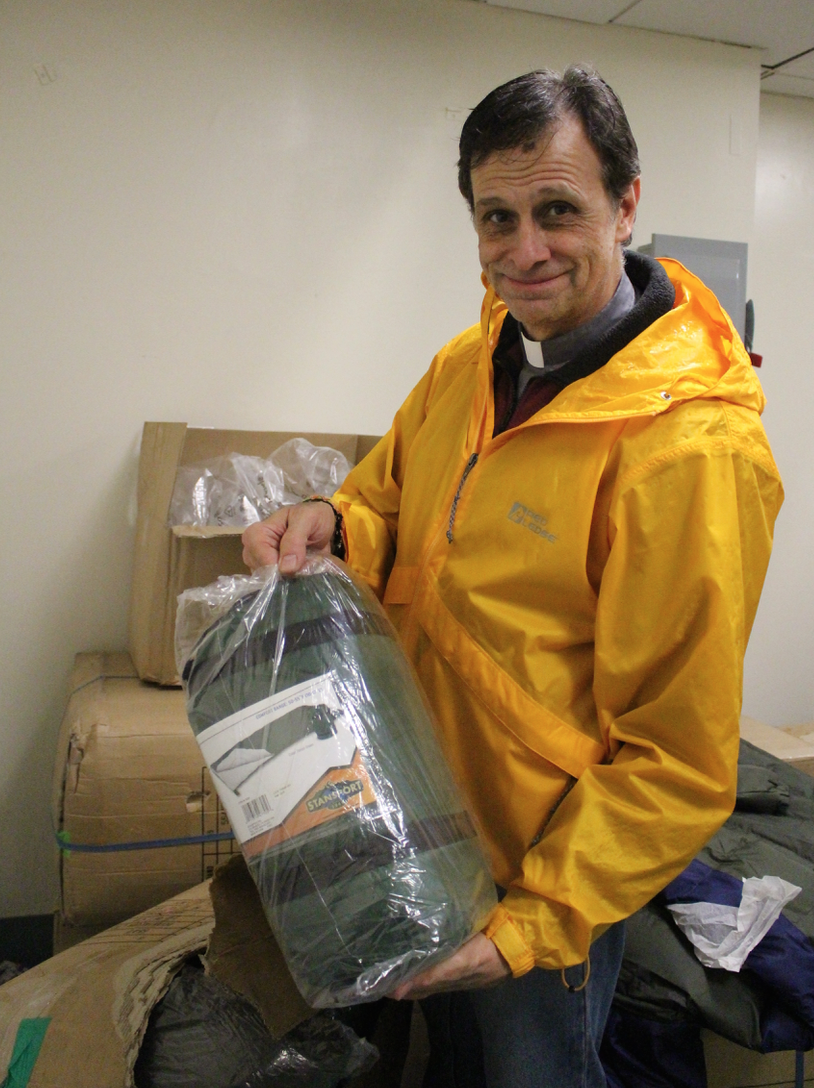 At Pacific House, Residential Services manager Velma Clark said the sleeping bags will be put to use inside the emergency men’s shelter where the temperature isn’t always regulated perfectly, as well as through their outreach workers. She said there are homeless people reluctant to come inside to sleep at Pacific House, and the outreach crew will offer sleeping bags in addition to hats, gloves and scarves.

On Tuesday, Clark said she expected maybe 70 men would spend the night at Pacific House, though she hoped for more. The facility can accommodate about 110 men. 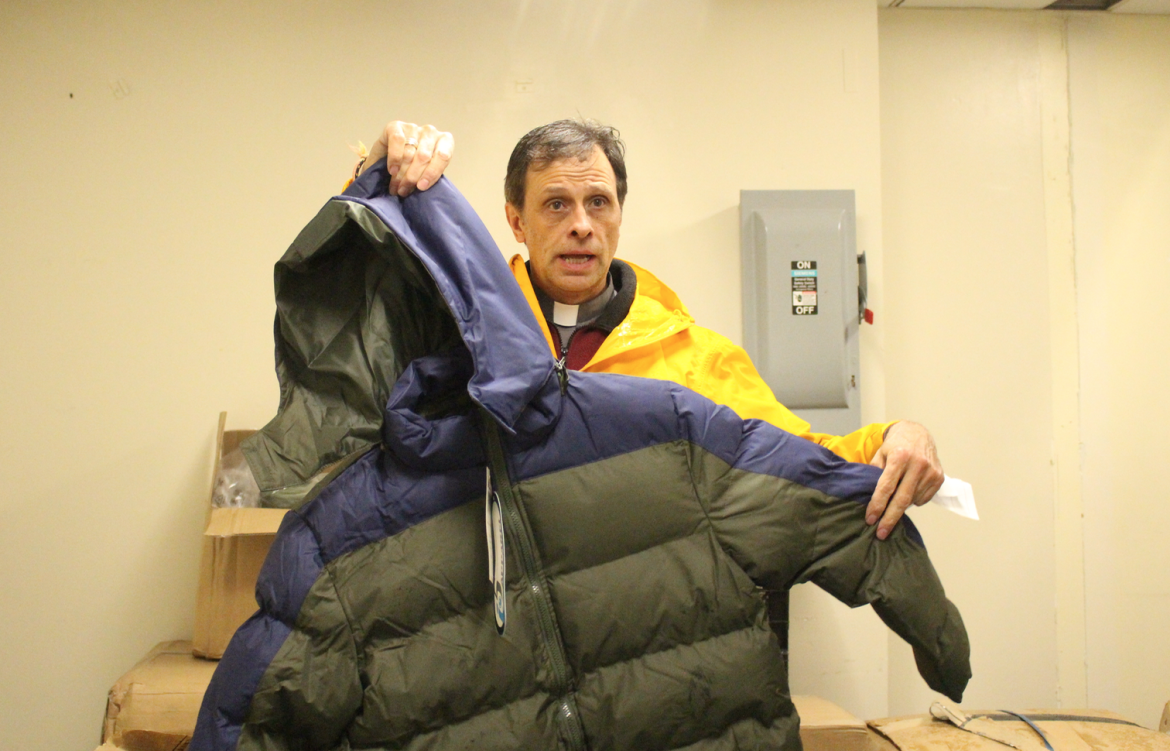 “Some people don’t like to come inside. They prefer to sleep under the bridge or wherever,” Clark said.

“This is not the solution,” Adams acknowledged. “But if you’re cut you need a Bandaid, right?”

Clark said the sleeping bags will make the men very happy, and that a steady stream of school groups, churches and organizations have been dropping off hats, scarves toiletries at the shelter, which are all greatly appreciated.

Clark said that right now the shelter is in need of sheets and towels, and that they don’t need to be new. 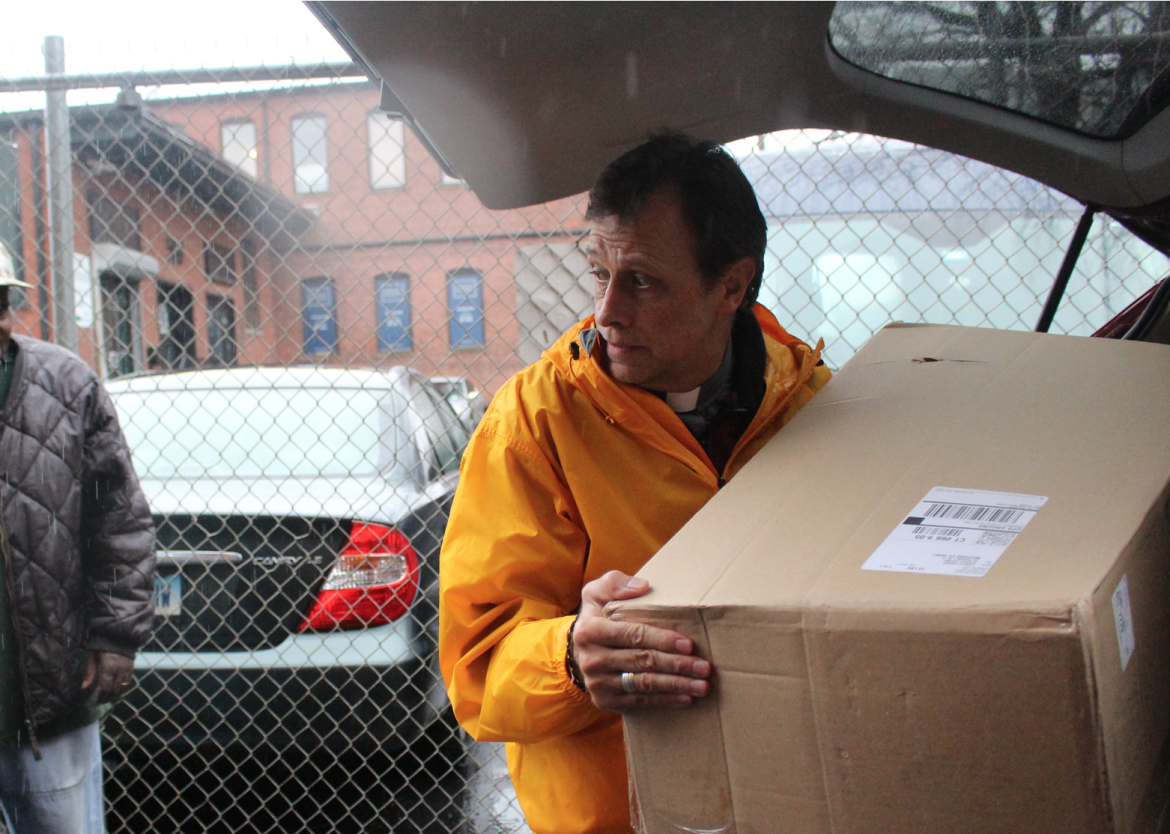 “Not bad for just out of the gates 6 months ago,” Adams said while dropping off the van load full of sleeping bags and coats, which came in sizes Large, Extra Large, and XX Large.

Adams has been involved in multiple projects lately. His congregation has been making about 150 sandwiches a month to bring to New Covenant House. He also did a dinner at Quarry Knoll in Greenwich last weekend and makes frequent trips to Bridgeport Rescue Mission to drop off clothing and other items.