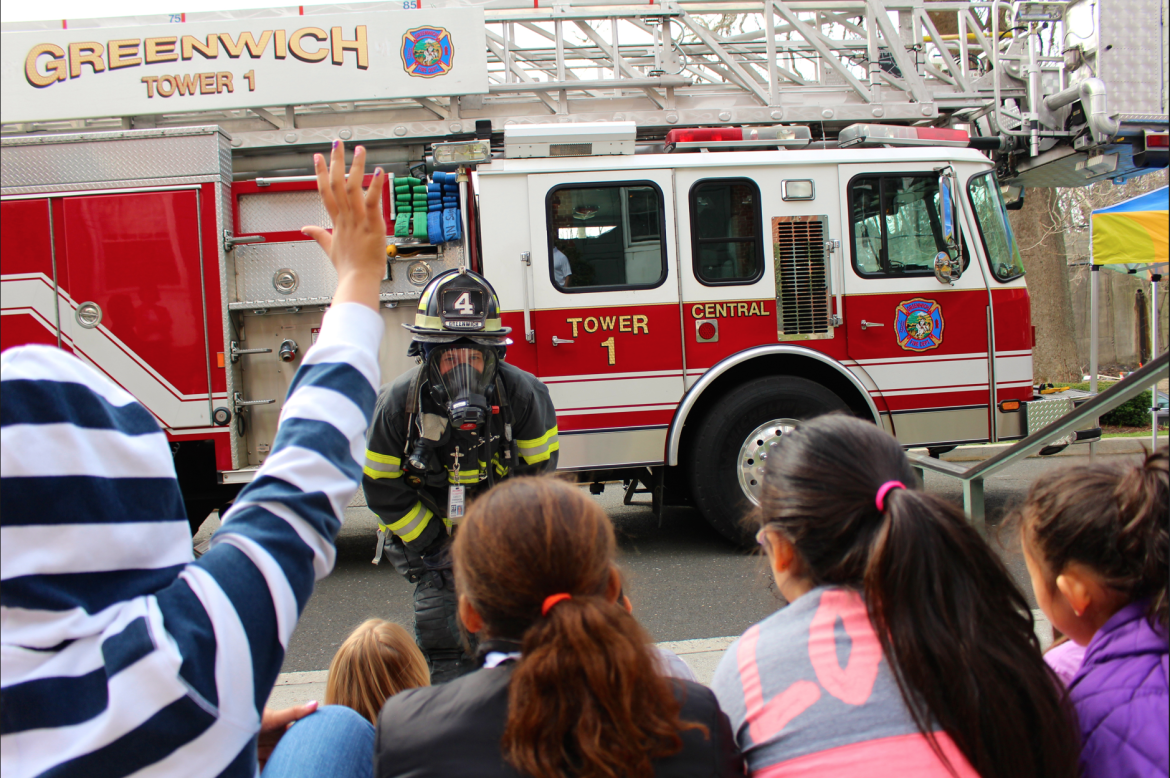 A highlight of the first day of ZAC Camp at the Boys & Girsl Club of Greenwich was a bit of show-and-tell with members of the Greenwich Fire Department.

After Fire Chief Peter Siecienski joined in the welcome of 117 campers Monday morning, the children rotated through three stations: swim lesson, classroom time, and a session outdoors with members of the Greenwich Fire Dept.

Fire fighters Constantino and Bataille each demonstrated the process of putting on their uniforms and gear, one for fire fighting, one for cold water rescue.

Beside a gleaming red ladder truck, Assistant Fire Chief Robert Kick told children how important it is for them to memorize their address, just in case they ever need to call 911. 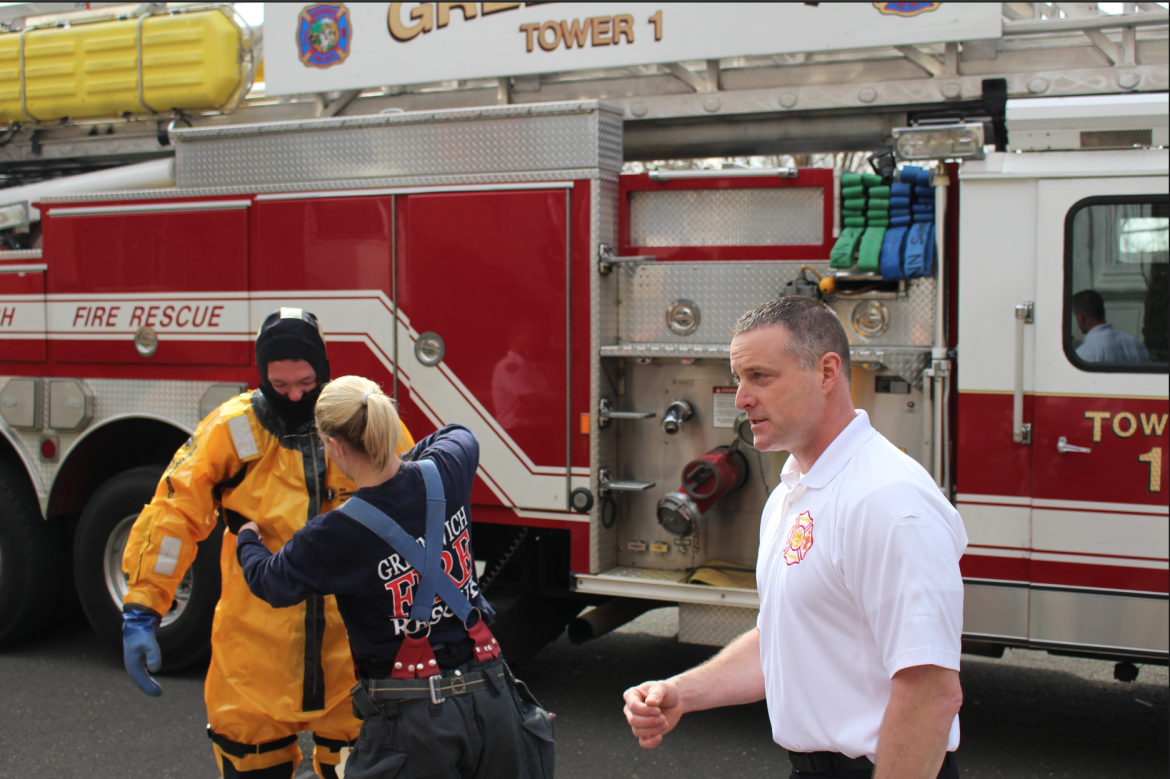 Mr. Kick said that fighter Constantino’s full gear weighed a whopping 75 lbs and that  the brings bottles attached to her gear each contain 30 minutes worth of air. When the children asked what she does if she runs out, he explained that there are warning lights that let her know in time if she’s running low. 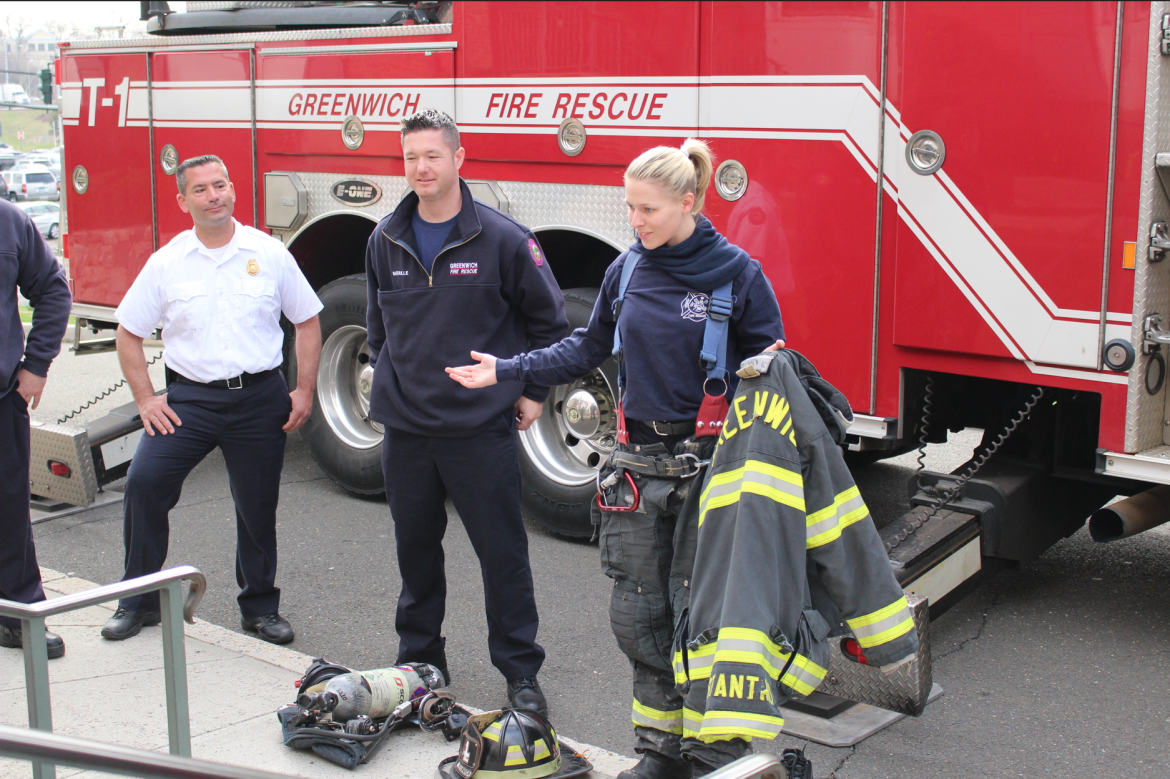 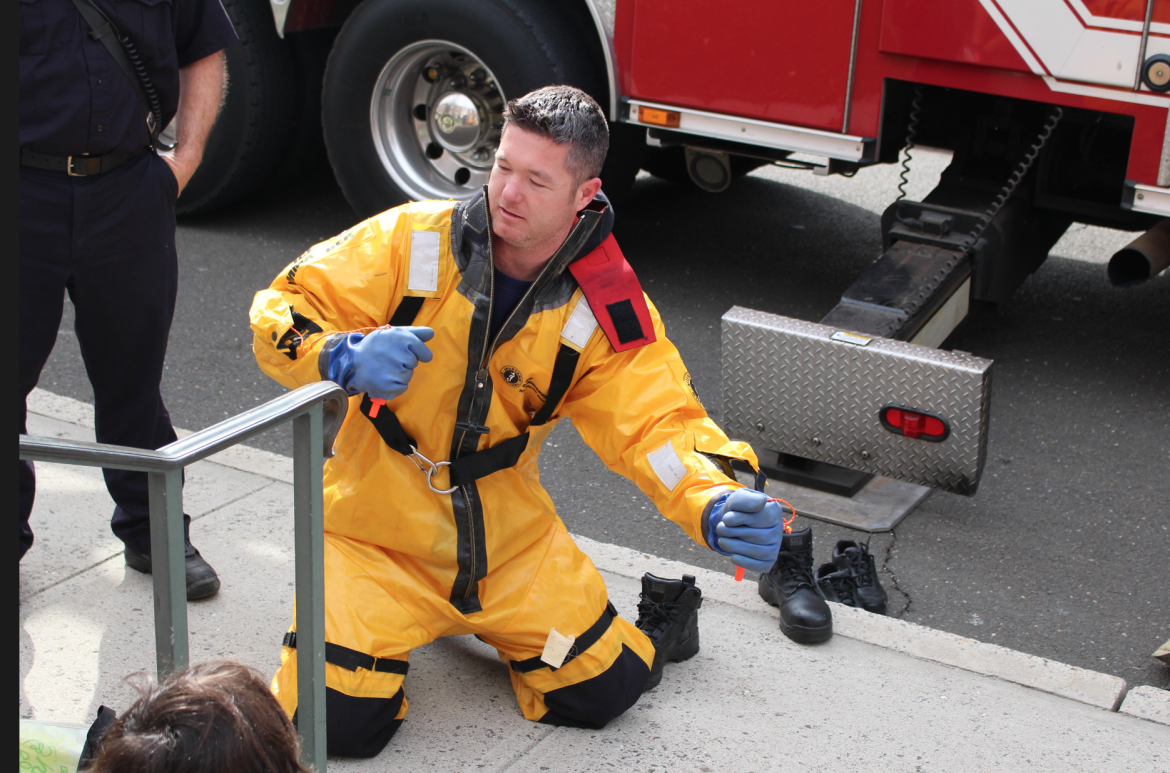 Demonstrating the use of ice picks, he showed the pair of bright orange plastic tools that each have a retractable metal pick inside. Bataille said the picks help him get a grip so he can pull himself across slippery ice in a rescue situation.

Mr. Bataille explained that his exposure suit is buoyant so that even if he tried to dive, he would pop back up.

Next, Mr. Kick and the members of the Greenwich Fire Department talked about the ladder truck. He explained that the ladder extends six or seven stories high, for a total of about 95 ft. The hose emits 1,500 gallons of water a minute — enough to knock a person over — and three fire fighters can fit in the “bucket” at the top of the ladder.

Mr. Kick said that when the ladder is folded into the resting position on the truck they call it “in its bed.”

After climbing inside the “bucket” Mr. Bataille showed the children the firefighters’ tools, which included an axe, they use to break through a burning building.

“Sometimes we have to do damage to buildings to save people,” Mr. Kick explained to the children. 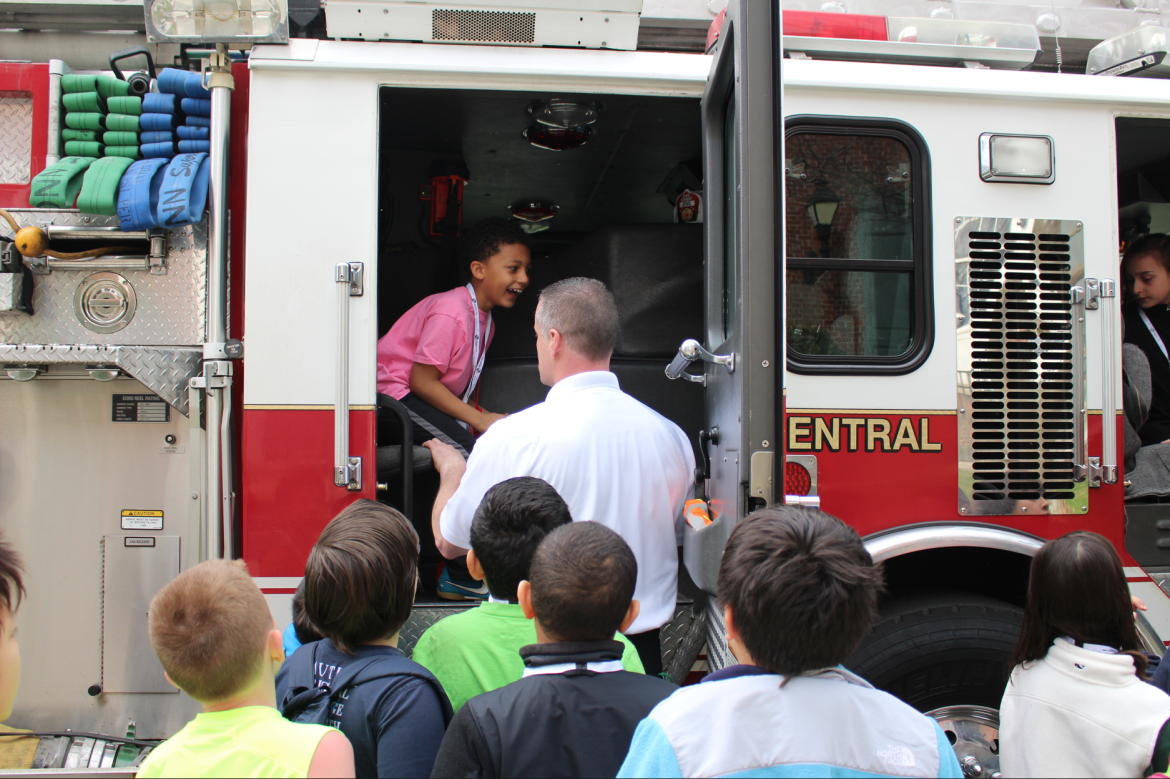 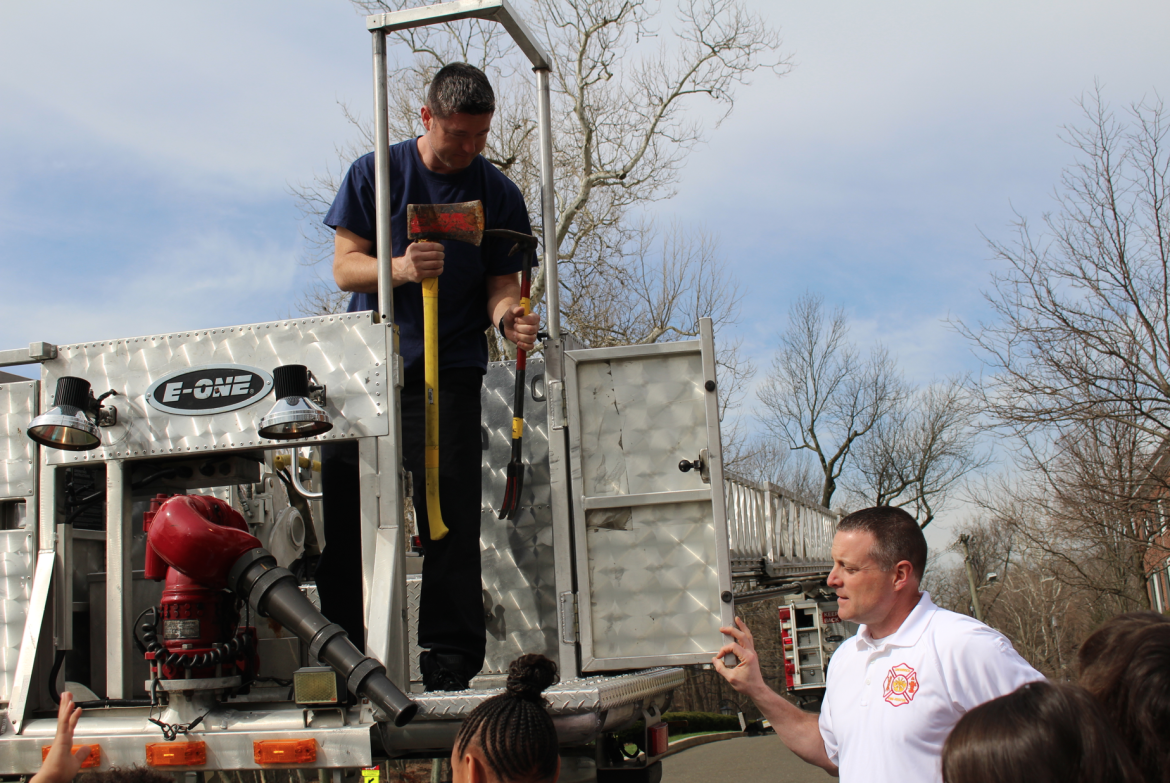 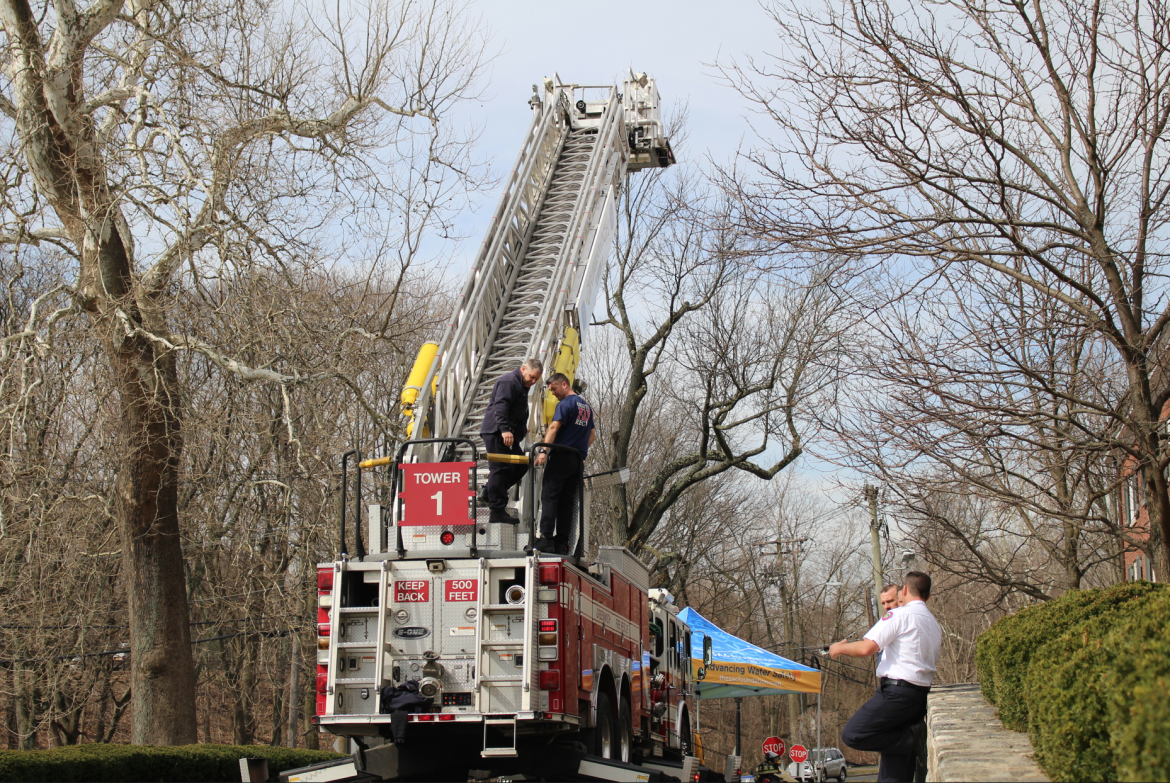 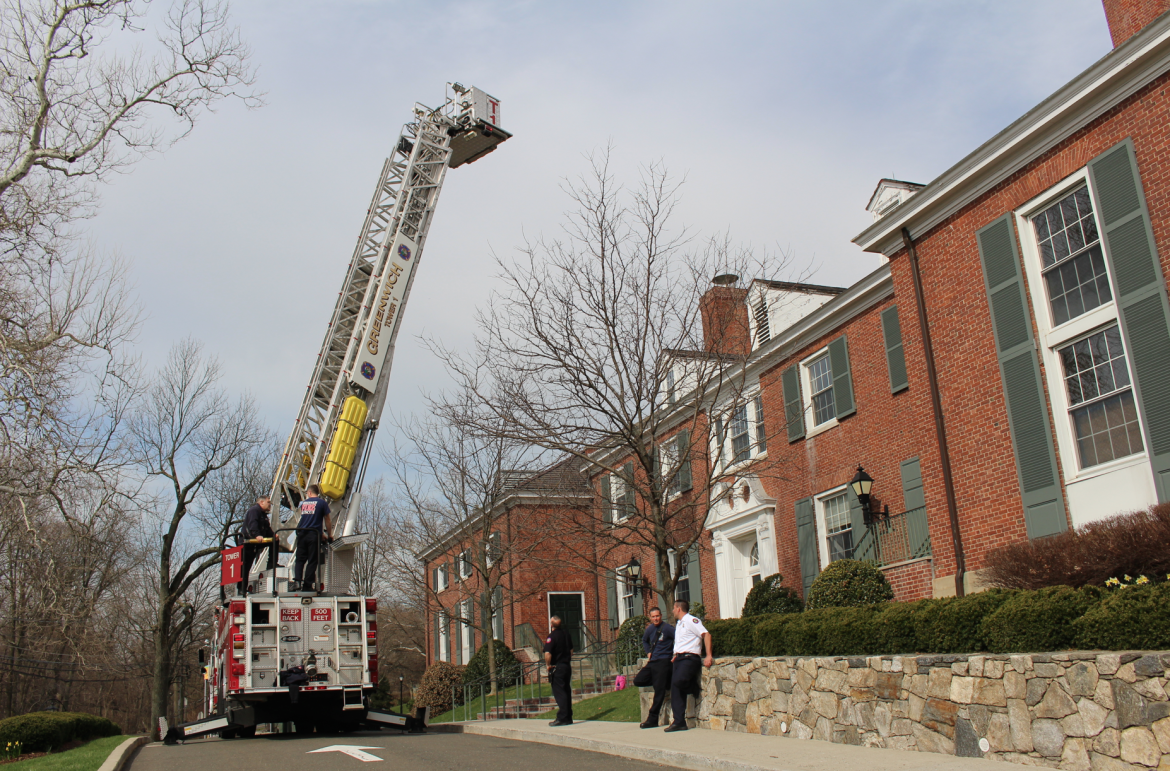 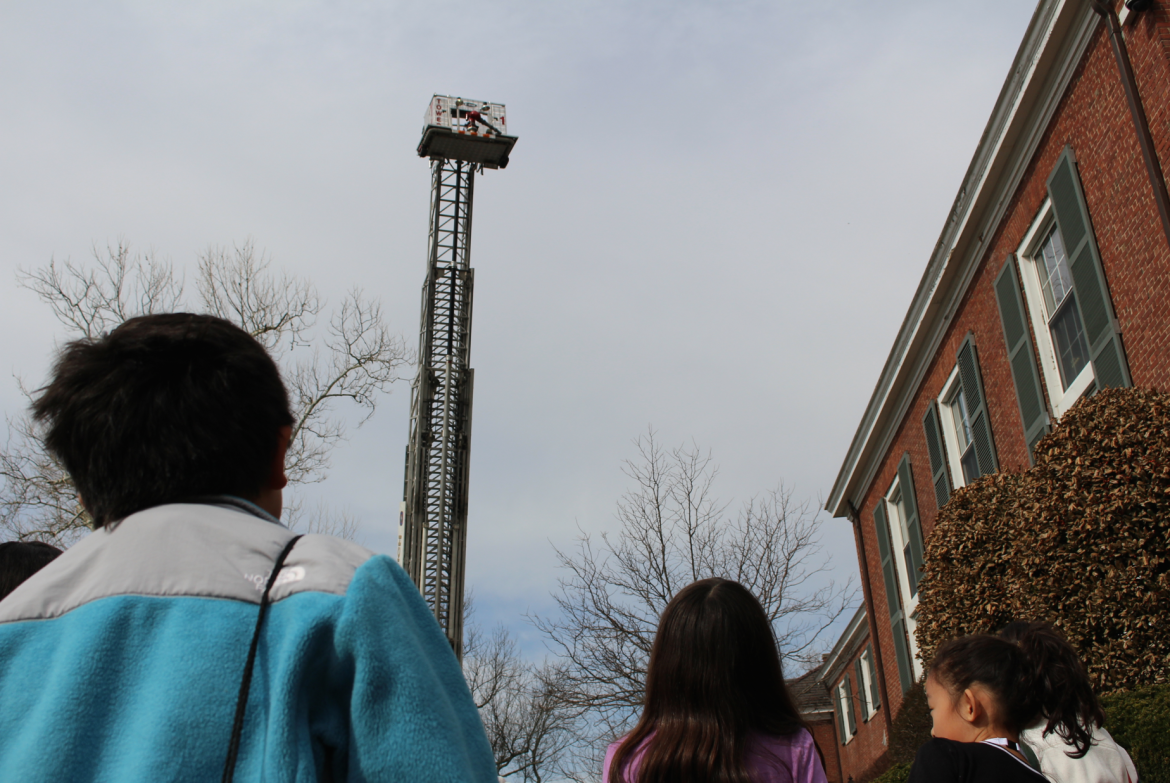 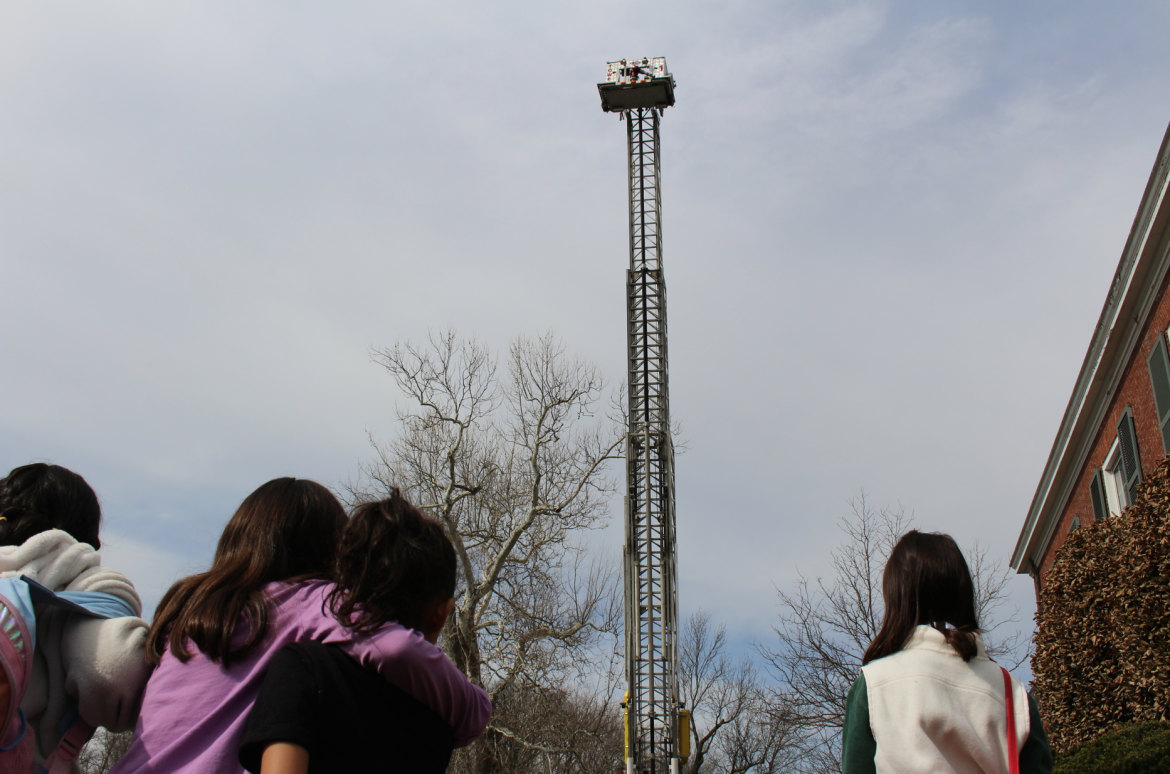 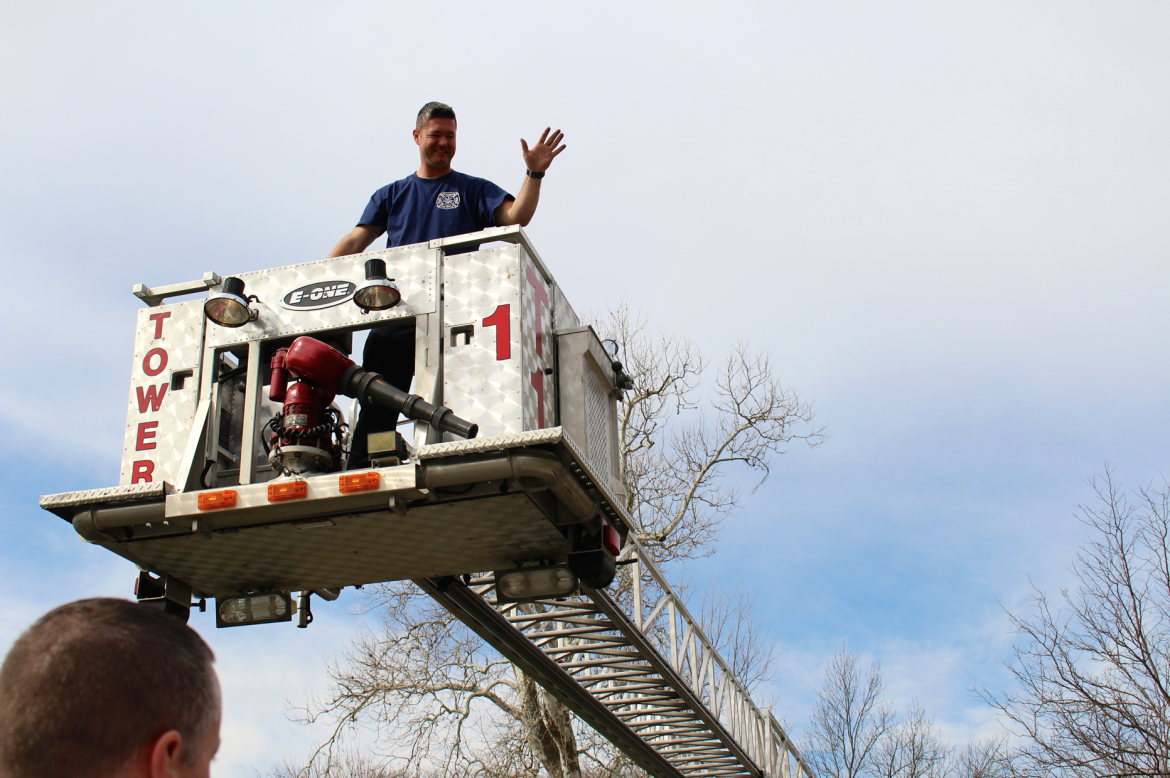