From the weather, to the venue, to the more than 370 women who came to Belle Haven Country Club to shop, the YWCA Greenwich’s 12th Annual Old Bags Luncheon brought to light the serious issue of domestic violence in the Town of Greenwich.

The annual event puts shopping for incredible handbags and fundraising for an important cause together.

Police Chief Heavey and four Silver Shield Officers, who sold raffle tickets for a Chanel bag, were in attendance. Domestic Violence is the number one violent crime in Greenwich and the second most investigated crime in our town. The Greenwich Police Department’s rapid and trained response to a call from someone in crisis in partnership with the YWCA is a critical component of YWCA Domestic Abuse Service’s ability to serve the women, children, and some men, who call for help.

“Last year, YWCA Domestic Abuse Services provided help to 1,367 individuals – members of our community – who reached out for help and support during their darkest days,” said Mary Lee Kiernan, President and CEO, YWCA Greenwich, “a call to the YWCA is a first step in surviving a domestic abuse situation.”

YWCA Greenwich is the only agency licensed and accredited to treat victims of domestic violence in Greenwich. This year, YWCA Greenwich will spend almost $1.6 million to provide services free of charge to the victims who reach them.

Jane Condon, comedian and Greenwich resident, was this year’s auctioneer, and students from the Convent of Sacred Heart modelled the high end purses that were donated by local retail stores and generous donors throughout the community. 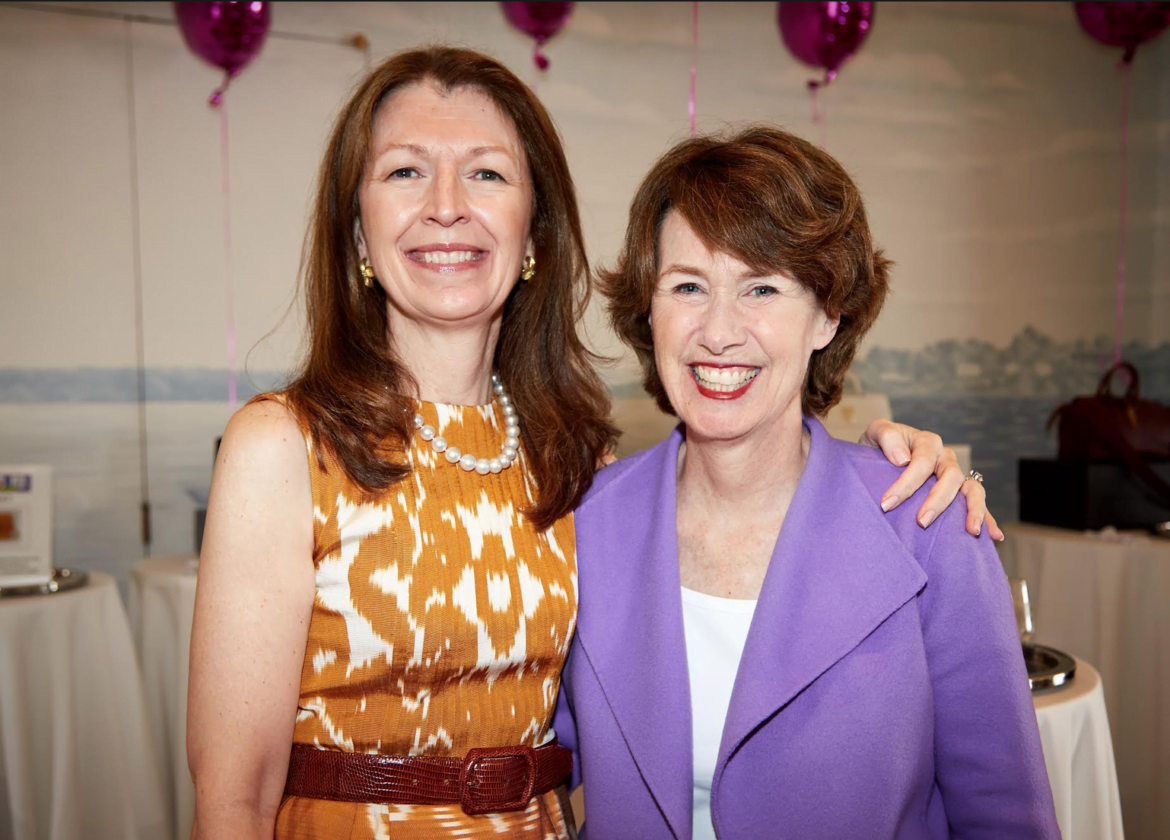