Austin Sciulla, Pack 35 Webelos Scout, retained the championship title for the second year in a row as tweny-one Cub Scouts qualified to compete in the Greenwich Council Pinewood Derby Championship that took place on Saturday, March 10 at Seton Scout Reservation.

“It was a great afternoon of Pinewood Derby Racing,” said Ray Garrison, District Director for the Greenwich Council.  “The effort and creativity put forth by the Scouts with their car designs was quite impressive.”

“I was really surprised to win this year,” said Austin Sciulla. “There were so many great competitors.  When I saw Jack Rossi, I knew it was going to be close.”

Austin’s car came in just sixteen thousandths of a second before Colby Laflin for the win.

“Austin spent a lot of time working on his car,” said Colleen Sciulla, Austin’s mother. “It’s bonding time with his father and he learns about physics and engineering.”

Austin built his car and then sketched on paper what he wanted the finish to look like.  “It’s a lot of trial and error and hard work,” Austin said.  “We run the car over and over on our table and see if it goes too far left, or too far right.” 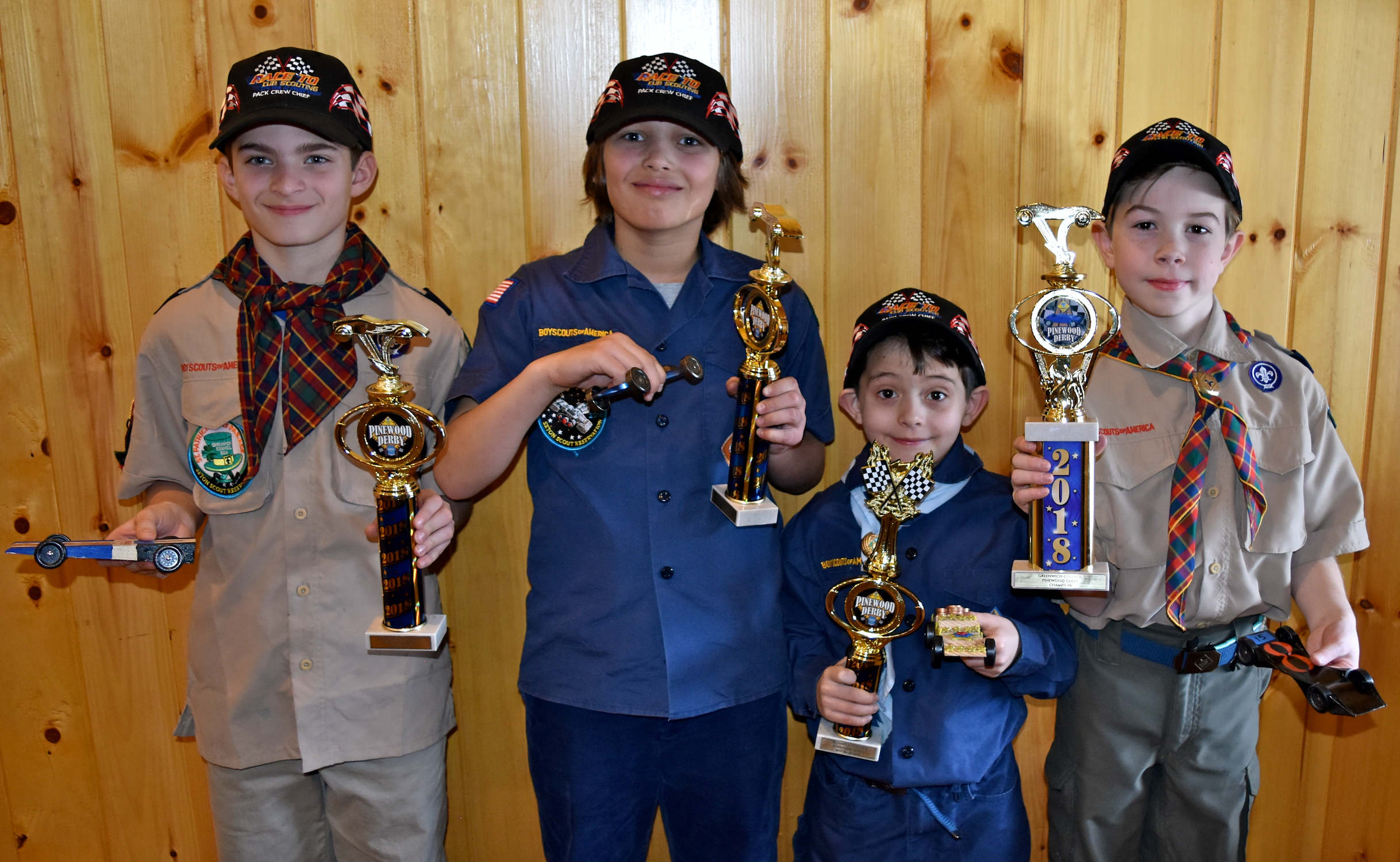 This will be the last year that Austin can compete in the derby as he crosses over into the Boy Scout program in April.

Started by a Cubmaster in California in 1953, the Pinewood Derby is one of the highlights of the year for Cub Scouts.

The program builds character and bonds of friendship for the young boys and girls that participate.

Following the derby rules and cheering on friends as they race against each other teaches sportsmanship and good citizenship. Personal achievement comes to any Cub Scout who picks up a woodworking tool and shapes raw wood into a sleek design.

Adventure, leadership, service and learning, especially in the outdoors, have remained essential to the Greenwich Scouting experience since its inception in 1912.  Nearly 1,750 local youth participate in fun programs, such as the Fishing Derby, run by 250 dedicated volunteers, all of which help prepare local boys and girls for life.  With over 20 partnering organizations and Cub Scouting, Boy Scouting, Venturing and Exploring opportunities in Greenwich, there’s never been a better time to join the Scouting community. 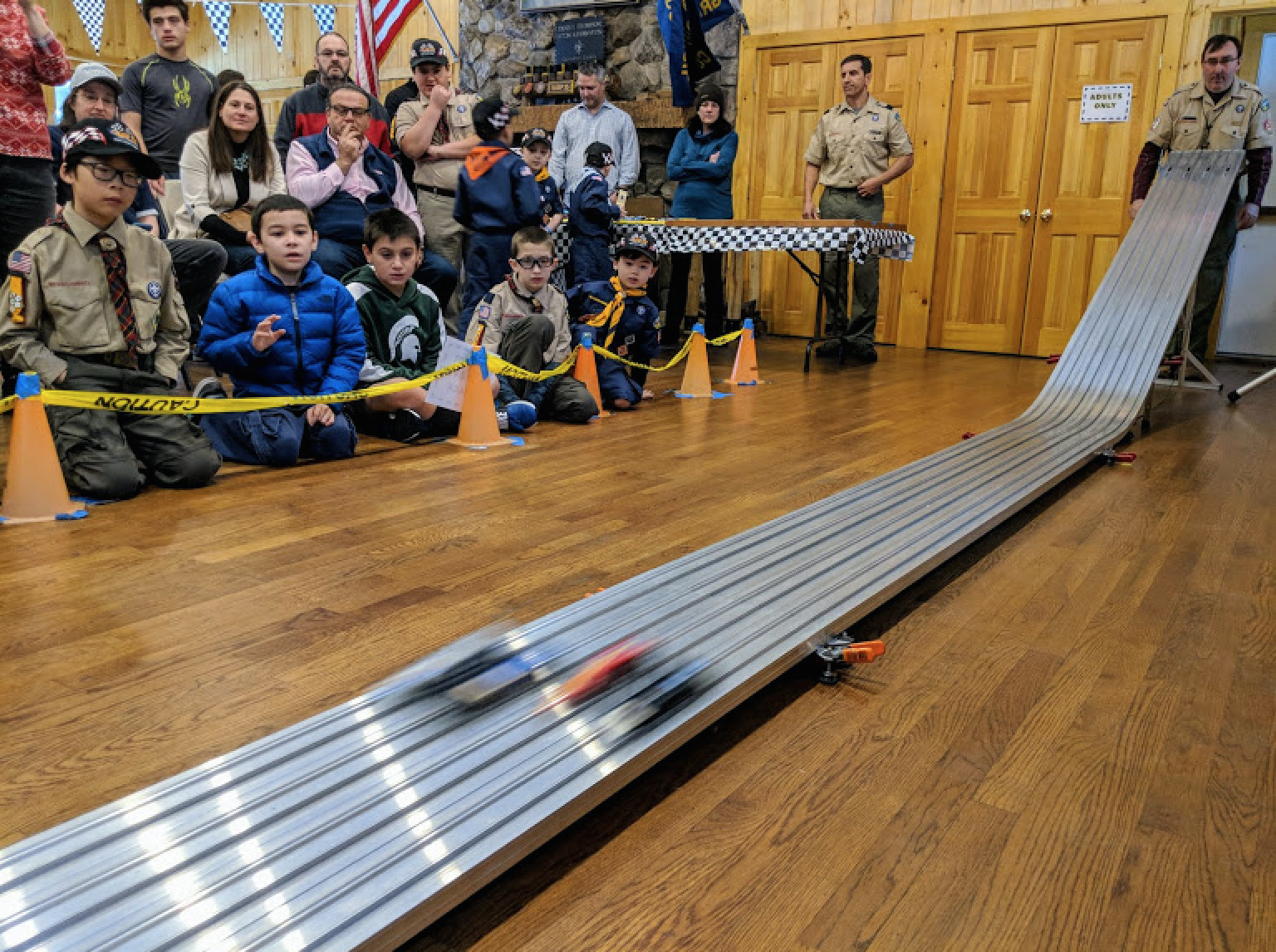 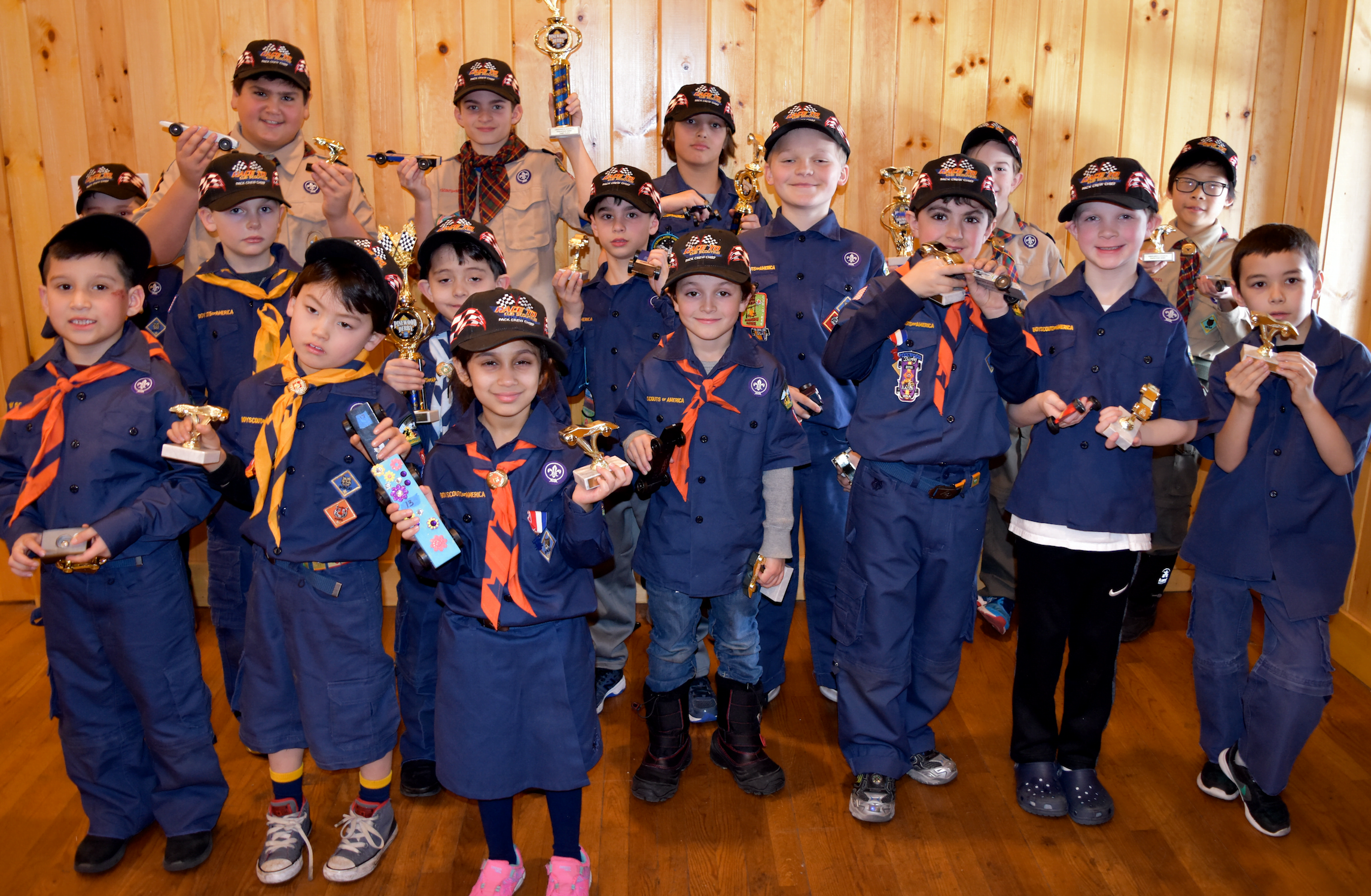