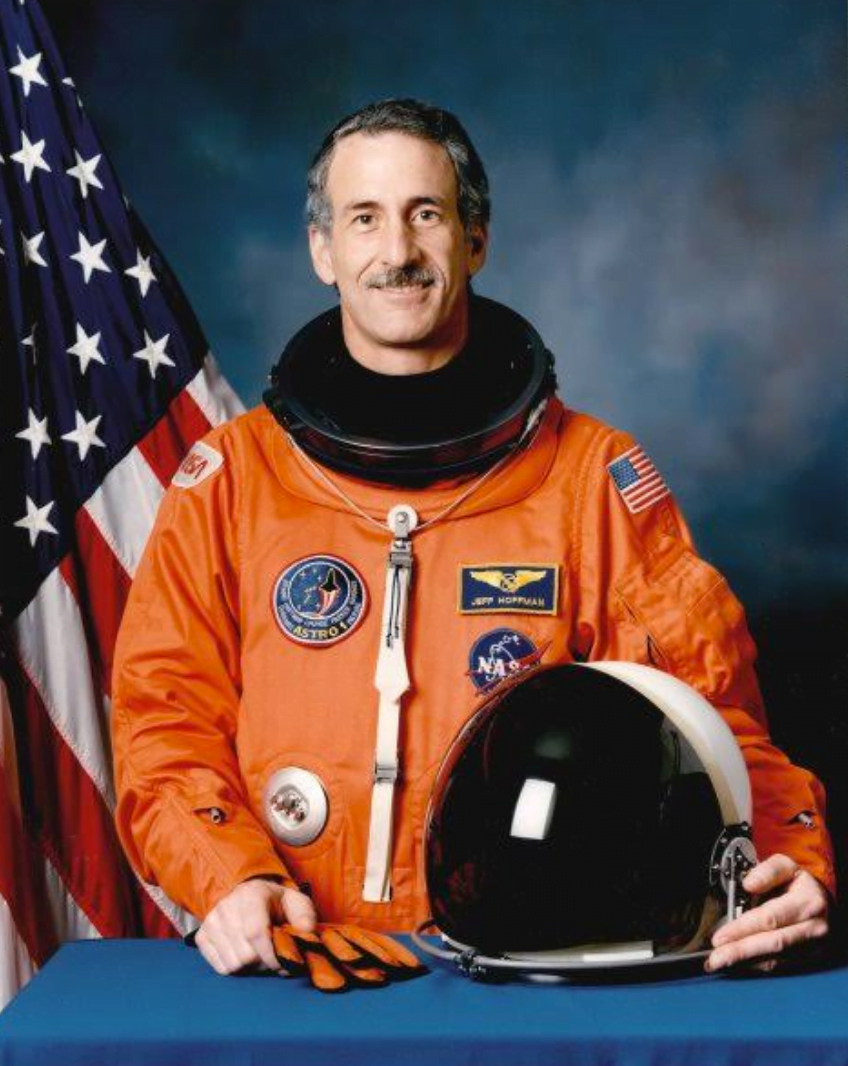 Dr. Hoffman, a native of Scarsdale, NY, has completed five missions in space and four spacewalks since becoming a NASA astronaut in 1979. During each space mission, he took with him several Jewish artifacts including a mezuzah, dreidels, and a small Torah scroll.

“In 1985, I read of how a Jewish American astronaut, Dr. Jeffrey Hoffman, read from the Torah in space while passing over Jerusalem,” said Rabbi Mitchell M. Hurvitz. “I have never forgotten the power of such an amazing event and now, almost 35 years later, we are excited to be hosting this very special Jewish role model.”

In total, Dr. Hoffman has logged more than 21.5 million miles and 1,211 hours in space. His resume includes performing the first unplanned, contingency spacewalk in NASA’s history, as well as the initial rescue mission to repair the optics of the Hubble Space Telescope in 1993. In 2007, Dr. Hoffman was elected to the US Astronaut Hall of Fame. He is currently a professor of aeronautics and astronautics at MIT.

Following his presentation – which will include stories from space flights and photos – Dr. Hoffman will be available for Q&A, meet and greet, and a unique photo opportunity. Members from the Westchester Amateur Astronomers will also be on hand for those who are interested in learning more about astronomy.

The cost to attend is $18 per adult (children under 18 who are interested may attend for free with a paying adult). To register online, visit www.templesholom.com.