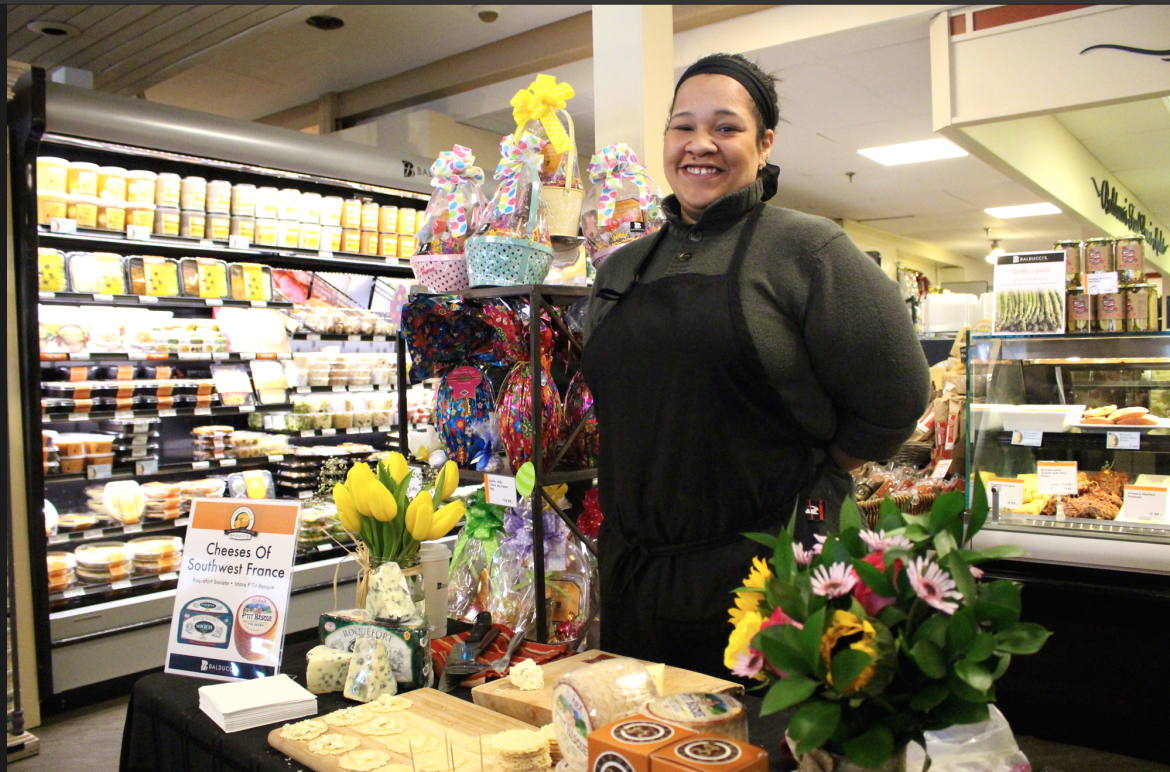 Alexis sampled creamy Roquefort Societe cheese,which she described as an intense flavorful sheeps milk blue from France that is good for melting. Also on offer from the southwest of France was Petite Basque, aged 70 days a mild sheep milk cheese from Lactalis. 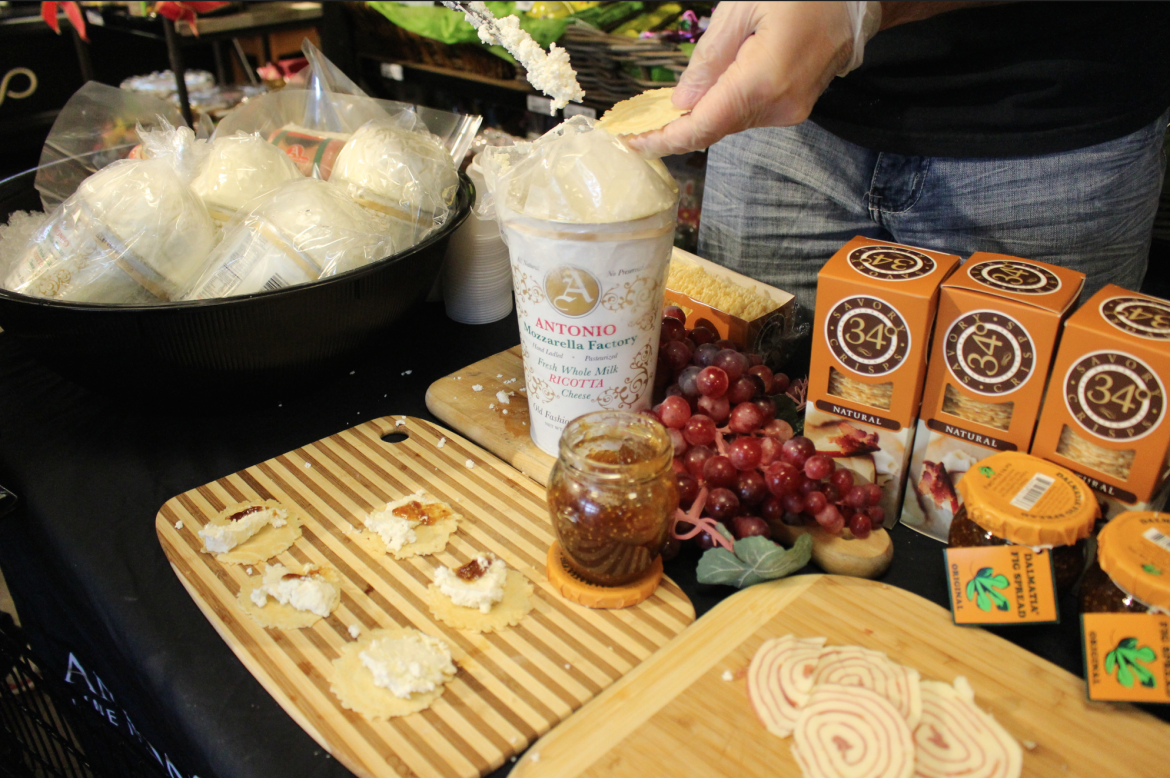 Around the corner John Giordano was sampling crackers topped with Dalmatia fig jam and ricotta from Antonio Mozzarrella, based out of Newark. Giordano said the cheese company he works for specializes in traditional Italian Cheeses.

The company was started after Thomas Pugliese, the company president, spent two years Calabria in Italy at his family’s cheese-making facility, learning the family tradition of mozzarella making from his grandparents. In the factory named Mr. Pugliese’s company after his mentor, Antonio, a time-honored tradition is honored in making cheese with milk from local dairies. 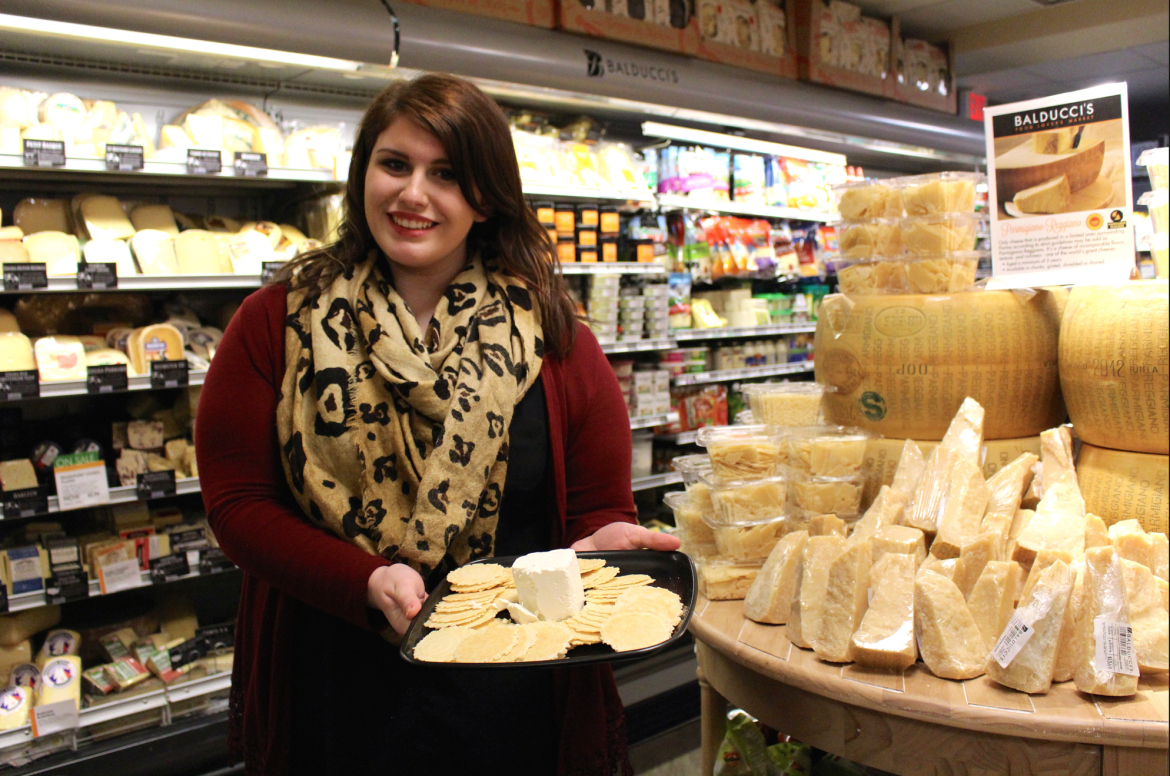 At Balducci’s Cheesetopia event on Saturday, Jillian Troyer was sampling crackers and feta, and a refreshing combination of watermelon and feta, which she said is a popular combination in Israel. Credit: Leslie Yager

Jillian Troyer sampled a unique pairing of watermelon and Ezra’s feta cheese. Ezra’s is a 100 year old Israeli-Mediterranean recipe which is unique in that its sea-salt bring ensures its creamy, smooth texture. Troyer said that in Israel, feta is often paired with fruit or vegetables for a refreshing mid-day snack.