Wednesday night’s ribbon cutting and opening concert in the new Greenwich High School performing arts center will hold particular significance for many GHS alumni. One particular alumnus, Rob Mathes, who graduated in 1981 will be particularly excited that the state-of-the-art performance space is finally complete.

In an interview on Friday afternoon, Mr. Mathes said he got involved in the effort create a new auditorium a dozen years ago, when then Chair of the Board of Education, Genny Krob, approached him for help. Mathes testified at Town Hall meetings, went before the RTM twice and spoke to many other decision makers in Town. 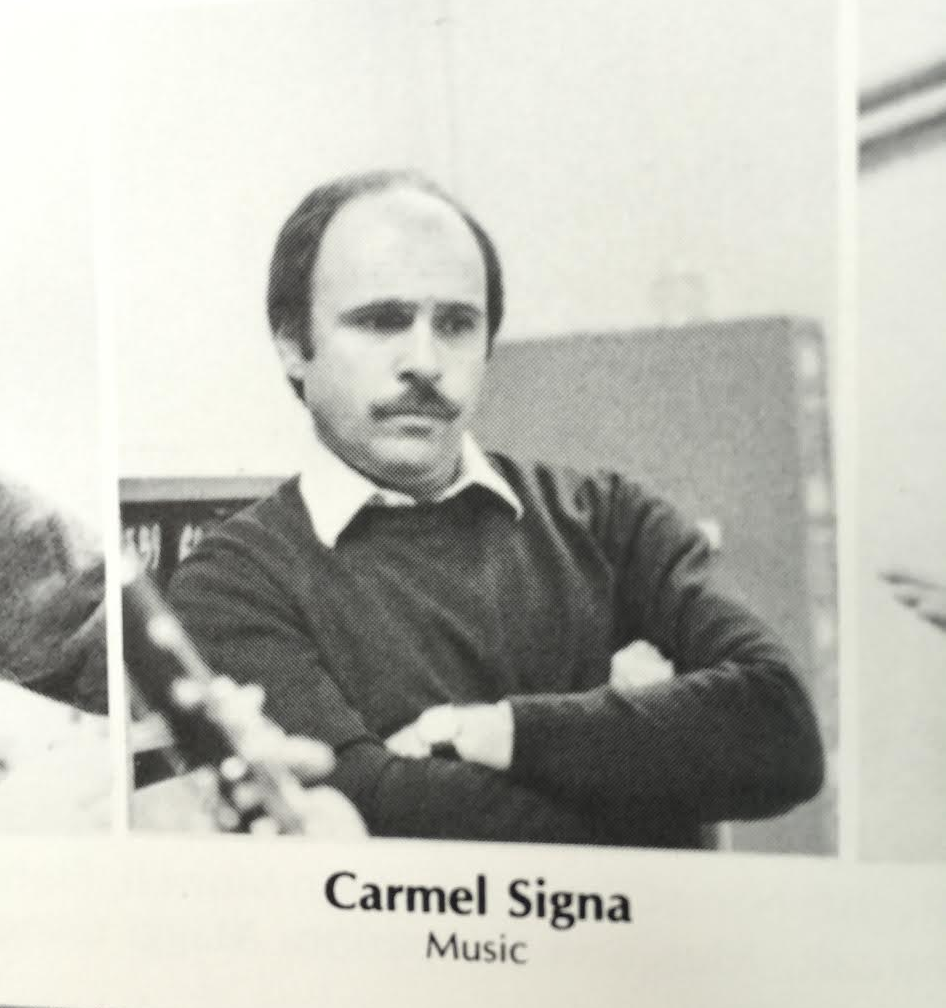 “I had written pieces, including a band piece for John Yoon, 20 years ago for the jazz ensemble,” Mathes said, adding that he kept in touch with music teachers at  GHS because he had a wonderful time there.

Mathes said he became friendly with Patrick Taylor, who asked him about the possibility of a collaboration about eight years ago.

The Mathes girls include Sarah Mathes, second soprano who will be singing the performance on Wednesday night. Emma Mathes, now a student at Vassar, sang in Patrick Taylor’s choir. The youngest Mathes daughter, Lily, will enter GHS next fall.

“Carmel Signa, Ann Modugno, and Ray Malone are three towering figures in my life,” Mathes said of the former music teachers at GHS. “I am such a music geek and the music department is where I made my home.” 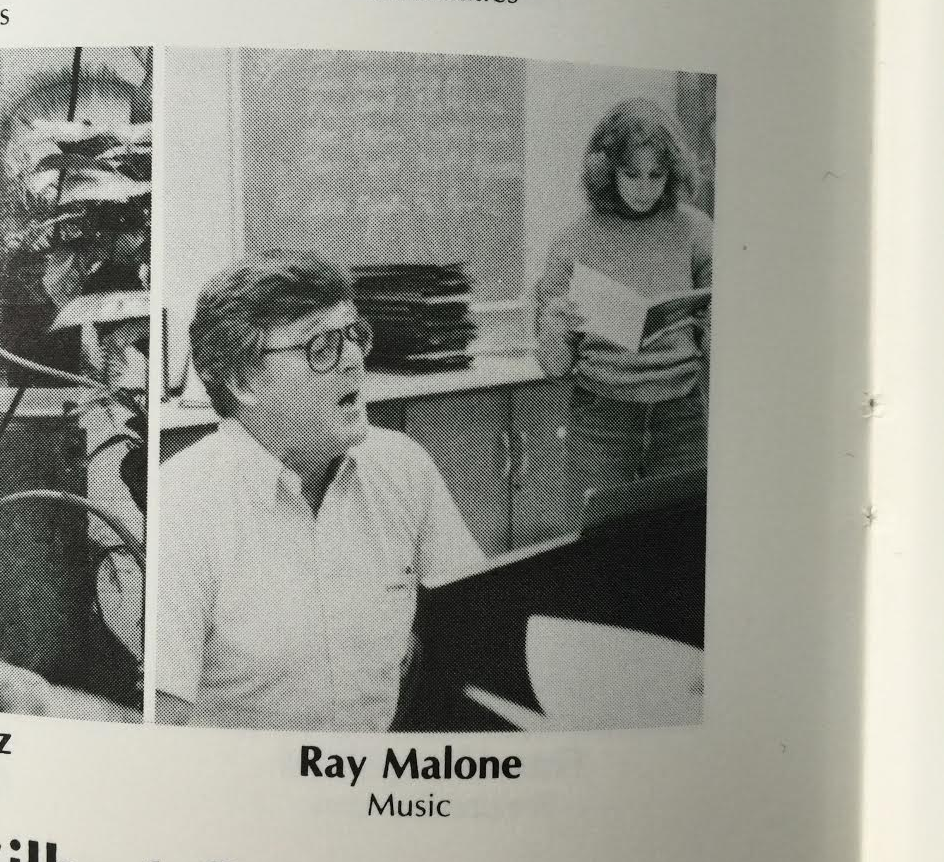 Along the way, Mathes met with Ben Walker, Bethany Fuscaldo and Patrick Taylor. “I said I’d do it and just went for it during two free weeks this summer,” he said. “I wrote a song with lyrics based on the idea of sounds these kids make out of their instruments and voices,” he said, adding that the new auditorium “really does something with them as opposed to the old auditorium where the sounds would just die.”

Mathes said he’d met with the GHS musicians this Friday morning. “It is good for them to hear what a composer is thinking when they’re writing something like this,” he said. “It’s this big bustling alive thing. It’s going to be lovely.” 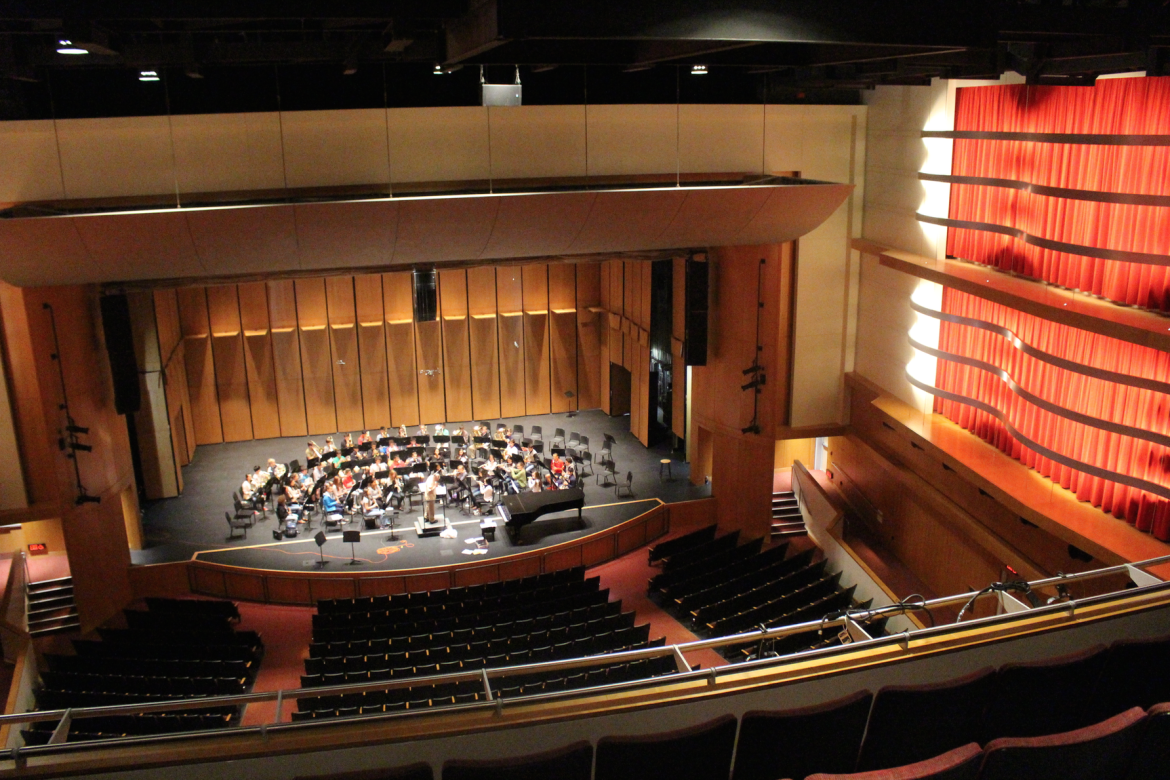 Mr. Mathes said that not only was inspired by music teachers at the high school himself, but his mother who he describes as a great piano teacher, and his father was a band teacher in Greenwich from 1970 to 1995. “My father taught at North Mianus, Dundee, Riverside and Old Greenwich and Eastern,” he said. “In 1997 I wrote a jazz ensemble piece dedicated to my dad.”

“Can You Hear Me?” which is about six minutes long, will be performed by the entire GHS wind ensemble, about 50 string players and the entire program of about 250 students.  “I really went to town,” Mathes said of the original piece. Back in 2013 he created “Far From Here,” which he said was 20 minutes long and was his gift to his graduating daughter Emma and Patrick Taylor.

On Wednesday night, following words of welcome by Headmaster Chris Winters and opening remarks from First Selectman Peter Tesei and Superintendent William McKersie, there will be a ceremonial ribbon cutting.

The concert is open to the community on a first-come first-served basis. (There will be a more formal, community-wide, grand opening event in early 2016.) 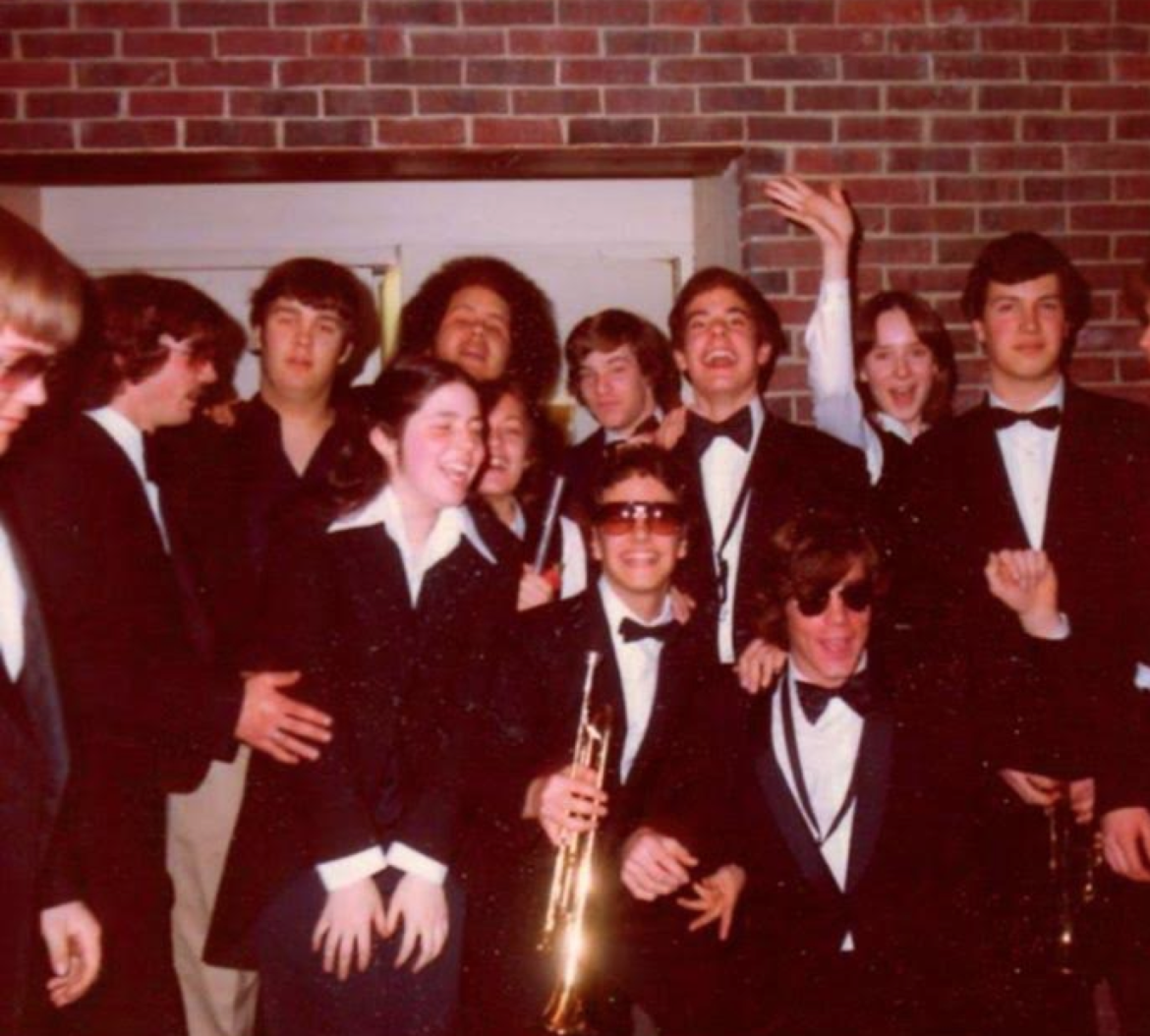 Mr. Mathes most recently arranged and conducted the music for the concert at Madison Square Garden honoring Pope Francis. He was also the orchestrator and conductor of the Broadway production of The Last Ship composed by Rock and Roll Hall of Famer, Sting.

Concert Choir and Chorale total about 150 singers from all grades. The main lyric of the song, “There Can Be Miracles, When You Believe,” will set the tone for the evening. Also on Wednesday, theater students will to perform two songs from last spring’s musical, Grease. The GHS Symphony Orchestra, comprised of roughly 70 10th-12th graders, will perform Point Lookout, a fantasy on Civil War songs.

Select choirs, including Madrigals, Witchmen and Chamber Singers will each sing one piece from an area other than the stage to demonstrate the quality of the hall’s acoustics from all angles.

There will also be a video presentation showcasing Electronic Music student compositions.

The most advanced of the school’s three concert bands, the Wind Ensemble, will perform A Jubilant Overture, which is a staple of the wind band repertoire composed by Alfred Reed.

The piece is written for full String section and full Wind Ensemble, along with the choirs, and the lyrics are below:

This sound that I make, will it ever ring out?
This song that I sing, will it ever take flight?
Will there be space and wings of air
to carry it into the night?

This sound that I make, will it ever be heard?
This song that I sing, will its melody keep spinning?
Will there be space that’s just for us?
Our singing and playing?

This sound like a dream, will it ever be true?
This song like a prayer that we pray without ceasing.
Will there be space that’s just for us?
Our singing and playing?

Let it ring like a bell.
Let it rush through the temple.
Let it fill every heart.
Let it shine like it’s silver.
Let it roll in waves to the ear,
Rich and Clear
Can you hear me?
Can you hear me now?
Hear me now! 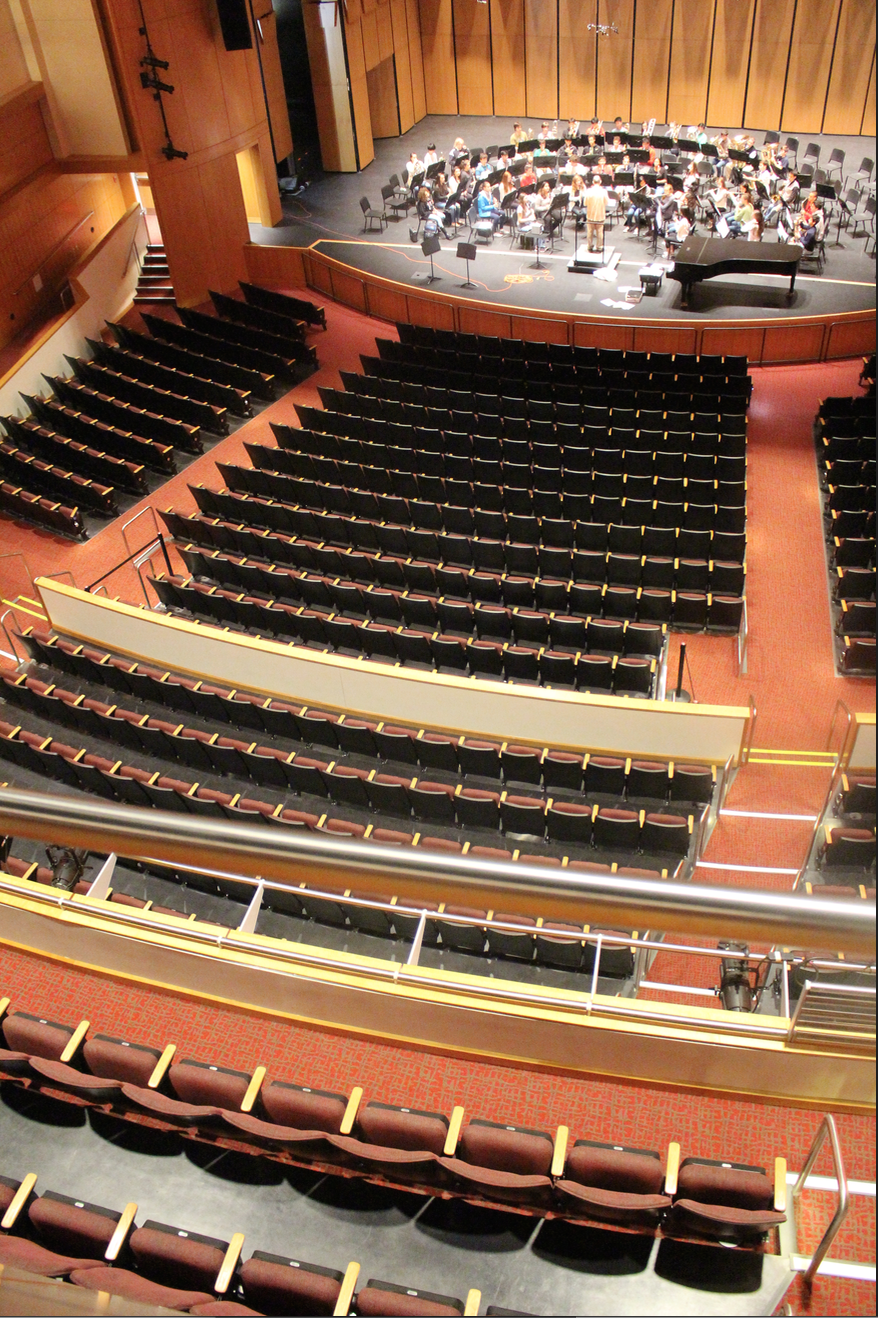 No photo conveys the smell of “new,” of the the depth from the mezzanine and balcony that strike visitors during their first visit. Credit: Leslie Yager 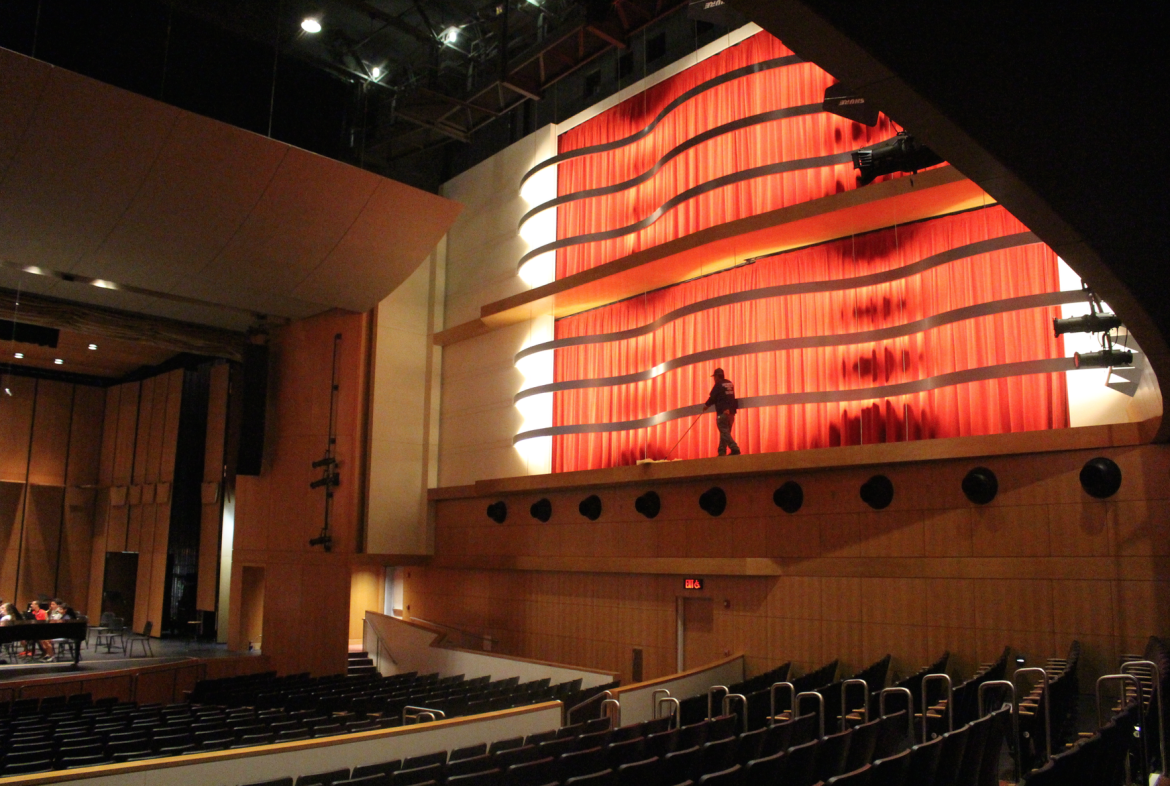 A worker dust mops the landing along the side of the new performing arts center at Greenwich High School on Friday, Oct. 2, 2015. Credit: Leslie Yager 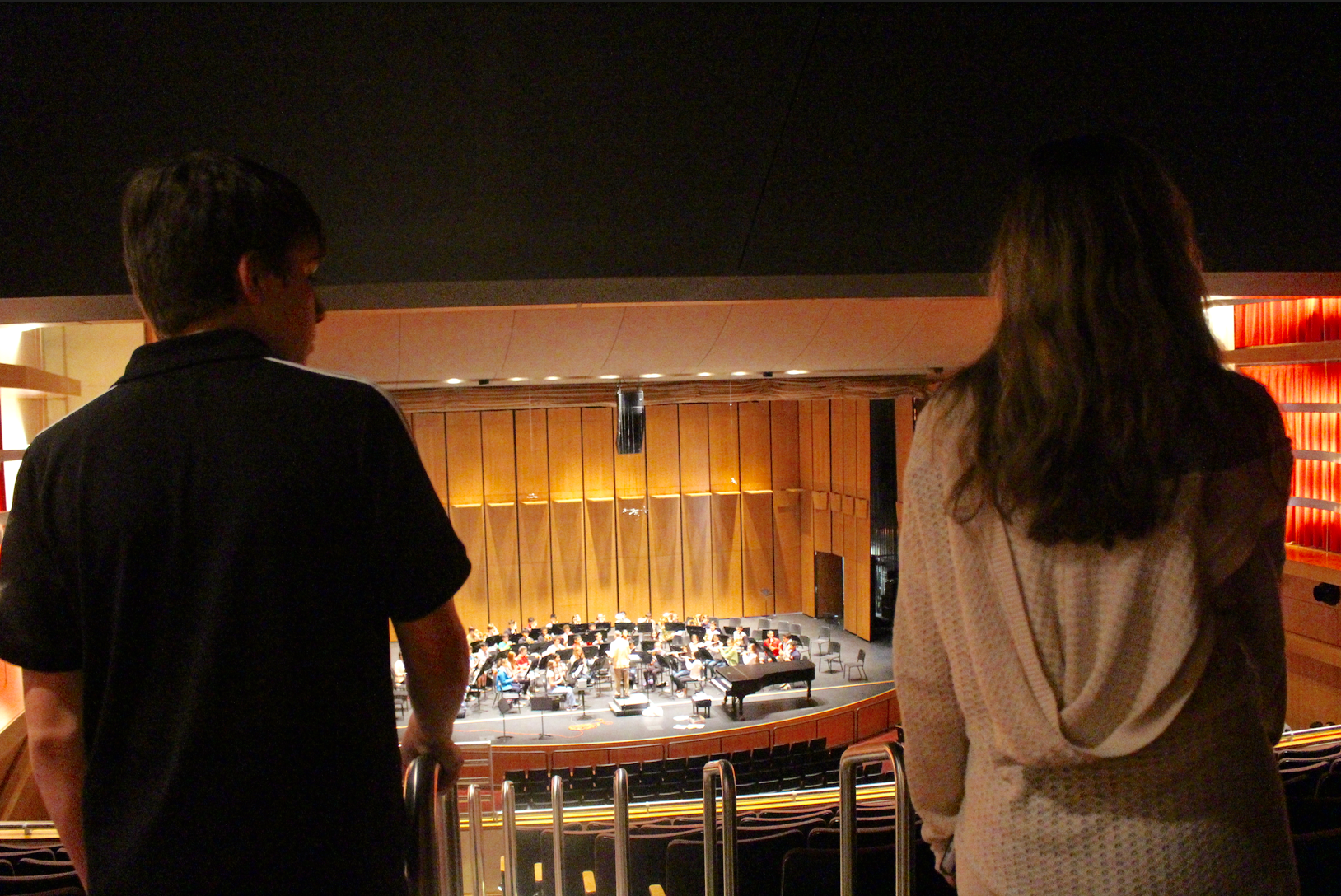 Select choirs, including Madrigals, Witchmen and Chamber Singers will each sing one piece from an area other than the stage to demonstrate the quality of the hall’s acoustics from all angles on Wednesday, Oct. 7. Credit: Leslie Yager 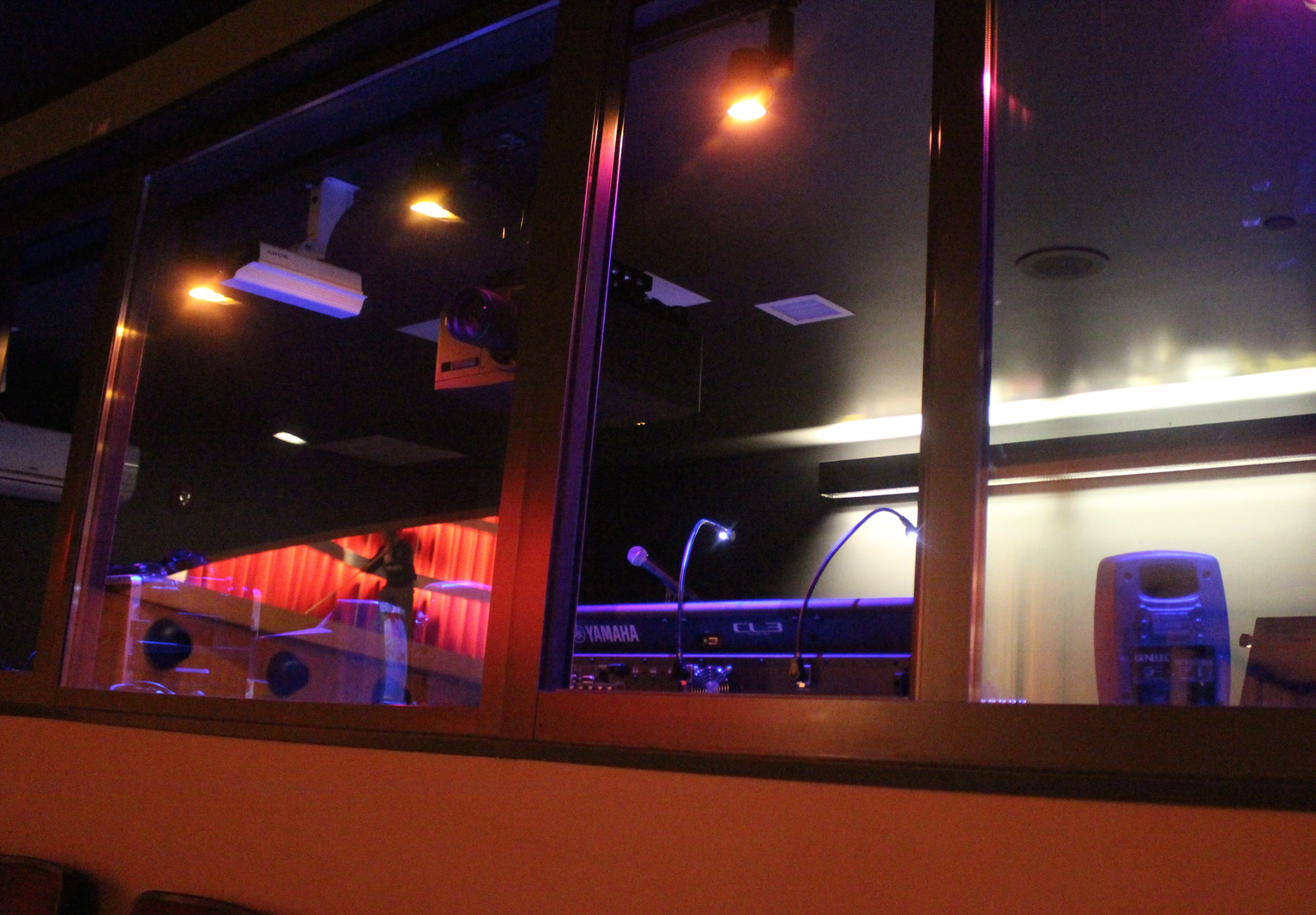