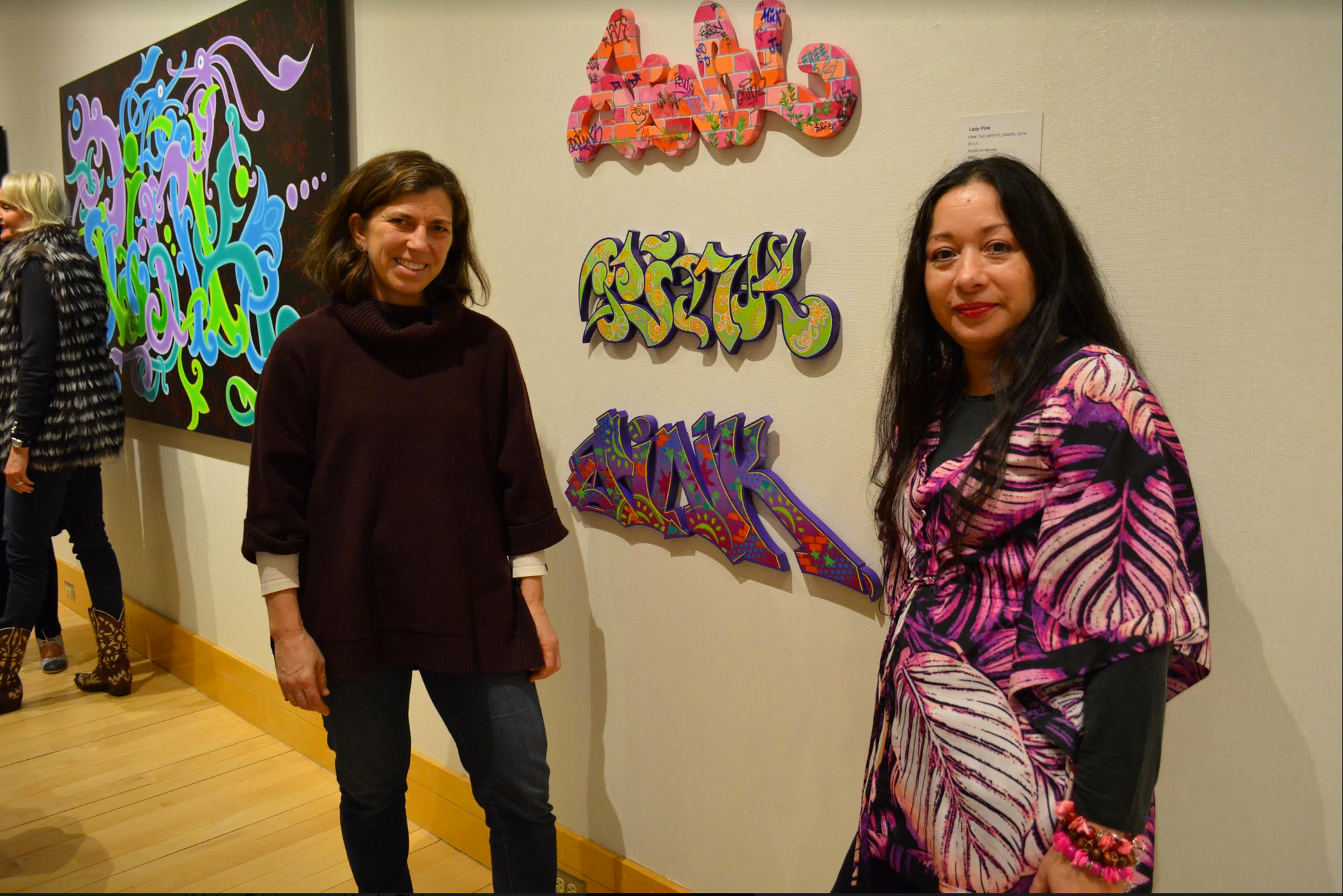 Recently, Lady Pink, a revolutionary artist who got her start creating graffiti, spoke at the Greenwich Library as part of the Beyond Street Art Artists’ Talk Series in the Flinn Gallery.

Lady Pink, who has been painting since the ‘70s, is considered the queen of street art. In order to break into the graffiti-writing scene, which was dominated by young boys, she had to prove that she could keep up by running just as fast as them. Although a group of boys feared that she would get them caught by the police, they eventually accepted her and helped her pick out her name. She explained that they thought she should have a particularly feminine sounding name if she was going to be the only female graffiti writer on the scene.

In order to access the train yards where they did most of their work, she had to develop strong night vision, speedy running abilities, and the strength and flexibility to scale fences. Today, Lady Pink strictly makes art legally, as she is often commissioned or inspired to create work for walls and galleries. But, she explained that graffiti writing gave her a “priceless thrill.” 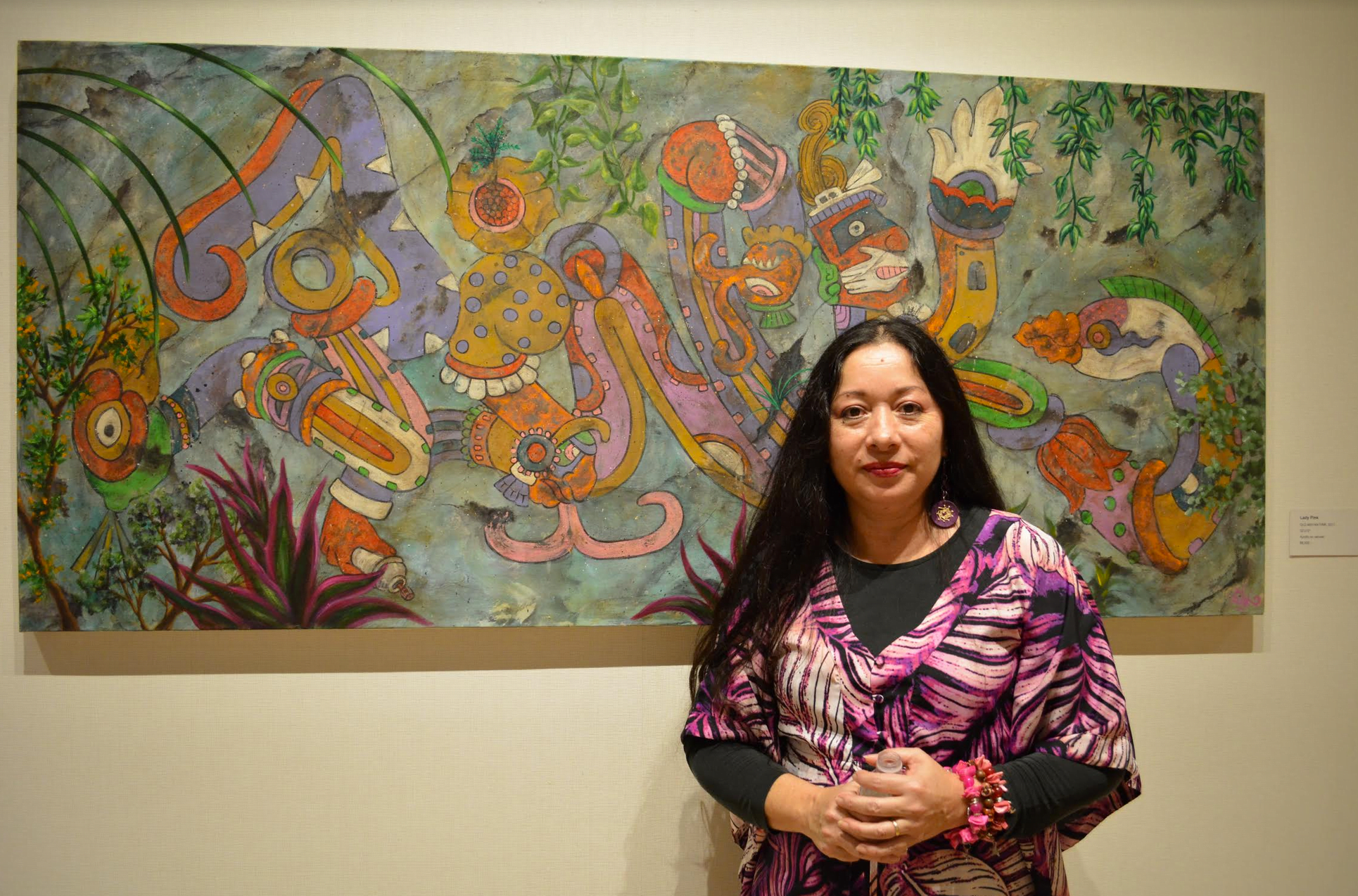 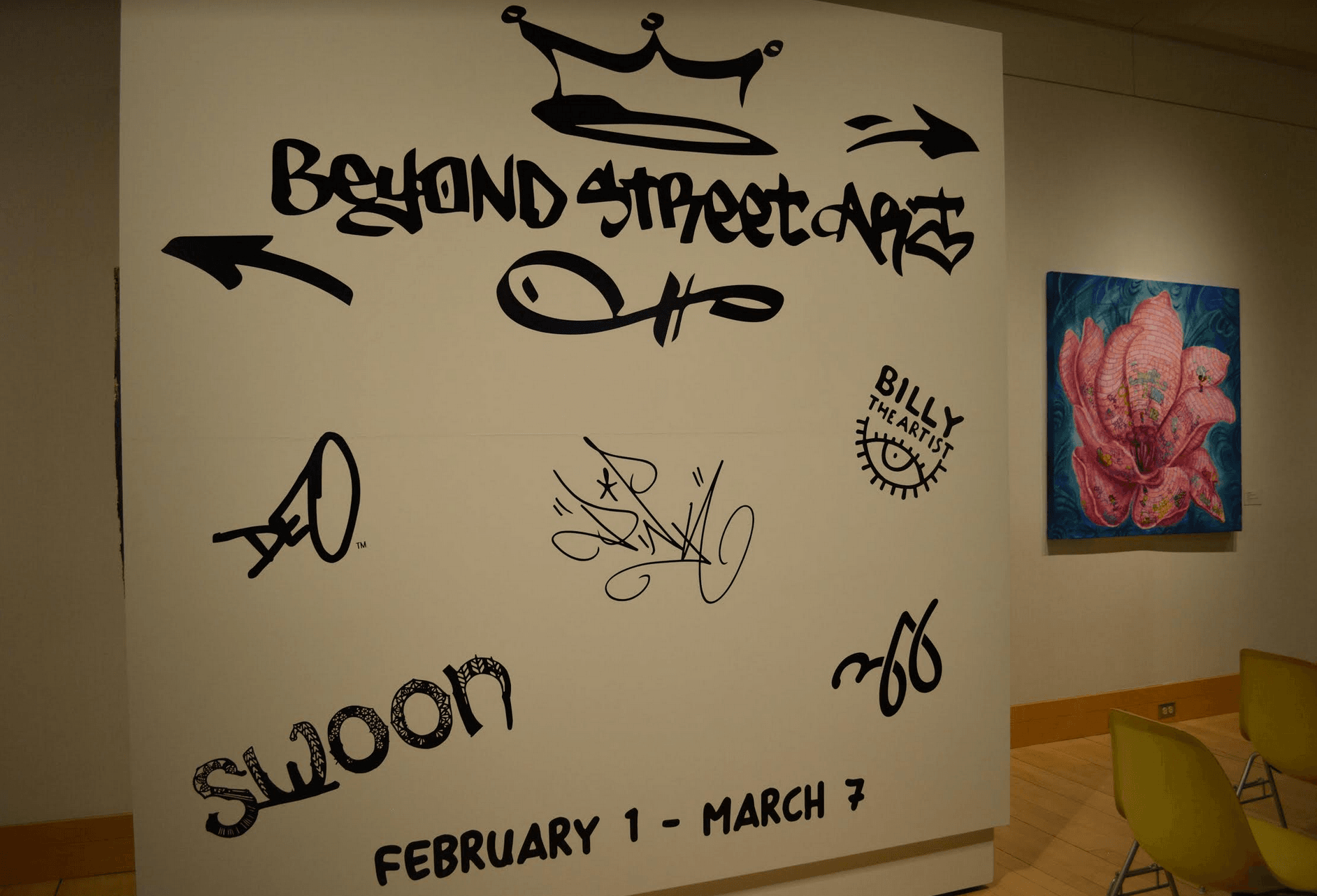 “Street Art might look like hieroglyphics to you, but we could understand it perfectly,” she said, explaining to young graffiti writers, tagging, or painting their names and other phrases, was like their version of Facebook. Seeing the work on subway cars and other walls below the city allowed them to see who went where and which individuals hung out with each other.

She described the subway system as, “the bloodstream of New York,” and explained that tagging subway cars gave birth to a rivalry between artists in the Bronx and Brooklyn.

This rivalry, in turn, lead to the development of style, or the font in which writers painted their names. Writers from the two boroughs were constantly innovating to out-do one another.

Lady Pink taught herself how to paint with brushes, and she has gone on to paint all over the world by invitation. She noted that all of her pieces have a story to tell, and she touches on topics ranging from “the heavy-handedness of the US abroad,” to abortions. 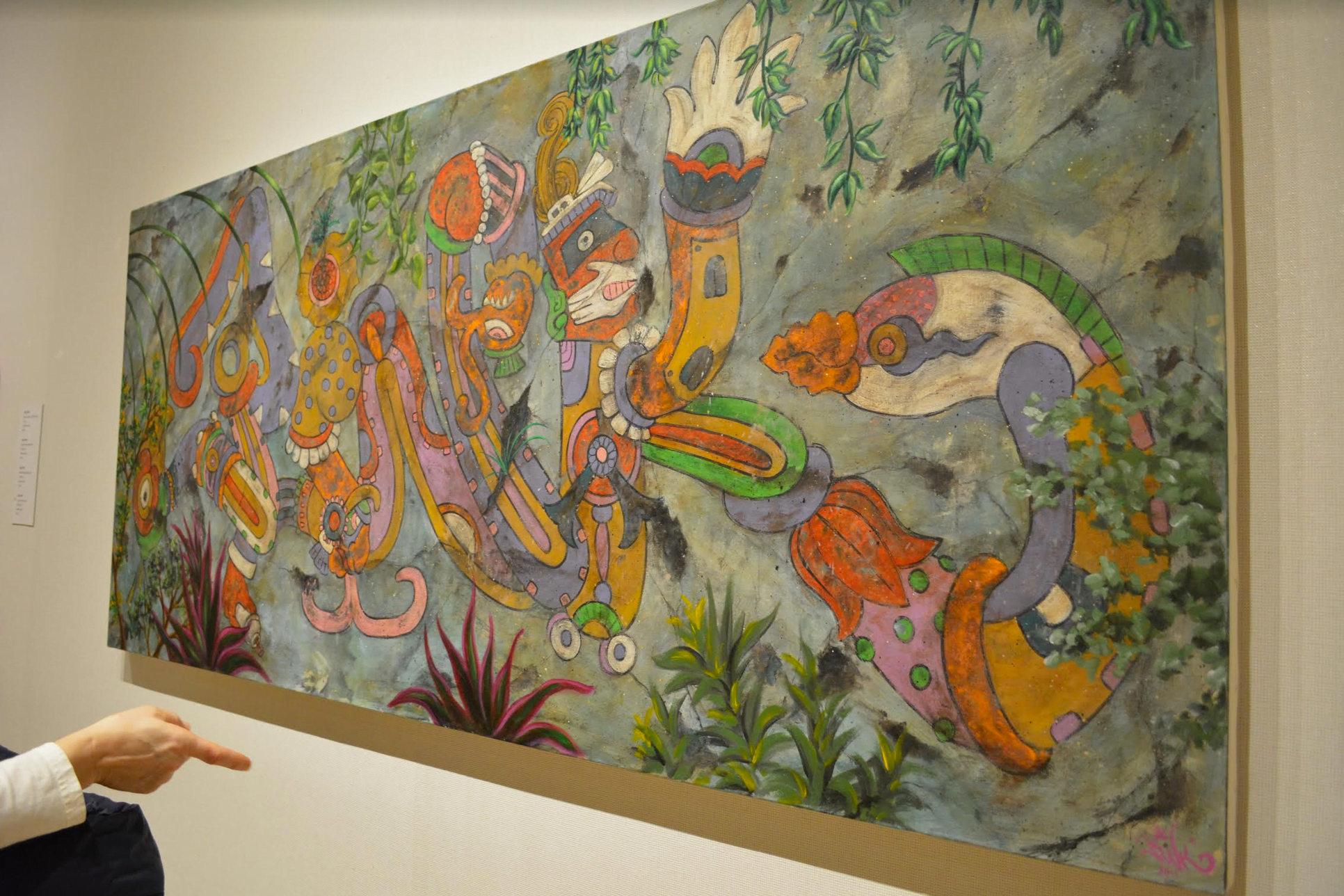 She explained her goals as an artist, saying: “This is what artists do: we scream all of our grief out.” In terms of public art in particular, she emphasized its unifying influence in low-income communities: “[We] give and share our talents with everyone—not just the elite in galleries.”

Lady Pink frequently gives talks at schools and creates murals alongside school children, among other humanitarian efforts. As a result, she is well versed in the power of education and empowering young people. She offered advice to young artists, saying

“Do something permanent for your community—leave something pretty behind,” she said.

She also encouraged female artists to be bold about their work and not to be afraid of creating work on a large scale. With hope for a generation of fearless female artists, she said, “Be loud and colorful. Go big and bring your art out to the public.”

Beyond Street Art also features the work of Billy the Artist, Paul Deo, Blake Jamieson, and Swoon, all of whom, according to Greenwich Library, are “iconic street artists who have evolved their careers into becoming globally recognized contemporary artists.”

On March 3 at 2:00, Billy the Artist will give the final Artist’s Talk of this exhibition at Flinn Gallery on the second floor of Greenwich Library.

Make sure to see Beyond Street Art before it closes on March 7.