Anthony DeVita, who shares his name with one of his three sons, has lived in Pemberwick for decades. At the age of 89, he recalls a time Lyon Farm was not a condo development, but a farm with black angus cows roaming the fields above Pemberwick Park. He also remembers when the felt mill in Glenville ran a different color down the Byram River every day.

Having raised his sons – Tony, Eugene and David – in the house he built on Pemberwick Road in 1955, every room bursts with memories and collections.

There are boxes of coins, family photos, and key straps with medallions made by American Mint, which was owned by one of Tony’s construction clients.  And there are black and white family photos including one of his parents when they were newly married in 1925.

“I built him a really nice house,” he recalled of the American Mint client, adding that working as a builder, he specialized in high end homes on Round Hill Road and Lake Ave. 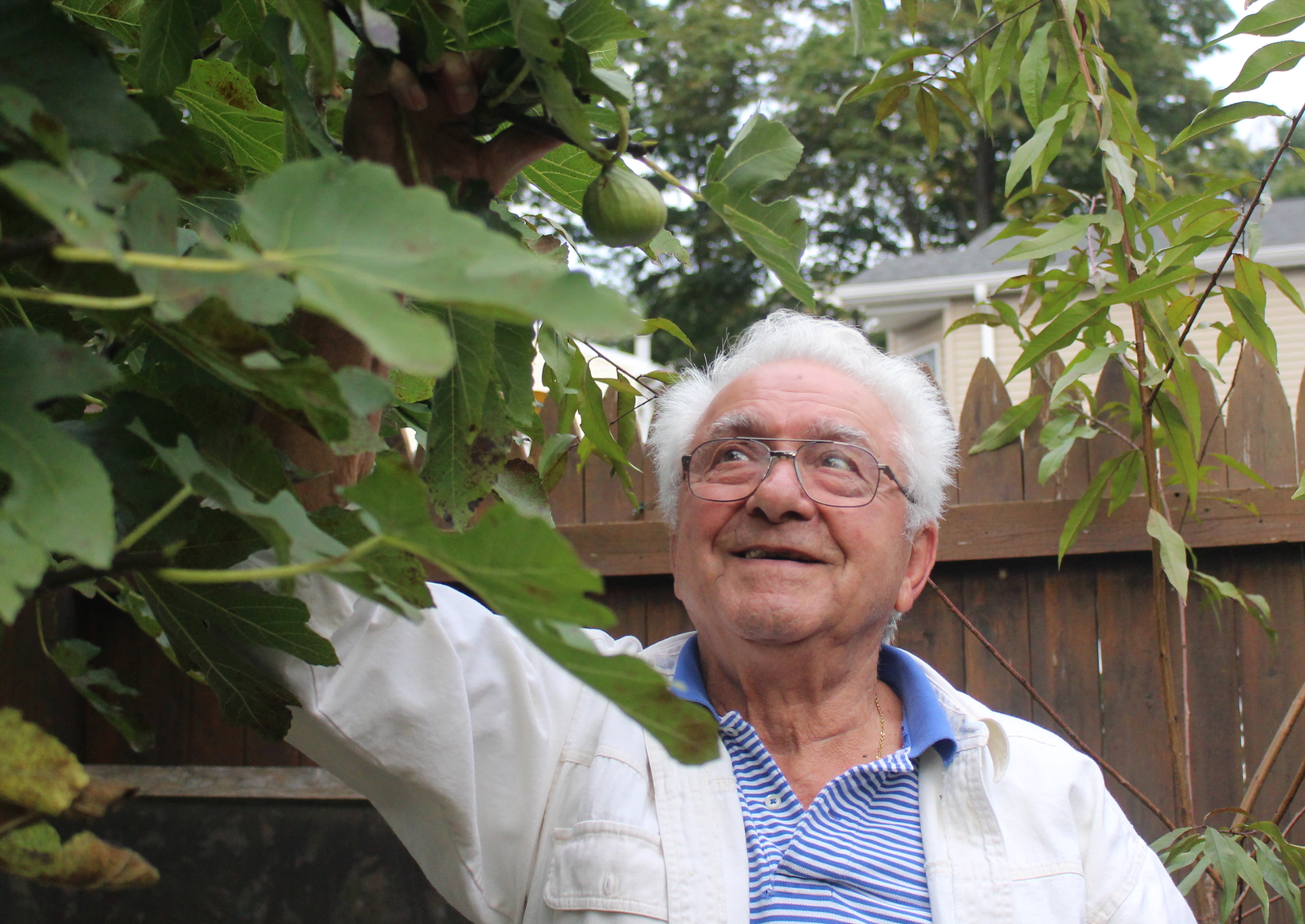 One of the things Tony is most proud of are his imported fig trees. In the winter he protects them by wrapping them in tarp, covering them with pine boughs and adding 1,200 holiday lights.

DeVita recalls vividly the flood of 1955 when the Byram River swept away many houses.

“Afterward they diverted the river. It used to go to the left,” he said. “And they reinforced its sides with stone.”

Several years ago, Mr. DeVita lost his wife, but his three sons, who all went to Greenwich High School, still live in town and he enjoys visiting with his seven grand children. 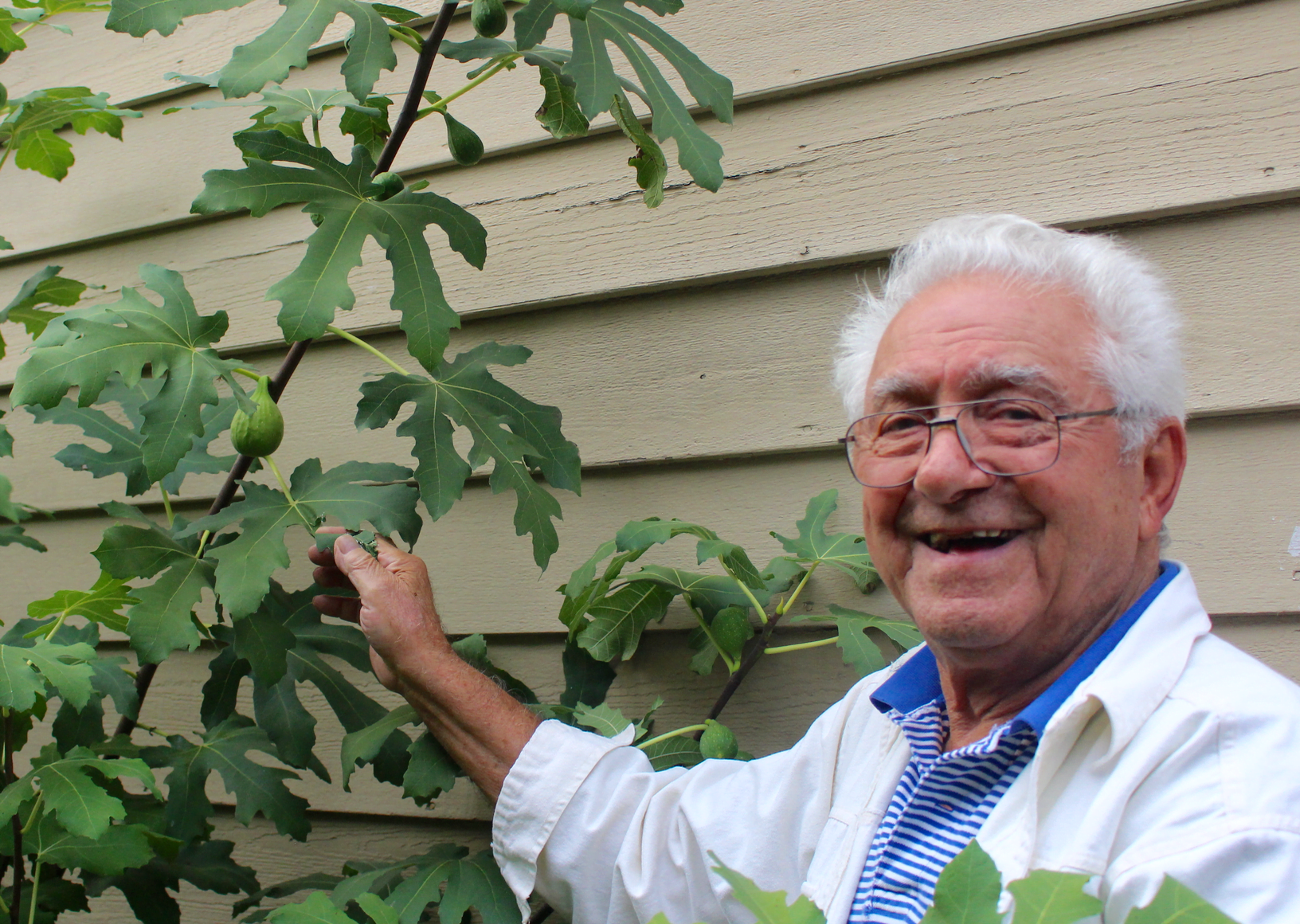 Tony DeVita Sr shows off the last of the figs on one of his fig trees in Pemberwick. Oct 13, 2017 Photo: Leslie Yager

Second to tending his fig trees, Mr. DeVita enjoys cooking and has found someone to share his talent with in Fran Judice who also grew up in Greenwich. The two met on Columbus Day at the St. Lawrence Club in Cos Cob five years ago.

Fran, whose husband died when she was a new mother, recalls taking her young daughter with her to work at the Baptist Church on Indian Rock Lane. Later, she worked for many years at Putnam Trust on Mason Street.

On their first date, Tony prepared a picnic they were intended to share at Tod’s Point.

“She didn’t want to come here for our first date,” Tony recalled while sitting in his Pemberwick kitchen. But the weather didn’t cooperate, so she relented and was pleasantly surprised with a meal of steak, corn on the cob and homemade wine.

These days, Fran  delights in meals like Ciambotta, or “Italian vegetable stew,” which Tony prepares with with zucchini, sweet pepper, hot pepper, eggplant, rice and turmeric. Many of ingredients are sourced from his back yard garden.

“I do the cooking. Fran does the service,” Tony said. The arrangement seems to work. “My cooking is out of this world,” he added. And it is. This reporter sampled biscotti filled with dried figs, walnuts, pecans and cognac. There was fresh home made bread, as well as frazzini, which is made in the shape of a bagel, then cut in half after baking. Before eating, a mixture of vinegar, oregano and spices is spread on top.

Also there were “pumpkin flowers,” little little pancakes made with pumpkin flowers and/or squash flowers, mixed with eggs, cheese, flour and spices.

When he’s not busy tending his fig trees or cooking, Tony is checking on his homemade wine in the cellar. He goes to a wine supplier in Pleasantville for juices for wine making. The juice ferments in large tanks in his cellar and ultimately make their way into bottles. 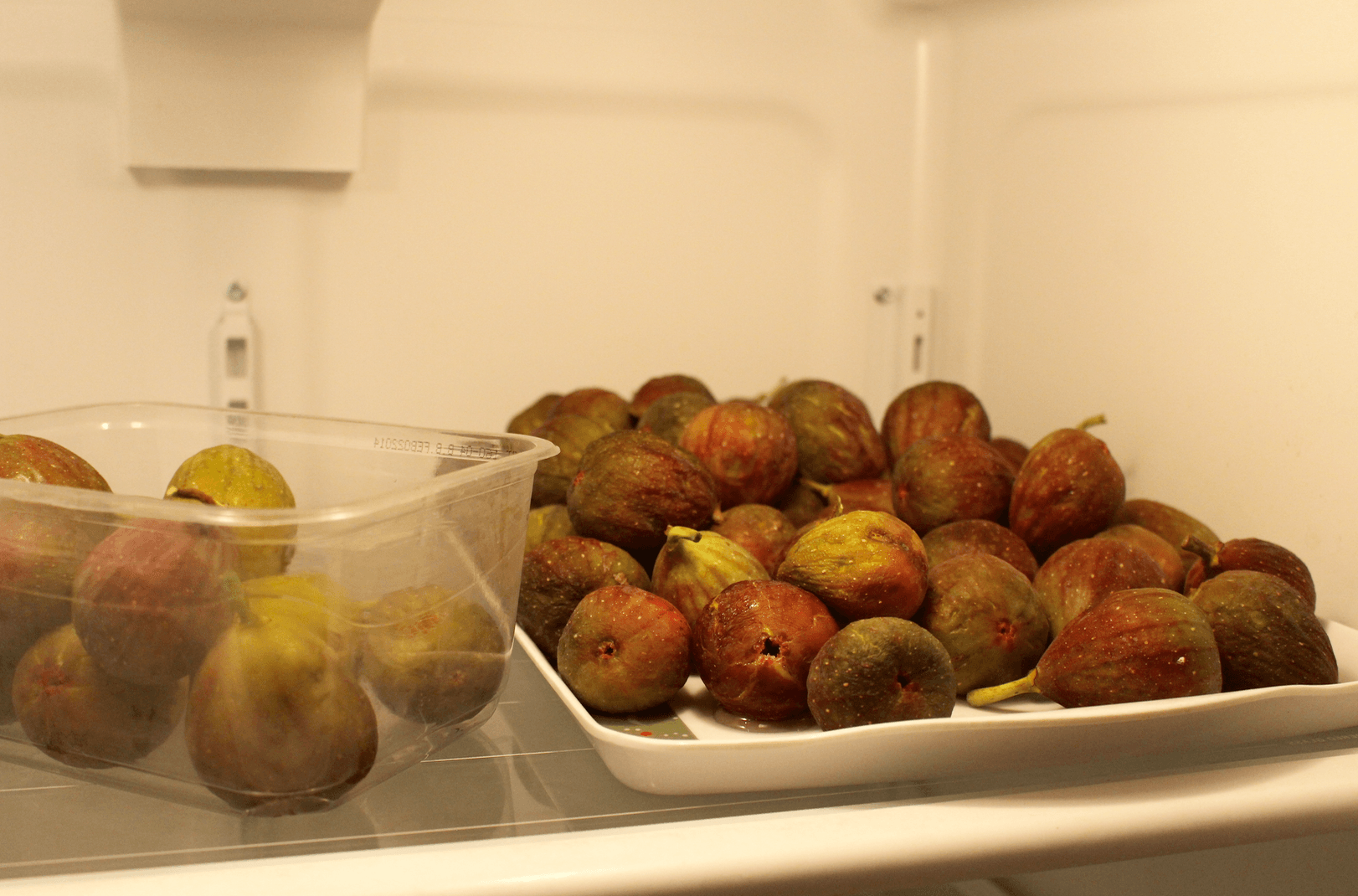 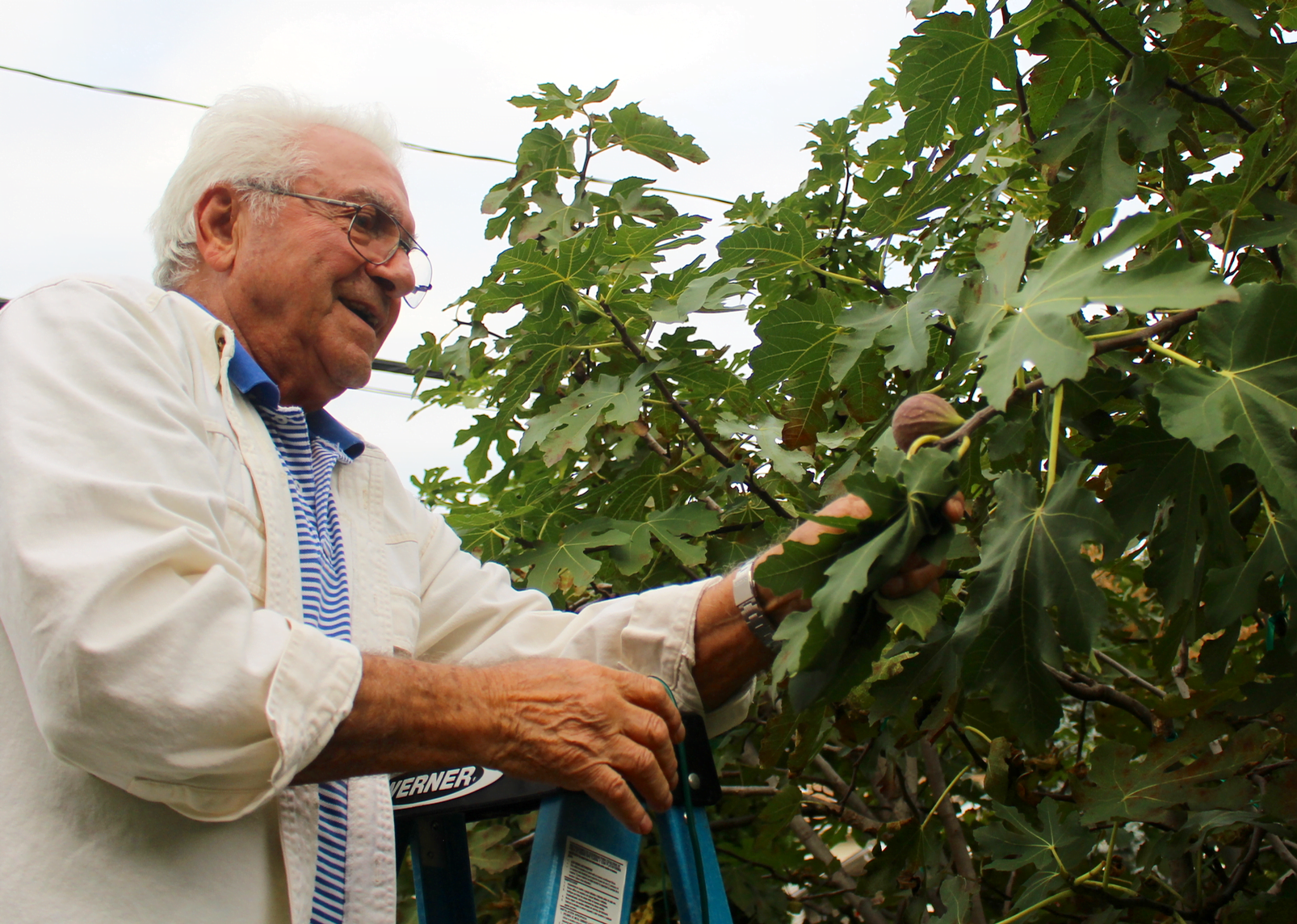 Around Christmas time in 1949, Mr. DeVita came to the US with the Italian Navy to pick up destroyers.

“My mother’s brother lived in Chickahominy and we went to the Two Door Restaurnt by St. Roch and everybody shook my hand. They put money in my hand,” he recalled. “It added up to $150.00. People were very nice at Christmas time.”

“That was a lot of money at the time,” DeVita continued, adding that he came from a modest family. “I used to walk so often to the train station that I wore through the soles of my shoes,” he recalled. “So I went to look for a rubber tire to cut a piece to put inside the shoe. But there were no tires left because everyone else had the same idea.”

From there, DeVita had a novel idea. “I took the skin of some proschute and put it in my shoes,” he said, adding that the second floor of his home had a second floor balcony that they opened at night for fresh air. “A cat came in that night and that was the last I saw of my shoes.”

Fortunately, he said his grandfather let him borrow a pair of shoes. 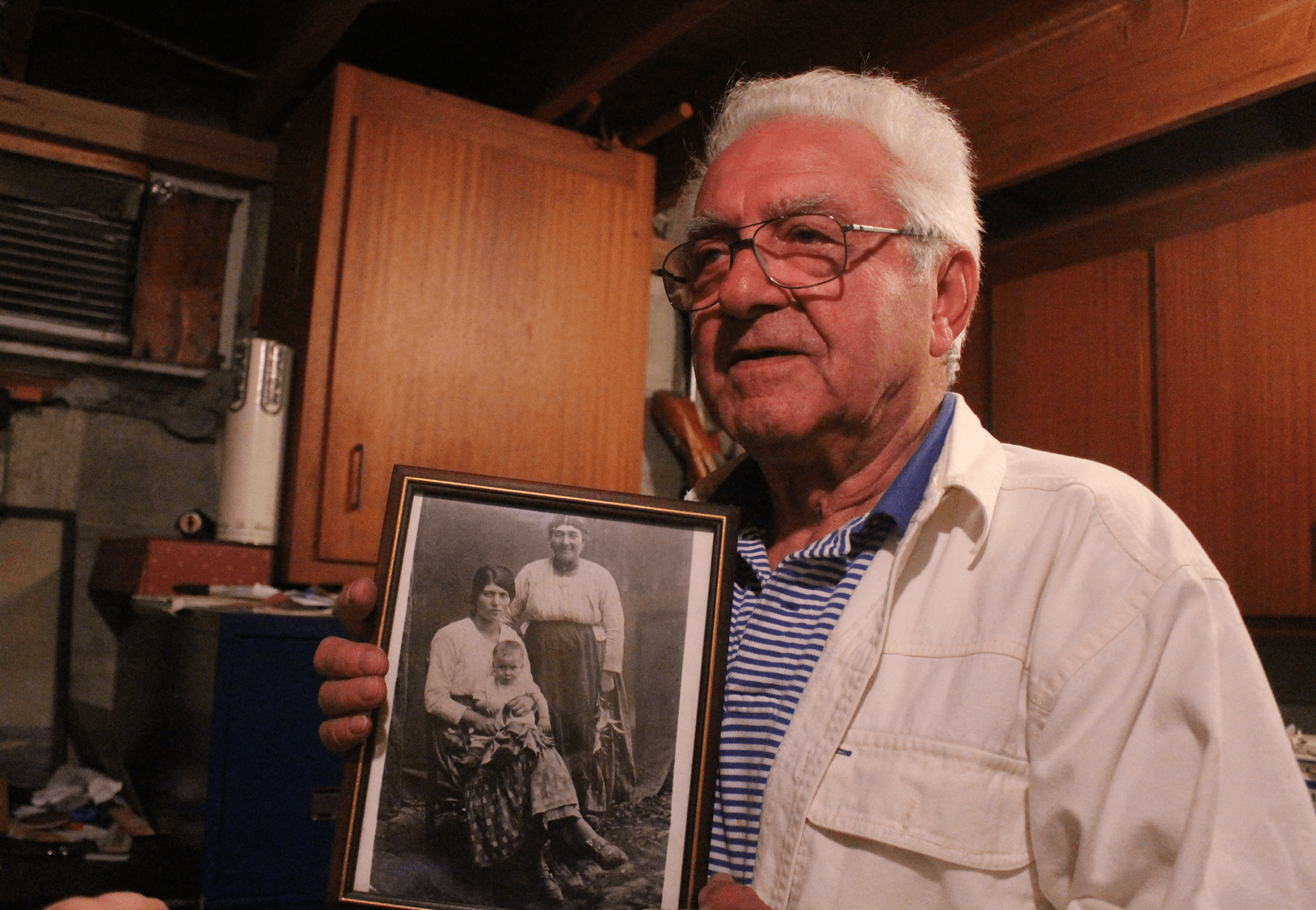 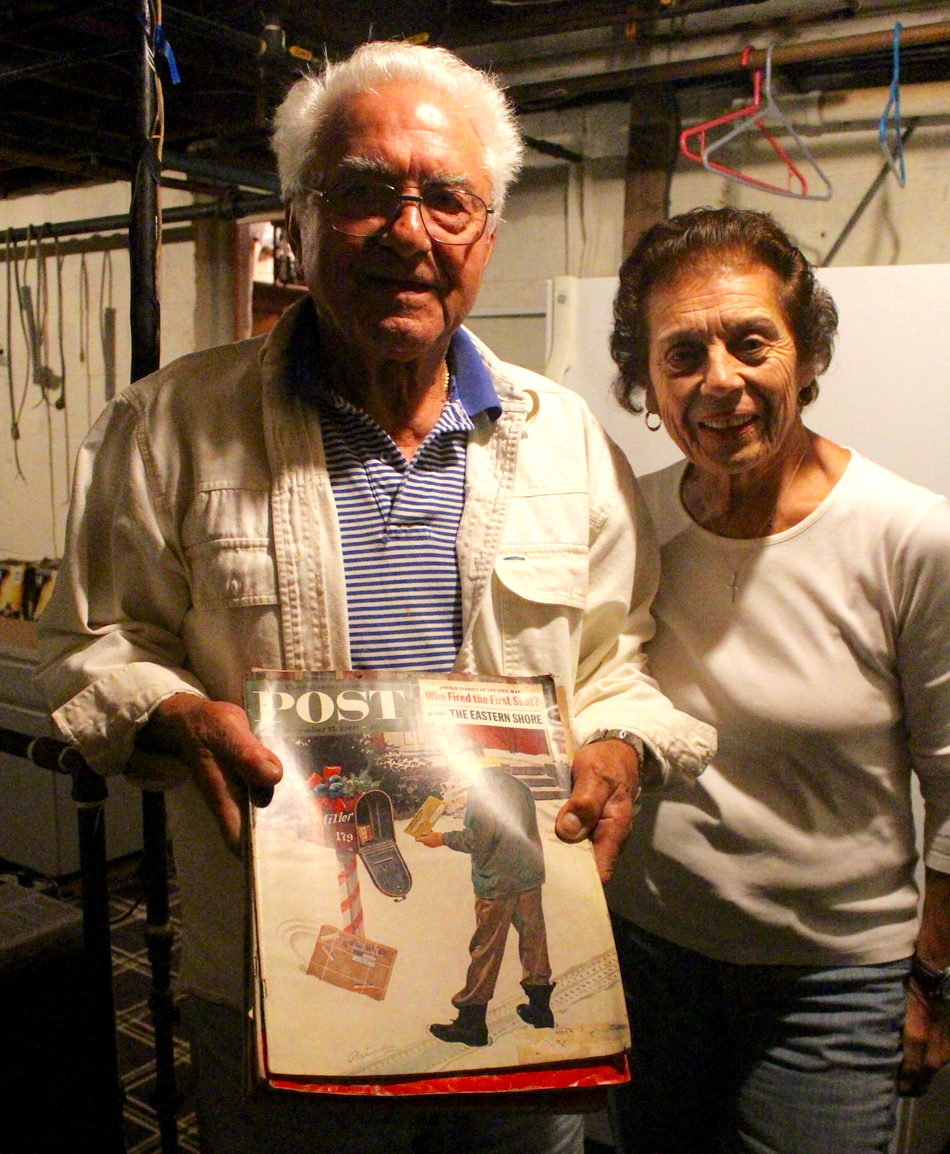 Tony and Fran show one of the stack of vintage magazines, with this Saturday Evening Post dated 1960. 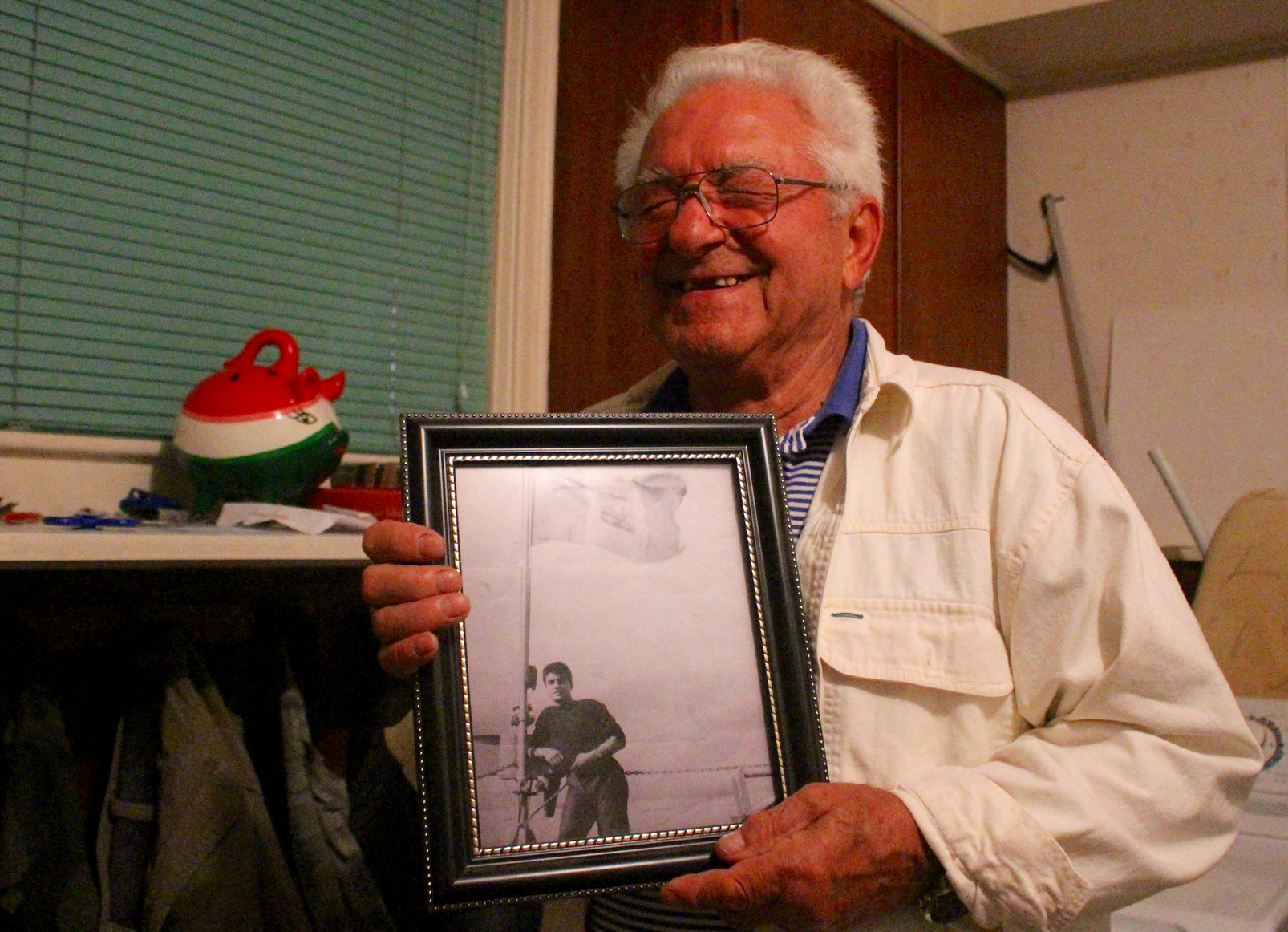 Tony with a photo of his younger self as a member of the Italian Navy. Oct 13, 2017 Photo: Leslie Yager 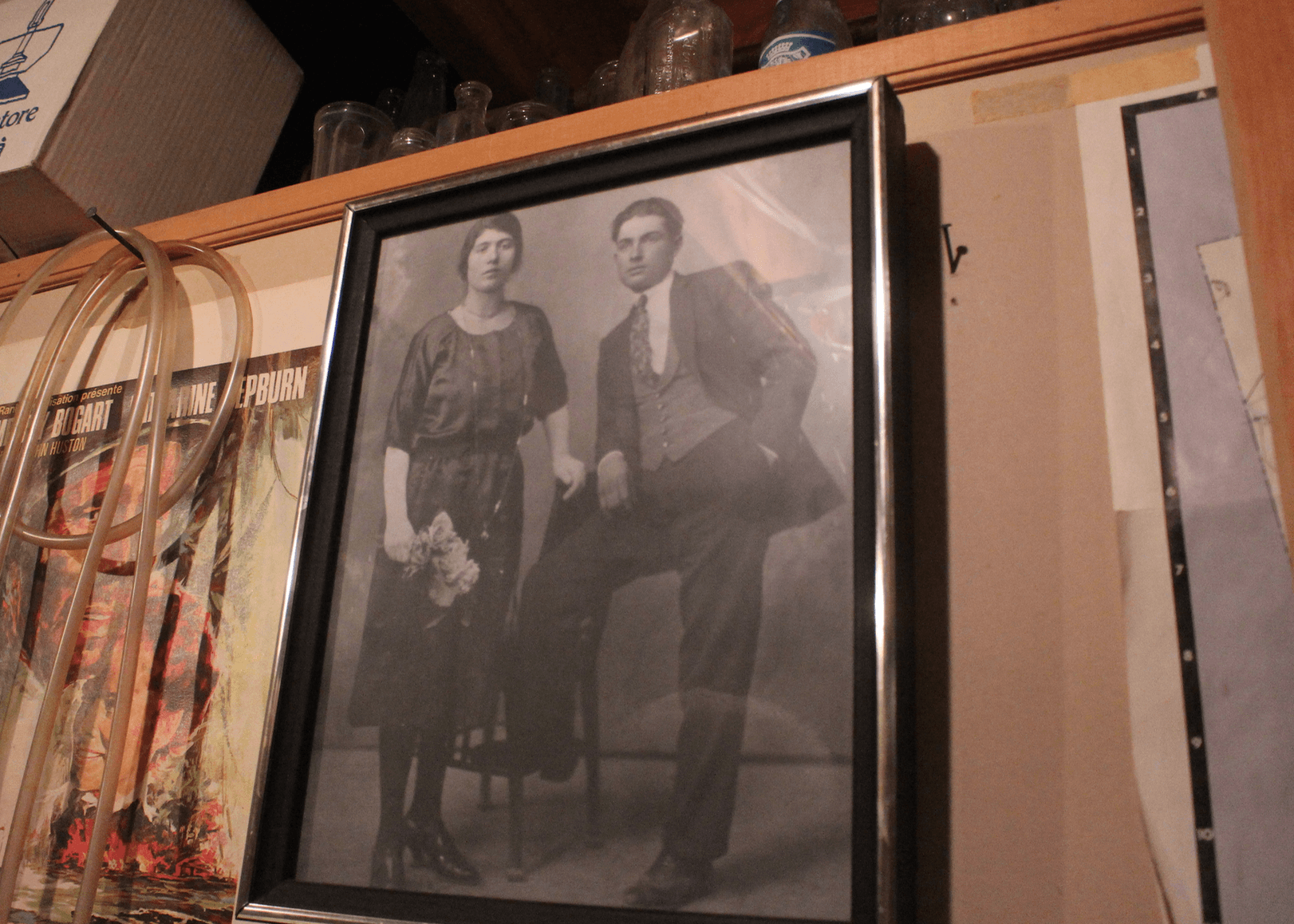 Tony DeVita’s parents photographed in black and white some time around 1925.

As the decades have melted the way, Mr. DeVita said some of the changes to the neighborhood are not for the better. “When I moved here in 1955, I was the youngest and everyone was old. Now I am the oldest,” he said. “Nowadays people are not too friendly.”

If you want to meet Mr. DeVita, you may find him at the St. Lawrence Club in Cos Cob where his son Tony Jr is on the board. Or you may see him tending his tidy grounds on Pemberwick Road. If you get to know him, you too might get to sample his figs and homemade wine. But only if you’re lucky. 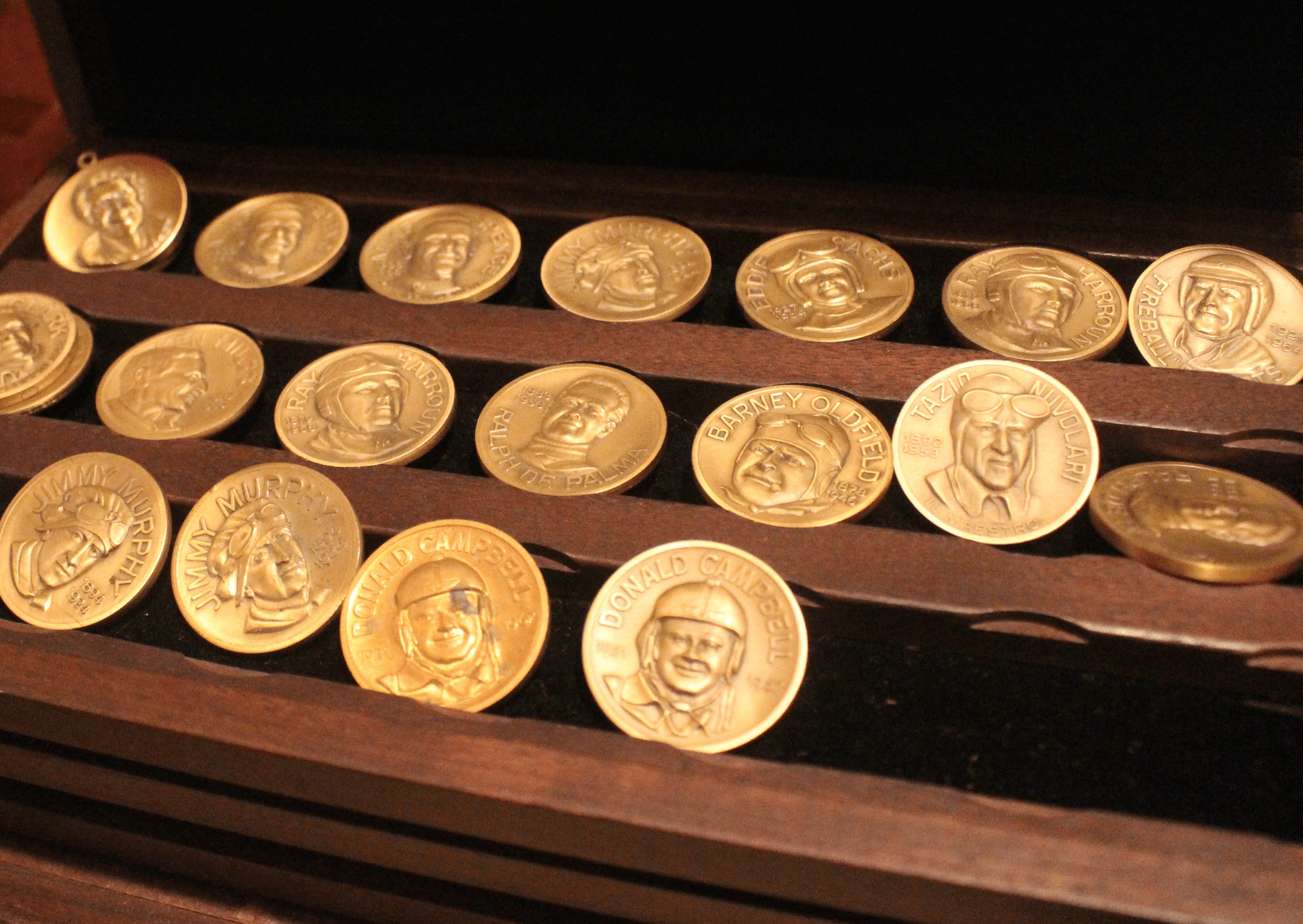 On a metal coin collection features “Barney” Oldfield, an American pioneer automobile racer whose name was synonymous with speed in the first two decades of the 20th century. Tazio Giorgio Nuvolari was an Italian racing driver. First he raced motorcycles and then he concentrated on sports cars and single-seaters.