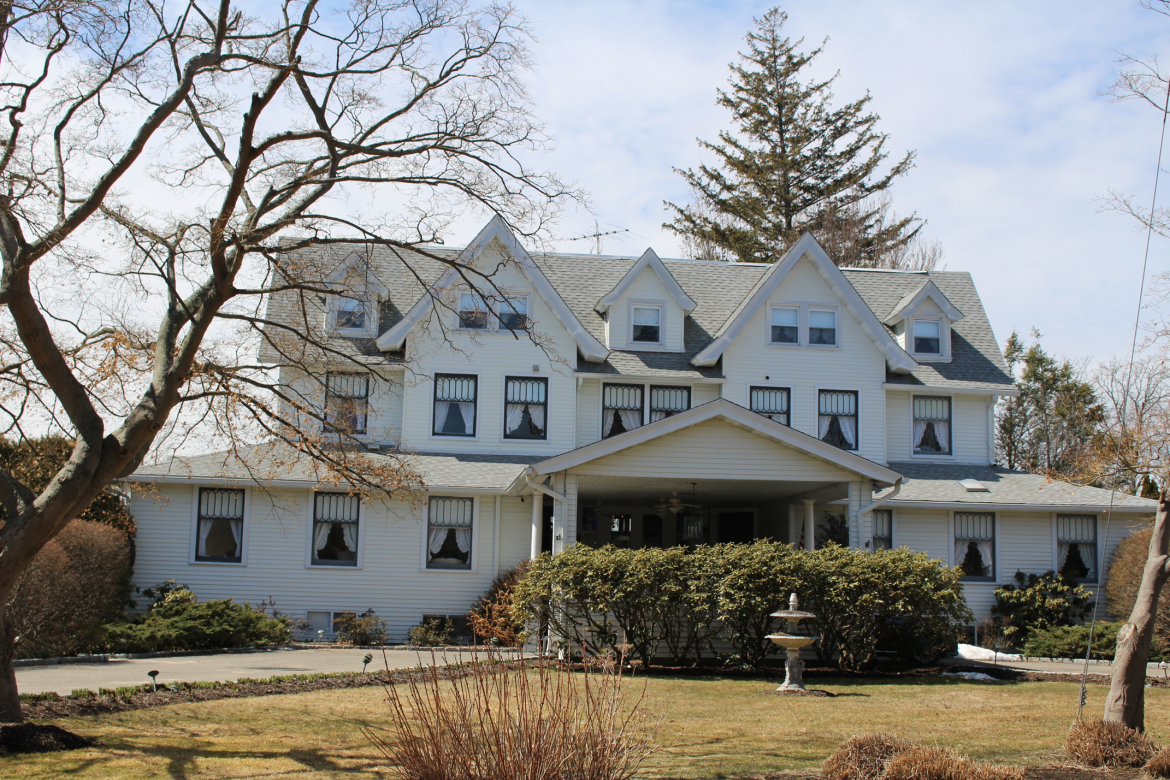 Update, April 7, 11:00pm: Representing the application to convert the 23 room inn were attorney John Tesei, developer Chris Franco and Doreen Stuttig, owner of the existing inn. Mr. Tesei said the Harbor House has been in the family for many years and are participating in the proposal to convert the building. 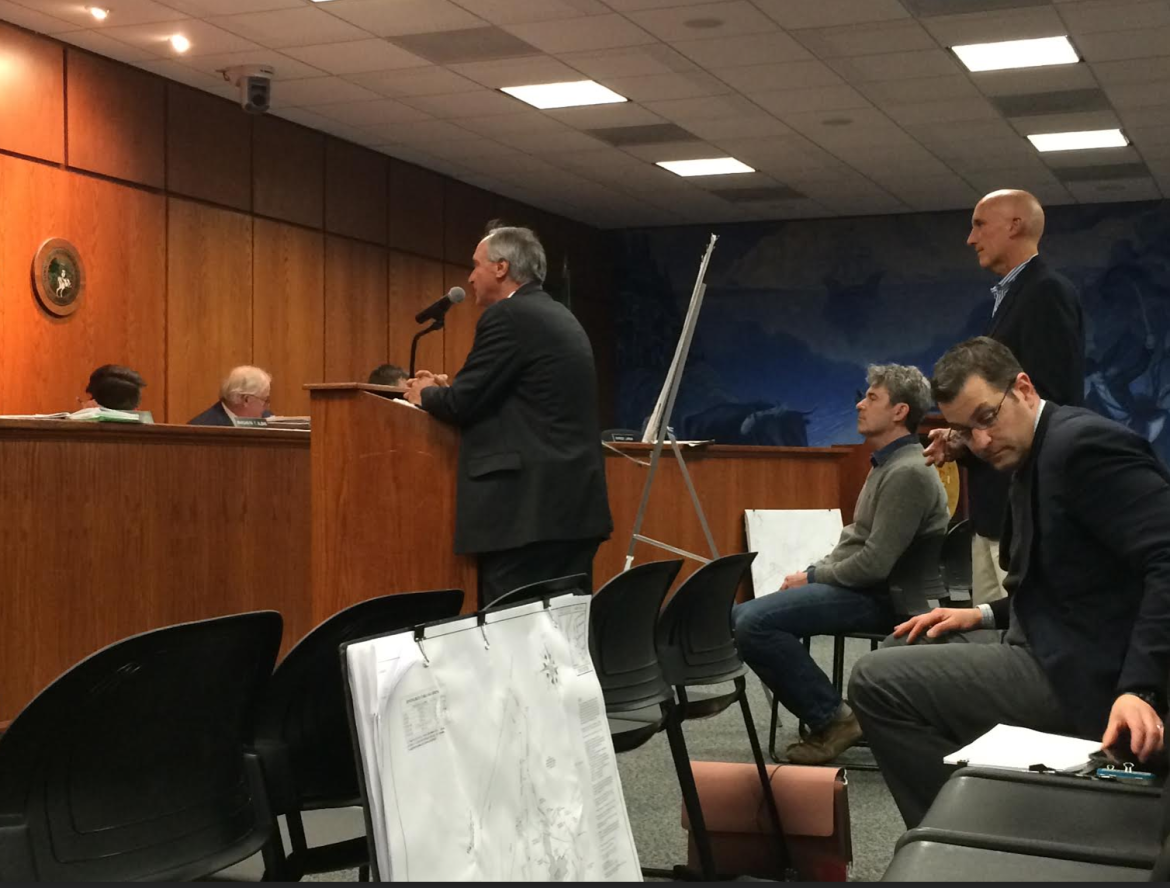 The commissioners were quick to express disappointment that the applicants were seeking final approval rather than preliminary. There were several concerns including adding window wells to below ground bedrooms despite being very close to the property line.

Mr. Dodaro said the main feature of the inn that would be preserved in a gut renovation would be the staircase and its newel posts and railings, but that many of the original features of the inn were removed in renovations over the years. Mr. Franco said there is a second floor balcony on the inn that encroaches on neighbors’ property, but that the plans were to remove it.

Mr. Franco and Mr. Tesei both said they anticipated older empty-nesters in their 50s and 60s to move in.

Neighbor Chad Fauser said neighbors felt surprised to learn of the proposal out of the blue and were particularly concerned about increased traffic on Wahneta Rd. He said he anticipates residents to turn left on Wahneta rather than exit via Shore Road and that there are a number of children in the neighborhood.

Julie Flagstad, a Wahneta Rd neighbor said, “I live on the street and have not gotten a letter or a knock. We would like more information,” she said adding that neighbors would like to meet with the applicants. Mr. John Tesei, attorney representing the applicants agreed that would be arranged.

The item was left open by the commission.

Original Story: On the slate for the April 7 Planning & Zoning Commission meeting is an application from Harbor House Inn LLC for final coastal site plan and special permit to retain the existing building and convert the existing 23 room hotel into a multi-family dwelling containing six single family three-bedroom units with 16 parking spaces.

The proposal includes a reduction of green area on a .5 acre property located at 165 Shore Road near Tod’s Point in Old Greenwich.

According to records in the Assessor’s office, the wood frame inn was built in 1895. It has three stories and is 9,285 sq ft. In December 1977 it was transferred from the Old Greenwich Inn & Lodge Inc to Charles & Rosemary Stuttig. 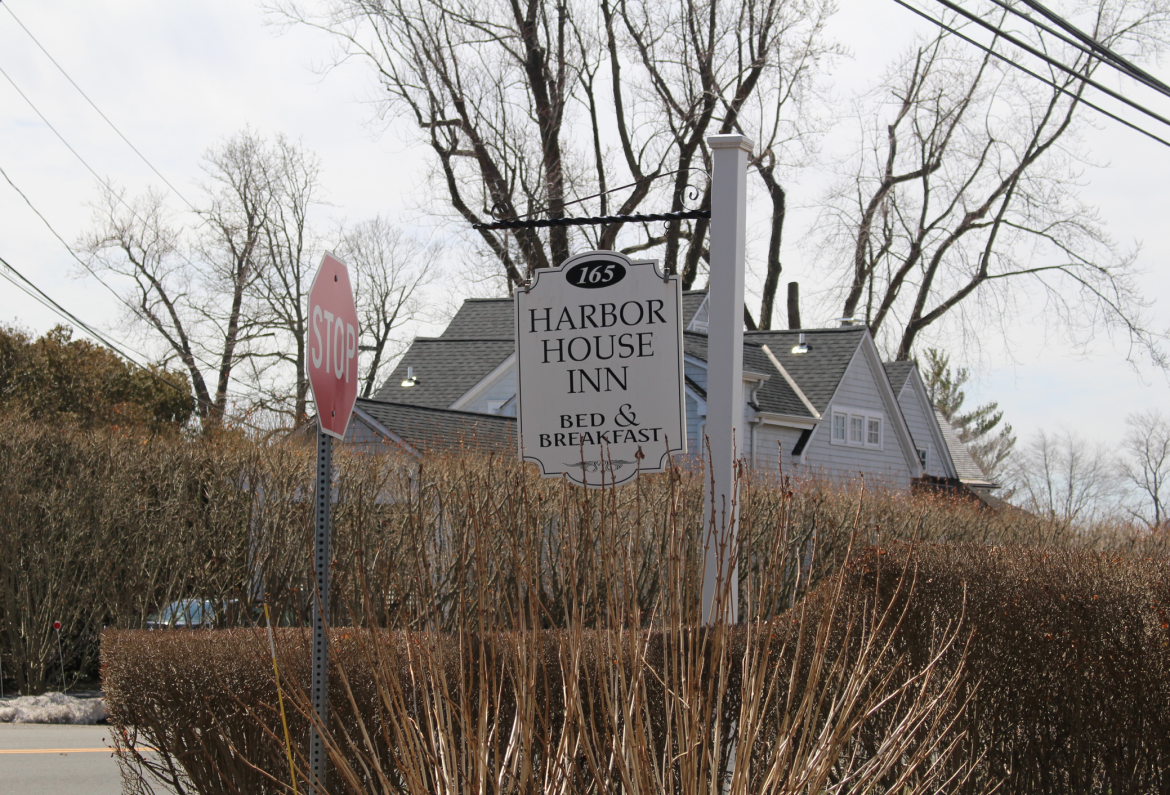