In a talk presented at Greenwich Town Hall on Wednesday, Dr. J. Craig  Allen, M.D., Medical Director at Rushford, a substance abuse and mental health treatment organization, said parents often assume pot is the same as the pot of their youth.

It’s not – it is much more potent.

THC level in marijuana has increased significantly especially in recent years, and Dr. Allen pointed out that teens are particularly vulnerable to addiction. 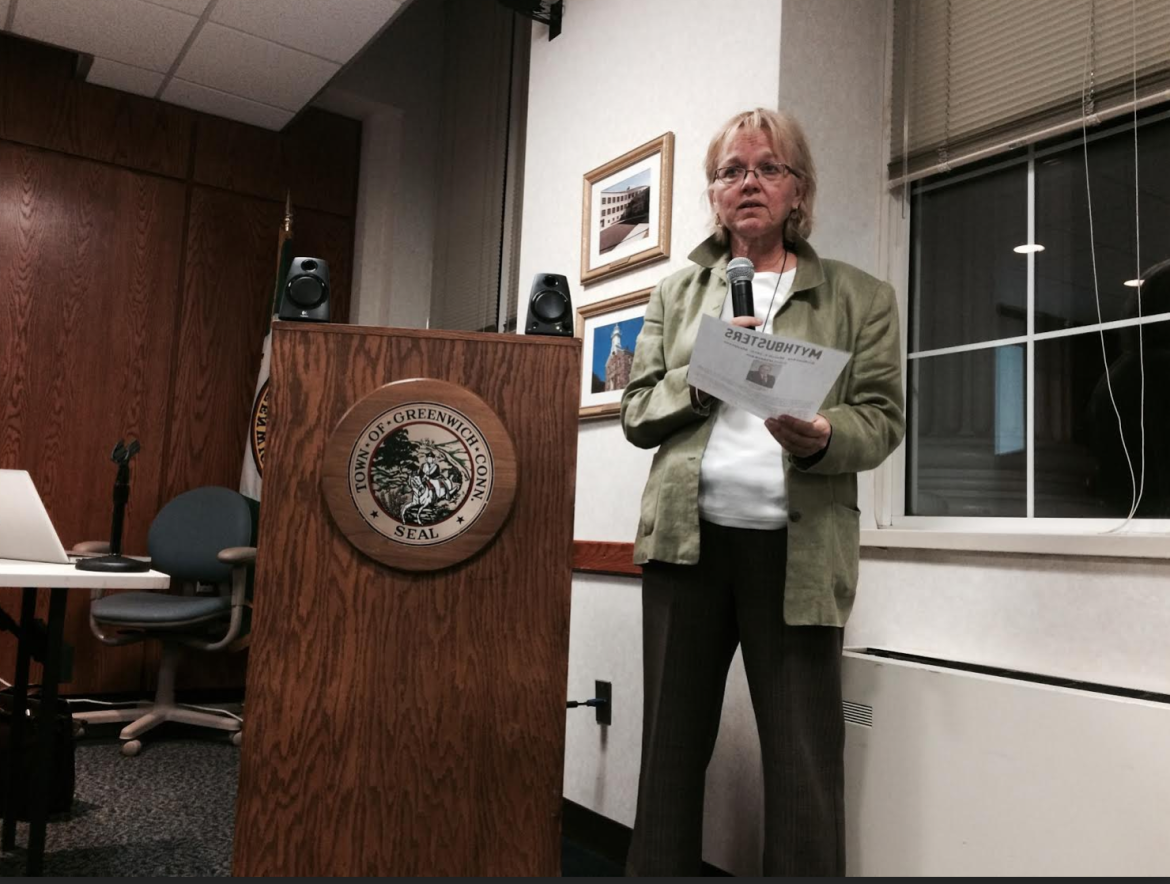 The long term effects of smoking marijuana include addiction, altered brain development, poor educational outcomes and increased chance of dropping out of school.

Dr. Allen said that if young people can stay away from pot, alcohol and drugs during the the key middle school and high school years, they significantly lower the risk of addiction. 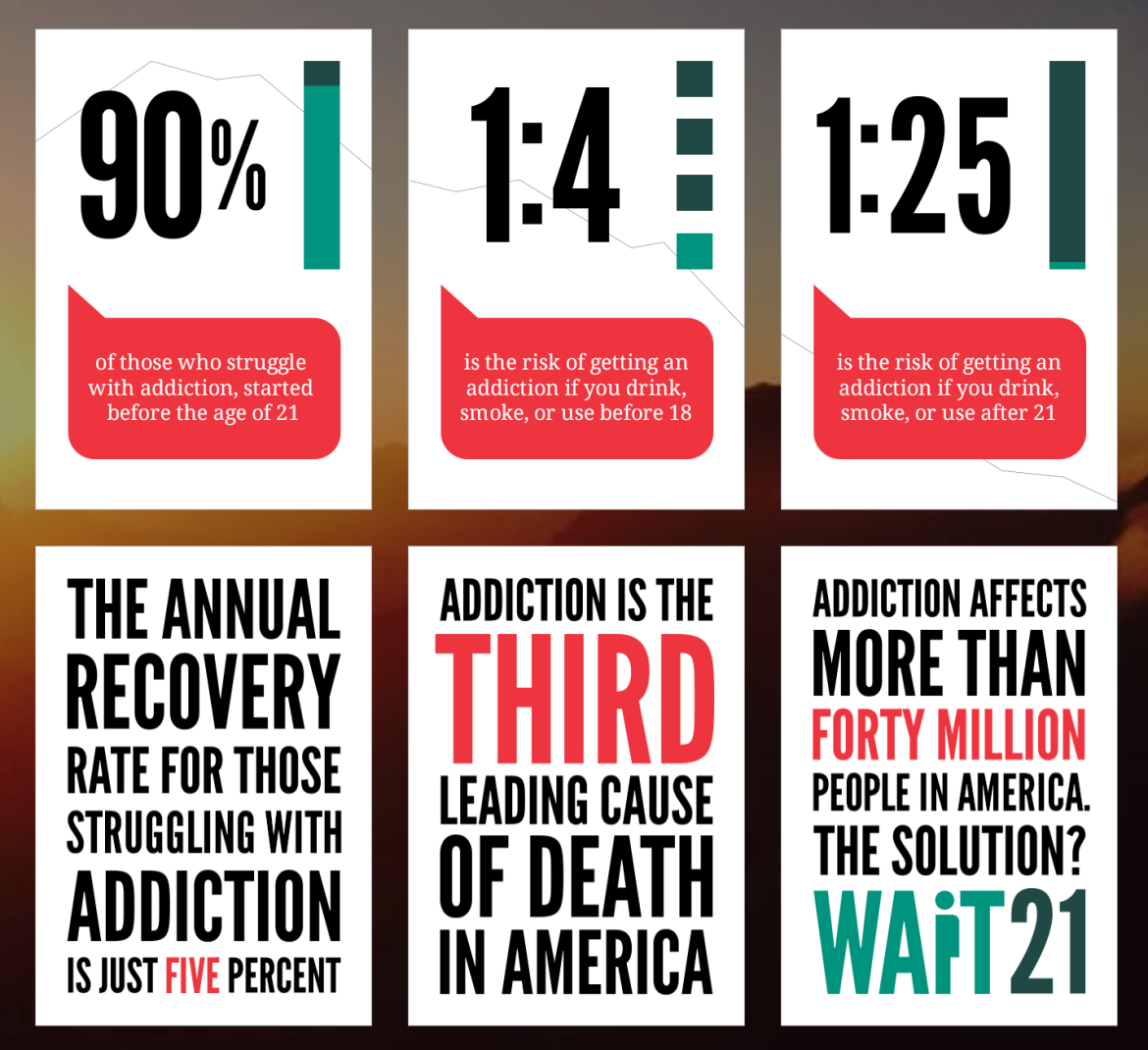 Dopamine, Addiction and Avoiding Addictive Substances Before Age 21
Dr. Allen shared a video from Wait 21, that explained how “natural addictions,” are necessary for survival.  Whenever the brain recognizes something good, like food, it releases dopamine.

Alcohol, marijuana, tobacco and other drugs, though proven carcinogens causing cancer and other fatal diseases, fool the brain into releasing dopamine, often times in much greater amounts than the body has ever experienced before.

The body is tricked into thinking these things are more important than food or sleep. At addiction’s worst, a person can think that without the substance they will die.

Research shows that adolescents are at the highest risk of having their survival hierarchy hijacked because their brains ares still growing and developing.

But by 21, the brain is more fully developed and the survival hierarchy less susceptible to getting hijacked. 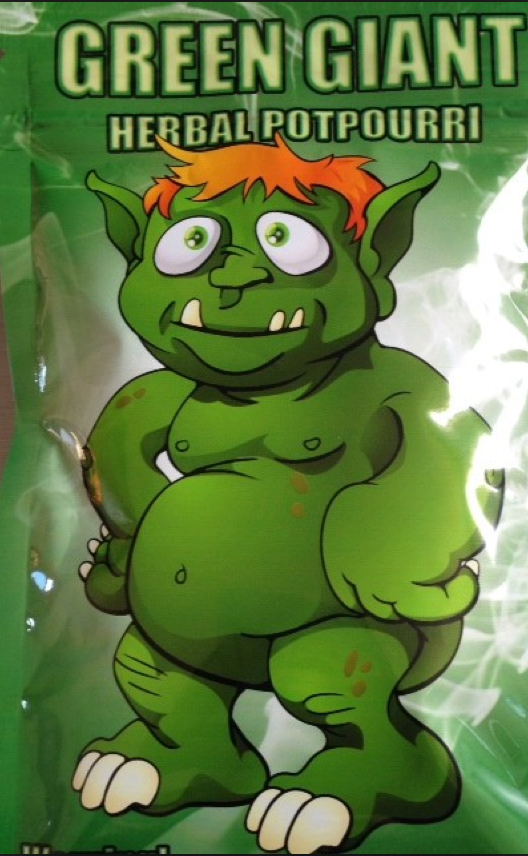 Making the situation worse is that synthetic marijuana, K2, is being aggressively marketed to children, often displayed in stores alongside candy and snacks.  Products like K2 and Spice are sold legally in convenience stores and bodegas in most states, or online for just $7 or so per gram.

These synthetic marijuana products are sold in colorful packages, often with cartoon characters on the wrapper, and may be marked herbal incense or potpourri.

Kids consider it fake marijuana because it promises a legal high.

K2 brands on the market include Scooby Snax with a stoned looking Scooby-Doo on the package. Other brands are Green Giant, Spice, Red Magic, Red Dragon, Diesel, Serenity and Blueberry Meditation.

Because the synthetic marijuana isn’t revealed on drug tests,  customers are teenagers, soldiers, people on probation and others subject to drug tests. 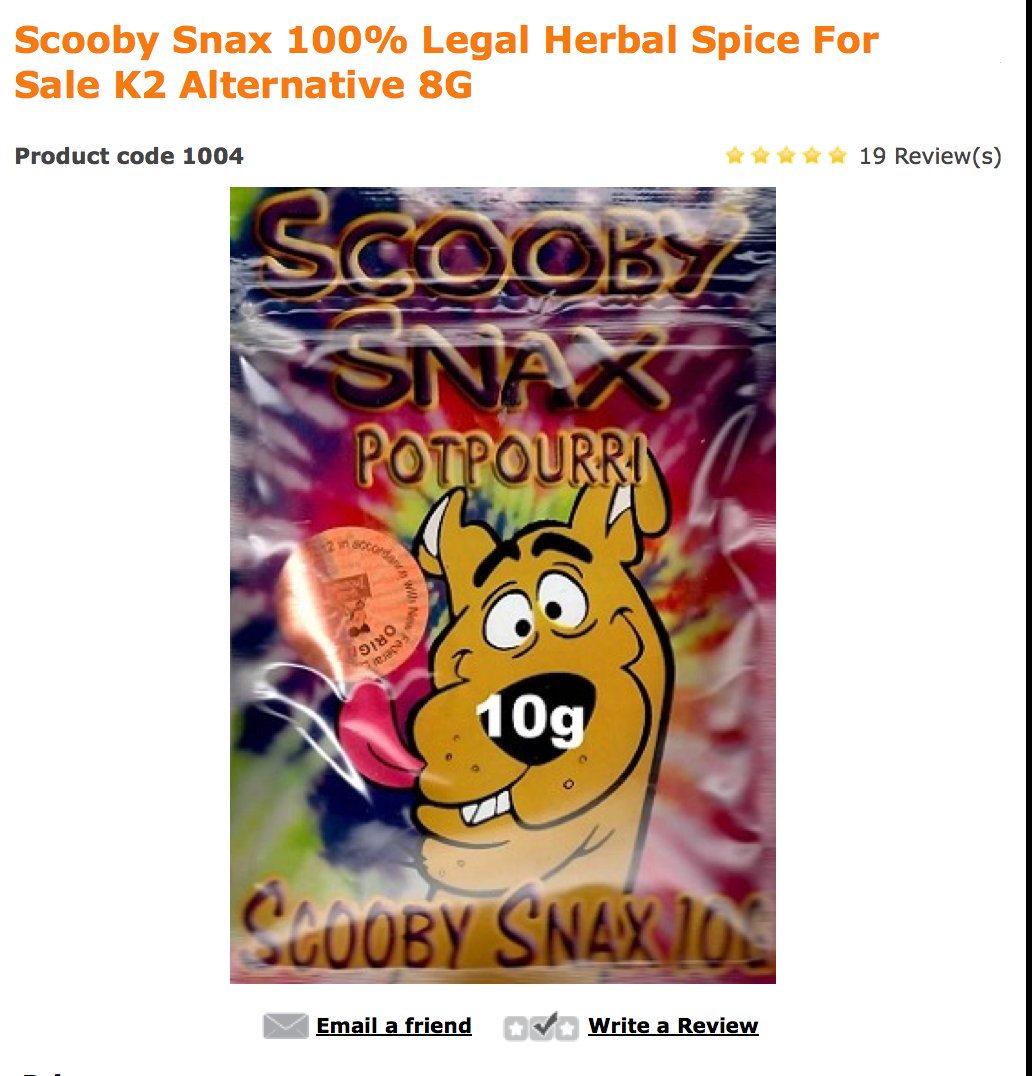 Product Description: Scooby Doo where are you? Scooby Snax 8 Grams legal medically sealed Incense.. If you try this one you will want another and another and another. Very potent with a strong scent. Good product strongly recommended and ships to every state in the US. This is a k2 alternative that is very effective. 100% Satisfaction Guaranteed! Disclaimer: Package says this is not intended for human consumption. Any unlawful consumption of this product is the sole responsibility of the consumer.

Dr. Allen said that with products like K2, “There’s no regulation on what’s put into this the product, and every once in a while there are people who die from it, and you see the news photos of people naked through the streets.”

Synthetic marijuana products are growing in popularity. K2 produces a high that is almost instantaneous. The smoke has chemicals that move from the lungs to the heart and then to the brain, and can cause high anxiety, panic attacks and hallucinations.

Across the country, emergency room visits by teens hallucinating or having psychotic episodes after smoking K2 are on the rise.

According to the American Association of Poison Control Centers, in the first half of 2011 there were 567 K2-related calls to poison control centers in the US, compared with just 13 reported in 2009.

Legal Marijuana
Dr. Allen said that in Oregon where marijuana is legal, dispensaries are marketing marijuana in cookies, brownies and candy. He featured a slide in his presentation that showed an ad for a marijuana product in Oregon.

“There’s no need to worry because we can leave it up to the entrepreneurs to do the right thing,” he said facetiously. “Who are they marketing the orange candies to?” he asked, pointing out the small print at the bottom of an advertisement of a teenage girl holding a giant lollipop. “These are obviously marijuana candies,” Dr. Allen said.

Addiction as a preventable disease and the decision to wait until 21 could mean the difference between debilitating addiction and a productive life.