Ms. Giorlando DeRosa will next represent Greenwich in the 2019 Connecticut Teacher of the Year program. 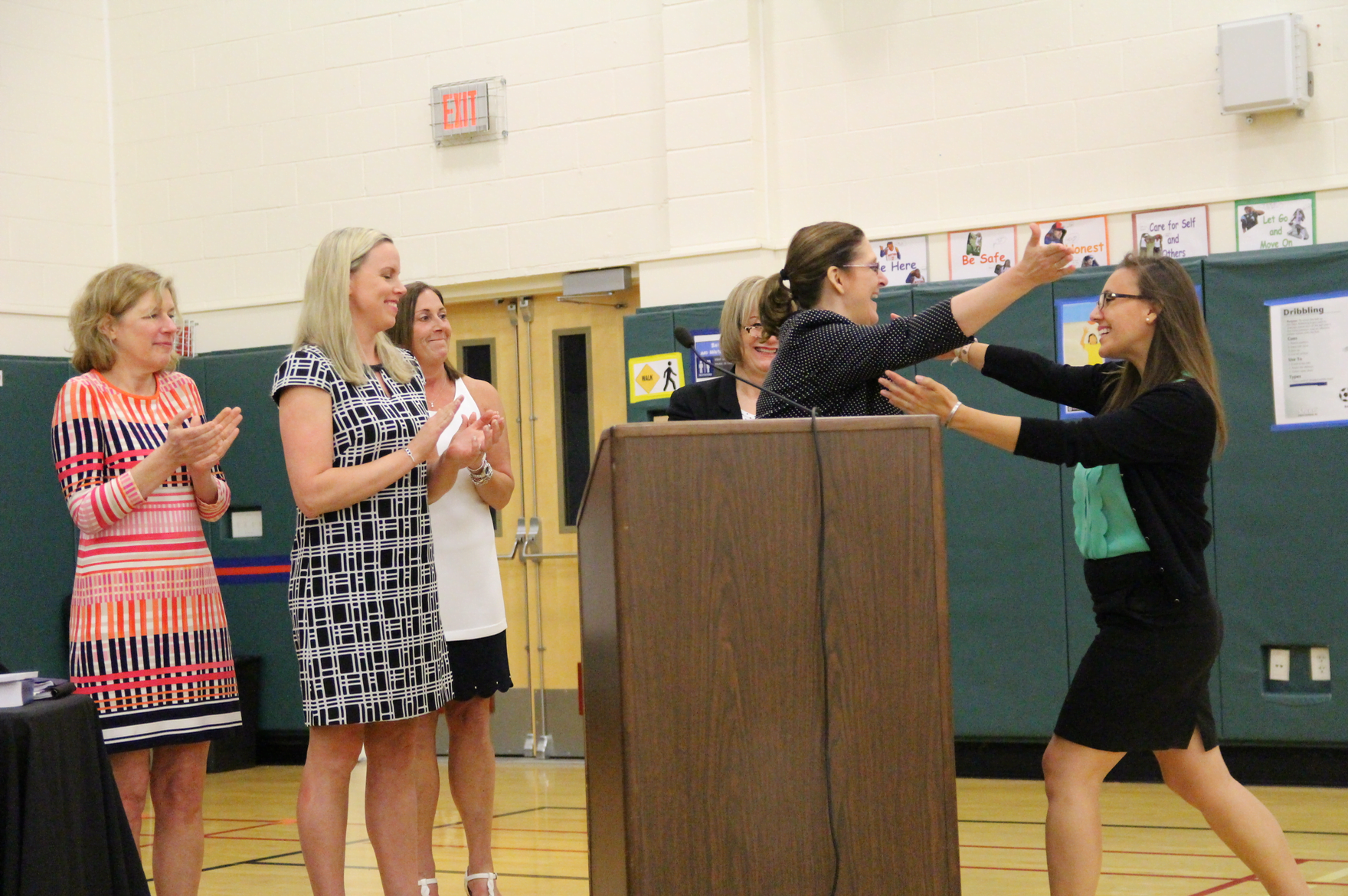 “‘Miss G, when she was announced and recognized, said, ‘What? Why me? How could it be me out of the the outstanding corp of teachers who have been recognized this year?'” Superintendent Gildea recalled.

“Miss G was nominated by her students at Western Middle School,” Gildea continued.

“And the students who have worked with her said she stretches their thinking, keeps them growing, treats them as thought partners in their learning, and will stay with them forever with the influence she’s had on their learning,” Dr. Gildea said. “That’s what makes her a distinguished teacher candidate as she goes into the state competition.”

Dr. Gildea said Ms. Giorlando DeRosa has a wonderful positive influence on the education profession and on the most important resource: Greenwich’s students.

Ms. Stinebaugh said, “The purpose of the distinguished teachers awards is to recognize and celebrate excellence among our educators, and Ms. Giorlando DeRosa is the epitome of this quality.”

Stinebaugh described Ms. Giorlando DeRosa as an excellent teacher – leader, mentor, risk taker, lifelong learner and coach. She said Ms. Giorlando DeRose stood out to the committee for many reasons, especially for her belief that education is about deep learning through engaging her students in an enthusiastic manner and learning how to think for themselves.

President of the Kiwanis Club of Greenwich Christine Edwards described Ms. Giorlando DeRosa as a visible and vocal representative of what is best in the teaching profession.