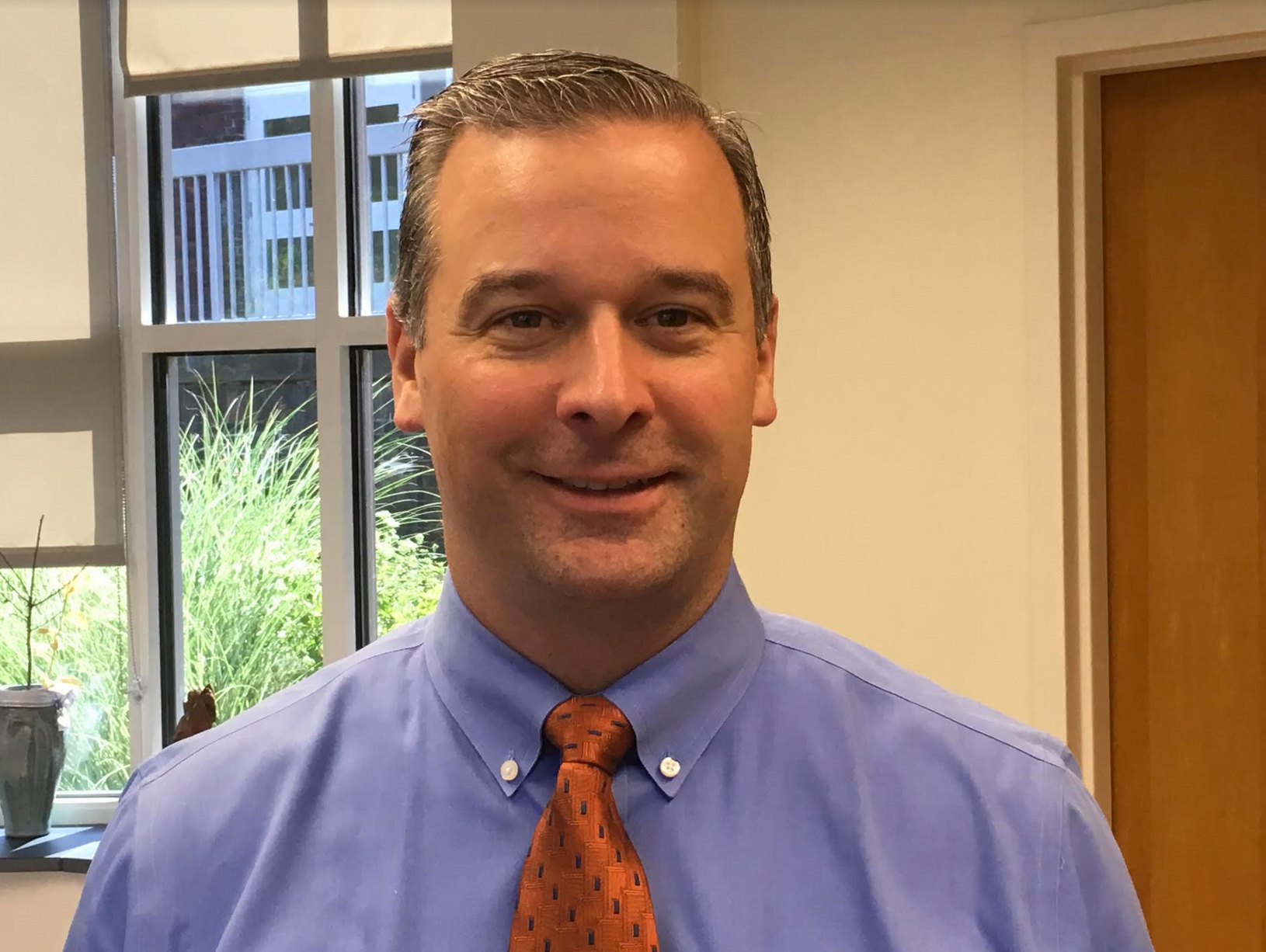 An educator for 23 years, he has been with GHS since 2001 and was a member of the Greenwich Alternative High School Design Team for the 2016-2017 school year, resulting in the launch of the Windrose Program this year.

“We are very lucky to have Brian Keating taking over as the Program Administrator at Windrose this year,” said GHS Headmaster Chris Winters. “Brian was one of the lead planners in our effort to restructure the program. He is deeply knowledgeable of its mission and goals and already well known and respected by the staff. He will be able to hit the ground running.”

A search for the permanent position of Windrose Program Coordinator will be conducted at the start of the hiring season in January 2018.

In 1994, Mr. Keating began teaching with the Danbury Public Schools, Danbury, CT in a program he created – R.E.A.C.H. – for students that had been expelled from school.

As an English teacher at Danbury High School until 2001, he sought opportunities to work with teens as Student Government Advisor and Basketball Coach, and with colleagues participating in curriculum committees and program development councils. He joined Greenwich High School in 2001 as an English teacher with the GHS Community Learning Program. Mr. Keating has held multiple leadership roles during his tenure with GHS, including as a building representative for the Greenwich Education Association, as lead department CT TEAM Mentor, lead English teacher for Saturday CAPT Academy, Learning Facilitator, and Clark House Assistant Dean.

Mr. Keating received a Bachelor of Science degree in English in 1993 and a Master of Arts degree in education in 1994 from the University of Connecticut’s Neag School of Education, Storrs, CT; and a sixth year certification in administration from Southern Connecticut State University, New Haven, CT in 2016.