At Agnes Morley, a Housing Authority property for seniors, some residents were temporarily relocated after rainwater leaked onto a heating unit, according to Lt John Slusarz.

“They evacuated people as a precaution. We sent officers over to facilitate,” Slusarz said. 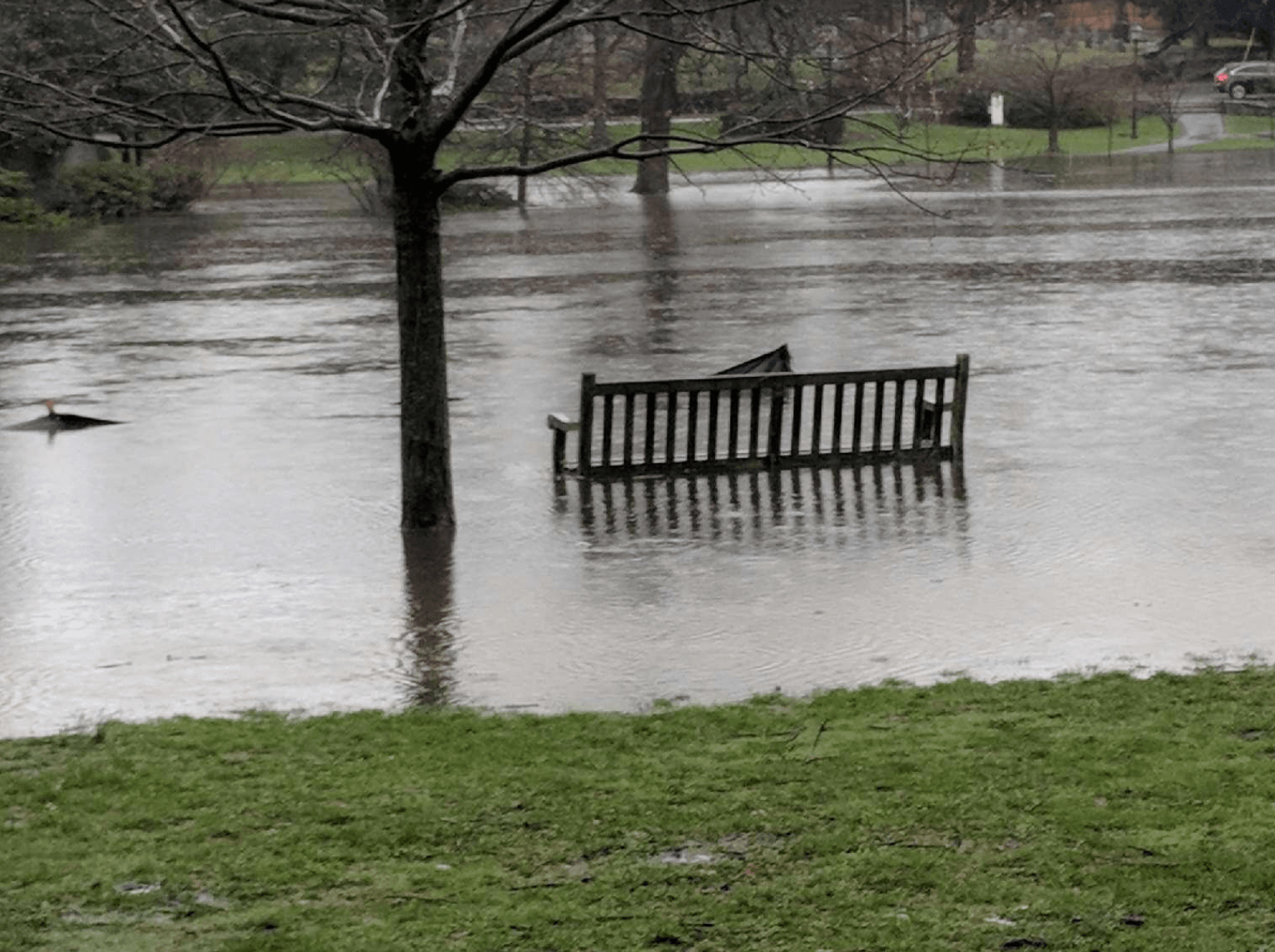 Over at Greenwich High School on Hillside Road, headmaster Dr. Winters confirmed that a ceiling tile in the student center became saturated with water from the heavy rain, adding that there was an unknown leak in the roof.

“The students were sent to the hospital for an examination,” Winters said. “The area where the tile collapsed was immediately cordoned off and the Student Center was closed, except for exiting students during dismissal.”

Winters said that maintenance staff inspected all remaining tiles for any possible damage.

The Student Center will be fully open on Tuesday April 17..