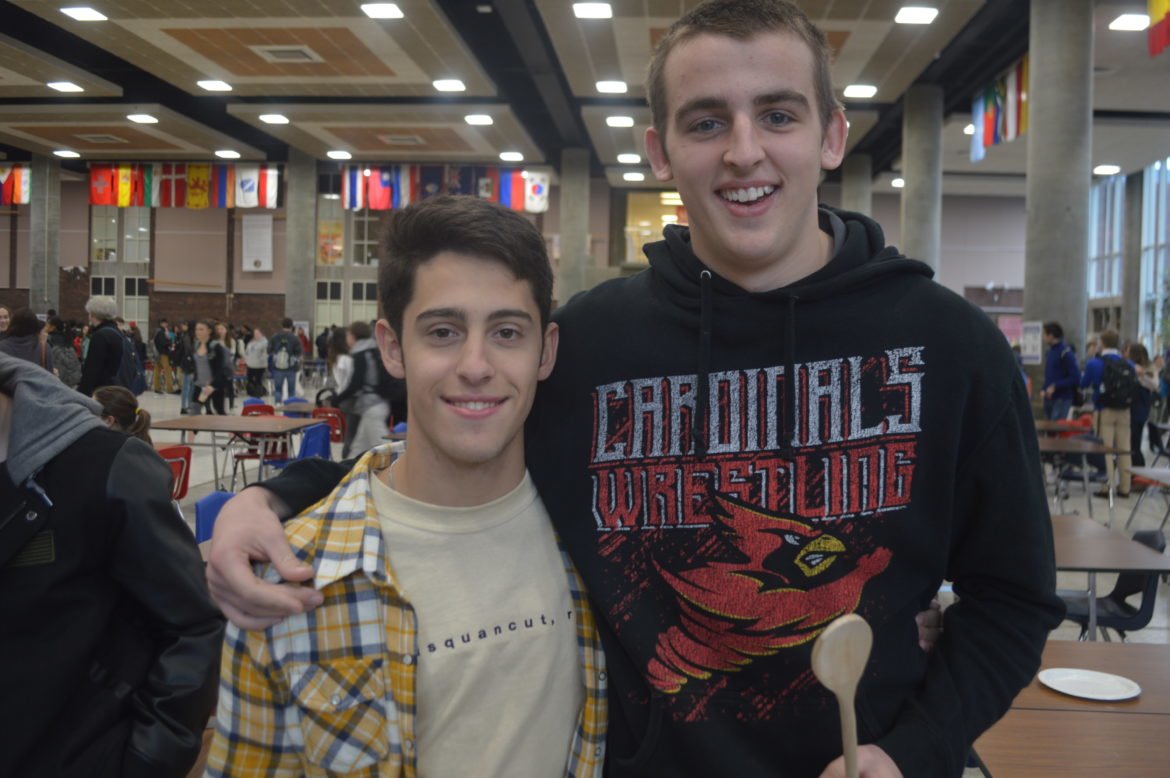 Peyton Larkin and Jordan Larossa are two out of the remaining 42 “assassins.” Photo: Julia Moch

As internship slowly approaches and college decisions begin to finalize, seniors take their final weeks together to play an in-school game called Assassin, where players try to eliminate one another using mock weapons – in this case wooden spoons.

The tradition has existed at Greenwich High School for few years as a way to encourage class unity among the students and allow everyone to have a good time.

In order for the game to begin, students are entered into an online database and shuffled at random among each other. Each person receives a target to “kill”, and another student within the grade trying to get them. The goal is to tag out as many people as possible and be the remaining victor.

“It’s fun because I think it is something the whole class takes part in,” said Jade Hoyen. “Even though I have been going here for four years, I still have gotten targets I don’t know. This gives me an opportunity to meet and even become friends with more people in my class.”

Even though its name may be misleading, the game is completely safe. Students use wooden spoons to tag each other out if their target is not performing the daily safety. These can range from hopping on one foot, holding hands with another student, and anything else to come.

Once this is done, they get a special 4-digit code they must enter into their online system to get their next “victim.”

“My favorite safety so far has been dancing,” Jade continued. “It’s just funny to see kids doing Macarena moves  down the halls and getting weird looks from underclassmen that have no idea what they’re doing.”

Every section of the school is fair game for assassins to get each other, except for any and all classrooms. The competition lasts from the moment school begins to the ring of the final bell.  Currently fewer than students 50 remain, all feverishly competing for the win.