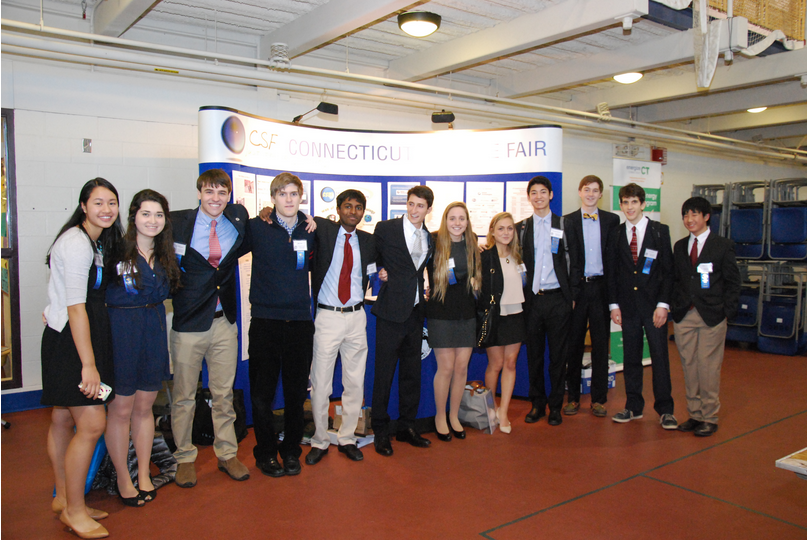 This year, seventeen GHS students entered the science fair. Of these, thirteen were selected as fair finalists, and asked to defend their work on Thursday, March 12th. These thirteen students were vying for prizes that included five all-expense paid trips to Intel’s International Science & Engineering Fair, for the top five students in the fair.

GHS students earned over $15000 in prizes, including an unprecedented sweep of each of the five ISEF awards at this year’s state science fair. Greenwich High School has had a least one ISEF student for each of the past nine years, with more than twenty GHS students receiving the ISEF award during that time period. The 2015 ISEF awardees are Margaret Cirino, Olivia Hallisey, Ethan Novek, Reid Radulovacki and William Yin. 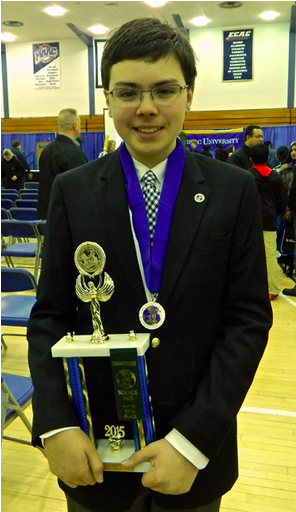 Bennett is a member of the Central Middle School Science Research Club, which was initiated and mentored by GHS students Margaret Cirino, Emma Goodman, Spencer Matonis, and Max Minichetti. The high school students mentor and guide the middle school students through the science research process.