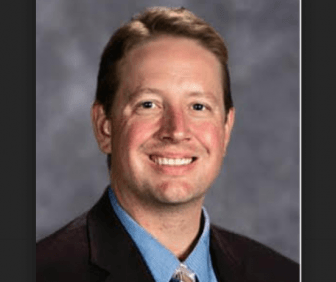 Mr. Byrne will join the Greenwich Schools from the Darien Public Schools, where he has served as Assistant Principal for Middlesex Middle School since 2010.

“I am honored to have been chosen to be the Interim Folsom House Administrator at Greenwich High School,” Byrne said. “I welcome the opportunity to join the dedicated team of teachers and administrators at GHS in their commitment to personalized learning and the Vision of the Graduate.”

Mr. Byrne began his career in education at Canterbury School in New Milford, CT as a mathematics instructor in 1999. He moved to teaching at Sacred Heart Greenwich (formerly, Convent of the Sacred Heart) in Greenwich, CT the following year as a mathematics and science instructor, where he remained until 2010. During that time he also served as Mathematics Department Chair (2000-2010), Academic Dean for Grades 7-12 (2002-2003), and Dean of Faculty (2003-2010). In 2010, Mr. Byrne was appointed Assistant Principal of Middlesex Middle School in Darien.

He has also held positions as the Co-President of the Darien Administrator Association (2015-present) and as Acting Co-Principal for Royale Elementary School for a short time in 2014, assisting the District in an administrator transition.