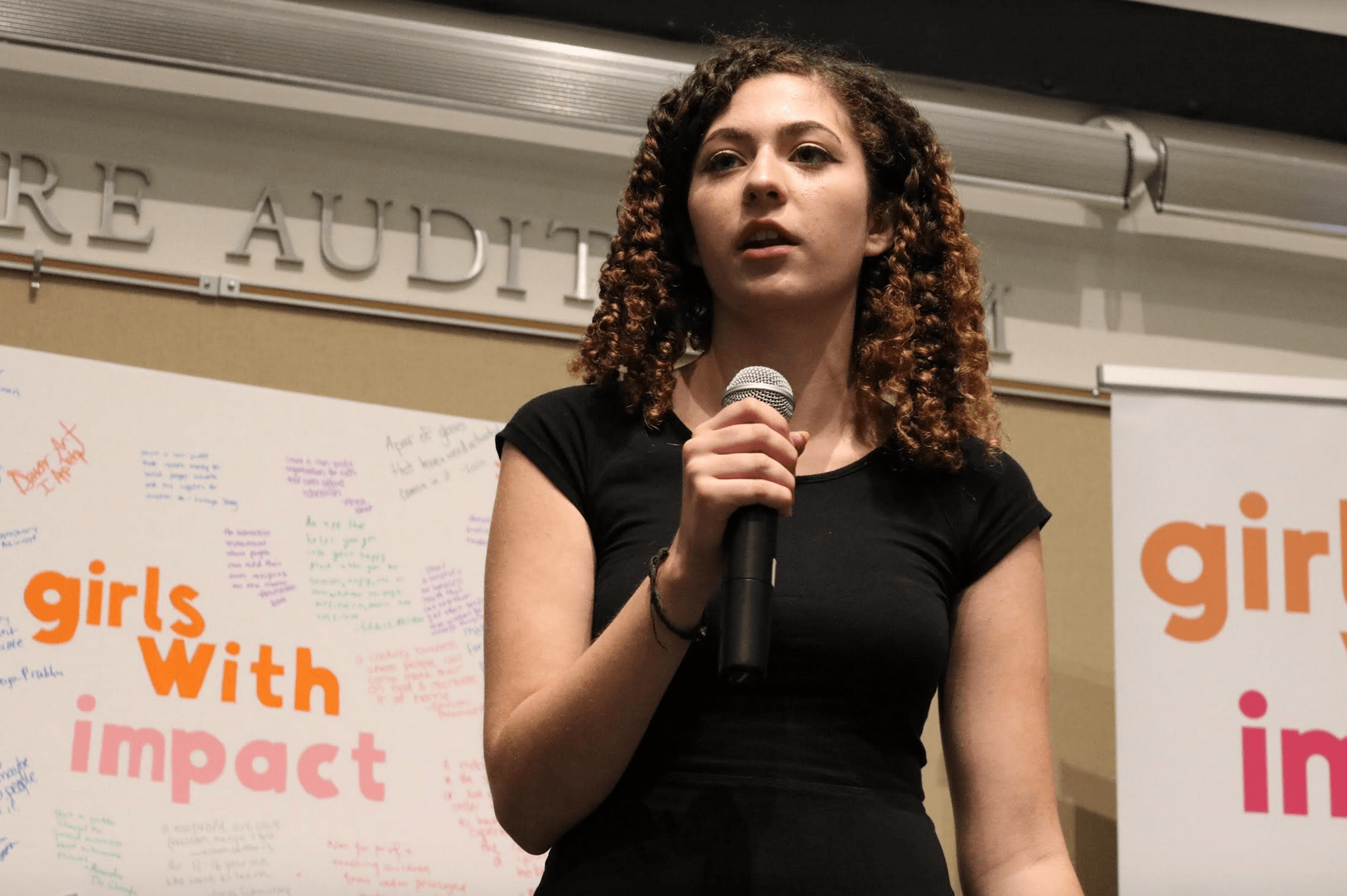 The site, ICODhelp.org – I.C.O.D. stands for “In Case of Deportation,” intended to be a resource for youth in Connecticut and New York, went live on Tuesday.

“At GHS there are kids with undocumented parents, and they feel they can’t talk to their guidance counselor because they’re afraid,” Jody said on Tuesday, the day her website went live. “There is a confidentiality arrangement with guidance counselors, but it’s an awkward conversation. It’s taboo. In kids’ minds, telling adults puts their parents at risk. Mainly because they don’t know what they’re rights are.”

Jody said there are children with nowhere to turn in that moment when someone knocks on their door and suddenly takes their parents away. She said 2,000 children were reportedly separated from their families and that she hopes I.C.O.D. will be a youth-to-youth resource with the latest information and useful links from a child’s point of view.

Jody said her goal is for I.C.O.D. to become a hub useful information. “A lot of the content we write is original, but we also point people to other resources.”

Targeted to children 8-18, the site features sections for emotional help, legal help, lawyers, and even a child preparedness plan which takes children though the process from how to have “the deportation talk” and to how to determine options in advance with parents.

“It also takes them through setting up a plan for if they’re detained, including who is feeding the dog? Who is taking care of the house? Who is picking up siblings from school? Also, who has the medical papers, especially if there are younger siblings – maybe even if an infant sibling,” Jody said.

There are other scenarios the website addresses: In the event parent(s) are deported, a child might have to figure out who will be their new guardian if they stay in the country or whether they’ll obtain dual citizenship. The site steers children in the right direction for online education if they do leave the US and want to continue their education, and source as good an education as possible.

Jody said that currently, online resources are not targeted to elementary school children and she hopes her website fills that gap.

“It’s constantly changing and very dense online,” Jody continued, adding that children are unable to educate themselves and are reluctant to ask adults for help.

To date, New Rochelle High School and Greenwich High School are planning to incorporate the ICOD website into resources made available to students.

At Greenwich High School, director of Guidance Judith Nedell said Jody was one of the first students there to participate in the Girls With Impact program.  “I’m so proud that she was able to use what she learned to make her ideas a reality,” Nedell said.

“Jody’s I.C.O.D. website provides valuable information and advice that perfectly supplements the resources we had previously included in the GHS Planning Guide and on the Guidance website to support our students or families who have undocumented immigration status,” Nedell continued.

Jody said she created her website under the guidance of Jennifer Openshaw from the organization “Girls with Impact.”

“Jennifer Openshaw, the CEO of Girls with Impact, puts girls through a mini MBA program and teaches them entrepreneurship,” Jody said. “I’ve been in it for a year and a half and formed this idea for a non profit with Jennifer.”

Jody said many of her friends and peers at GHS are in a precarious situation. “They have a lot on their mind. I have close friends going through a lot because of the risk of deportation of their parents.”

Jody said she in coming months she hopes to expand the website to include resources for families that are useful after a separation.

“They can put in a name and place of their guardian, and it tells them where they can find them if they’ve been detained,” Jody said.

Asked why she embarked on such a big undertaking, Jody credited Innovation Lab at GHS. “I’ve always been a student who will not do work unless it has meaning. That’s why I joined Innovation Lab. I like that all the projects are applicable for real life.”

Girls With Impact is the nation’s only entrepreneurship program just for teen girls, delivered live from the home or road. The after-school, extra-curricular program drives exceptional results in confidence, empowerment, college prep and career readiness, including STEM areas.   Apply at www.girlswithimpact.com.