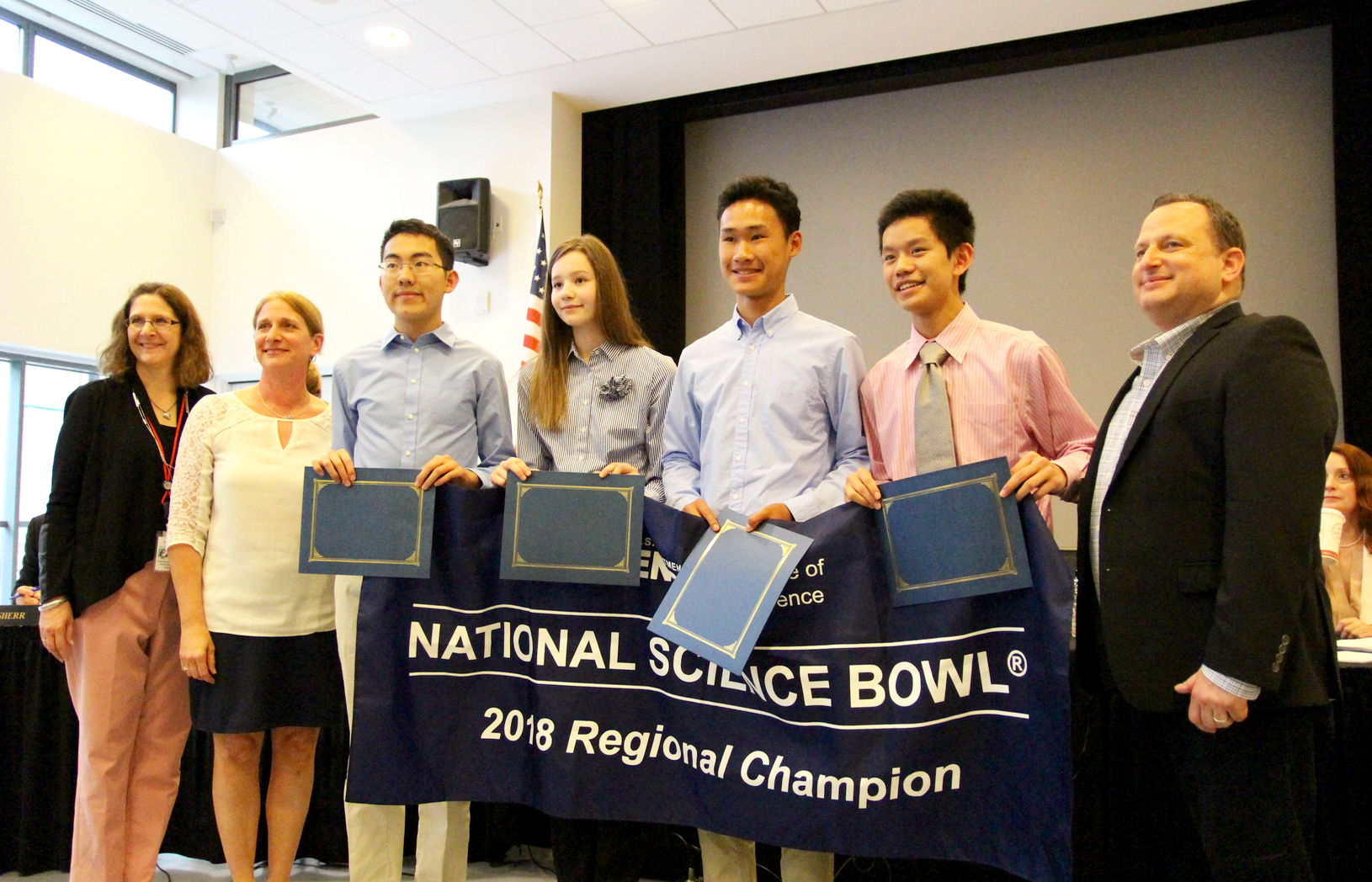 At Thursday night’s Board of Education meeting the GHS Maria Buono commended the members of the highly successful science team, Nicholas Liu, Henry Shi, Derrick Xiong, Phoebe Hartch, and Rahul Subramaniam who was absent because he is part the spring musical at GHS, Hairspray.

Ms. Buono said that each year the Dept of Energy sponsors a regional competition, which her team from GHS entered.

She described the competition as a Jeopardy-like game with questions on topics such as biology, chemistry, physics, math and Earth science.

The regional competition was held at UConn Storrs, where the GHS team beat all 5 teams in the morning rounds and advanced to a double elimination round in the afternoon, which they won.

That win allowed the team to compete at the National Science Bowl Finals at the US Dept of Energy in Washington, DC, where Buono said, “They rolled out the red carpet.”

The team was in DC for the National Science Bowl for five days.

The Greenwich High School science team ended the season ranking number one in Connecticut and number 10 in the US.

Ms. Buono congratulated the team for their integrity and passion for learning in the science community, which she described as beyond any vision of the graduate.