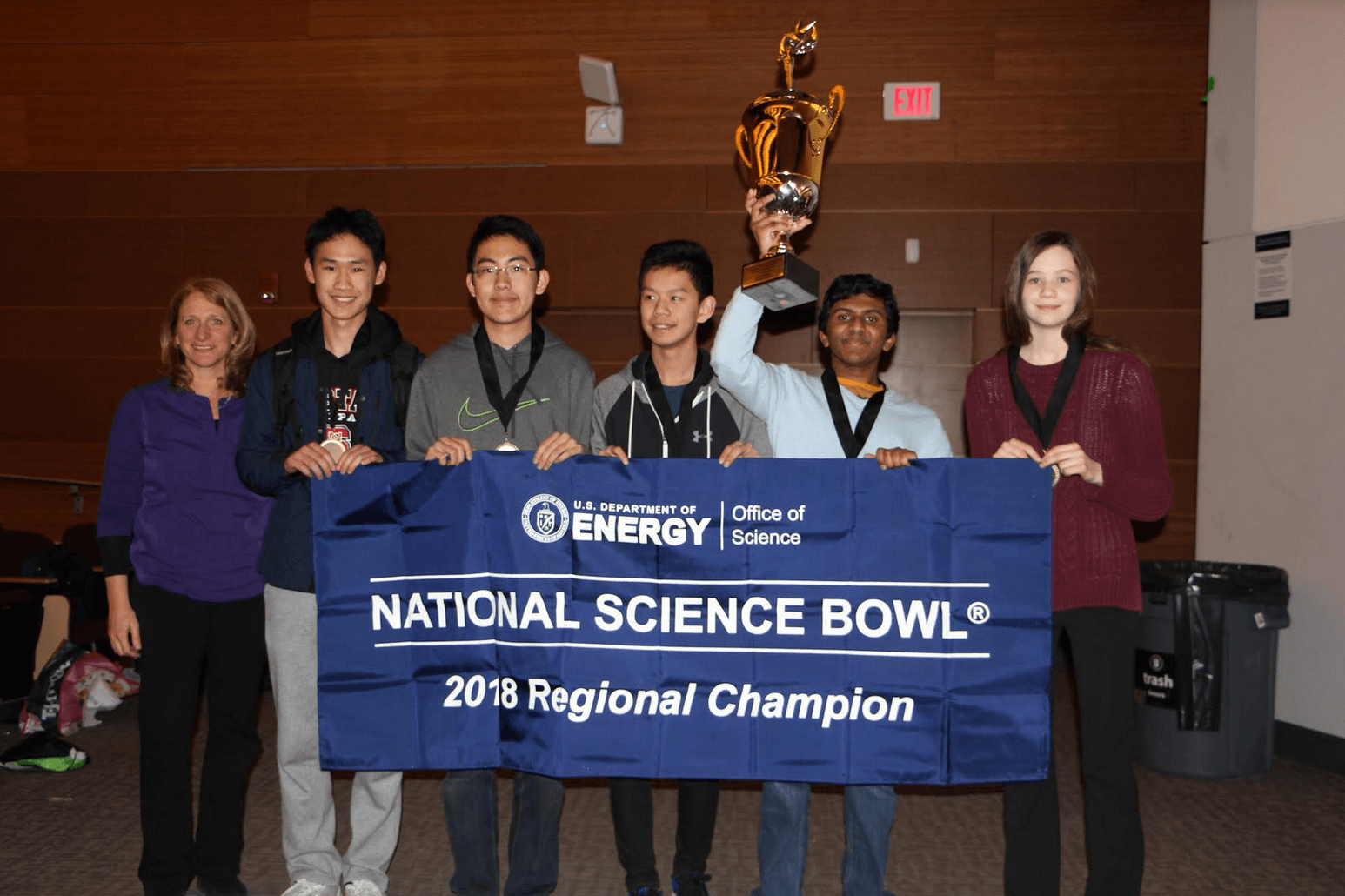 Students from Greenwich High School won the regional competition for the 2018 National Science Bowl earlier this month and will advance to compete in the NSB National Finals in Washington, D.C. in April. This is the first time GHS has won the Northeast Regional Science Bowl. The Northeast Science Bowl was held at the University of Connecticut on March 3, with students representing secondary schools from throughout the northeastern United States. According to their website, “The U.S. Department of Energy created the National Science Bowl in 1991 to encourage students to excel in mathematics and science and to pursue careers in these fields.”

The NSB is a nationwide competition that tests students’ knowledge in all areas of science and mathematics. Middle School and high school student teams from diverse backgrounds are comprised of four students, one alternate, and a teacher who serves as advisor and coach. These teams face-off in a fast-paced, question-and-answer format, being tested on a range of science disciplines including biology, chemistry, Earth science, physics, energy and math.