The GHS Ski team were congratulated at the May Board of Education meeting for winning the 2015 Boys State Championship, finishing their season with a record 24-3.

Their coach, Lindsey Pontieri said that last year the boys went in with “a sneak attack” because they weren’t expected to win.

“This year they went in and they dominated,” she said, adding that the boys won the state championship by two seconds.

“In life two seconds seems a blip on the radar, but it is a tremendous time to win,” she said.

Pontieri said the team truly worked hard, believed in themselves and succeeded. “My assistant coaches and I could not be more proud of the excellence and character and competitiveness that we saw this season,” she said. 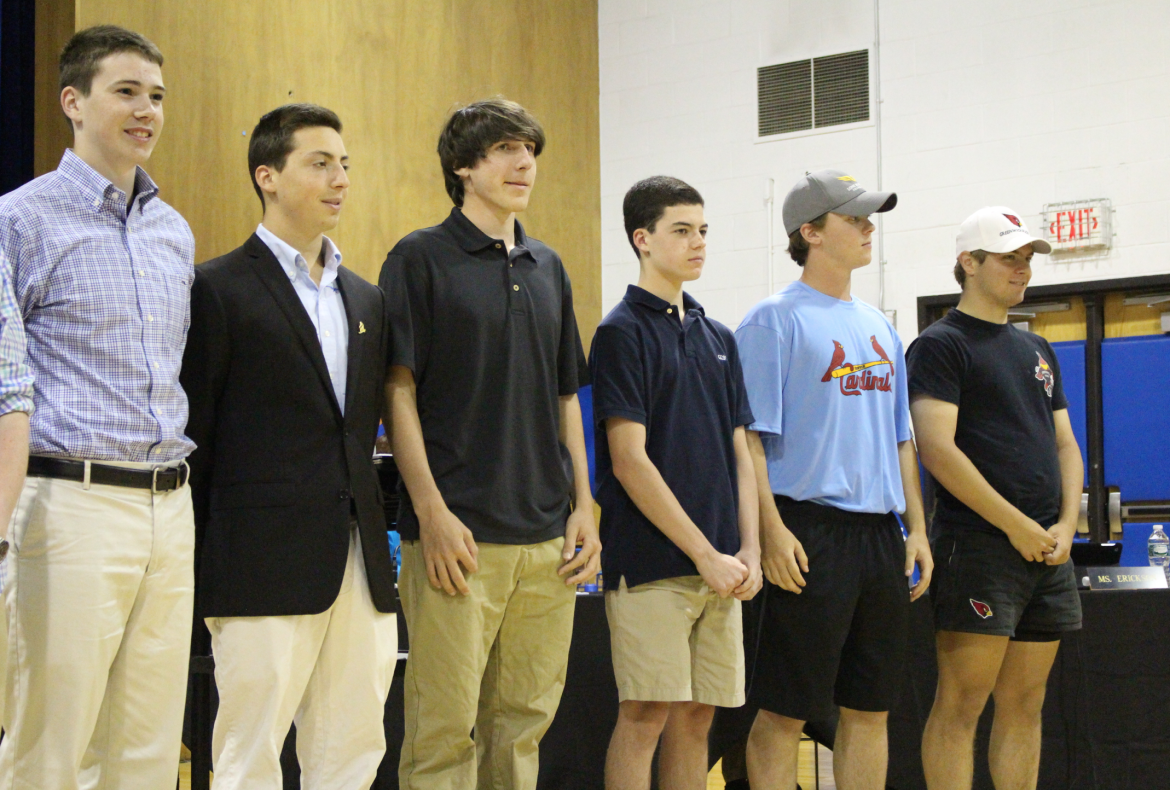