The GHS girls hockey team ends their season on a high note, having won 8 to 3 versus Fairfield last week, and, defeating Farmington 5-2 this week. This brings their season to a close with 7 wins and 7 losses.

On Tuesday the girls manned the counter at Joey B’s with owner Dom and Lu Delfino in a fundraiser for the team. The fundraiser, which was not impacted by the early release due to the weather, was a great way to have fun, enjoy some good food and know that 20% of proceeds plus all tips would go the team. By the end of the night, the girls were happy to have raised $1,183 for their team! 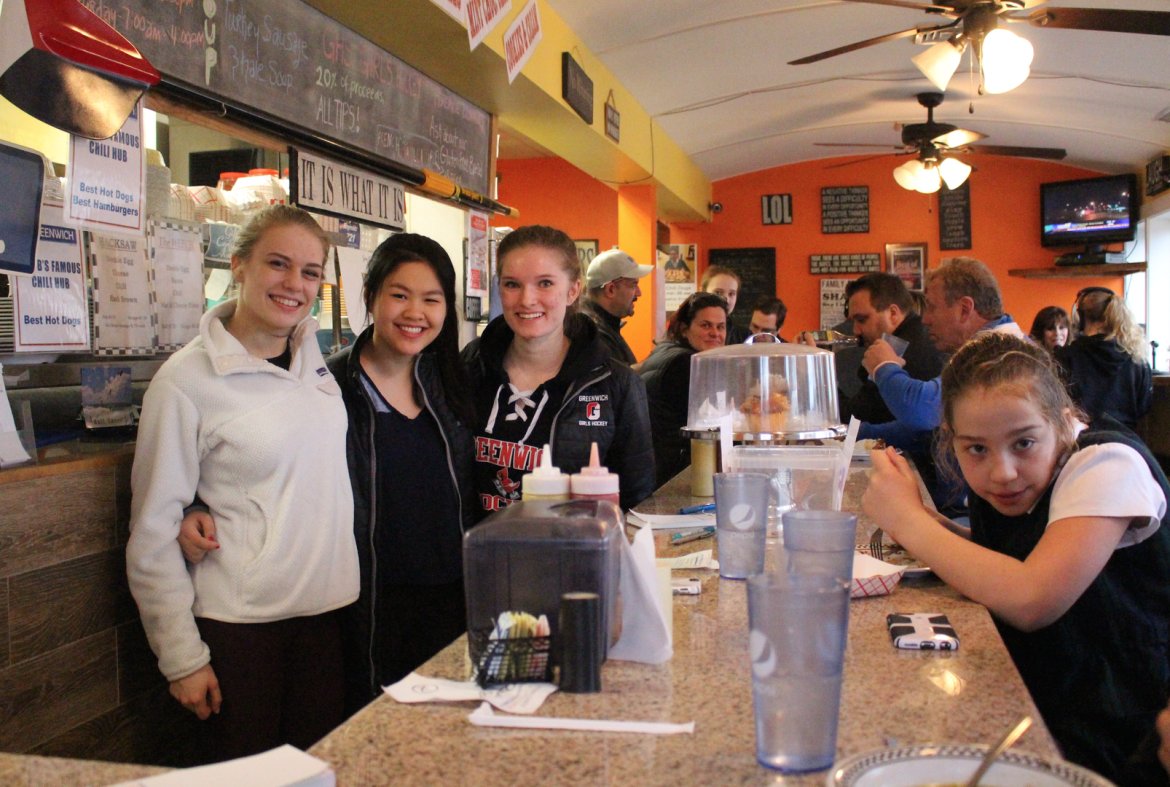 The girls did a nice job promoting the event, crafting posters and making an appearance on the radio on Monday. “We mentioned our coach’s favorite songs are Justin Bieber’s,” said Haley Raftery.

Claire’s mother said she was so pleased with the team. “Out of all the sports, this has been the most rewarding and positive experience. It’s a really diverse group of girls who worked together so well as a team. Friendships were formed,” Eschricht said. “And they’re really good!”

Beyond the fundraiser at Joey B’s the girls have their banquet to look forward to, and are creating a video of memorable moments in the season, set to Every Time We Touch.