Officer Carosella has held many positions within the department. He was a founding member of the Greenwich Police Department Honor Guard. He was appointed to the position of Enforcement Officer in 1999 and Court Technician in 2014. Officer Carosella is also a State of Connecticut certified instructor in many topic areas which include: Emergency Medical Technician, Police Motorcycle Operations, and DWI Enforcement. He is also one of a handful of national certified Child Car Restraint Technicians in our area. As an instructor, he is additionally called upon to instruct our Police Explorer’s and at our Citizens Police Academy. Officer Carosella is also a Red Cross CPR instructor as well as an AAA auto safety instructor.

Officer Carosella’s file reflects numerous department commendations for excellent police work in the apprehension of wanted persons in which his actions exemplified the best tradition of police service. These actions were exhibited in various instances over the years and ranged from Arsons to Burglaries to illegal gun arrests.

As a long standing Motor Officer in the Traffic Section, Officer Carosella represented the Town of Greenwich and this department in funerals throughout the State of Connecticut, New York and beyond for Officers Killed in the Line of Duty. He has participated in many special details, parades, roadway disruptions, as well as the daily task of traffic enforcement. He has escorted members of Congress, foreign heads of state and rode in four presidential motorcades. Officer Carosella has received numerous letters of gratitude from citizens of Greenwich for his professional demeanor and assistance at countless funerals for everyday people.

“Ron has spent a lot of his adult life in uniform. He volunteered to join the Navy in 1968 and after a tour in Vietnam was honorable discharged in 1971. Afterward, Ron moved to Greenwich where he volunteered for over a decade as a Special Police Officer sacrificing his personal time for his fellow citizens. All this before he was Sworn in as a regular Police Officer. I am very proud to have served with Ron and wish him the best in the next stage of his life,” said Chief Heavey 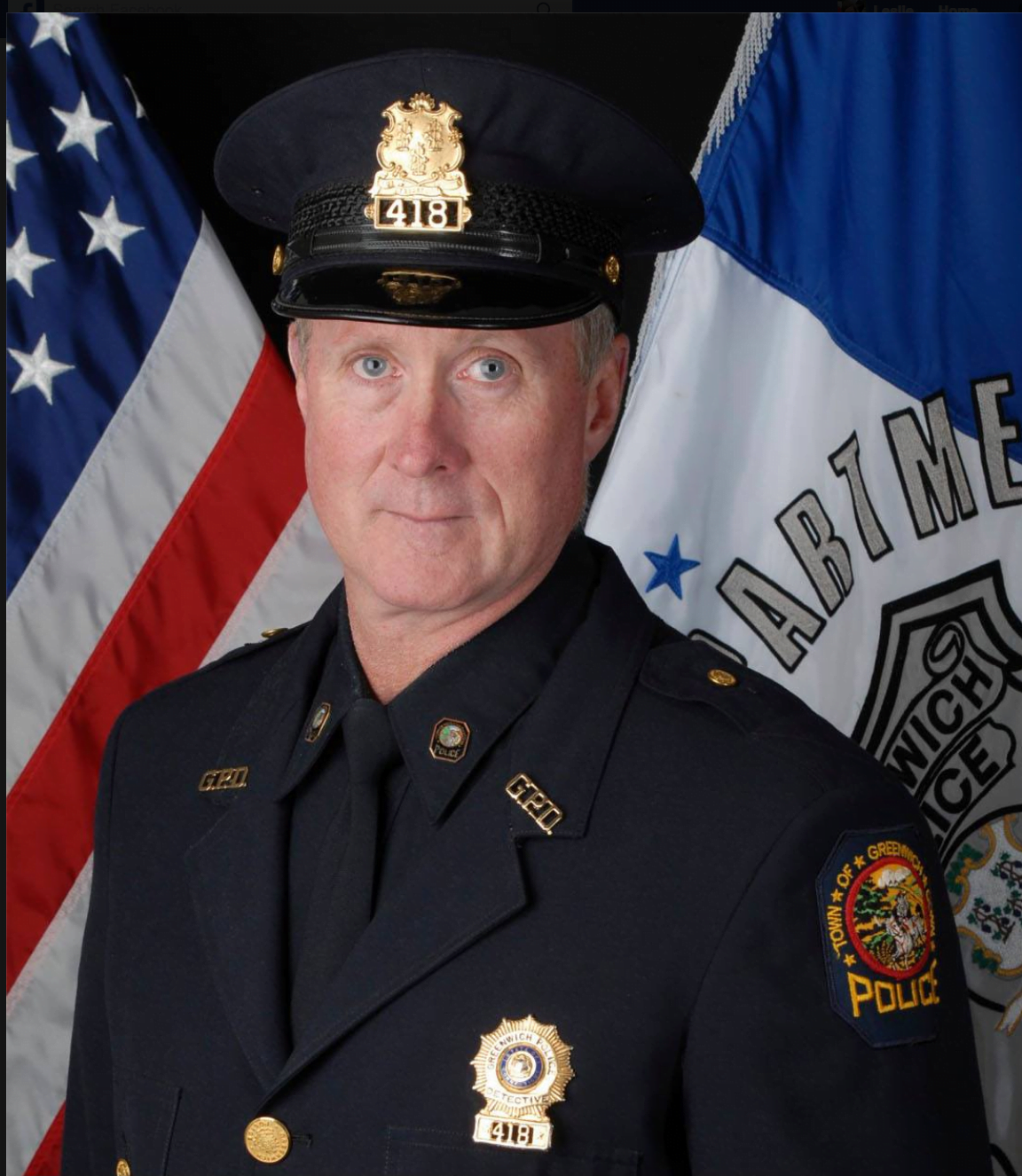 Detective Stephen Hickey completed 31 years of service with the Greenwich Police Department. Detective Hickey was sworn in as Police Officer on August 16, 1985, and graduated from the 109th Class of the Connecticut Municipal Police Training Council’s Basic Police Academy.

Detective Hickey has held many positions within the department. He was one of the department’s first Field Training Officer’s and was promoted to Dispatcher, Court Technician and to Detective.

Detective Hickey has received numerous departmental commendations for excellent police work and actions exemplifying the best tradition of police service while assigned to the patrol division. On a midnight tour, then Officer Hickey made a keen observation that resulted in the apprehension over a dozen thieves who were thwarted from stealing a dozen cars from a local auto dealership.

Detective Hickey was recognized by the Chief of Police and other Law Enforcement agencies for his significant contributions in bringing to justice many criminals who had committed the worst crimes imaginable. His forensic work was instrumental in convicting suspects who had committed the most horrific crimes against our citizens; Arson, Rape, Murder, Kidnapping, and Home Invasion Robberies.

Detective Hickey has received numerous letters of gratitude from citizens of Greenwich for his actions in a wide assortment of situations. These letters range from the sick and injured persons thanking him for his compassionate care, to the letters of appreciation for his voluntary participation in community charity events.