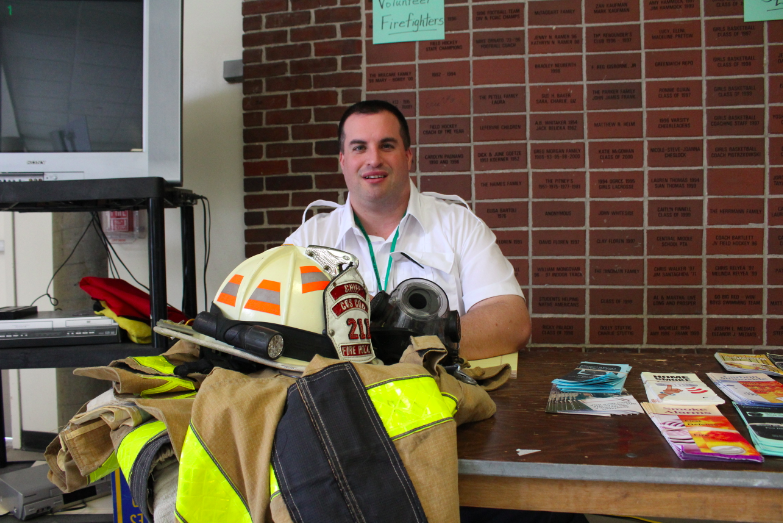 Kelly said successful completion of the course results in the Connecticut State Certificate required for fire fighting and hazardous material awareness operations. The course, which is held Tuesdays, Thursdays and Sundays from now until the end of June, totals 180 hours.

Open to men and women 18+ who pass a Town physical and criminal background check, the course is being offered for the first time in several years.

“We have not had the course in 8-1/2 or 9 years because our old facility wasn’t up to up to par,” Kelly said. “But now there is a new training facility on North Street next to animal control and North Street School.”

So Far Kelly has 16 or 17 new recruits signed up for the course. Successful students will be steered to one of the nine various companies in town.

Kelly, who comes from a long line of emergency service workers in town, said his great great grandfather, William Ritch, was the town’s first Police Chief. “I am third generation with Cos Cob Fire Police,” he said. In addition to working for the town recruiting volunteers, he serves as Chief of the Cos Cob Fire Police Patrol.

According to Kelly, anyone with questions about the course or general questions about training to become a fire fighter, should contact him at his office at 75 Holly Hill Lane at (203) 618-8877 or email him at [email protected]

The first step, according to Kelly is to meet him at his office and talk about your interest, so he can point you toward a fire company in Town that makes sense.