The investigation of human remains found in the Helen Binney Kitchel Park on April 26 continues.

On Monday, police conducted a “line search” which included 38 personnel from the Greenwich Police Department, as well as the Evidence Recovery Team from the New Haven office of the Federal Bureau of Investigation.

“The line search consists of officers walking in line through an area looking for evidence,” Captain Robert Berry explained. “In this case in order to cover the entire search area, multiple passes were needed.” 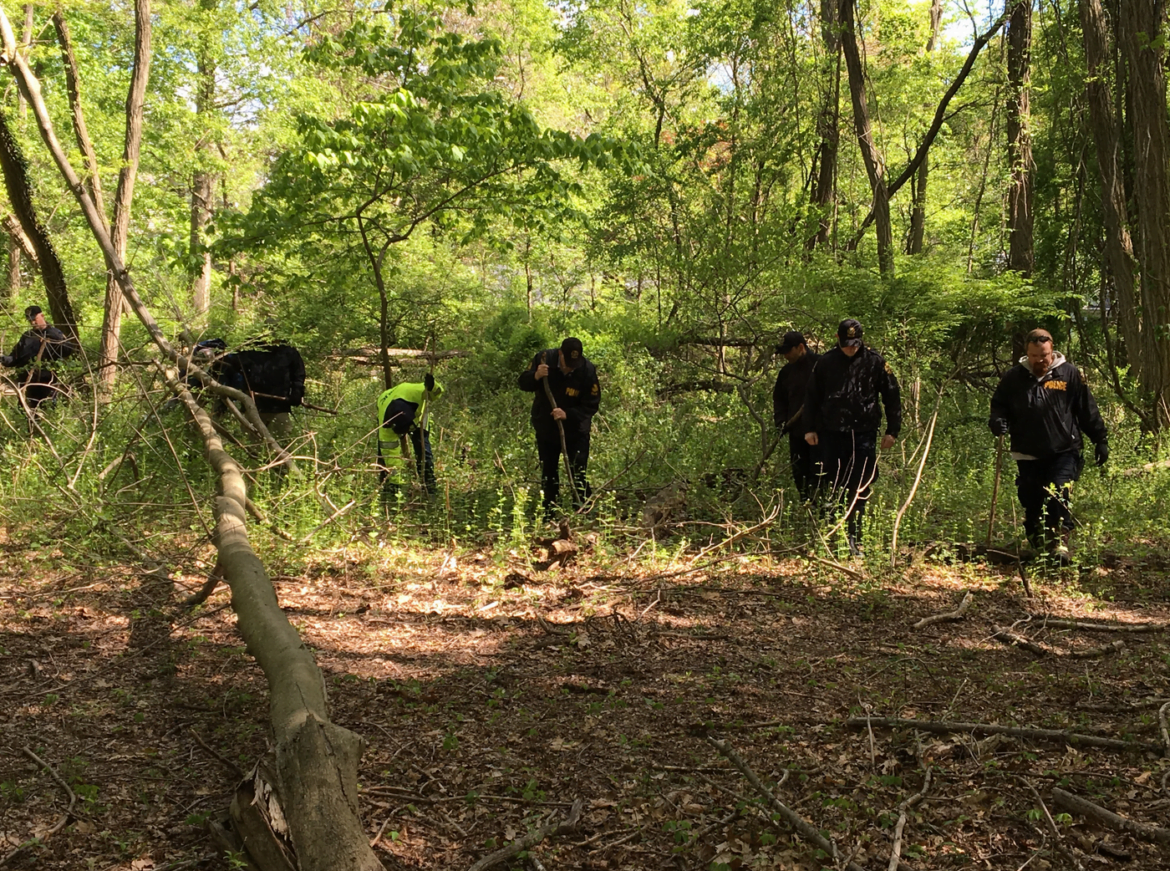 Back on April 26, what appeared to be human remains were discovered in the southwest portion of Helen Binney Kitchel Natural Park by Town Parks employees clearing debris from a wooded section of the park.

According to Greenwich Police Captain Robert Berry, the remains initially found were only a partial set. The additional search was not based on any new information, but was conducted in order to be as thorough as possible.

Therefore, he said, “We wanted to re-check the areas originally done and expand the search to a larger area.”

Berry said the additional search was not based on any new information. Rather, he explained the idea was to be as thorough as possible.

Police also had remote access to the experts at the  Connecticut Office of the Chief Medical Examiner (OCME).

“We were on scene for about six hours,” he said. “We continue to investigate the human remains in conjunction with the OCME.”

Detectives are actively investigating the case. Please forward any information to the Greenwich Police Dept anonymous tip line at 1-800-372-1176 or at: [email protected]