In the wake of a half dozen or more near-hits or actual collisions with emergency vehicles on Connecticut’s interstates – the latest occurring Sunday night on I-95 in Guilford – AAA Northeast is urging motorists to be aware of Connecticut’s “Slow Down, Move Over” law.

The law requires drivers to slow down and, if possible, move over, when they see emergency vehicles parked on the road’s shoulder.

Since early January, there have been numerous situations in which state police officers, emergency vehicles, and tow truck drivers have faced brushes with death on Connecticut highways after they stopped to offer assistance to injured or disabled motorists.

“Emergency personnel put themselves in harm’s way daily to assist those in need,” said AAA Northeast Fran Mayko, spokesperson in a release. “The least other drivers can do is respect their presence on roadways.” 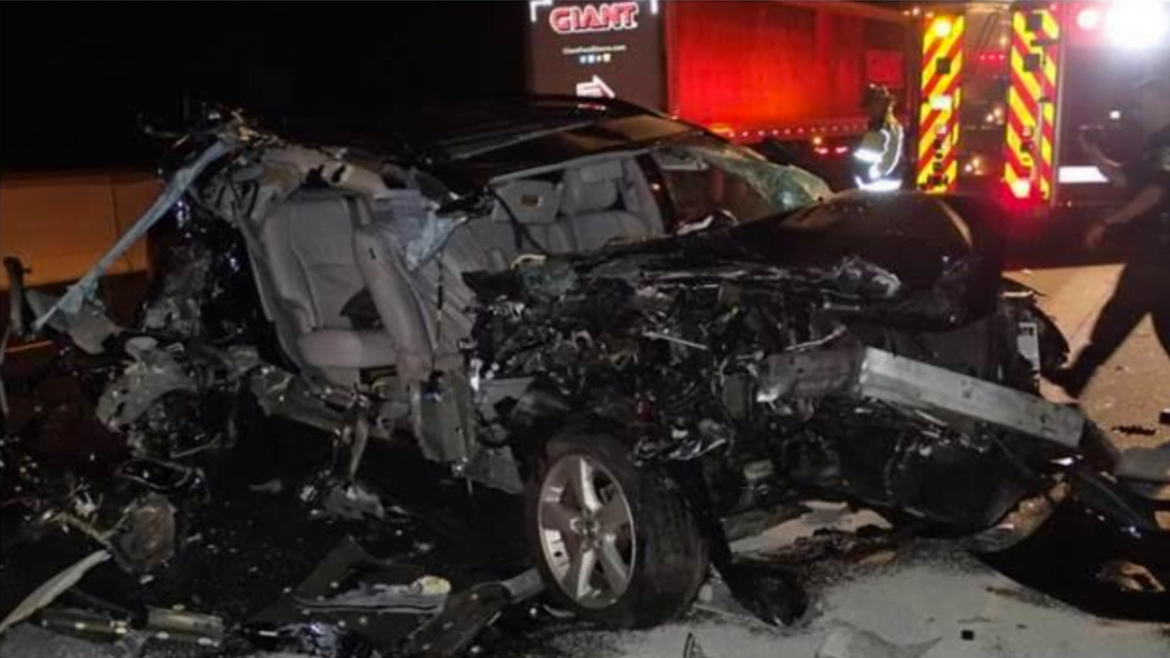 A sports utility vehicle was severely damaged on I-95 north in Westport after the car collided with a flatbed truck in June 20216. Photo courtesy Westport Police

Last June, a AAA Northeast tow truck driver escaped injury – and death – in a violent crash involving a AAA flat-bed, a disabled SUV and the driver of a 2005 Lexus.

According to police reports, the incident occurred after the AAA flat-bed driver responded to a night service call on I-95 in Westport. A young Lexus driver swerved from the right lane into the right shoulder and crashed into the AAA super-duty flat-bed wrecker, parked on the shoulder with its emergency lights flashing.

The impact pushed the wrecker partially over the guardrail, the police reported. The heavily damaged SUV spun out and came to a rest in the center lane. Its two occupants sustained injuries. All vehicles had to be towed from the scene.

A public hearing before the Legislature’s Transportation Committee is scheduled Wednesday to hear three bills calling for the strengthening and expanding of the state’s existing Slow Down, Move Over law.