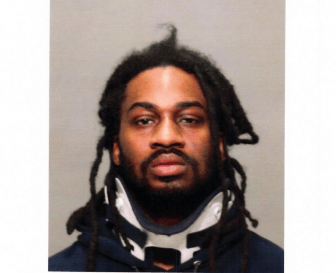 On Jan 31, 2020 Greenwich Police stopped a car in the area of West Elm Street and Benedict Place that was displaying the license plate of a different car. The driver, later identified as Isiah Freeman, 31, of Mt Vernon, NY, did not have any photo ID or means of positively identifying himself.

He was placed under arrest for Improper Use of the License Plate. While at Greenwich Police headquarters, Mr. Freeman, continued to provide officers a fictitious name during the course of investigation. He also signed official documents with the fake name.

Through the fingerprint machine and additional investigation, Freeman was positively identified.

He was also charged with Interfering with an Officer/Resisting Arrest, Forgery 2 and Criminal Impersonation.