The Greenwich Professional Fire Fighters Twitter feed reported news of a fire at 376 Greenwich Ave. The building houses The National.

According to the tweet, the fire was in restaurant duct work.

At 11:30am, Police were diverting traffic from lower Greenwich Ave by the Apple store, left onto Fawcett Place.

In an update on the Greenwich Professional Fire Fighters Twitter feed, by 11:30, said, “fire was knocked down, checking for extension, relocating companies downtown.” 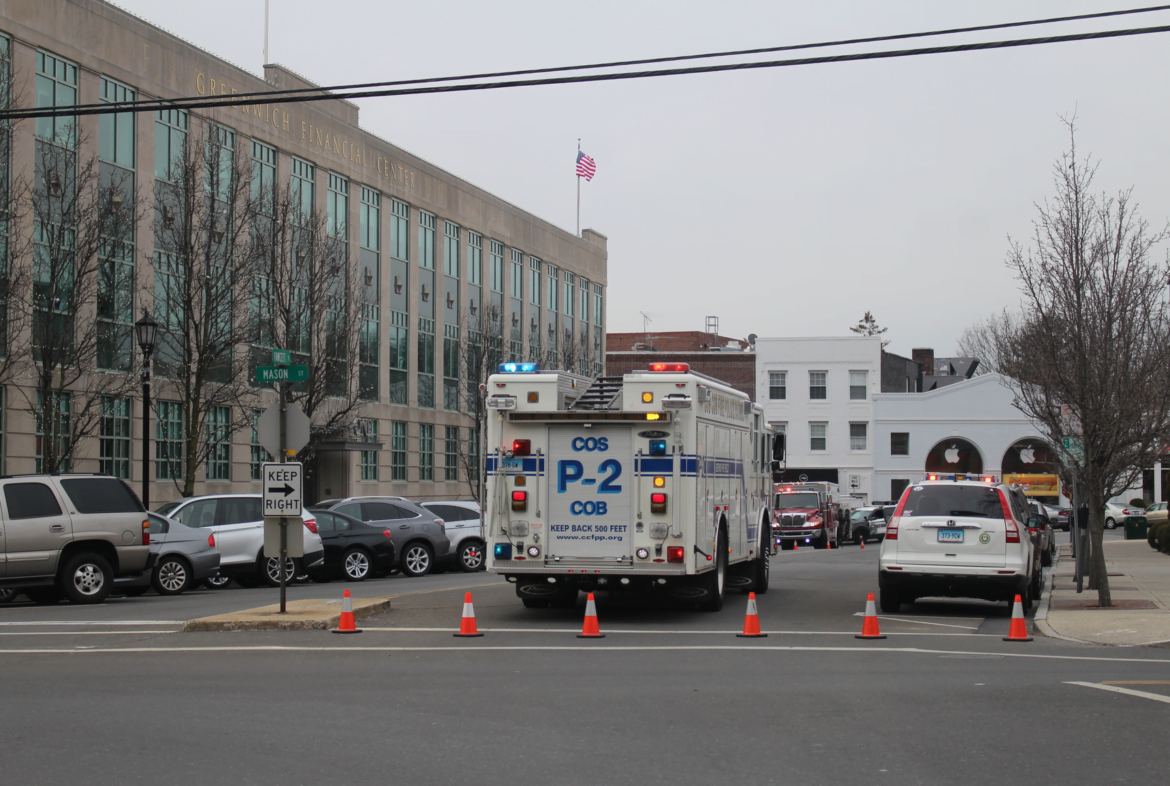