Greenwich Police have released the name of the victim in Sunday night’s hit and run fatality at the intersection of Hillside and East Putnam Ave.

“Investigators continue to follow all leads. However we have tentatively identified the hit and run operator. The investigation remains open and no further information will be released prior to a warrant being issued.”

“The incident was called in by a Greenwich Police officer, who had just gone off duty and found the victim laying there in the road,” said Lt. Gray, who added that the initial investigation of the accident was done in the overnight hours, and would continue on Monday.

Lt. Gray said that details including the name of the victim will be released at 11:30 on Tuesday.

“It was dark. Whoever was involved in the accident – their conscience may be getting the better of them,” Lt. Gray said, adding that Greenwich Police have some leads they are following. “If anybody noticed a neighbor’s car with some damage on it, we’d like to hear from them.”

On Sunday night, April 17, at about 11:00pm, a 43-year-old Greenwich man was struck and killed by a hit and run driver on East Putnam Avenue by Hillside Road.

The man’s identity is being withheld at this time pending notification of his family.

Evidence at the scene has identified the suspect vehicle as a 2006 or later Mercedes Benz M Class with a (damaged) silver honeycomb grill with the Mercedes Benz logo in the center of it. The damage to the grill is to the right side. At this time the vehicle color is unknown.

Investigators from the Fatal Accident Reconstruction Team are following up all leads. Anyone with any information is asked to call lead investigator, Officer Roger Drenth at (203) 622-8014. 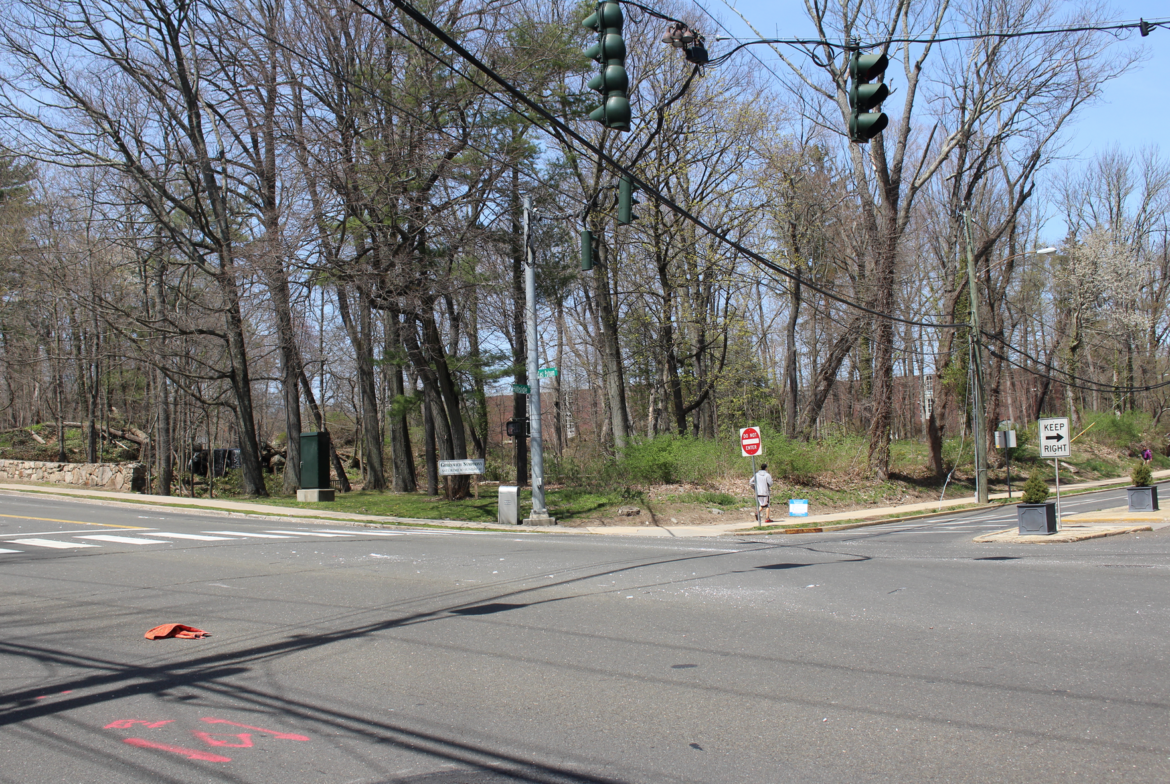 Remnants of flares on East Putnam Ave at intersection with Hillside, where a fatal hit and run took place on Sunday, April 17. Credit: Leslie Yager