On Monday morning Greenwich native Steve Frano was sworn in as Greenwich’s newest member of the town’s police force.

“We are lucky to have the most well trained, dedicated and pleasant people working in Greenwich’s emergency services,” said First Selectman Peter Tesei who also serves as the commissioner of Police.

Chief Heavey said Steven Frano’s grandfather had been a Greenwich Police officer, and that his badge, number 115, was later issued to Officer Officer Solomon. Solomon swapped his badge for number 110 in order for Officer Frano to have his grandfather’s badge number.

Heavey said Frano’s grandfather retired from the force at the age of 52 after 24 years of service to the Town. He attended New Lebanon School and Greenwich High School, and later enlisted in the Air Force on Jan 1, 1943. He saw action in Europe as a radio gunner, flying 69 missions, and was also trained as a military police officer, discharged in 1945 with the rank of Staff Sergeant.

When he joined Greenwich Police on Nov 7, 1949 he served in both the traffic and patrol divisions.

Chief Heavey said in one incident, while walking in Byram and learning about a large, out-of-town gang bent on assaulting a local group of youths, Frano’s grandfather commandeered a car from a passing motorist and single-handedly took into the entire gang into custody, holding them until other officers arrived.

“When they arrested them they had numerous bats, chains and knives. He obviously averted a pretty bad disaster,” Heavey said, adding that in the year 1961 Frano’s grandfather put out a fire at the Pickwick Arms hotel on St. Patricks Day, and in a separate incident responded to a significant gas explosion the Two Door Restaurant in Chickahominy.  Frano’s grandfather was also commended for his actions in 1954 during Hurricane Hazel.

Steven Frano, graduated from GHS in 2002 and received a BS from Sacred Heart University.

Previously, he worked for Cowell Excavating for 13 years. Frano is already an EMT, certified in Connecticut.

“Having children really made me want to be more actively involved in the community,” Frano said. “I wanted my children to see a father who was making a positive impact on where they are growing up.” 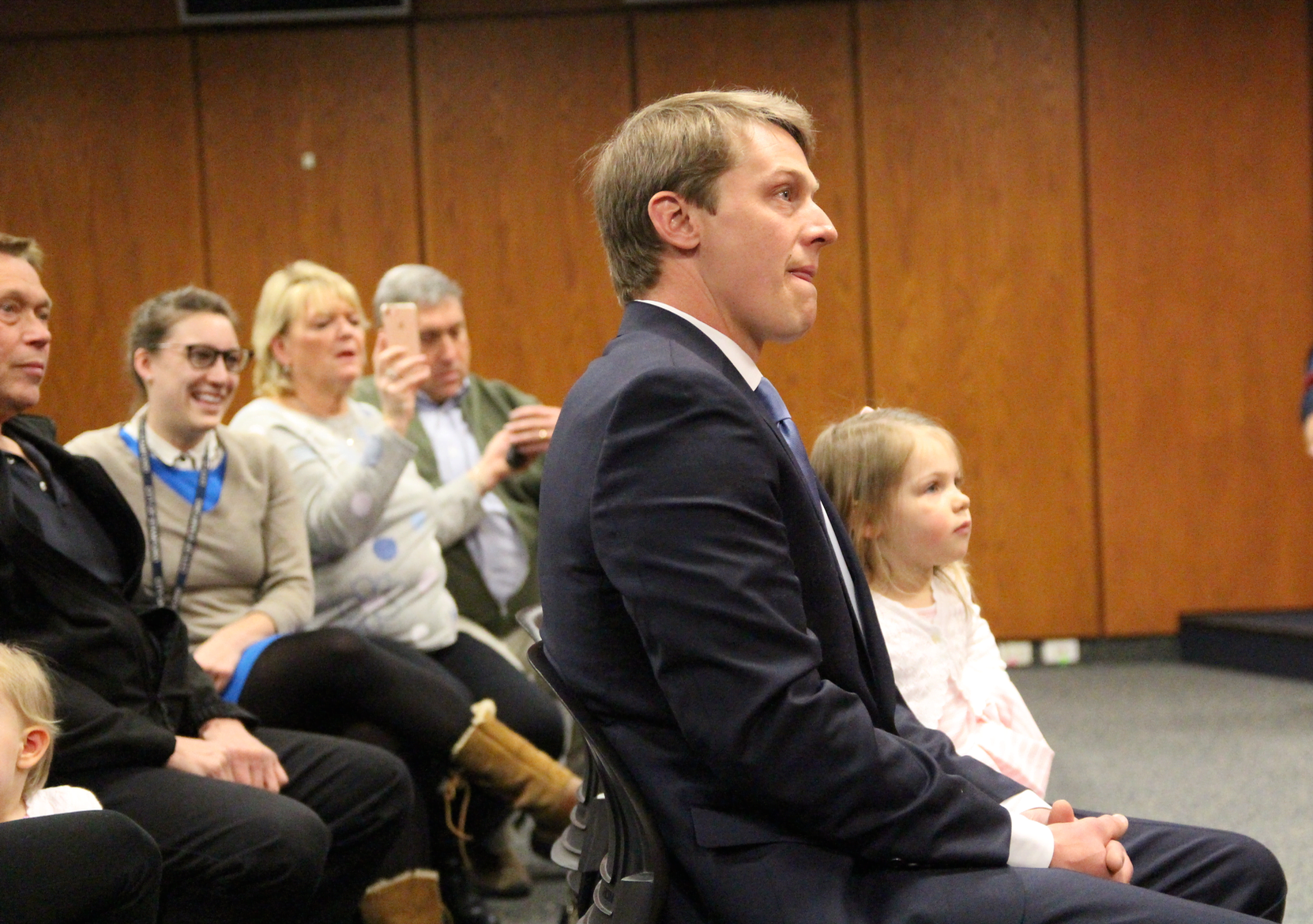 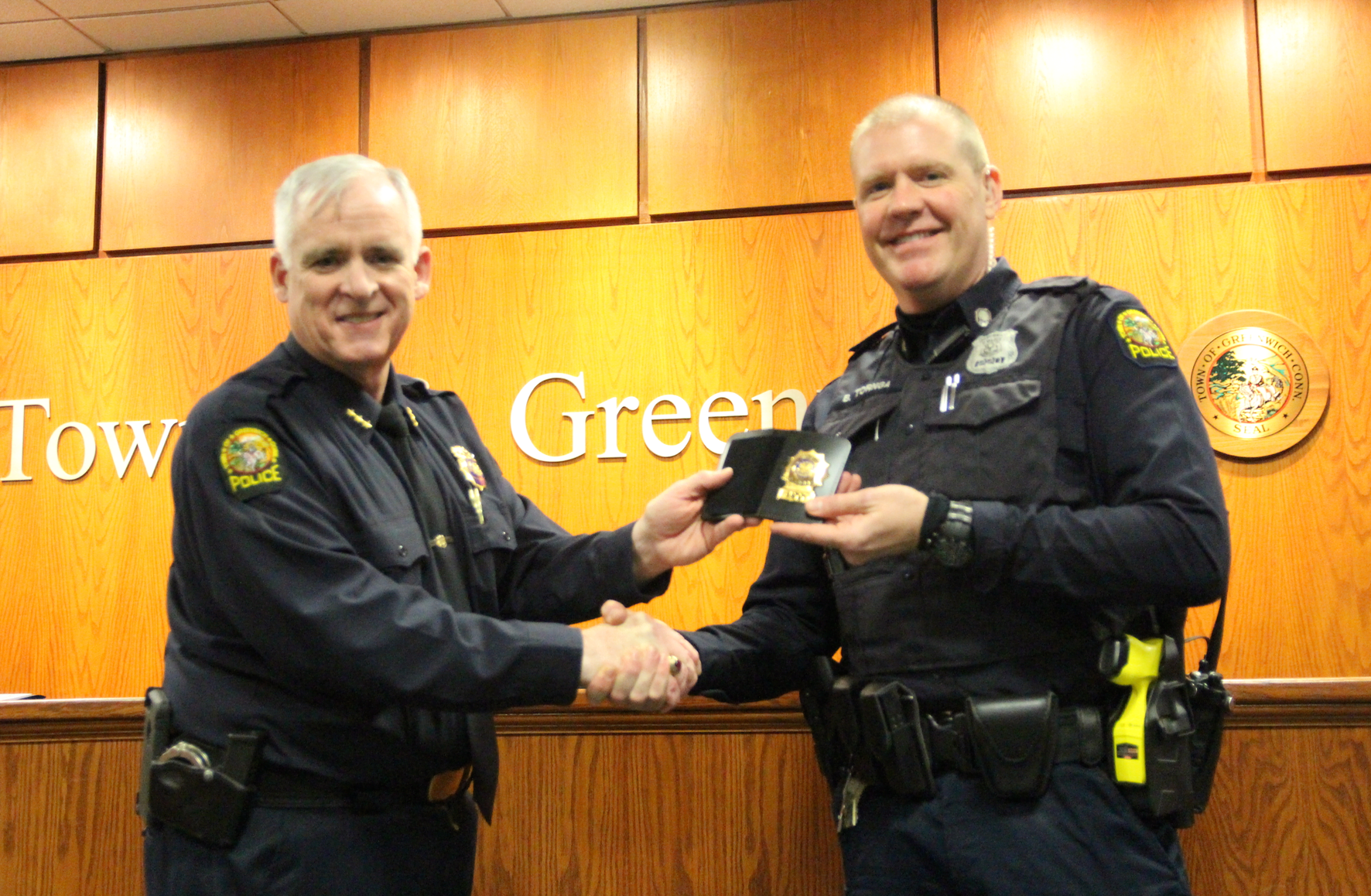 Also, on Monday, Officer Brian Tornga was promoted to MPO, which is short for Master Police officer. MPOs are required to have several specific areas of expertise, including training as EMTs and in accident scene investigation. 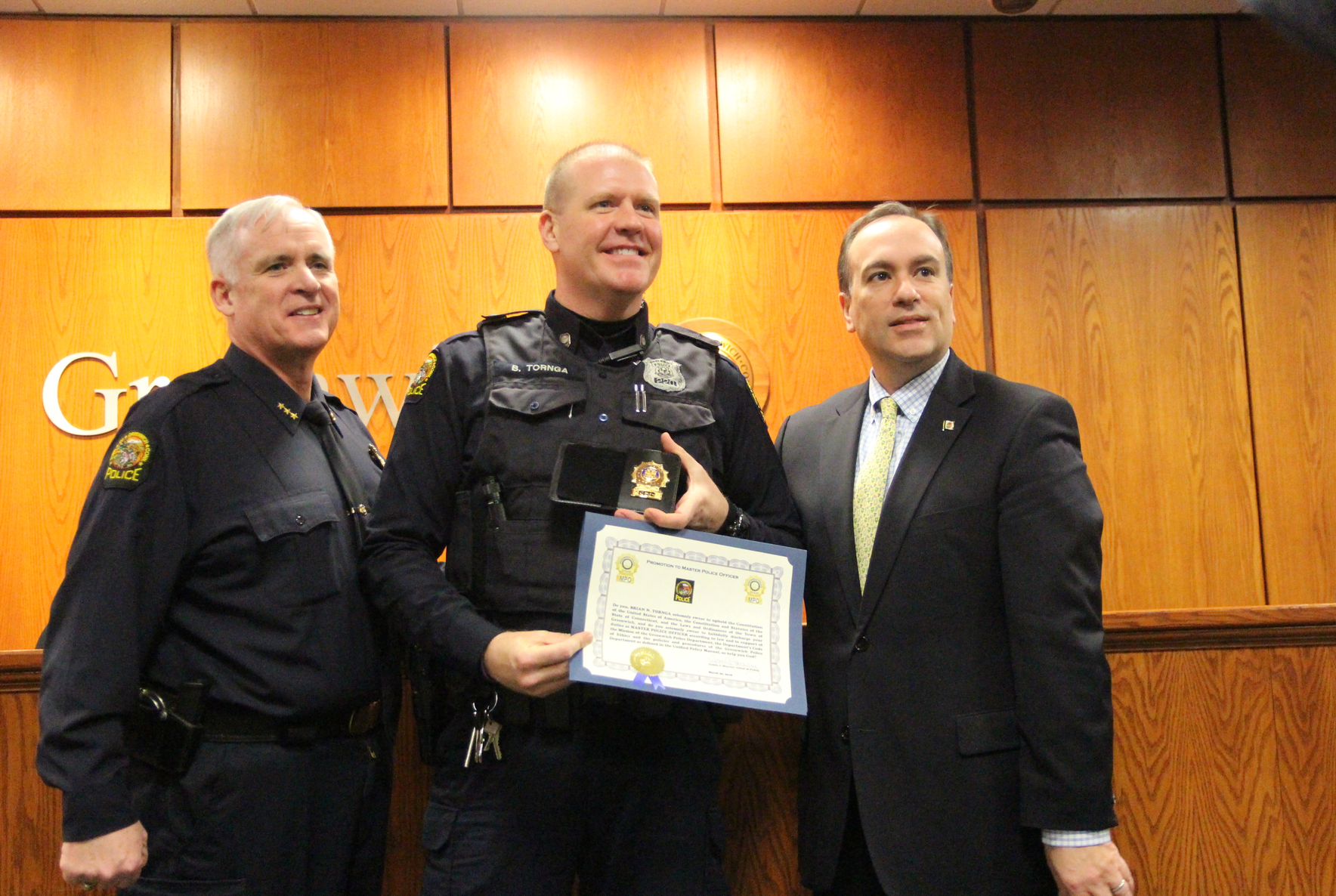 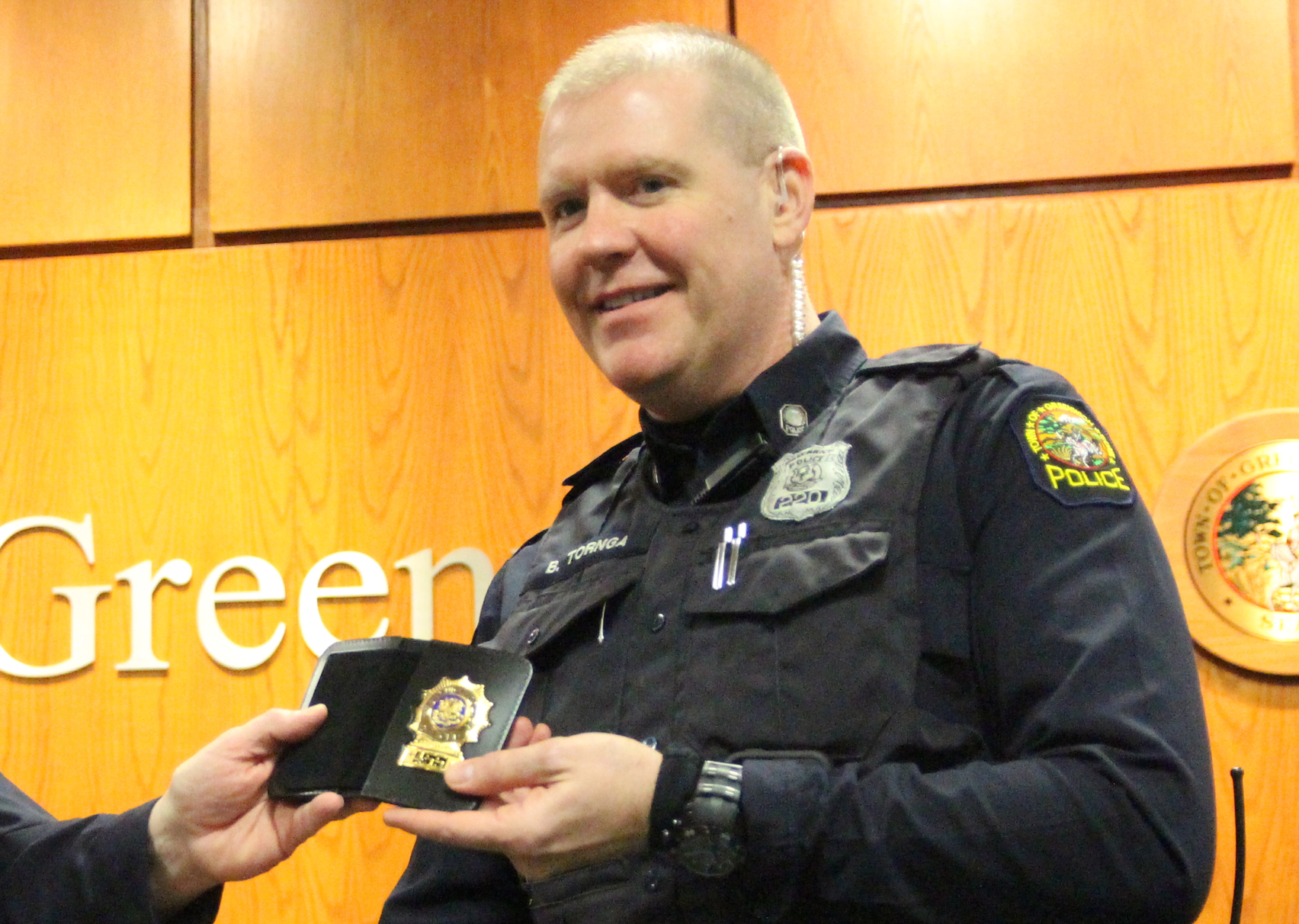