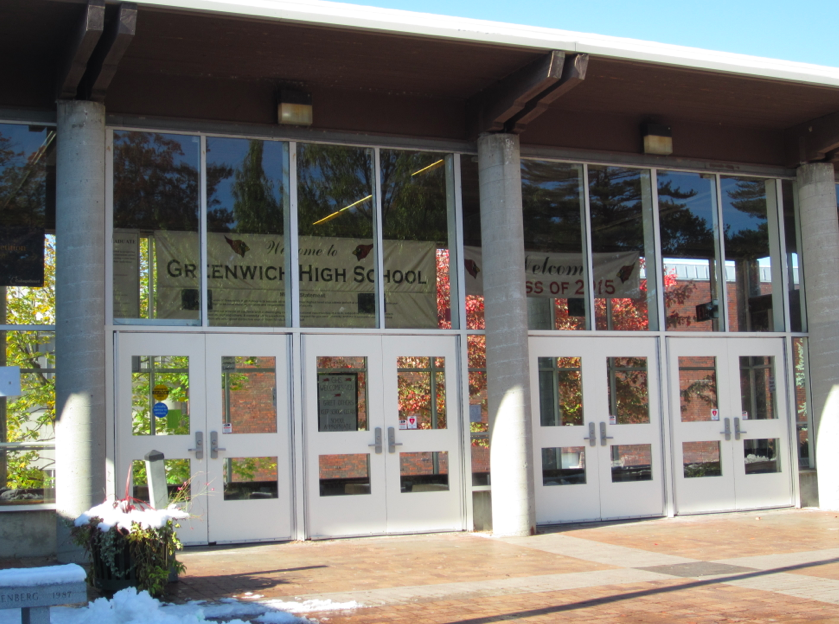 On Tuesday, Dec. 2, approximately 2:15 PM two students were involved in a fight in the Student Center at Greenwich High School.

According to a police report, School Resource Officer Carlos Franco was the investigation officer. The incident took place once classes had concluded for the day.

Julian Zarate, 18, of 54 Weaver St, approached Aris Villadiego, 18, of 249 Glenville Rd in a menacing manner and pushed him, which caused the two to become engaged in a physical altercation, according to the police report.

The two were separated by their friends. Zarate left the area but came back to retrieve his coat. Villadiego was still being held by his friends, preventing him from back after Zarate. Villadiego was able to break free from the people holding him and went after Zarate who was some distance away. Villadiego swung several punches at Zarate before they were separated again. No injuries were sustained. Zarate and Villadiego are former friends and this altercation was over alleged comments made about a past personal relationship.

According to Greenwich Police, after the altercation, Zarate noticed three small cuts in his coat. Investigation revealed Villadiego had in his right hand a small 2.5″ utility knife.

Zarate was issued a Criminal Infraction for Creating a Public Distrubance, which carries a $103.00 fine.

Villadiego was charged with Carrying & Sale of a Dangerous Weapon, Breach of Peace in 2nd degree, and Reckless Endangerment in the 2nd degree. He has a court date in Stamford Superior Court on Dec. 10, 2014.