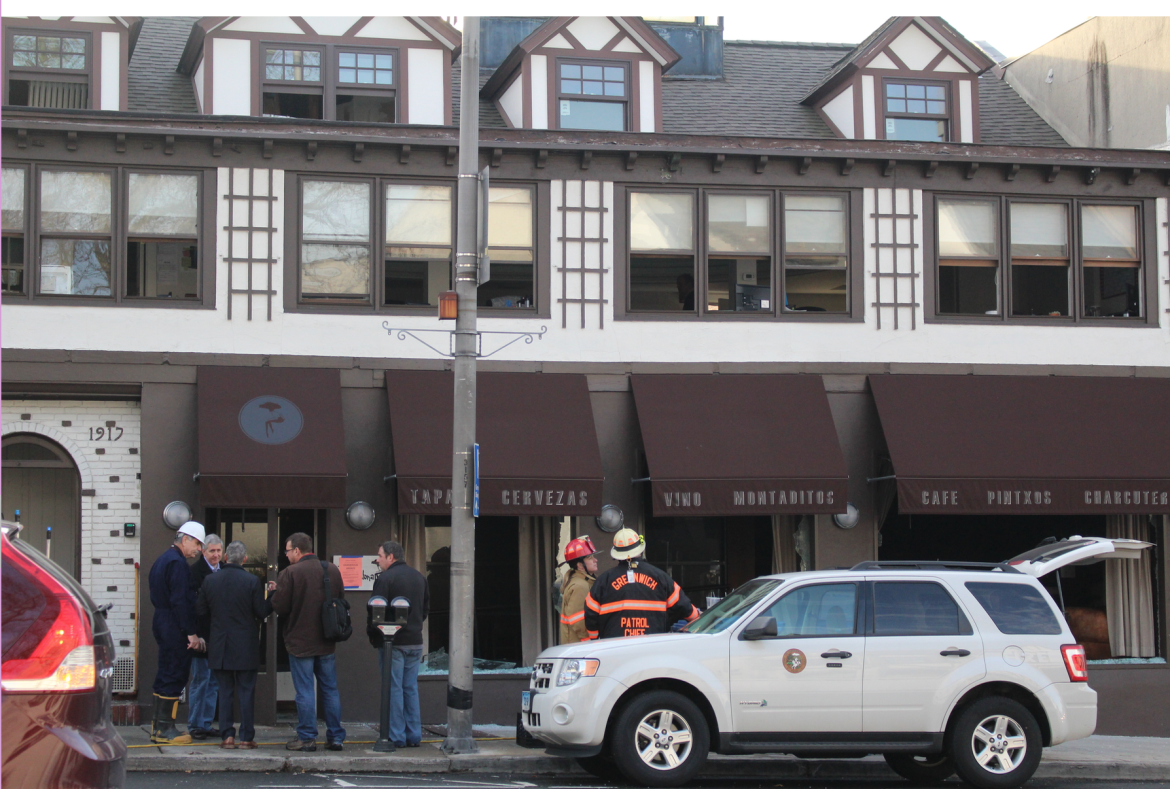 A fire broke out at Barcelona Restaurant and Wine Bar at 18 West Putnam Ave early Thursday morning. Greenwich Fire Marshal Shawn McDonnell, interviewed on scene at 8:00am, said one company called the fire in at 5:14am.

“We found the fire and extinguished it,” McDonnell said, adding that no one was injured as there was no one in the restaurant or upstairs offices at the time of the blaze. However, he said residents in the adjacent building were put out of their apartments.

“Now we are trying to get the origin and cause,” he said, adding that the building has been posted as dangerous and unsafe. With an acrid smell hanging in the air and shattered glass on the sidewalk, Greenwich Police and Cos Cob Fire Police Patrol were on scene to deal with the aftermath.

“We’ll take things apart to determine the origin and cause,” McDonnell said. “Until then no one can get inside.”

As drivers paused in traffic to check out the scene, the alarm at Greenwich Running Company blasted out a warning, “Burglary, Burglary, Burglary. You have violated an area protected by a security system. Leave the area immediately.” 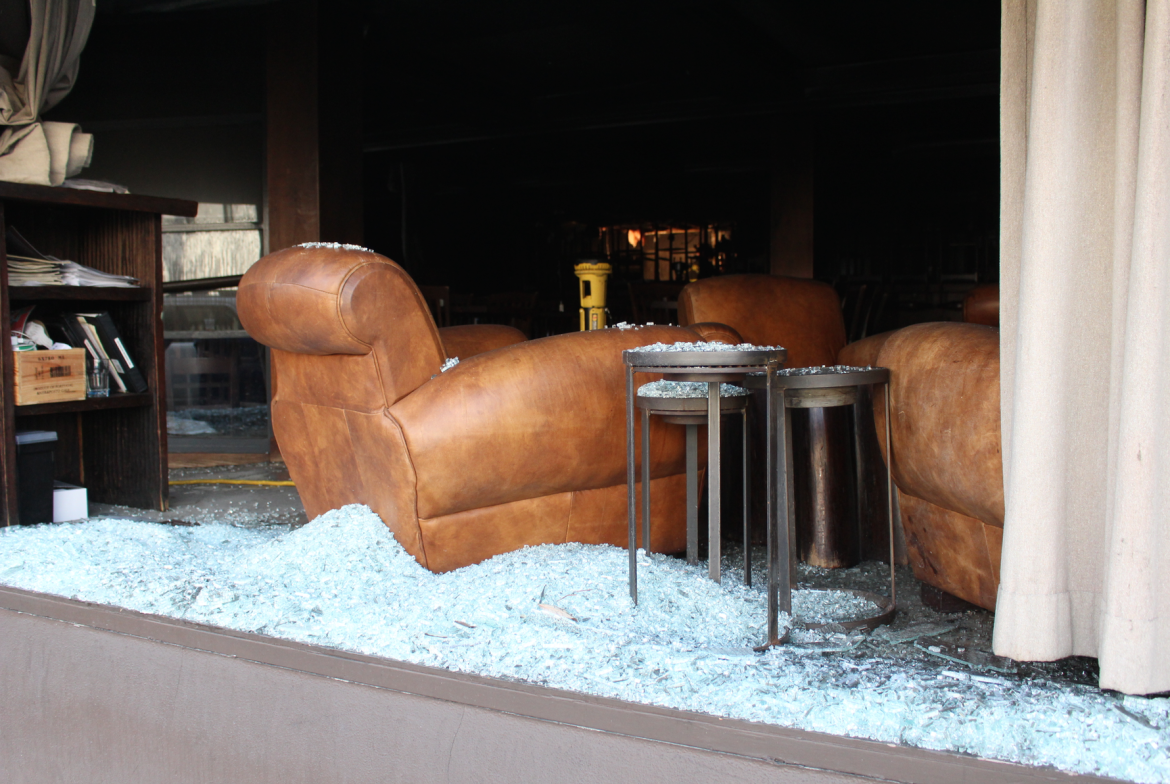 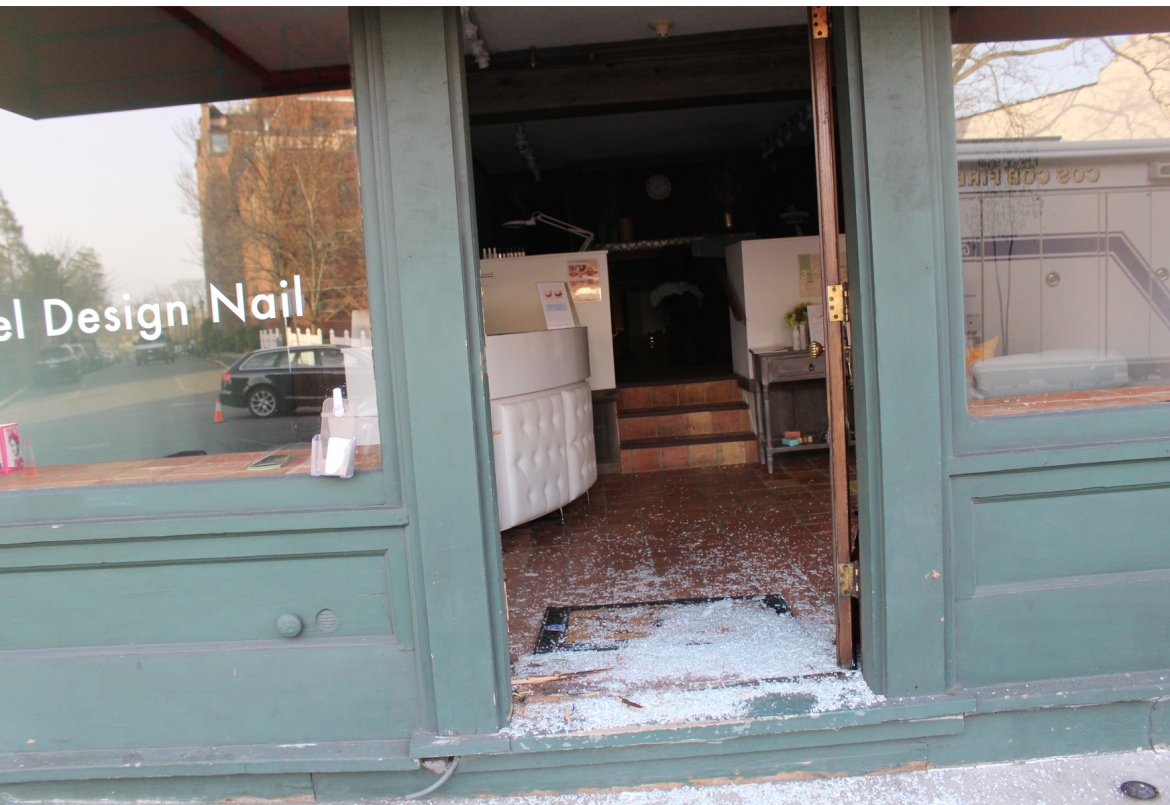 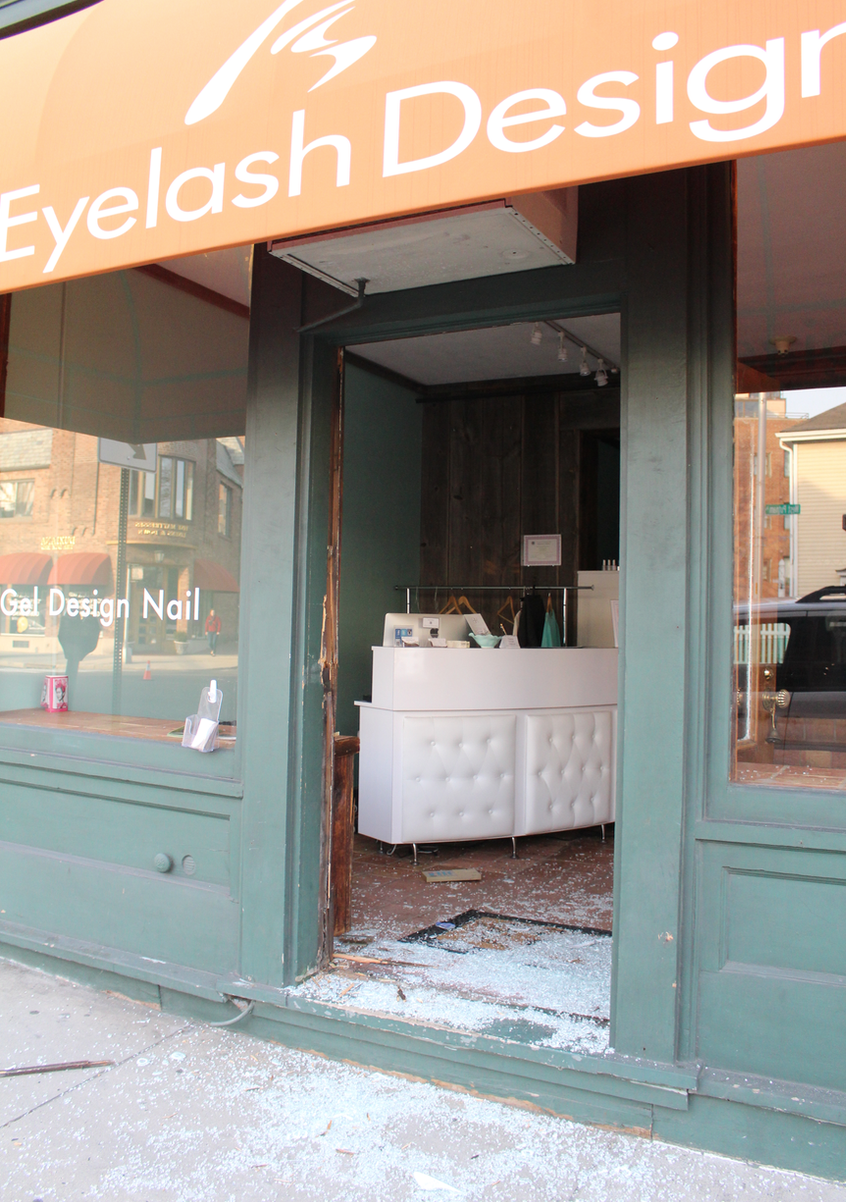 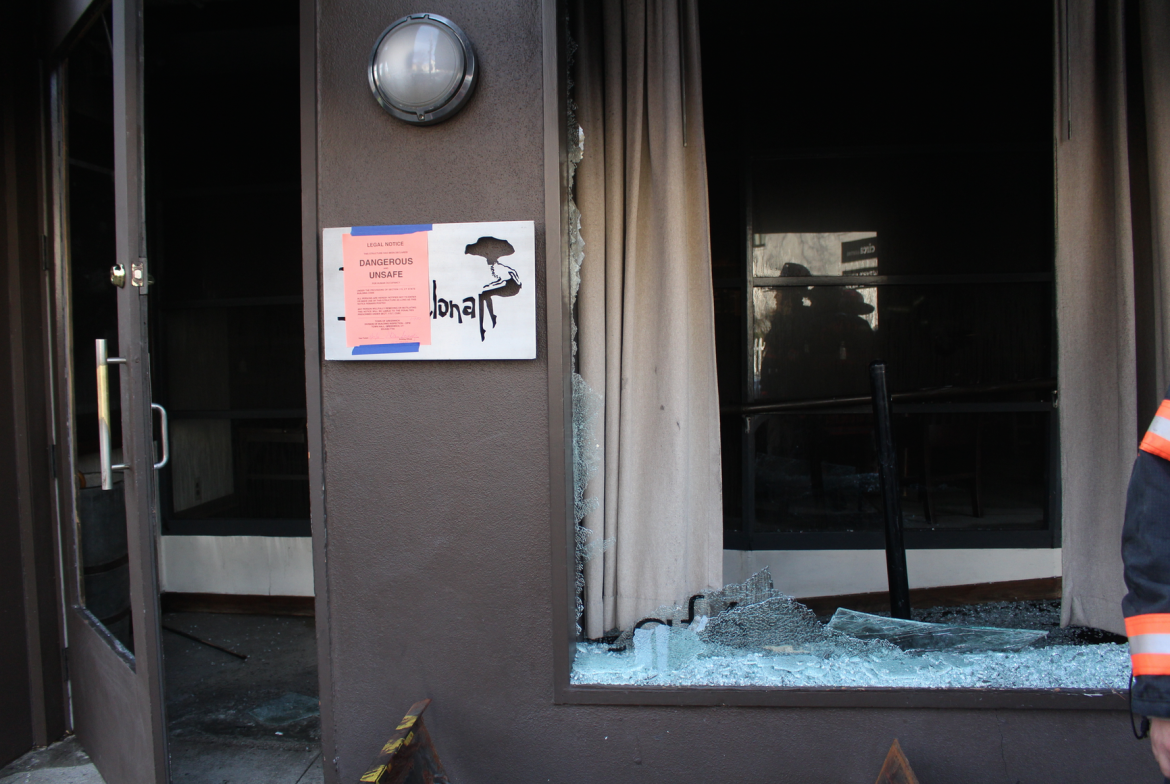 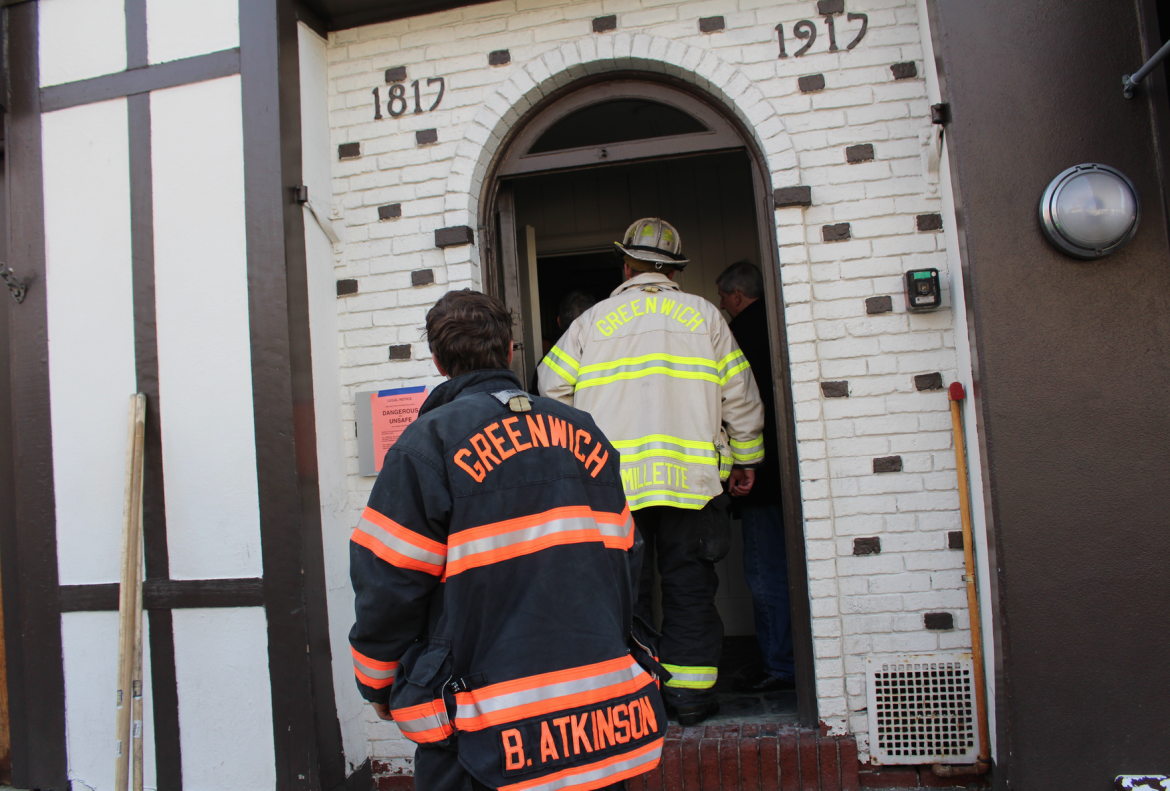 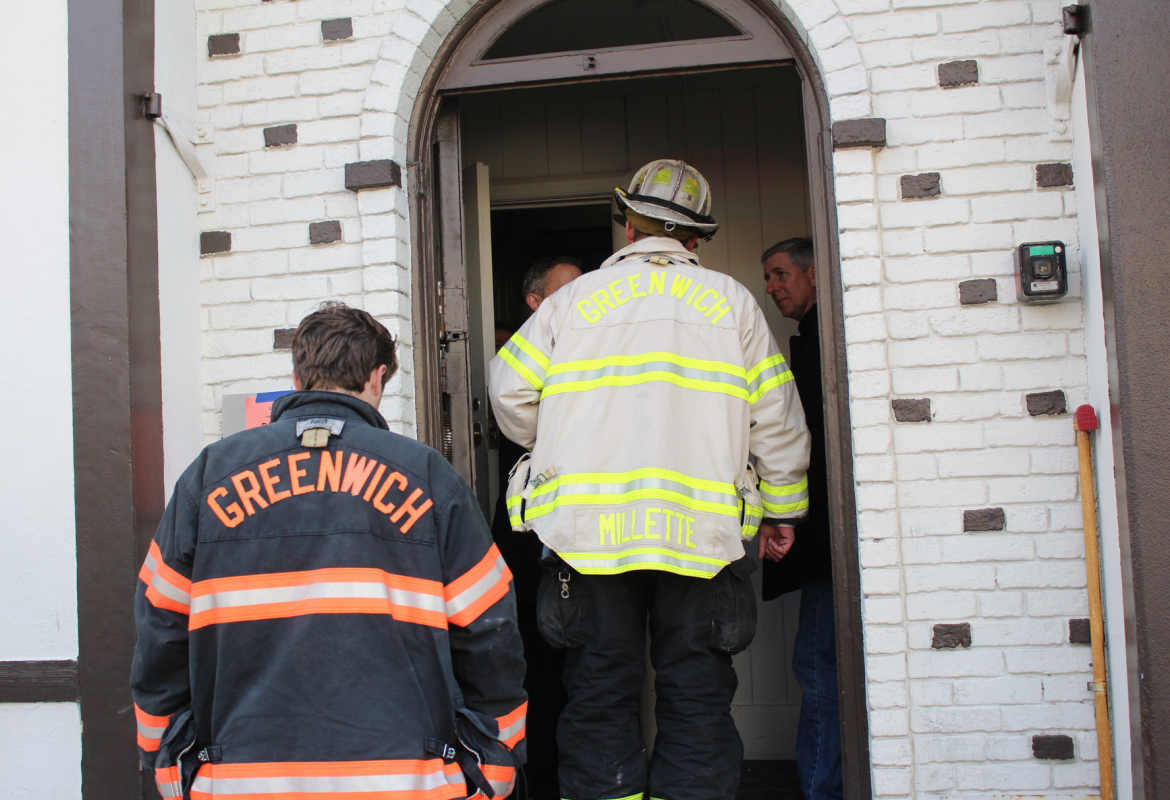 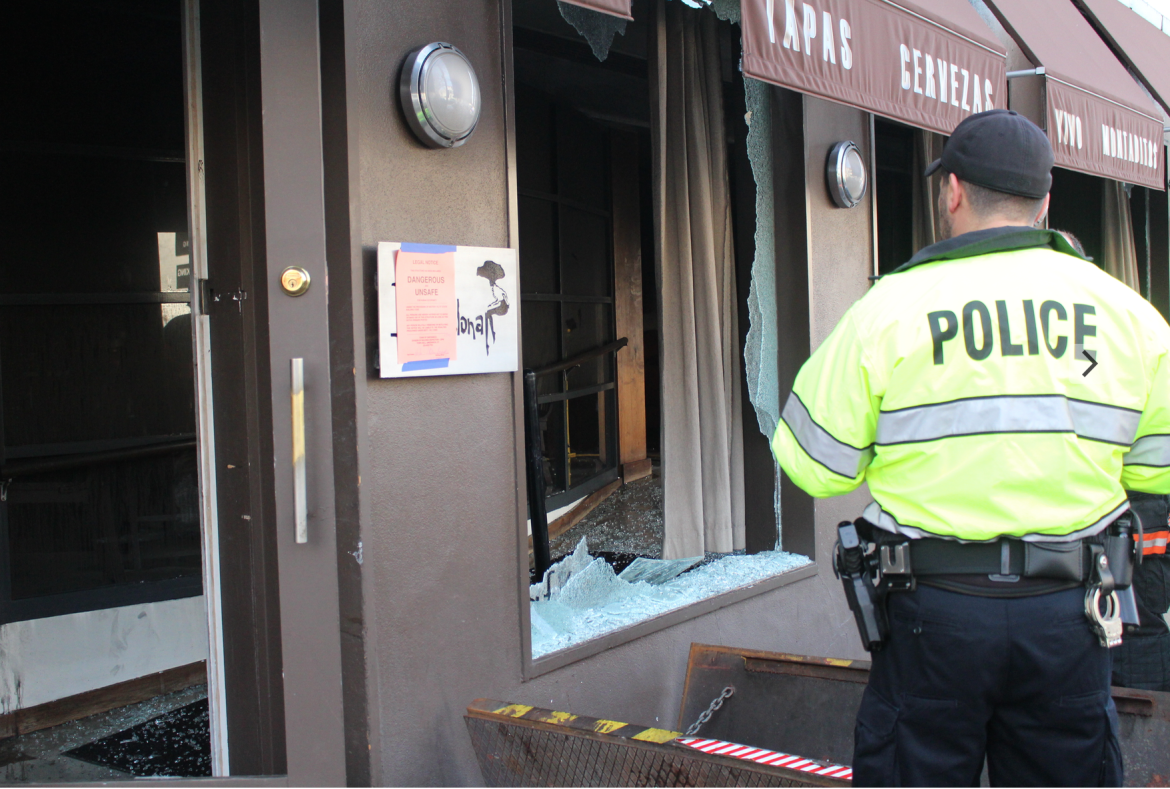 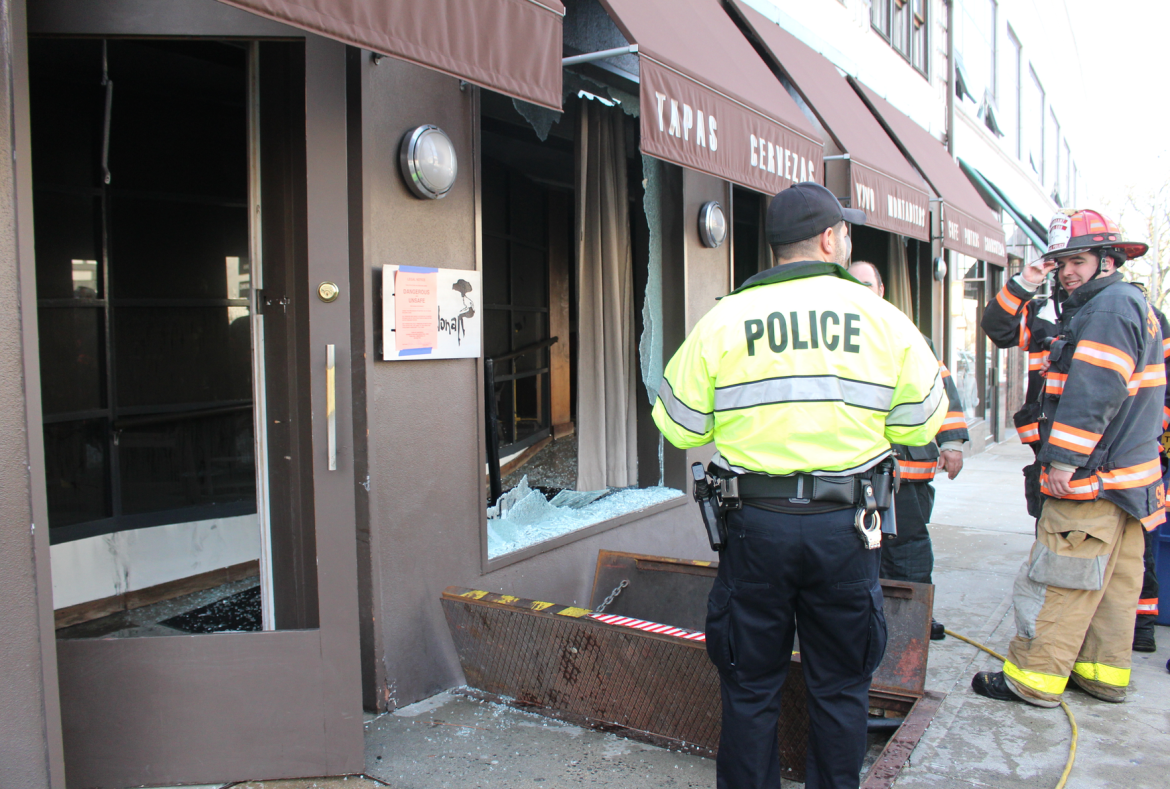 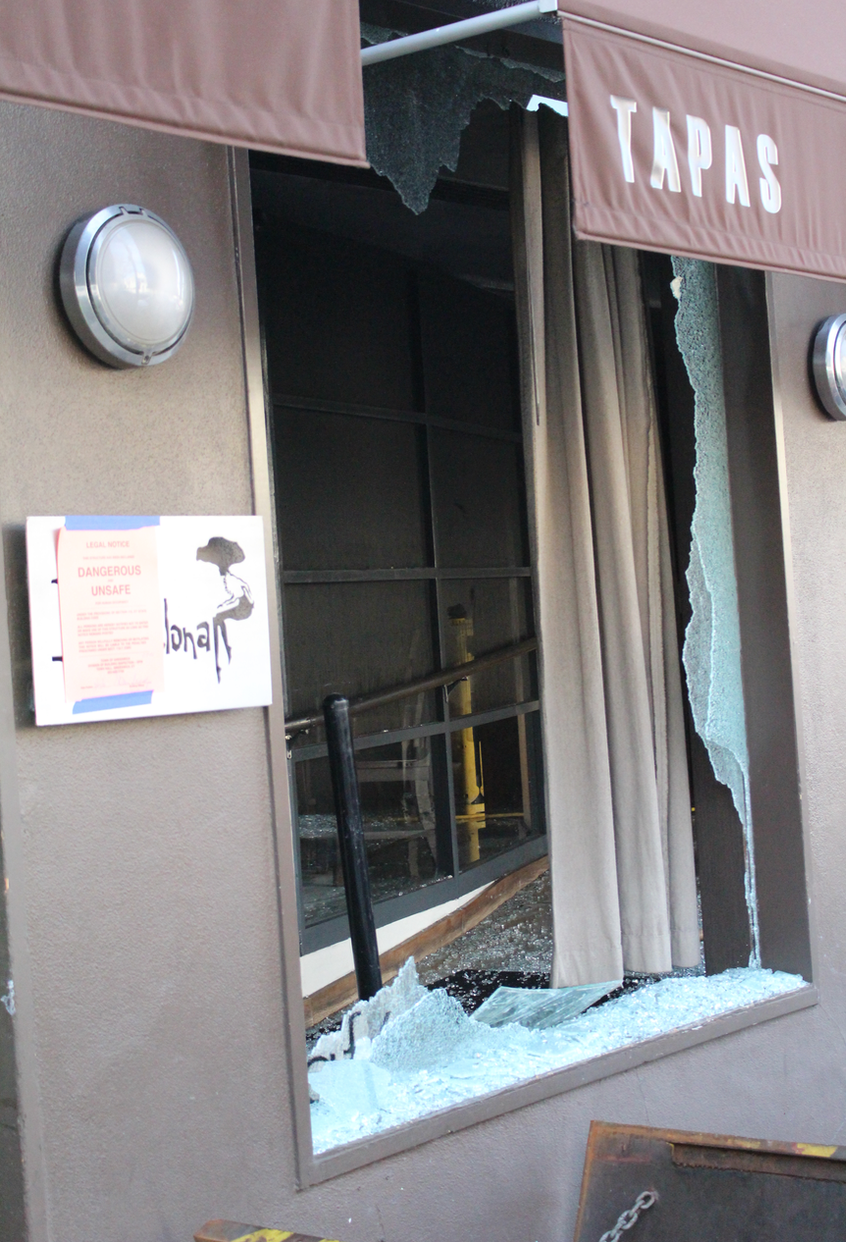 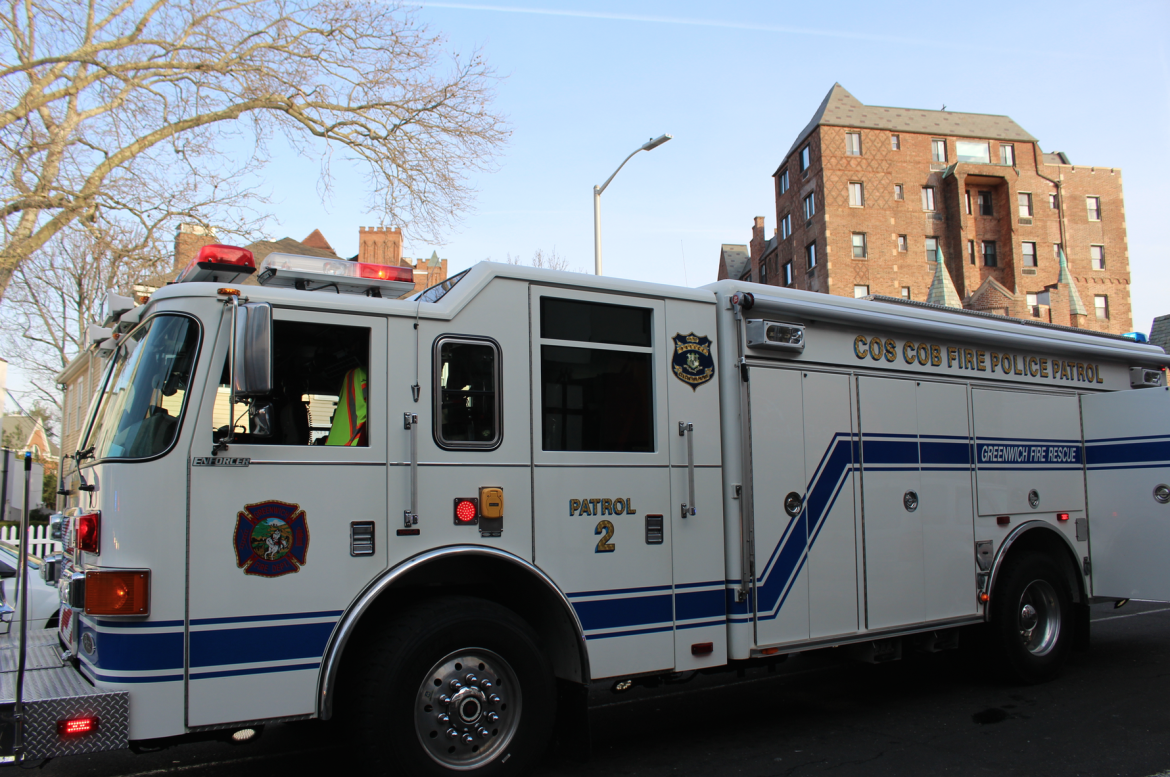 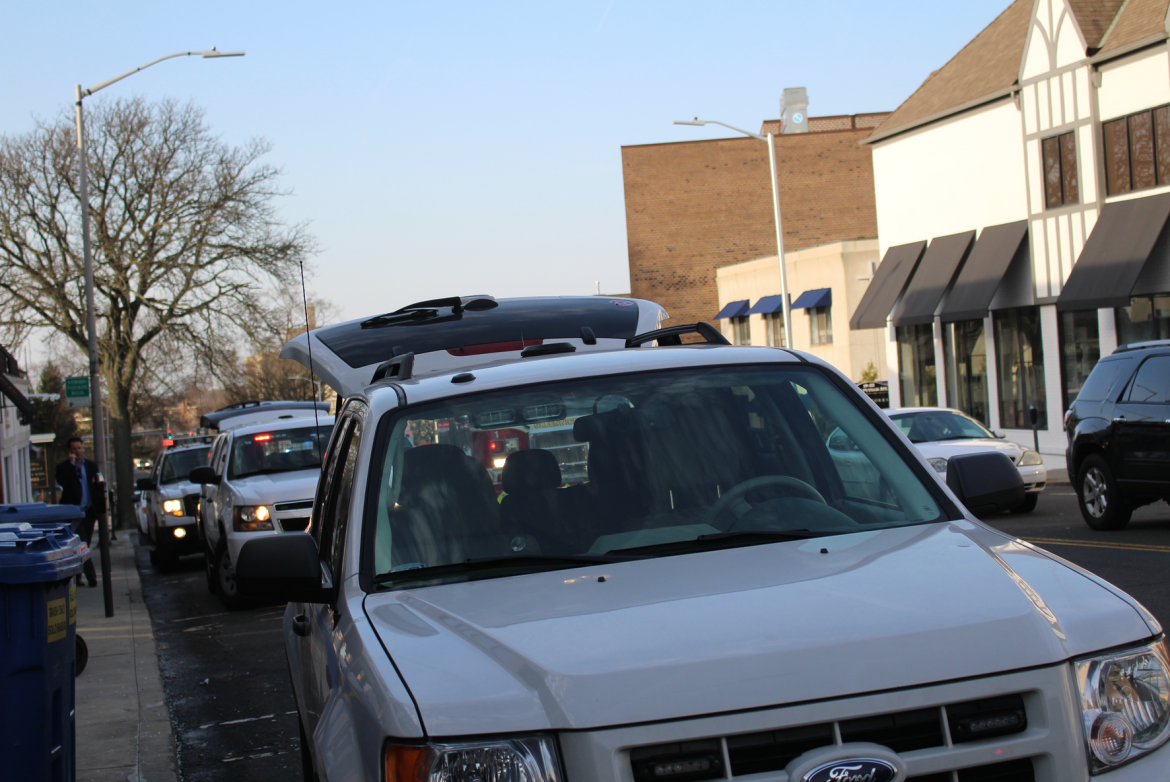 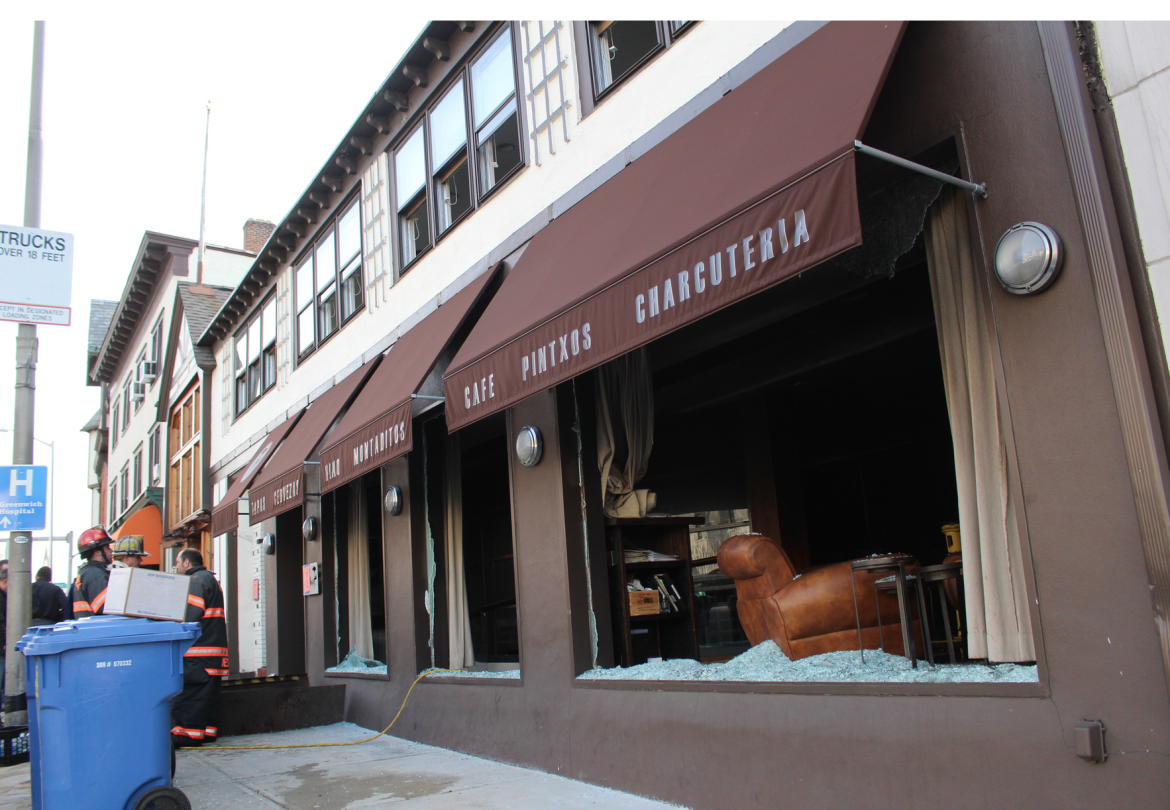