This report was originally published on sister site Darienite.com

When a 57-year-old Greenwich man refused to pay his bill at a downtown Darien restaurant Friday night, Darien Police said the dispute eventually led to the man kicking a police officer in the groin, getting arrested and returning to the restaurant to get his lost wallet — resulting in another argument, violence, call to police and charges.

All within three hours.

Darien police described what happened with this account, including accusations not proven in court. All quotes are from the police announcement on Tuesday: 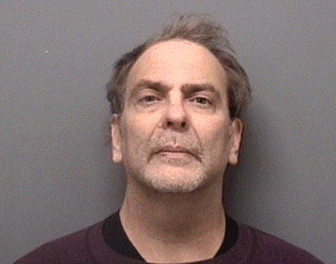 Andrew Herz of Flower Lane in Greenwich ate  with another person at The Goose restaurant, 972 Post Rd and refused to pay his bill.

The police announcement did not say what reason Herz gave, if any, but Herz didn’t immediately leave the restaurant after talking to the restaurant manager, who tried to make arrangements for eventual payment.

Herz made “threatening remarks” to the manager, who told Herz that he’d be calling police about the situation. Herz then became “increasingly verbally abusive.” Police were called at 9:04 pm.

Police then tried to make arrangements with Herz to pay his bill, “but Herz continued to be unreasonable and verbally abusive.” Police then told him they were going to arrest him.

He resisted being handcuffed, and that caused a commotion in the restaurant. As officers struggled with Herz, he struck one in the groin, but the officer did not sustain an injury.

Eventually, police got Herz under control and took him to Police headquarters on charges of Larceny 6, Interfering with an Officer, Breach of Peace and Threatening. He was later released on a promise to appear in court.

Herz then went back to the restaurant to get his car keys and other personal belongings.

Restaurant employees told Herz that they did not have any of his possessions, which led to Herz become “verbally abusive” and spit on two of them.

He also threw rocks at the restaurant windows, according to the employees.

Police were called at 11:40 pm and Herz denied the employees’ version of what happened (the police announcement did not give particulars of his version). A restaurant patron confirmed the employee’s version.

Police told Herz that none of his belongings were in the restaurant, and he was issued a misdemeanor summons charging him with another count of Breach of Peace. He is scheduled to appear March 3 on all the charges.

Herz is known to Greenwich police. On January 6, 2020 Herz was charged with Breach of Peace  and Criminal Mischief 2 after allegedly throwing rocks at a Lyft driver’s car and breaking its windshield after the driver declined to give him a ride.