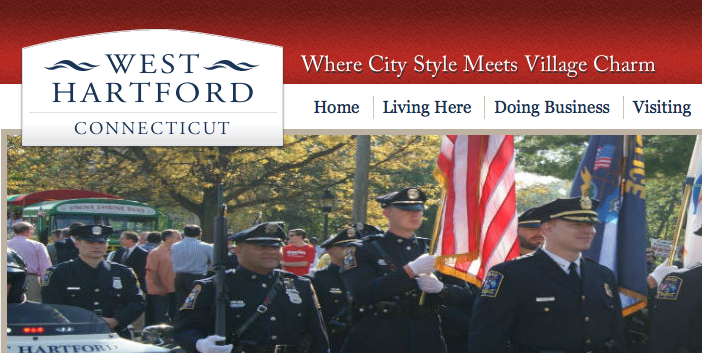 Tracey G. Gove, the West Hartford Police Chief, responded to a story in The Atlantic (April 14), “I was Racially Profiled in My Own Driveway.” The story, written by former Major League Baseball Player Doug Glanville who is now an ESPN sports analyst has been shared 23 thousand times on Facebook.

Gove shared his letter on Greenwich Police Facebook page with the note ‘Please share widely.’ (Gove’s full op ed piece appears below, though The Atlantic and The Courant requested a shortened version.)

A recent article in the Atlantic Monthly has focused the national spotlight on the Town of West Hartford. This time it wasn’t about the Town’s vibrant community, its award winning schools, or its trendy restaurants, but, rather, its police department which was characterized as biased and unprofessional. After nearly two decades of experience with this agency I know that nothing could be further from the truth. It started me thinking,however, about bias and the danger of assumptions.

The West Hartford Police Department responded to more than 60,000 calls for service last year. Every one of those calls was important to the person who made it and was equally important to us. You call. We come. No matter what. That’s our commitment to you.

Recently we received a 911 call from a resident at 10:06 p.m. who
complained about a male banging on the front door demanding that he be let in to speak with her. The resident had previously hired this man, via a door to door solicitation, to clear her driveway of snow. She was unsatisfied because, although paid, he never finished the job. The resident was scared and concerned about the late hour, noted that the man had acted peculiarly in the past, so the police were called. Officers were unable to locate the individual but advised neighbors to call if he returned so that he could be warned, at the resident’s request, to have no
future contact.

A week later, at 2:56 p.m., the man did return and a neighbor called the police. An officer responded, obtained a description of the man and began to look for him. A few blocks away he found Douglas Glanville, a man who closely matched that description and who was shoveling a driveway. The officer stopped his cruiser and asked Mr. Glanville whether he was shoveling driveways for money. Mr. Glanville explained that he was shoveling his own driveway and the officer moved on. The man who police were looking for was then found in the neighborhood. He was a convicted felon with a lengthy criminal history currently on probation for previously
committing a larceny in West Hartford.

Our officer took the call seriously. He responded appropriately. He
looked for the man who was described and when he found someone matching the description, he followed up with a question. He was right to ask the question and was right to move on when he got his answer. What he didn’t do was take the time to explain why he was asking. And that’s what brings me to the subject of assumptions.

We do not profile people here. That’s not who we are as a department or as a town. To the officer, the race of the person he was talking to was nothing more than one part of an overall description of a particular individual, along with the general description of his clothes and the fact that he was carrying a snow shovel. To Mr. Glanville, his race seemed to be the only reason for the inquiry. Plainly, we have a lot of work left to overcome such assumptions.

I’m proud to be the Chief of the West Hartford Police Department. I was proud to be a member of this department before I became its chief and I know that every other member of this department feels the same way. The careful recruiting and thoughtful training we do with our officers make this one of the best, most modern and progressive police departments anywhere. Despite how West Hartford is often portrayed, everyone in this department understands that ours is a racially, ethnically and culturally diverse community where over 70 languages are spoken. We work hard to respect every individual we meet because we understand that respect should never be a byproduct of race or religion, age or orientation. We understand that homeowners in our community don’t all look the same. For that matter, we also understand that a man offering to shovel driveways for a few bucks – even one with a criminal record – may simply be struggling to earn an honorable living and deserves our respect.

We understand that because we’ve had all the same life experiences you’ve had. We’re Black, White and Hispanic too. We’re men and women. We come from families who have struggled. We have hobbies and lives outside work. But all that some people see is the uniform. Some people assume we’re the same cops they might have dealt with in another time or place. Others assume we’re the same cops they ran into thirty years ago, before many of our officers were even born. They assume that we don’t have good reasons for our actions. Although they know the world has changed, some assume that the police haven’t.