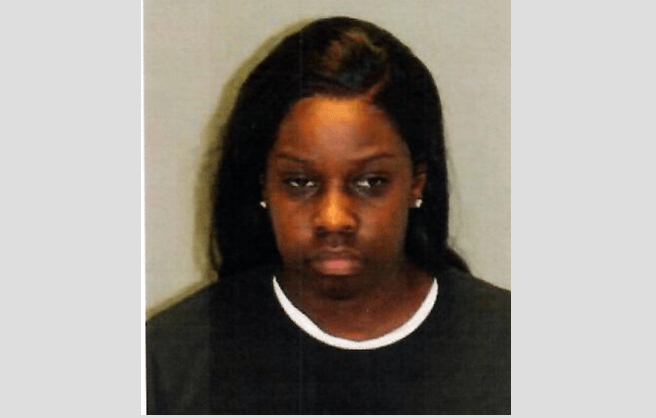 The day after Christmas Greenwich Police stopped a 2011 Infiniti M37X on Greenwich Avenue with heavily tinted windows and smelled marijuana coming from the car.

Just a week earlier, heavily tinted windows of a BMW led to a stop in Byram that resulted in drugs charges for the driver.

But unlike the Dec 17 incident in Byram, in which the suspect engaged the police officer in a foot chase through Byram Park, the suspect on Greenwich Avenue stayed put.

Around 2:00pm on Dec 26, Greenwich Police stopped the Infinity with heavily tinted windows and detected the odor of marijuana. A search was conducted of the vehicle which turned up a magnetic anti-theft retail device used for the purpose of removing security tags from clothing. The device was found inside a bag belonging to a passenger in the vehicle, Nickesha N Green, 30, of 311 Hollister Ave in Bridgeport.

The device, which was engraved “Property of Alpha” and “Not for Resale,” had a steel security cable attached to it that was cut on one end. Police say Green has no affiliation with the company “Alpha” and no legitimate reason to have the device.

Officers also determined Green had been in the area with the intention of visiting retail stores with the device concealed within her bag.

A search incident to the arrest of Ms. Green found her to be in possession of 12 pills  identified as Amphetamine/Dextroamphetamine 20mg and 2 pills identified as Oxycodone Hydrochloride 10mg.

Both pills are DEA Schedule II controlled substances for which Green did not have a prescription.