At a talk by teen sleep experts on Tuesday night, about 100 parents filled the auditorium at Eastern Middle School.

Dr. Owens talked about napping strategies (napping is not a long-term substitute for getting enough sleep on a long term basis.) She talked about caffeine, referring to it as a potential gateway drug because teens grow to rely on it.

The experts talked about socio-economic disparity correlating to sleep deprivation.  Dr. Owens said, “students at earlier starting schools are more likely to belong to a minority, to be eligible for free lunches, and to have less educated parents.” 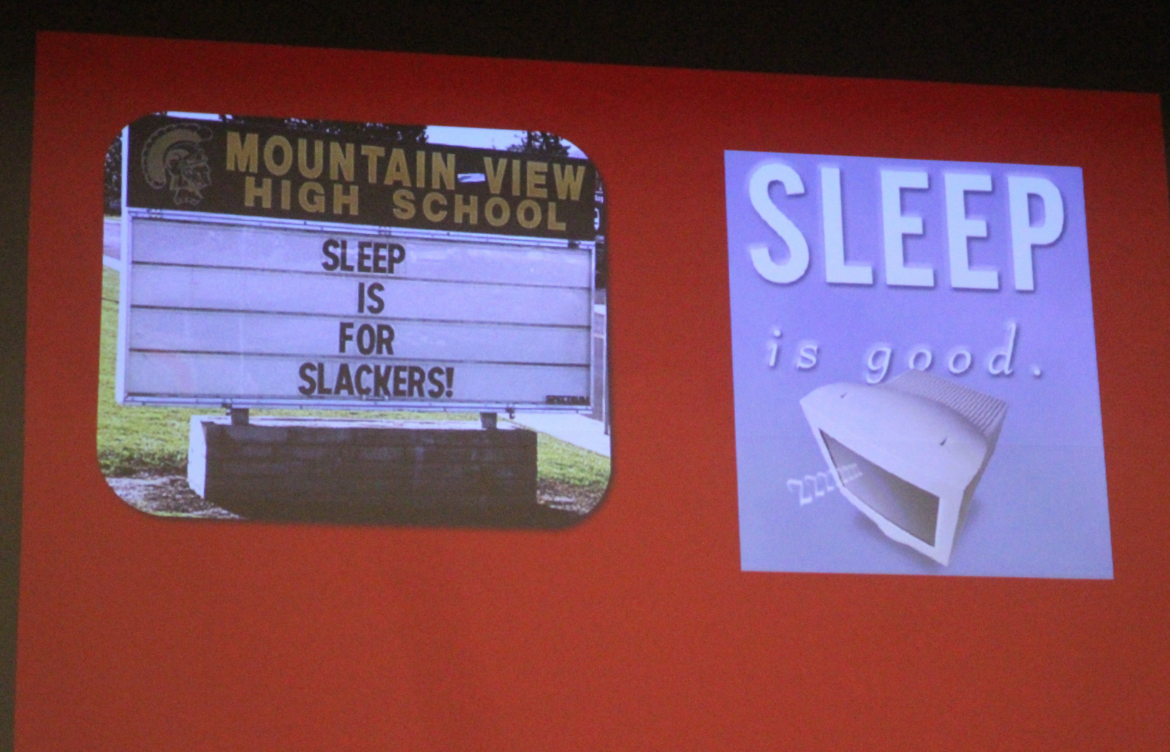 Dr. Owens said adolescents are biologically programmed to wake up at 8:00am or later. Early start times require teens to wake and function during their Circadian Nadir, which is the lowest level of alertness during the 24 hour day.

“We are waking up teens at the time at a time when their brains are telling them loudly and clearly to be asleep,” Owens said. “Early wake times selectively rob teens of REM sleep, which is fundamental to memory consolidation and learning of new information.”

Of the belief that it’s possible to “make up” sleep on weekends, Dr. Owens said that is associated with learning deficits, behavior problems in school, and does not address compromised alertness on school days. Nor does it reverse performance impairments. 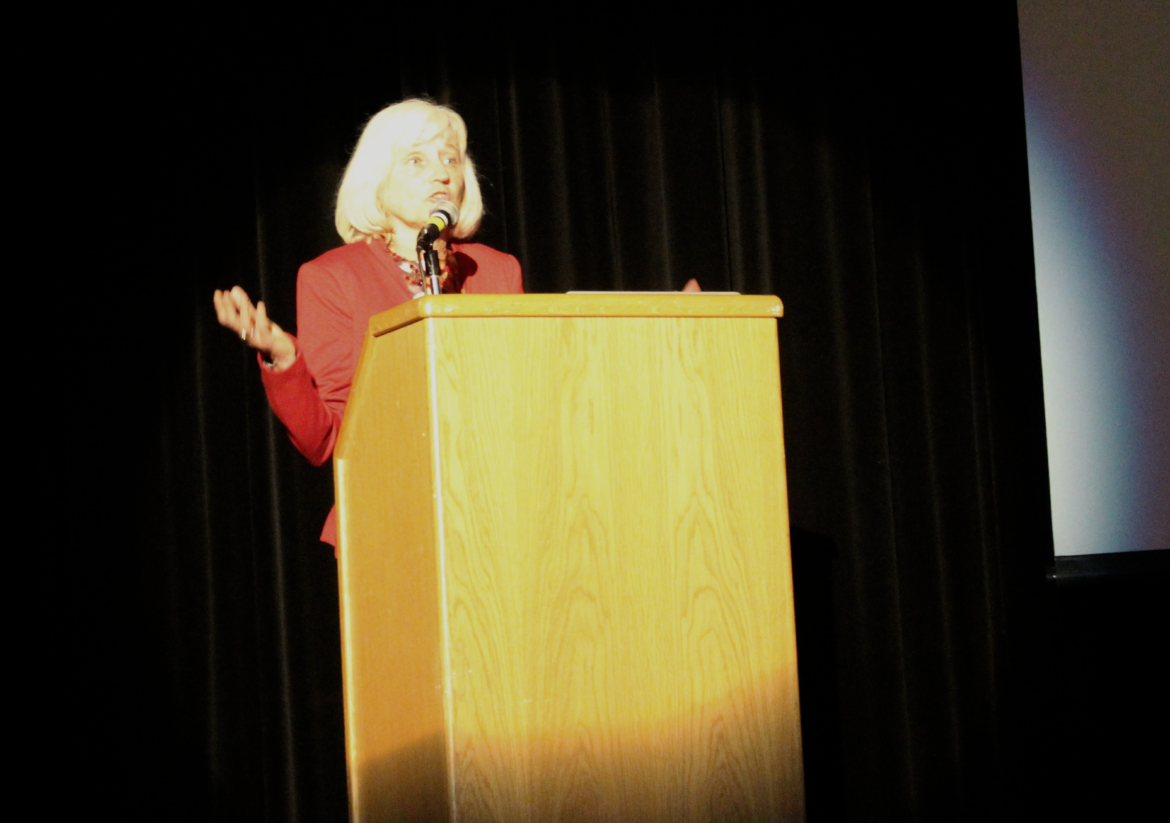 Owens referred to “weekend oversleep” as leading to circadian misalignment, which shifts melatonin onset, making it difficult to fall asleep on Sunday night. That, she said, results in a permanent state of “social jet lag.” She said the effect of weekend oversleep can persist up to three days and result in daytime sleepiness, poor academic performance and depressed mood.

Adolescents who are sleep deprived are more likely to report feeling depressed and have suicidal thoughts. Dr. Owens pointed to a 2010-12 Youth Risk Survey that said 40% of teens getting less than 6 hours of sleep report depression symptoms. Furthermore, Dr. Owens said research has shown that insufficient sleep is linked to greater risk taking behaviors. 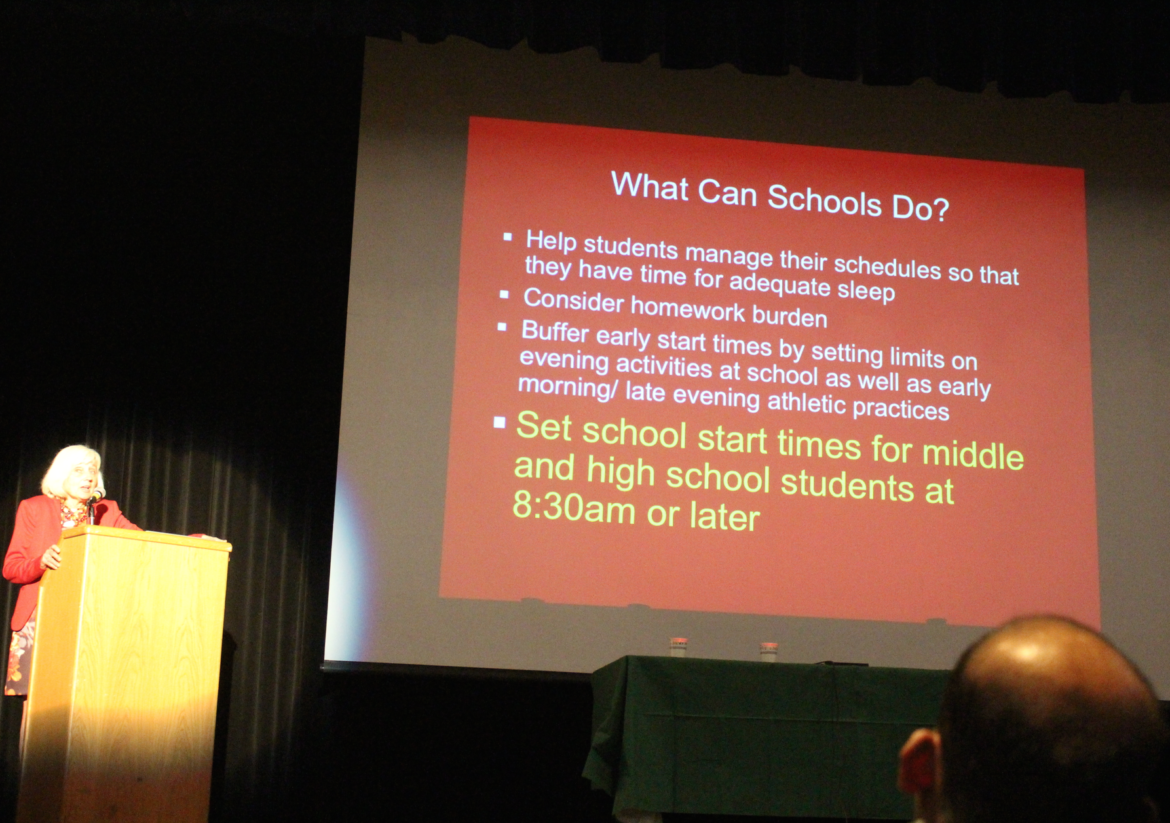 Dr. Owens said there is research revealed students reporting less daytime sleepiness, attendance goes up, tardiness goes down, drop-out rates decline, and both standardized tests improved and grades improved. Also, she said that in schools with later start time there was less self-reported depression and decreased visits to student health center. A surprise result of later start time has been that homework takes less time overall.

Teen Car Crash Rates
Dr. Owens said there have been several studies indicating a significant drop in adolescent car crashes in schools that have changed their start time.

She cited a comparison between schools in Virginia Beach vs Chesapeake – adjacent counties in VA with very similar demographics –  7:20 versus 8:40am start time, adolescent crashes rates were 40% higher at the earlier starting school, and peaked an earlier hour, (during the time students were driving themselves to school.) And, Owens said, the CDC studied results in three states, and found a reduction in crash rates by as much as 60% in schools that changed their start time.

“It’s hard to imagine another public health measure that could have that dramatic and immediate impact on student health. To me this really is a public health issue rather than an academic issue.” – Dr. Judith Owens 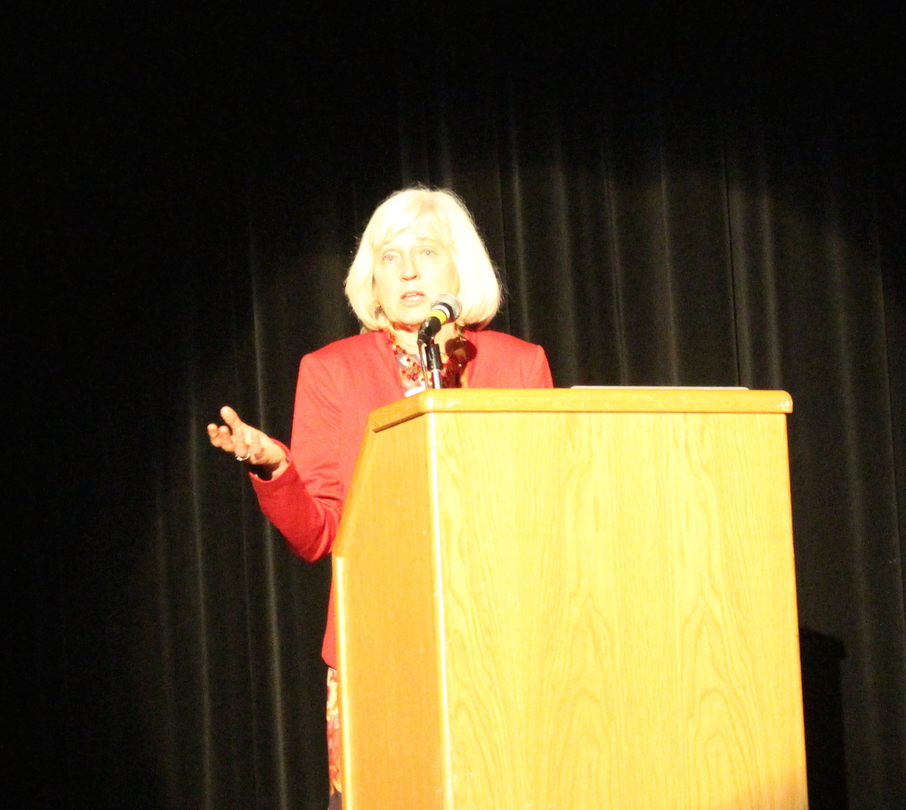 Dr. Canapari agreed, adding that sees patients from Greenwich at his clinic in Norwalk.

“I know the stereotype of Greenwich is not true.  There is a wide socio-economic group of people in this town. We know that less advantaged kids in Norwalk receive an academic benefit from later start times, whereas high achieving kids are not.”

But, he said his understanding is that that sleep deprivation is a mechanism that’s a function of economic disparity, but it also perpetuates it. He used the example of the child who stays with his grandmother while his parent works until 11:00pm.

“This is a social justice issue, as well as a health issue,” Canapari said. “A way to make everyone healthier is to make sure they have enough sleep. It effects the achievement gap.”

Dr. Owens summed up the essential nature of sleep to as it relates to health, safety, productivity and well-being, pointing out that adequate sleep is just as important as good nutrition and physical activity. 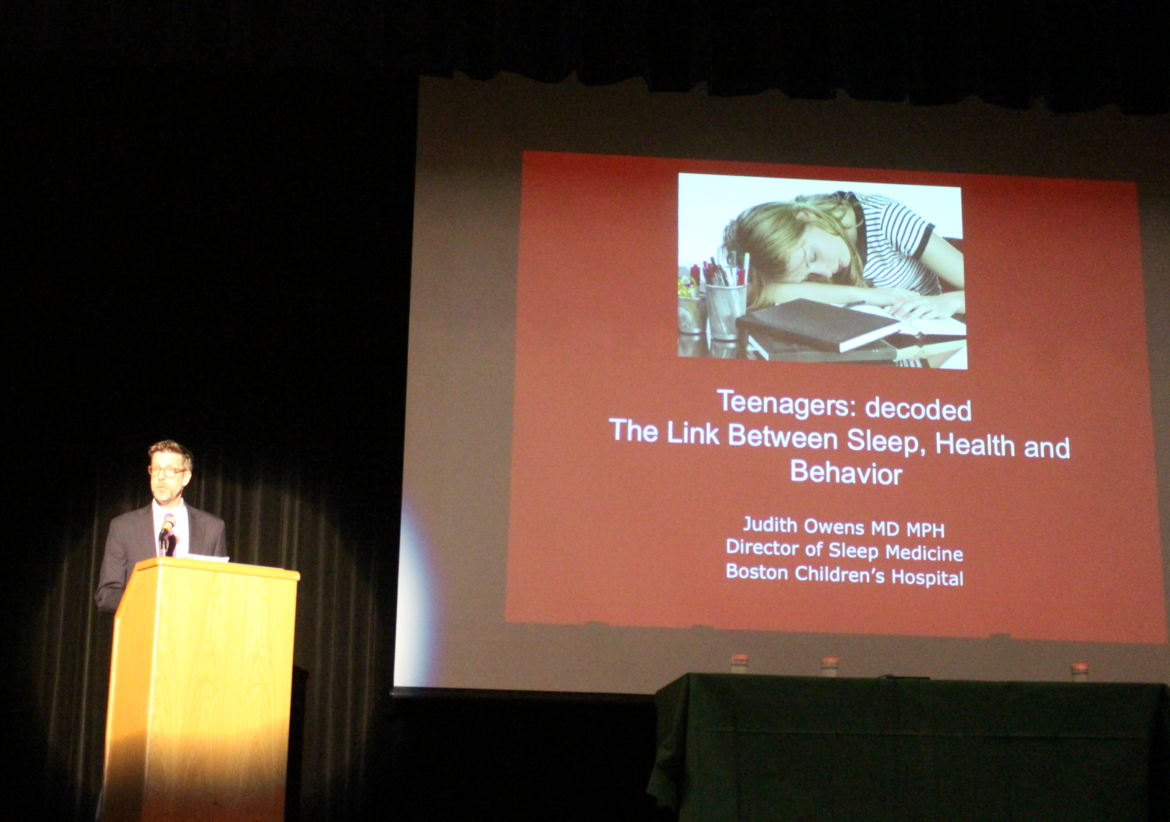