Lamar Karow, the longtime ticket agent at the Greenwich Metro-North train station who has greeted commuters, day trippers and  tourists with the same reassuring voice for years, counted down the hours until the end of his last day on Wednesday.

The Greenwich ticket window is set to close permanently on Saturday Sept. 10.

Mr. Karow said he was using vacation days for Thursday the 8th and Friday the 9th, making Wednesday his last day of work. Another agent will sub for him on Thursday and Friday.

A telltale sign of Mr. Karow’s seniority is evident in the photo on his ID badge, affixed to the end of a lanyard around his neck. The young Karow, with a full head of dark hair, was snapped 25 years ago.

Karow has worked as a ticket agent for 37 years. He worked about 9 years in Greenwich, followed by 4 years in Rye, and then returned to Greenwich where he has worked for the past 9 years.

According to posters at the train station, riders are being encouraged to use the ticket machine on the platform or download the MTA eTix mobile app to purchase tickets directly on a smartphone or mobile device, which seemed ironic when Mr. Karow admitted he didn’t own a smart phone. “I have a flip phone,” he said, adding that he only got it at his daughter’s urging.

As one customer after another stopped by the ticket window to express sorrow and bid goodbye, Mr. Karow was matter-of-fact. “I could have retired five years ago, but I love this job,” he said, adding that he may switch to Rye station. That said, in a system of seniority, his move to Rye, or the move of another with more seniority than Karow, would bump someone there from their job.

“He is an institution,” said a woman who gave her name as Sussanne, a frequent rider to the city from Greenwich for the past ten years. “People in Greenwich can be a little high-maintenance,” she said, hinting at the value of the calming influence of Mr. Karow. “I’ve come here at the last minute, upset, and he is always helpful and says, ‘Don’t worry. We’ll get this done in time,'” she said.

Another rider, Kathryn, said she was sad to see Mr. Karow go. “But I’m glad I got to say goodbye,” she said.

Of the option of buying tickets on a smartphone, Kathryn rolled her eyes. “I can’t stand all that stuff. What a waste of time,” she said. “The world is changing for the worse. I like having him in the ticket booth. It’s more personal.”

Kathryn recalled a time she accidentally left a small bag of possessions on the bench in the waiting room at the Greenwich train station. “I got to the city and they patched me through to Greenwich and he promised to hold on to the bag for me,” she said. “It’s that human touch we’ll all miss.”

Adding insult to injury, while train riders fend for themselves without Mr. Karow, they also face the prospect of a 5% fare hike. Nearby, the ticket windows at South Norwalk and Bridgeport are also set to close permanently. Also, one of the three stations in New Haven is set to close.

The MTA only posted notices of the ticket office’s imminent closing a week ago. Mr. Karow said he learned about his job situation just three weeks ago. 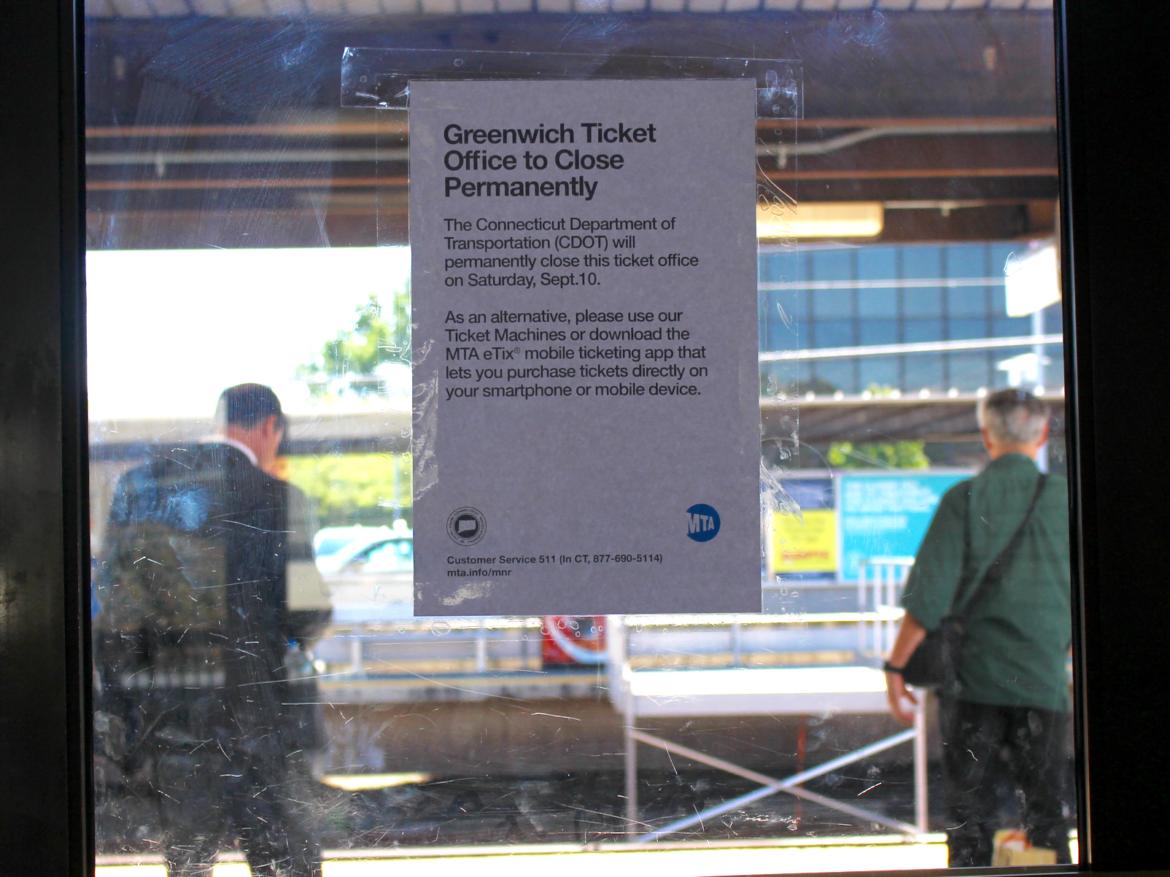 In between selling tickets to customers who paid with cash or credit cards, Mr. Karow said he has enjoyed his job so much because he has been obsessed with trains since he was a little boy. In fact, he said he is the treasurer of the oldest model railroad club in the country. “This is the extension of my love of trains,” he said, gesturing behind him to the window over the track.  “What is better than turning around and looking out the window and seeing the trains go by?”

Mr. Karow said he loves his job because he enjoys interacting with train riders. “I love talking to people, getting them onto the train on time and selling them the cheapest fare,” he said. “And I love watching the trains go by.”

“I have a radio in here,” he continued. “I listen to the dispatcher talking to the trains. When there is a problem or delay, I get on the speaker and give the riders a heads up.”

While customer after customer shook their head in sadness or disgust, Mr. Karow said he felt the same. “I am big time disappointed,” he said.

A public hearing on the ticket window closings and fare hikes is set for Sept. 14, 2016 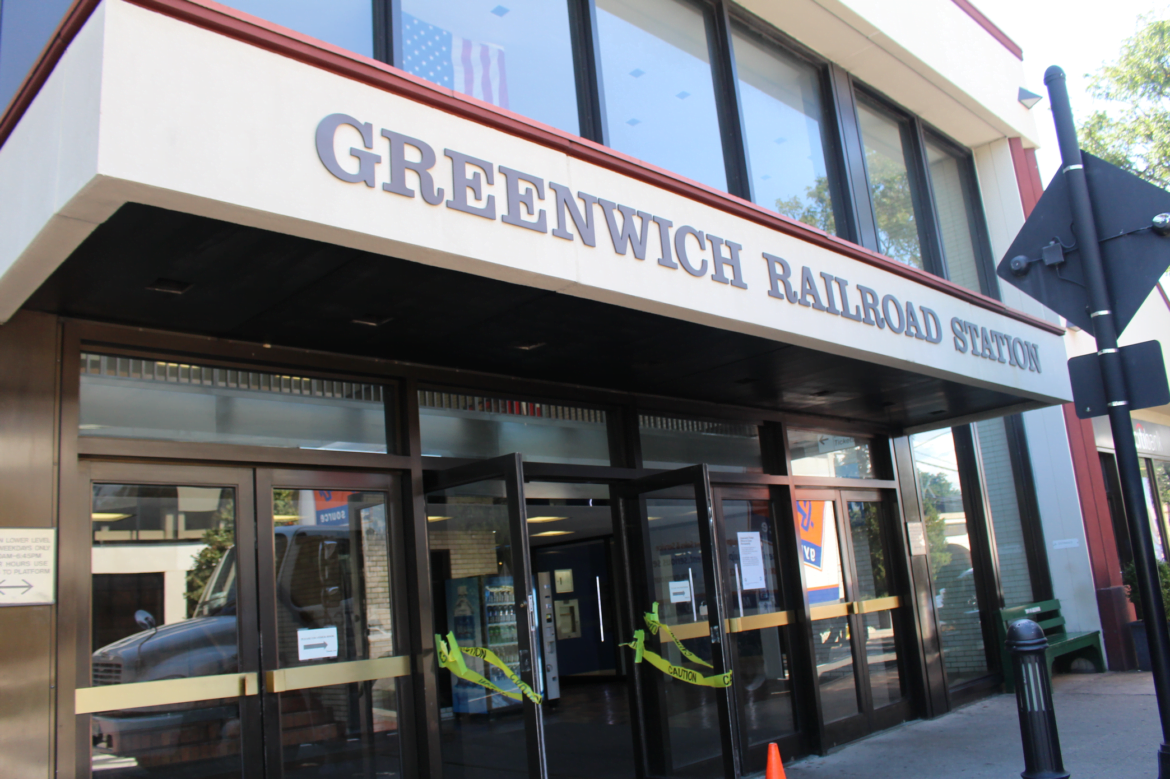