Over 200 swimmers from the Greenwich YWCA Dolphins, Stamford YMCA Sharks and the Boys & Girls Club of Greenwich will compete at what has developed into a wet holiday tradition.

Nearly 60 events will be contested in age groups from 8-and-under to 15-and-over over three days of friendly, yet, fierce competition among the area teams. 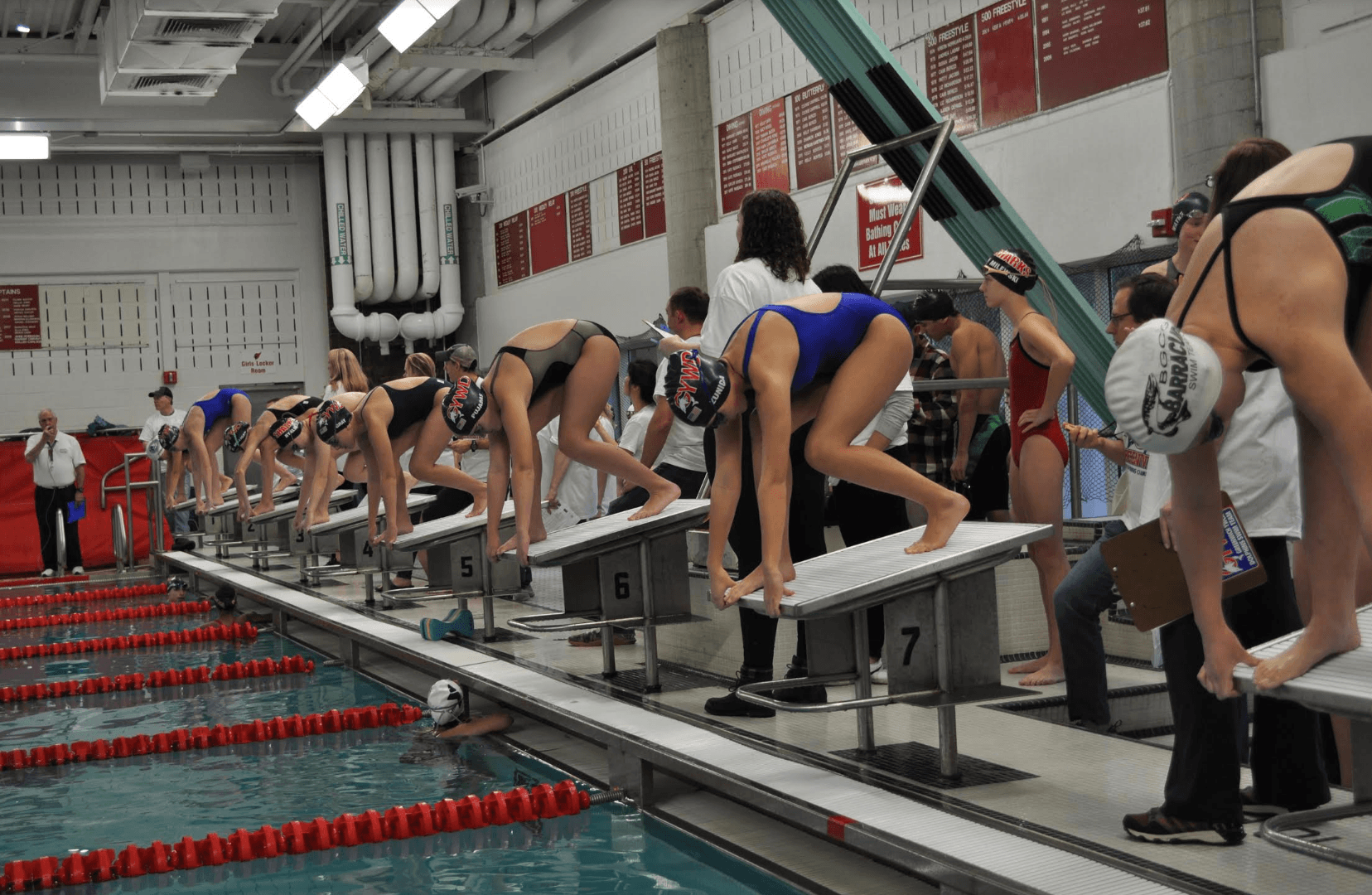 Swimmers getting ready for the water. Contributed photo

The Greenwich town meet gives local teams the chance to compete against other as they prepare for meets across the state and country.

Nick Cavataro, Dolphins head coach, has been directing the meet since the beginning.

“This event gives local students and coaches a rare opportunity to compete with one another in our hometown,” he said adding, “And the competition is tough.”

YWCA Greenwich Dolphins ranks among the top swim clubs in the United States.

For the third consecutive year the Greenwich YWCA Dolphins have been recognized by United States Swimming as a Silver Medal level club.

“The Dolphins work hard to compete at the highest levels,”  Cavataro said, adding, “And the team was thrilled to be recognized again this year as a Silver Club.”

The Dolphins have now been recognized for seven consecutive years by USA Swimming – including four consecutive Bronze level recognition honors prior to the three Silver. Only four clubs in the LSC – Connecticut Swimming, Inc – achieved recognition status, including Chelsea Piers, West Hartford and Ridgefield.