The SCSS Sprites, a Synchro Skills Level 2 line, won gold on Saturday with their confident performance to Motown classic, “Ain’t Too Proud to Beg” by The Temptations.

This level typically incorporates elements such as blocks, crossovers in a circle, 3-turns, lunges, and two intersecting lines. 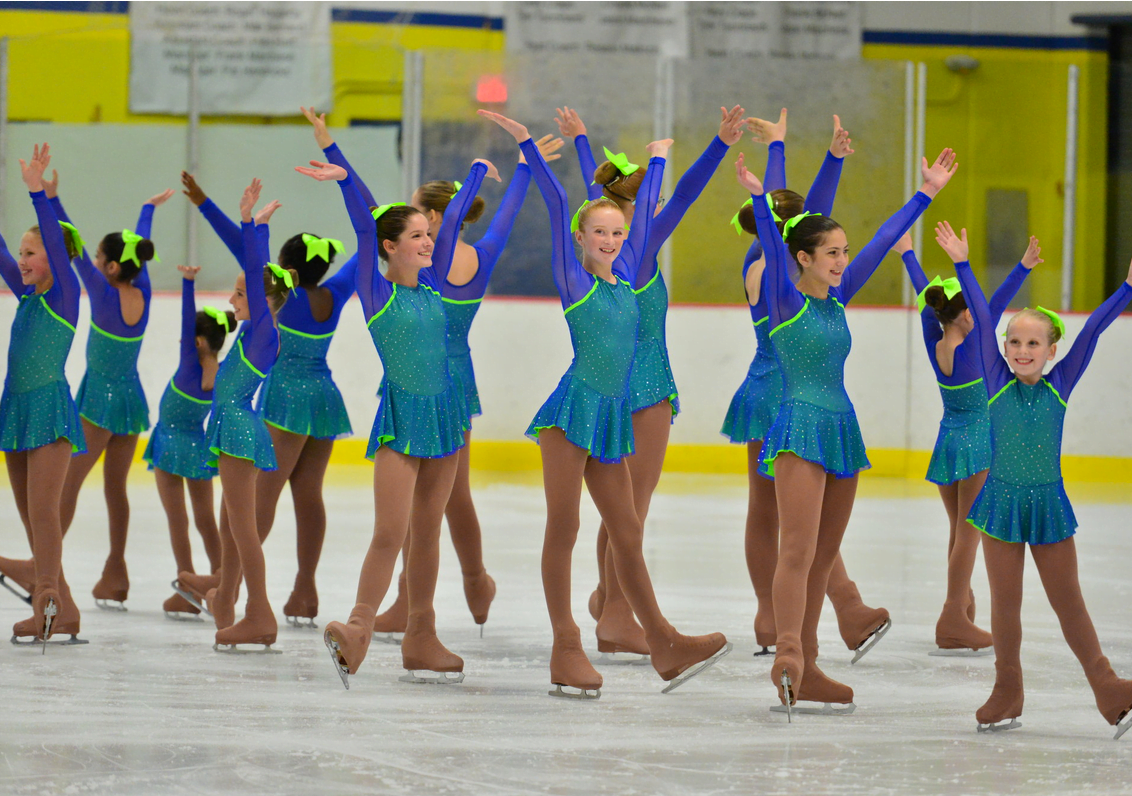 “We worked hard to come together as a team and skated as one,” said Chloe Gerace, a ten-year-old from Stamford.

Facing stiff competition in a group of 10 Open Juvenile teams, the SCSS Shadows came in a disappointing 5thplace with their upbeat performance to Jessica Simpson’s “Swing with Me Baby”. Their routine showcases intricate footwork and advanced synchronized skating elements such as no-hold step sequences, spins, pair moves, intersecting and pivoting lines.

Seventeen-year-old senior Michelle Han from Darien High School said, “While it wasn’t a perfect performance, our presentation really came together today with each of us showing great energy, smiling, making eye contact, and having a really good time. We’re off to a good start and will only get better.”

Over the last five years, the number of participating teams grew from 64 teams in 2012 to 76 teams this year.

“The record number of participating teams point to the growing popularity of the sport. We love to see many familiar teams returning each year and watch how their clubs have grown over the years. We always have a sprinkling of new teams that join us on some type of rotating basis, especially the teams that travel a distance,” said Cathy Kolbasiuk, the Event Chairperson.

The weekend-long event is fully hosted by the team’s parent volunteers, sanctioned by the USFSA, and draws 17 nationally ranked competition judges. Each leveled team consists of 8-20 skaters who perform a program together and is judged on required elements, speed, challenging step sequences, and precision, as well as for style and artistic expression. The variety and difficulty of elements require that each team member is a highly skilled individual skater.

For more information about the SCSS team, visit: www.terryconnerssynchro.org or Like Us on Facebook at: Southern Connecticut Synchronized Skating. 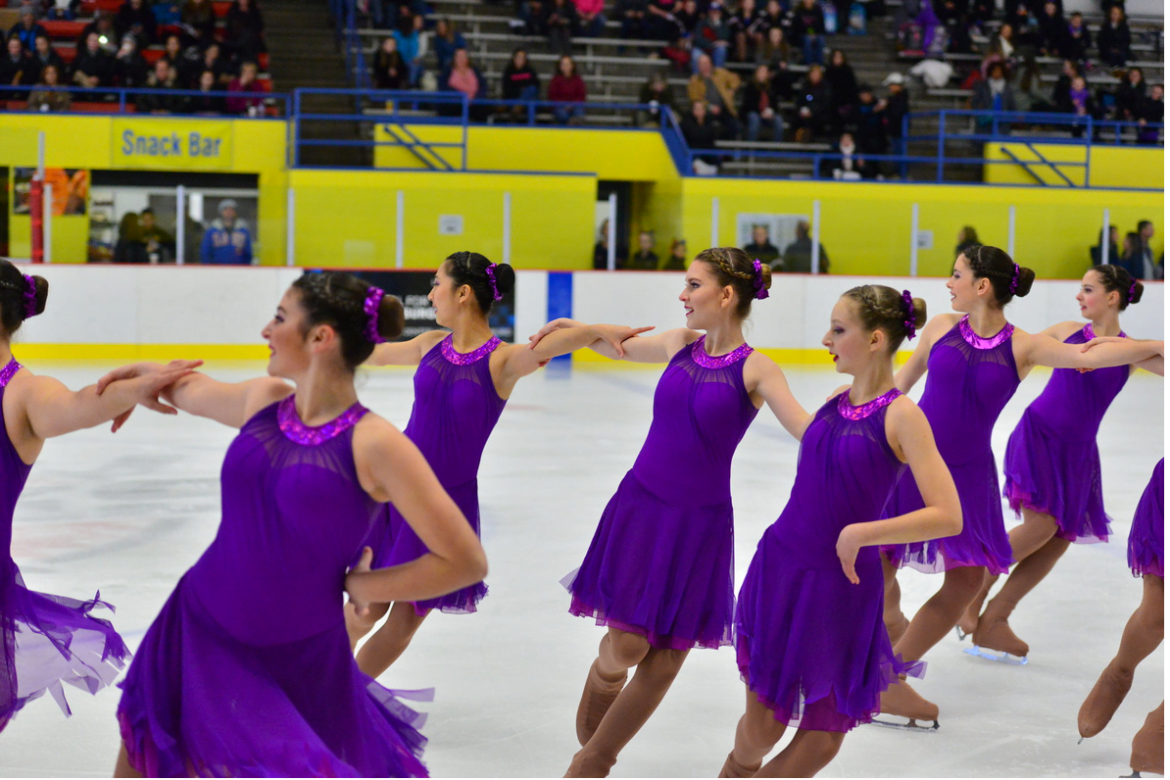 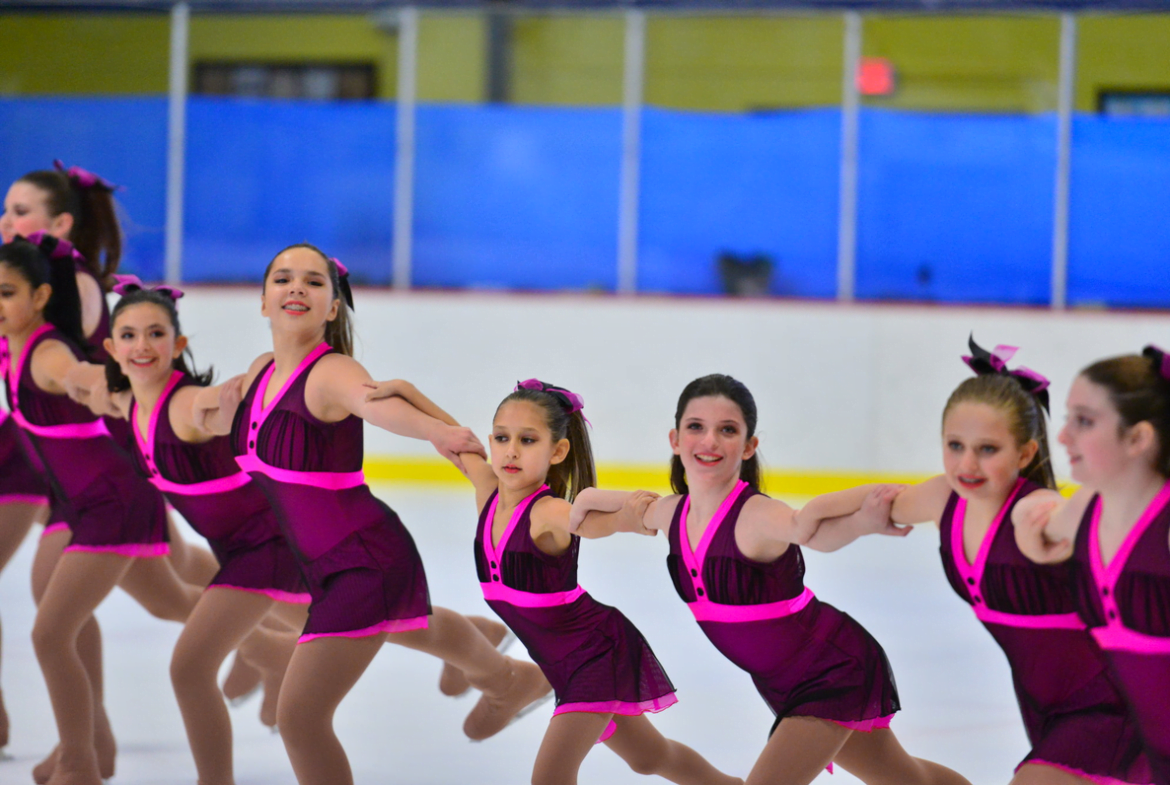